Tractable has raised $25 million to expand the reach of its AI- and computer vision-based platform that automates insurance claims processing.

The London-based startup has developed technology that effectively eliminates the need to have a claims adjuster physically inspect a house or car after a disaster or accident in order to generate a repair estimate.

Using computer vision and its algorithms, Tractable lets insurance companies make such estimates based on photos that their customer can take and upload.

“Our mission was to build AI that would have a real impact,” said Tractable cofounder and CEO Alex Dalyac. “We’ve trained an AI that can understand the damage and tell you how much it will cost to fix it.”

Tractable is part of the broader movement of AI startups tackling the insurance market. These include Corvus, which focuses on risk analysis; Huckleberry, which matches small businesses with insurance plans; and Shift Technology, which helps fight fraud.

Dalyac cofounded Tractable in 2014 with Razvan Ranca and Adrien Cohen, who had separately worked on computer vision and AI projects. Initially, the group felt they had created some interesting technology that lacked a focus.

The founders decided they needed to identify a narrow vertical that would be rich with potential information and began looking at insurance claims, which still relied on onsite visits by an expert who filled out paperwork to generate an estimate for a repair. That process can be tediously slow, particularly for an accident victim eager to get the repairs going.

With Tractable, that client can take pictures of the damage and upload them to the main system. In the case of a car accident, the Tractable system uses its computer vision to analyze the damage and compare it against visuals of an undamaged vehicle.

The team has spent several years training the algorithm to diagnose damage based on data harvested from the image. That work has included feeding databases of vehicle makes and models into the system, along with complex data about other insurance claims.

The result, according to Dalyac, is AI that can quickly and accurately analyze the damage, identify needed repairs, and match the claim to the best repair shop. Because not all damage may be visible, part of the AI matches the data from the images with similar accidents to project what other repairs will likely be needed.

Tractable has built a similar system for disaster claims related to houses. 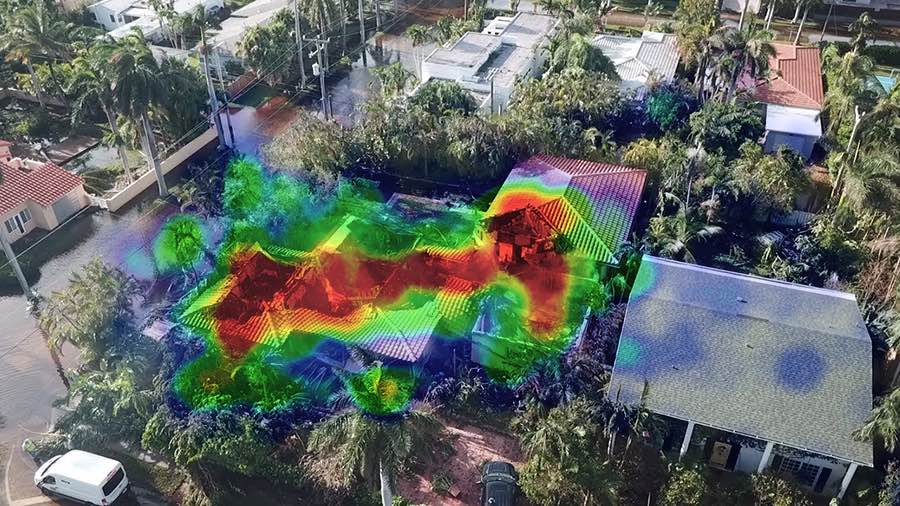 Georgian Partners led the most recent round of funding, which included participation from previous investors, such as Insight Partners and Ignition Partners. Tractable has now raised a total of $55 million.

Tractable already operates across Europe, parts of Asia, and North America. The latest funding will allow it to expand in those regions beyond the nine companies were it currently operates. It has already managed to quietly attract some major insurance partners, including the U.K.’s Ageas, France’s Covéa,
Tokio Marine of Japan, and Talanx-Warta of Poland.

In addition to London, the company has offices in New York City and Tokyo. Tractable currently has about 100 employees.