The company’s substantial seed funding comes at a time when companies across the technology spectrum are struggling to stave off incendiary and indecent behavior. It’s near impossible to monitor large online platforms manually, which is why automation and AI are playing an increasingly bigger role in the gatekeeping process — but even then, it’s not possible to detect every piece of abusive content. Moreover, technology companies have other priorities — such as making more and money and growing their user base — beyond detecting every edge case. And this is where L1ght is hoping to carve its niche, with a focus on safeguarding children.

“We strongly believe that the burden of responsibility to keep children safe online is on the developer, not the user,” L1ght cofounder and CEO Zohar Levkovitz told VentureBeat. “It’s the social networks themselves that must create and integrate protection all the way from the design stage. We provide the tool for networks to do this.”

Founded in 2018 originally as AntiToxin, L1ght is essentially an API that can be used by online platforms to help identify and manage toxic content, which could be on social networks, messaging apps, hosting providers, gaming platforms, and works across text, audio, video, and images.

The way its technology works depends on the platform and what the client is looking for. “If we are working with a messaging service, we can analyze communications to identify predatory behaviors, whether that be cyber bullying or shaming,” Levkovitz said. “If we are working with a hosting company, we can analyze millions of websites to identify negative types of content.”

L1ght provided this mockup screenshot of a dashboard as the technology might be used by a hosting provider to scan various websites for toxic content.

Above: A mockup dashboard of how one of L1ght’s products might look when used by a hosting provider

L1ght also tailors its pricing strategy depending on the use-case, for example a social network might pay a per-user fee whereas a hosting company might pay per website.

“We know that companies are willing to invest a lot in their cloud security, so why wouldn’t they invest just as much in the security of their users?,” Levkovitz said.

The genesis of L1ght came when Ron Porat, L1ght’s chief technology officer and cofounder, found his son was approached by a predator while playing an online game. He then hooked up with Levkovitz, who also has children, to launch L1ght and they hired a team of AI specialists, psychologists, and anthropologists to figure out ways to identify content that could harm children.

“As both a father and entrepreneur, L1ght’s mission statement is very personal to me,” said Levkovitz. “My cofounder Ron Porat and I started L1ght because we saw the dangers our children were facing online and felt not enough has been done to address these problems. Our main priority has always been to keep kids safe and this investment is further proof that our technology can accomplish that.” 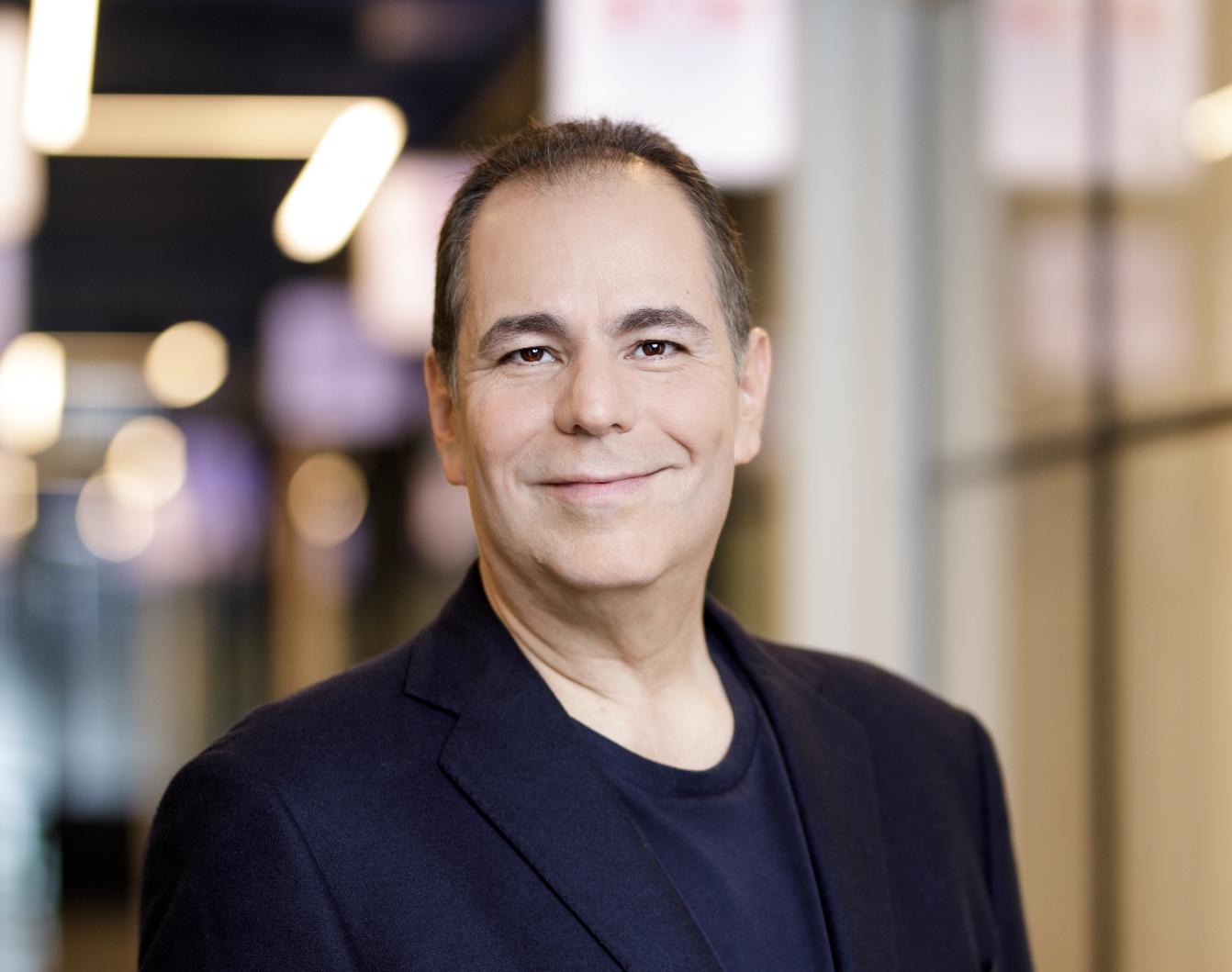 With $15 million in the bank, the company said that it plans to invest in R&D and scale its platform “to meet market demand” for a scalable solution to detecting toxicity and abuse online.

“After working with Zohar and his team for quite some time we are confident L1ght is uniquely positioned to help solve this massive societal problem,” noted Tribeca Venture Partners’ managing partner Chip Meakem. “Now, the real work begins, which is to distribute L1ght’s proprietary algorithms to major online platforms and providers across the globe.”

L1ght is one of a number of startups that are looking to help the technology sphere safeguard children online through automatically detecting questionable content. Swiss startup Privately also makes AI-infused software that developers and device makers can integrate to improve privacy and protect against threats such as cyberbullying. Its clients include U.K. broadcaster the BBC, which launched a Privately-powered keyboard app last year that warns, prompts, and serves up real-time advice whenever the it detects something untoward. 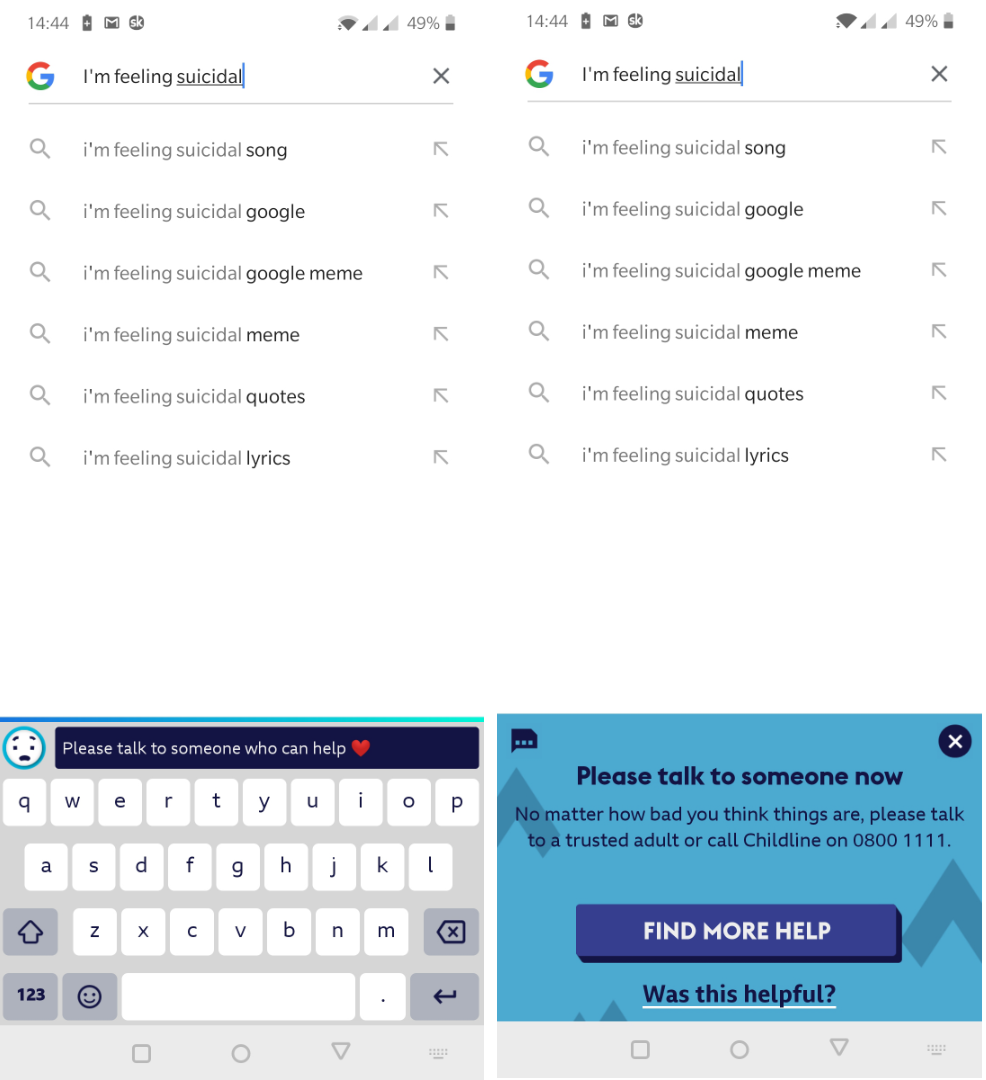 Above: BBC Own It: Feeling suicidal?

More broadly,  L1ght and Privately tap into a growing trend that has seen all the big tech companies invest significant resources in digital health and wellbeing tools. Last July, Instagram introduced a new automated feature that warns users before they post abusive or bullying comments beneath photos or videos, and this was later expanded to captions. Meanwhile, Alphabet offshoot Jigsaw is working with publishers on technology that enables users to filter out abusive comments, and it recently released a huge dataset to the public.

While these various efforts may be partly designed to quell the growing tech backlash, they also serve a more immediate business purpose — people will be more inclined to go online and use a specific service if bullying and abuse is less rampant.

Instinctively, the big technology platforms — the ones with millions or billions of users — would just continue to develop their own technology in-house rather than using third-party APIs. But Levkovitz is adamant that by focusing purely on technology for fixing the toxicity problem, it will appeal to companies of all sizes across industries.

“We applaud any efforts that major technology companies make to eradicate online toxicity,” he said. “At the same time, though, we know that these tech behemoths will never be able to devote 100% of their resources to tackling this problem, because their goal is to grow fast at all costs. They have other priorities and this issue requires full time attention. Our mission is solely dedicated to protecting children from harmful online content. Our AI is more complex and sophisticated than the other technologies currently available — while other solutions search for keywords or flag offensive comments, we make sense of a conversation’s context.”

In terms of who L1ght is currently working with, the company said that it has “several active customers,” but isn’t at liberty to divulge who these customers are. “At this stage, none of our customers can be named publicly,” Levkovitz said.