Despite all the fanfare around how driverless cars could transform cities and make roads safer, the transition to a society where fully autonomous cars rule the roost will likely be just that — a transition, one that could take decades longer than recent hype would suggest. There are myriad reasons for that, such as technological, regulatory, and infrastructural hurdles, meaning that even when driverless vehicles begin to gain meaningful traction on public roads, they won’t necessarily always be able to manoeuvre entirely without human intervention.

And this is the scenario that Sweden’s Einride is preparing for. The autonomous trucking startup is betting on a hybrid future, where teleoperators are on-hand to take over remotely when the circumstances require it. Einride has been in the midst of hiring remote truck operators for several months, a process that will kickstart in its native Sweden followed by similar hires in the U.S. later this year — the company plans to make around 20 such hires over the next 18 months. A key advantage of this new role is that each operator could eventually be able to monitor and control as many as ten vehicles at a time, and the company is today showcasing this setup for the first time.

Founded in 2016, Einride has raised north of $30 million to build and bring to market electric trucks which are designed from the ground up to have no drivers inside. Indeed, the “pods” — which are designed to carry all manner of freight — have no physical space for humans to sit. The pods have been tested no-site at its customers’ facilities, and on public roads in Sweden, since last May. 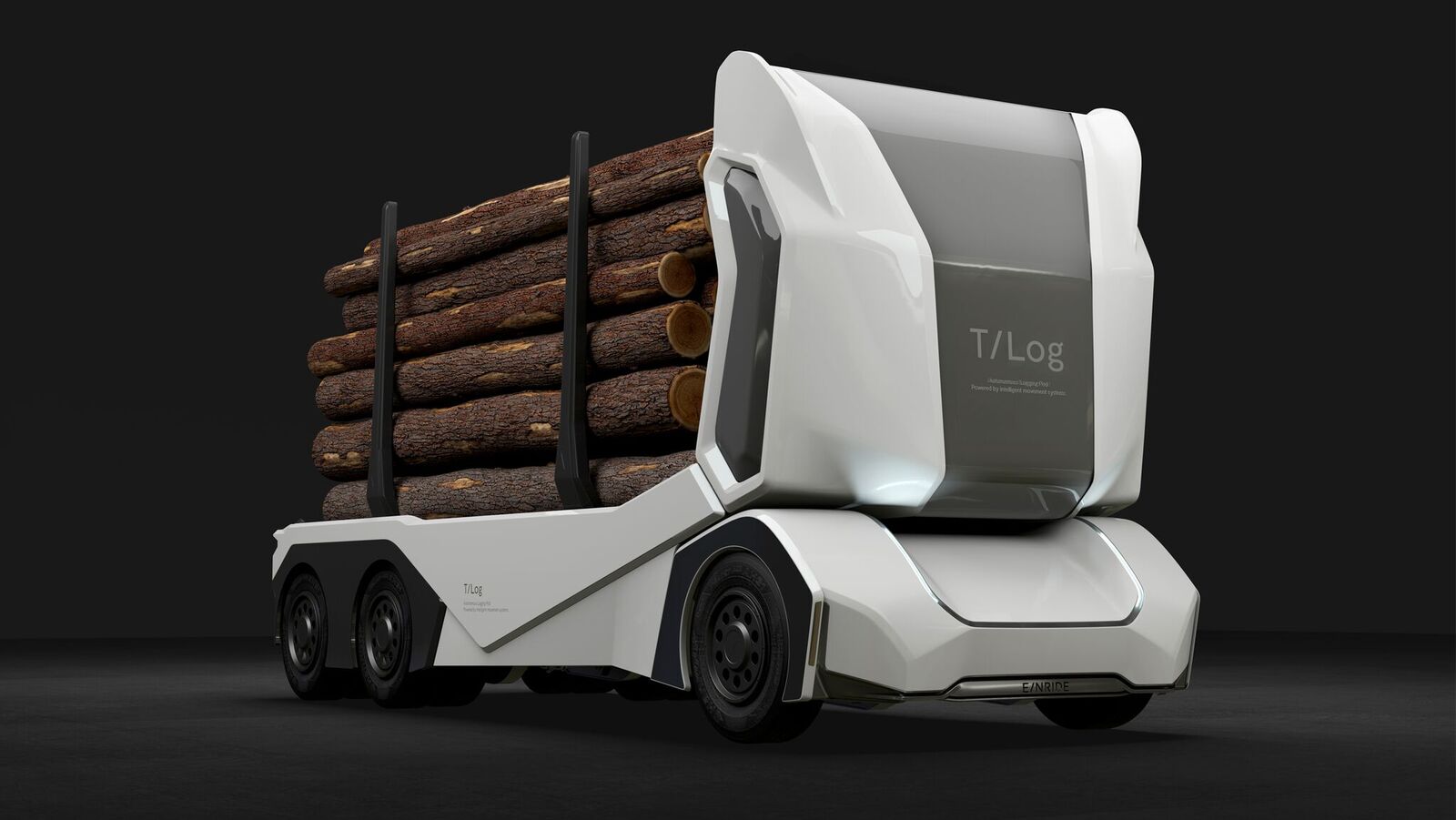 Above: A rendering of the T-log

Although the trucks are designed to drive themselves without any human intervention, there are countless scenarios that may require human intervention. For example, local regulations may stipulate that autonomous vehicles can only drive completely autonomously on highways, requiring humans to take over from a remote location when the truck hits busy urban thoroughfares. Moreover, the trucks could encounter any number of unforeseen situations, such as complex obstacles that are blocking the road or intricate parking maneuvers.

This is a tacit acknowledgement that autonomous vehicles won’t always be up to the task of humans at first, and it may take them a while to “learn” every scenario. “As development continues, the Pod will be tested and operated in more complex driving environments,” a spokesperson told VentureBeat.

A new video released by Einride gives a glimpse into what its hybrid autonomous vehicle future looks like — teleoperators will sit inside a remote drive station, replete with a screen and steering wheel. When a truck is in autonomous mode, the operator can simply monitor what’s going on to make sure everything is running smoothly. When needed, they can commandeer the vehicle with the tap of a button.

If another vehicle in the fleet gets into trouble, the operator will see a message on their screen and they can switch to that instead.

Above: Einride teleoperator switching to control another truck

The infrastructure required for this system to work at scale should not be ignored — significant bandwidth will be required to enable real-time remote control of these trucks, which is why Einride partnered with Ericsson and Telia to install 5G at a facility belonging to freight giant DB Schenker back in 2018. DB Schenker has been a test partner for Einride, showing how driverless trucks could make logistics hubs more efficient.

“The remote operation and oversight of autonomous vehicles require robust real-time video and data transmission, managed through a secure channel over often insecure infrastructure,” Einride CTO Pär Degerman said. “With this milestone, we are laying the technical foundation for swift and easy switching between vehicles as well as the ongoing scaling of this functionality.”

It’s also worth noting here that remote operators can be based anywhere, meaning that if one of them is already busy controlling one truck, someone based at a drive station somewhere else can take over if needed.

At first, Einride’s drive stations will be set up so that a single operator can control two vehicles, however plans are afoot to expand this over time to include as many as ten. It also promises to increase productivity and efficiency — in the real world, a driver may have to hang around for an hour or more as a truck is loaded, unloaded, or rejuiced, whereas in an Einride world the remote controller can simply put their attentions elsewhere.

Related posts:
Best News
Nintendo UK Reveals Further Details On Bowser’s Fury Plot In Super Mario 3D World
PSVR Finally Has A Japanese Train Simulator… Only In Japan
plavix expiration
Capcom teasing Resident Evil PS1 Trilogy Remaster? RE Showcase reveal predicted
Fnatic's Raven reaches 11K MMR
Recent Posts
This website uses cookies to improve your user experience and to provide you with advertisements that are relevant to your interests. By continuing to browse the site you are agreeing to our use of cookies.Ok