Yesterday we got our first look at the new Space Jam movie, starring LeBron James, Don Cheadle, and a bunch of Looney Tunes. We’ve already seen a few of these characters, and they actually stand up surprisingly well in CGI. However, there’s one character already dividing opinion: Lola Bunny. At first, this seems like people are mad that a cartoon rabbit isn’t sexy anymore, but I think there’s a bit more to it than that.

First, let’s look at the old design. Lola Bunny wore a crop top and short shorts in the original, Michael Jordan-led flick, and had long legs, curved hips, and was generally confident, fun, and was one of the film’s brightest sparks. Everyone thought she was hot, basically. She was designed almost as a basketball playing rabbit version of Jessica Rabbit, who confusingly was not a rabbit. There are a few designs of Lola circulating which are not actually from the film itself – and I don’t just mean the obviously NSFW ones – but sexuality was a major part of her character. All of this in a kids’ movie where cartoons beat aliens at basketball while Michael Jordan elongates his arm to twice the length of his body.

So, was the sexiness out of place? Honestly, I don’t really think so. A little bit over the top, maybe, but the film was rated U and people of all genders remember it fondly. It’s based on a cartoon series where male characters often have their hearts pop out of their chest and tongues roll out of their mouths when they see a pretty lady, so you might expect it to be a bit OTT anyway. And it’s not like Lola is just there to be looked at either. Air Jordan aside, she’s the best player on the team, she drives the story forwards, and she gets far more action than a lot of the better known Looney Tunes. You could reasonably argue it’s her movie. The scene where she struts out onto the court like a model, catwalk style, while the lighting shows her as just a curvaceous silhouette is probably a little much, but other than that, I don’t think there’s much to make a fuss over. 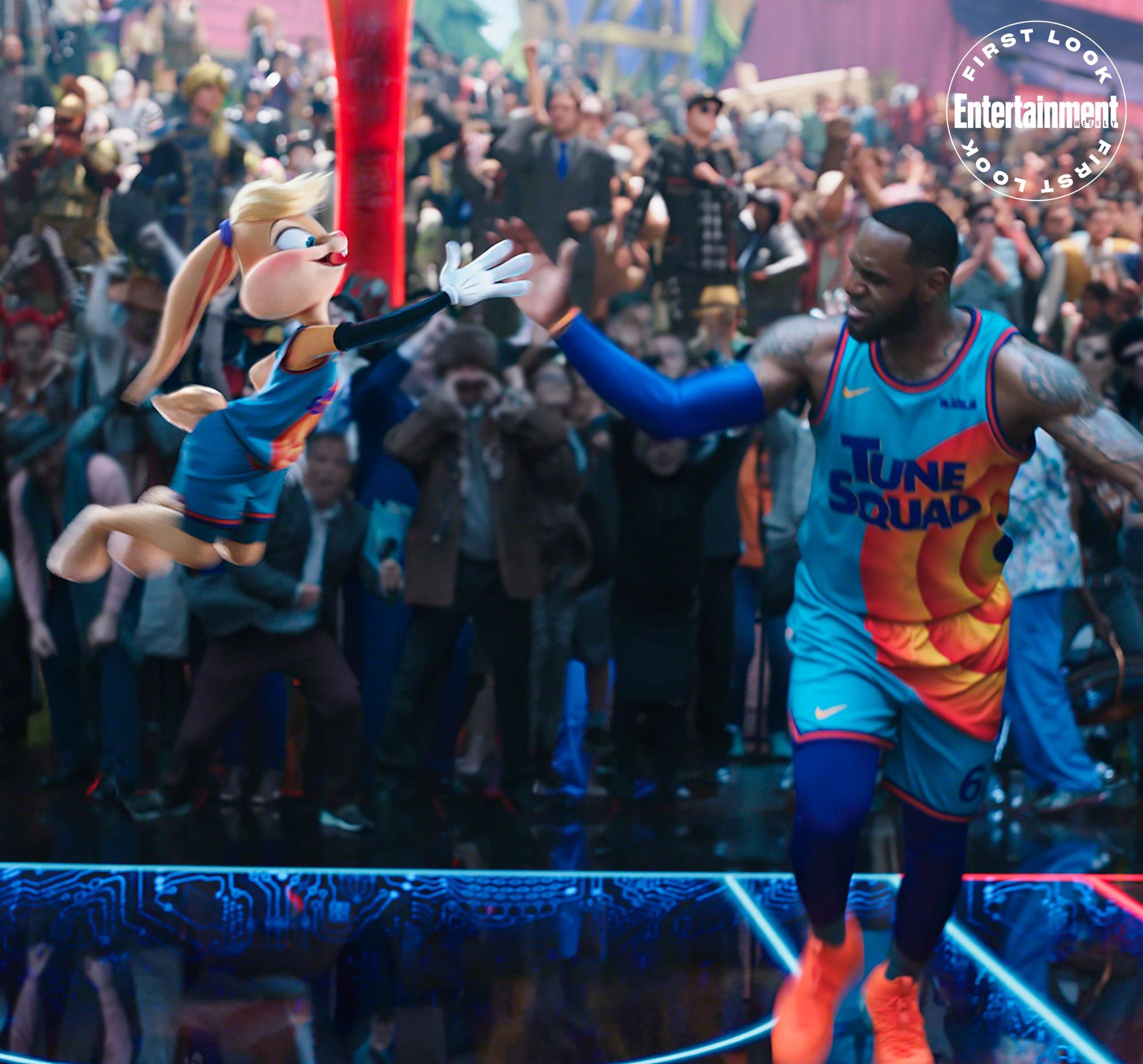 That said, I don’t think there’s much to make a fuss over with her new design either. She has a smaller chest, but I think it’s a bit weird that these cartoon animals have breasts anyway. We know they’re supposed to be girls from the voice, the long lashes, the names, the fact people call them “she”… the breasts are just silly. Lola also has a baggier uniform rather than a crop top, and her legs are less curvy – although in fairness, the curviness came and went in the original depending on the scene, so a little consistency might be for the best. If you still really want to look at the hot bunny rabbit, she does still exist in the 1996 original too.

Director Malcolm D. Lee says the change was made because he was caught off guard by original Lola’s “very sexualized” look. “This is 2021,” Lee said. “It’s important to reflect the authenticity of strong, capable female characters.”

This is where Lee catches me off guard. Lola was incredibly strong and capable in the original, and while I understand the redesign and have no complaints over it in principle, I’m not sure I like the insinuation that women cannot be both sexy and strong. I’m all for this idea of authenticity, and we saw something similar in games with the tweaks to Lara Croft’s redesign in the reboot: a redesign that I think was necessary for the direction of the series and for this new iteration of the character. Lee knows Lola in the new Space Jam more than I do; he directed it after all. Maybe he just chose some clumsy words. But the fact that Lola was confident in her womanhood while being sporty was a major part of why she was so beloved, and hopefully that is allowed to remain. For one thing, it at least means she no longer has that silly walk-on strut.

Here’s where things get even more complicated. I don’t think the 1996 Lola or the 2021 Lola are the best version of Lola. My favourite version of Lola is from the 2011 cartoon series The Looney Tunes Show, and I think pretty much everyone who watched that show would agree. In that, Lola was desexualised in a similar way to 2021’s version, but that was a smaller project so nobody really cared. Everyone who actually liked the show agreed that she slotted into the universe much better by having a toned down design, but the show didn’t just take away, it also gave. Lola was reimagined as an off the wall Valley Girl, a clingy and hilarious stalker with a sense of humour that flipped between dry and zany whenever the situation called for it. She made The Looney Tunes Show what it was, lighting up every scene she was in, with every scene without her feeling like it was missing something.

I’m not sure how this Valley Girl persona would fit into Space Jam, and I’m not even sure I would want it to. But it’s worth remembering that for cartoon-heads like myself, Lola Bunny is much more than just the sexy one from Space Jam; although to be honest, she was more than that in Space Jam anyway.

I think a lot of the chatter around the redesign is just people having fun, but if you’re really upset that the sexy rabbit isn’t doin’ it for ya anymore, I reckon you should just try and dig out an old Space Jam VHS and just watch that on repeat. Lola’s a much better character than you’re giving her credit for if all you remember is her chest and hips, and I hope Lee’s take on her is a slam dunk this summer.

Next: WandaVision Ending: A Spoiler-Filled Breakdown 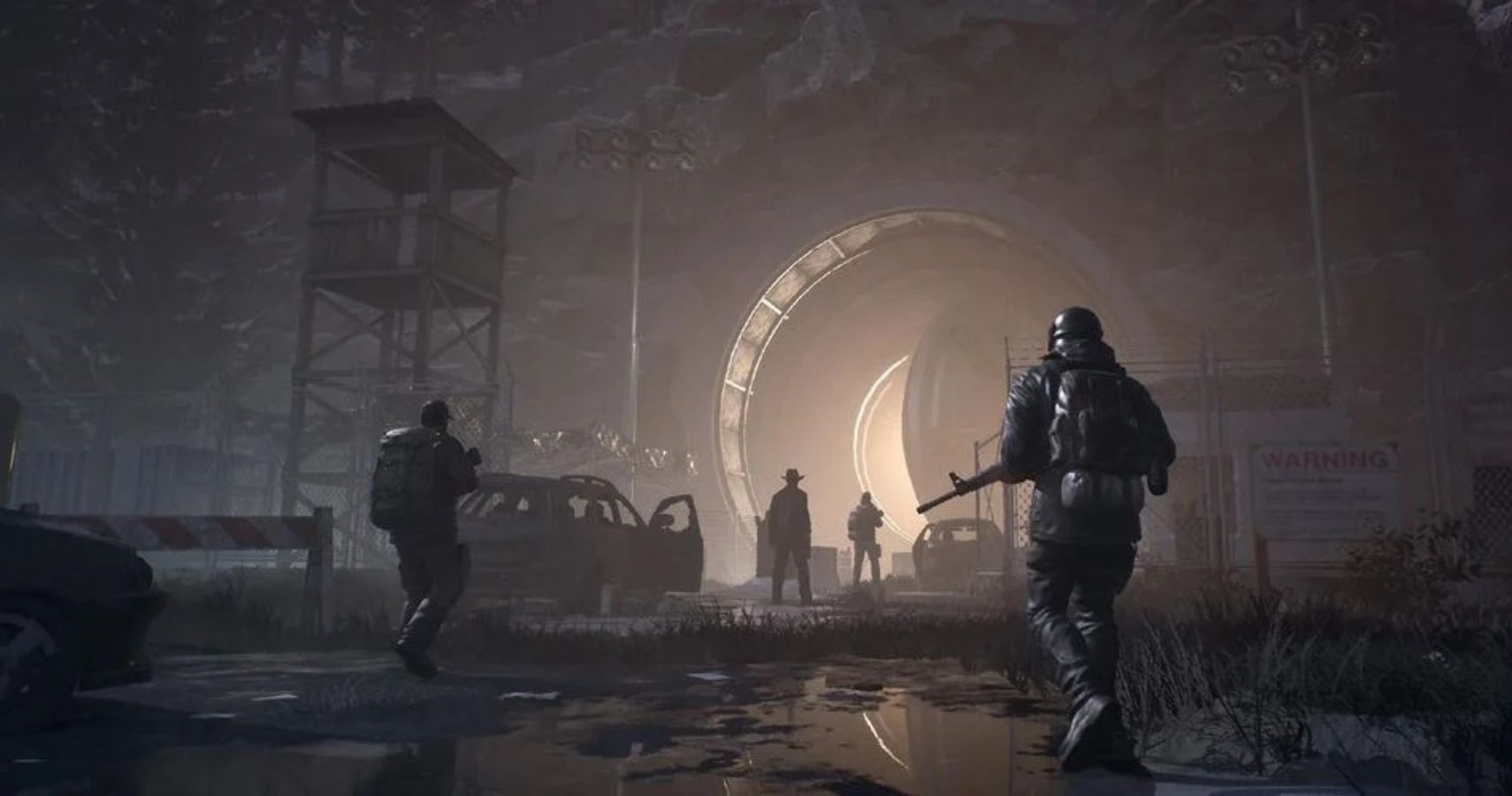