Wardell Is The Purest Soul In Animal Crossing: New Horizons

Over the holidays I played a worrying amount of Animal Crossing: New Horizons' Happy Home Paradise DLC. Designing garish holiday homes for the wealthy elite was a great way to while away all those uneventful evenings spent motionless on the couch. The DLC also introduces a bunch of new characters to the game, including Lottie the otter (returning from Happy Home Designer and New Leaf), a tiny monkey called Niko with an annoyingly shrill, high-pitched voice, and best of all, Wardell, a softly spoken manatee.

If you've played Animal Crossing, you'll know that the villagers you share your town with love to talk. In my town, Sandy Cove, there are some real chatterboxes. Mac the exercise-loving dog is always boasting about how ripped he is. Papi the lazy horse never shuts up about how much he loves eating snacks. Kabuki the grouchy cat forever has something trivial to gripe about. Talkative villagers are all part of the Animal Crossing experience, and I still love these idiots. Most of them have been with me for years. But sometimes they do talk some absolute shit.

That's why Wardell is a breath of fresh air. He mostly hangs out in the Happy Home Paradise office, manning (or manateeing) the furniture store. But unlike pretty much everyone else you meet in New Horizons, when you talk to Wardell, you don't get much out of him. He speaks in short, clipped sentences, often trailing off part way through. Sometimes he doesn't say anything at all, responding to your chat prompts with total silence. He's the complete antithesis of your typical Animal Crossing character and I love him for it.

He doesn't really do anything either, so I'm not exactly sure why he's captured my imagination so much. He just stands around 95 percent of the time with that blank look on his face. But there's something about him. Something calming. In a world full of hyperactive, wittering attention seekers, Wardell is an unflinching monolith of serenity. I don't know if he's shy or just doesn't like speaking much, but either way, the fact he barely utters a word is precisely what makes him special. He's modest. Polite. The kind of guy you could trust with a secret. 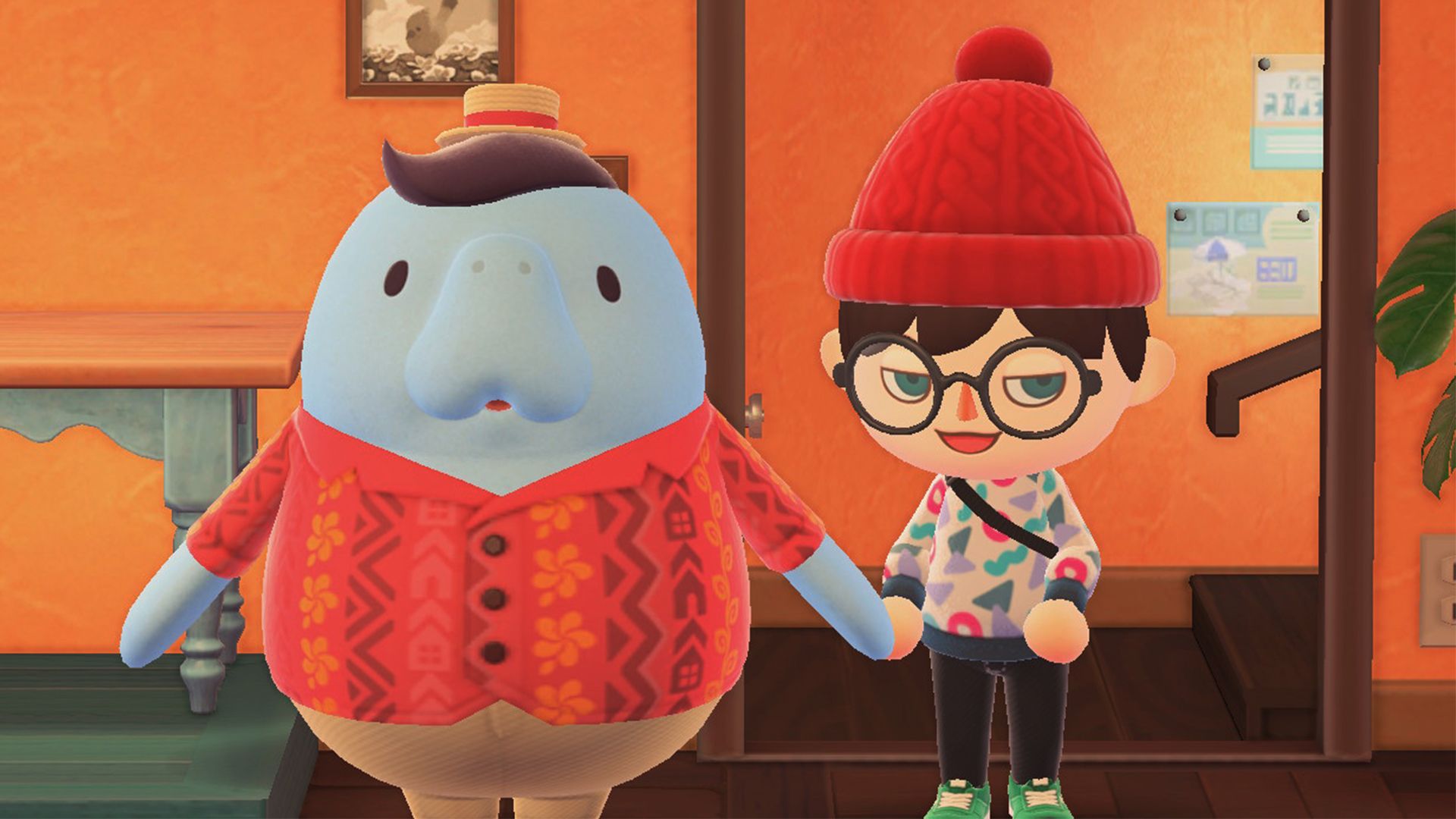 I was lucky enough to score Wardell in a pack of Amiibo cards, and I immediately invited him to The Roost for a coffee. I wondered if maybe this would make him open up. Maybe I'd see the real Wardell? But nah. He just sits there sipping his coffee in silence. I nudged him a few times, looking for a response, but he'd just turn and look at me. One time he said the coffee "smells so soothing", which for Wardell was like a deep window into his soul. He makes Brewster, The Roost's almost-as-quiet proprietor, seem like a fountain of conversation.

The people who make Animal Crossing: New Horizons are brilliant at imbuing the most minor characters with heaps of personality—from the character art, to the writing, to the industry-best localisation. Very few games ooze this much charm, seemingly so effortlessly, and Wardell is the latest in a long line of memorable supporting characters, joining the likes of Kapp'n, Pascal, and Isabelle. Hopefully he appears in future games and expansions, because Animal Crossing needs more characters who understand the virtue of silence.