Metacritic is a great site. Not because it servers as a central repository for everyone to offer their opinions on any specific game, but because it aggregates all those opinions together into a simple, easy-to-understand number. If a game’s meta score is 100, you know it’s great. If it’s less than 50, you know it’s god awful.

User scores are a little less useful, because users don’t really have to hold themselves to any sort of standard. Users will give a game zero out of ten not because it’s the worst game of all time, but because they didn’t like the game’s microtransactions, or maybe they hated the voice actor who portrayed the main character.

Although user scores tend to be harsher than critic scores, the two still generally follow each other–at least, for most games. But there are a few games where the users and critics are at complete loggerheads, unable to reach consensus for one reason or another.

TheToyZone performed a meta-analysis of every Metacritic review on the site – that’s some 24,000+ reviews where critic and user scores are compared to see which ones are at the greatest odds. User scores are multiplied by ten to be on the same 0-100 scale as the critic scores, and then they calculated the top 20 games where the difference between the two is largest.

So, are the players right or are the reviewers right? Read on to find out. 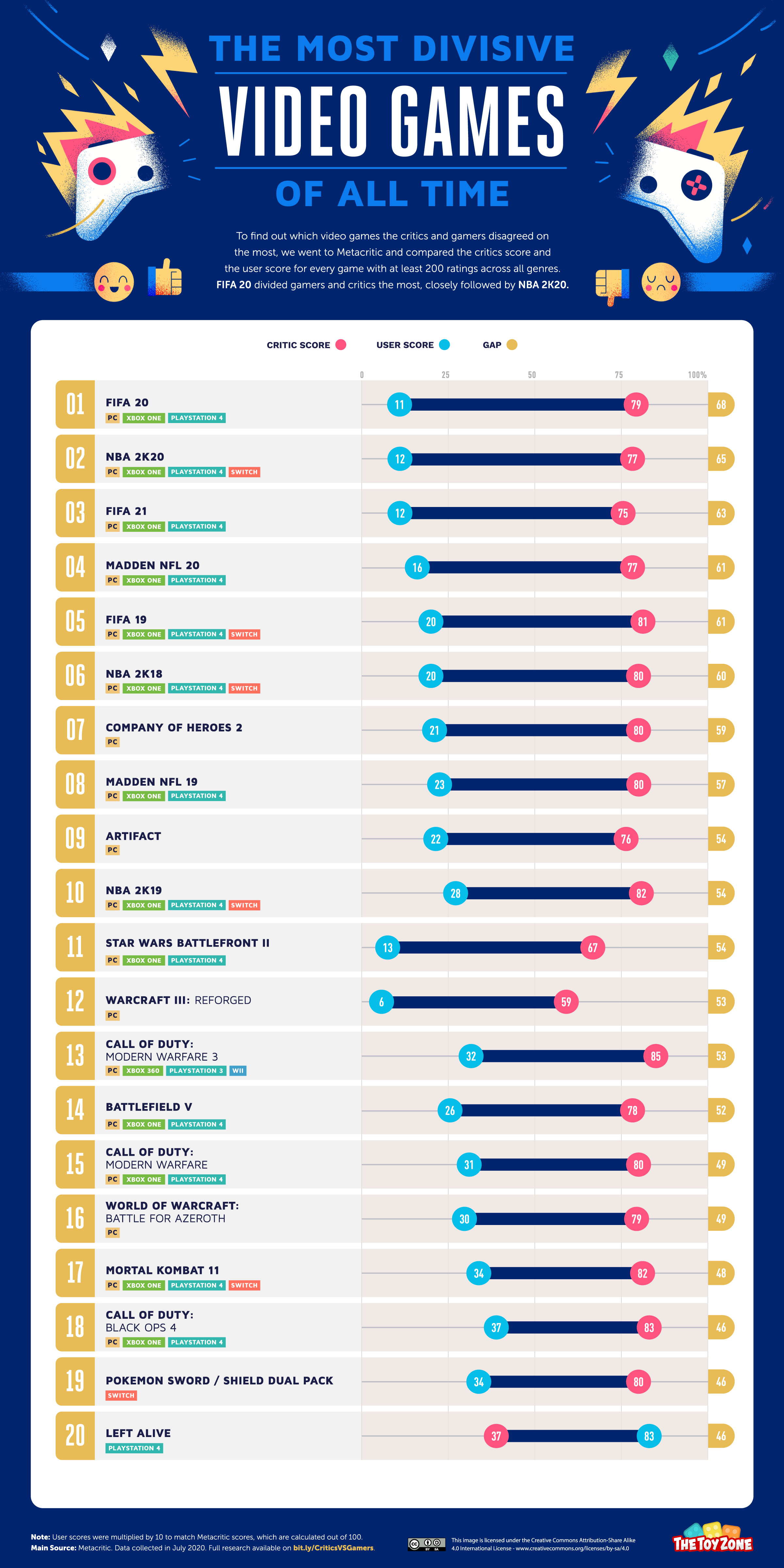 Topping the list are several famous sports franchises, including NBA 2K, FIFA, and Madden NFL. And if you’re a fan of sports games, you probably already know why critics are somewhat more charitable than users when it comes to sports games.

It’s the same thing every year–a new game comes out with perhaps one or two slight variations, but everything else is mostly the same. It’s basically like paying $60 for a roster update every year.

This year has been particularly egregious, with fans even going as far as calling for a boycott of future EA sports games. User scores for FIFA 21 and Madden 21 are the lowest in Metacritic history, and even some critics are finally acknowledging that paying full price for a minor update compared to last year is price gouging at its worst.

For NBA 2K20, it was a different issue. 2K Games decided that they wanted to maximize profits at the cost of the player experience by putting in unskippable ads during the game’s loading screens. The argument from 2K was this makes it more like the television experience, but players know this is just another example of a greedy corporation maximizing their investment at the player’s expense. 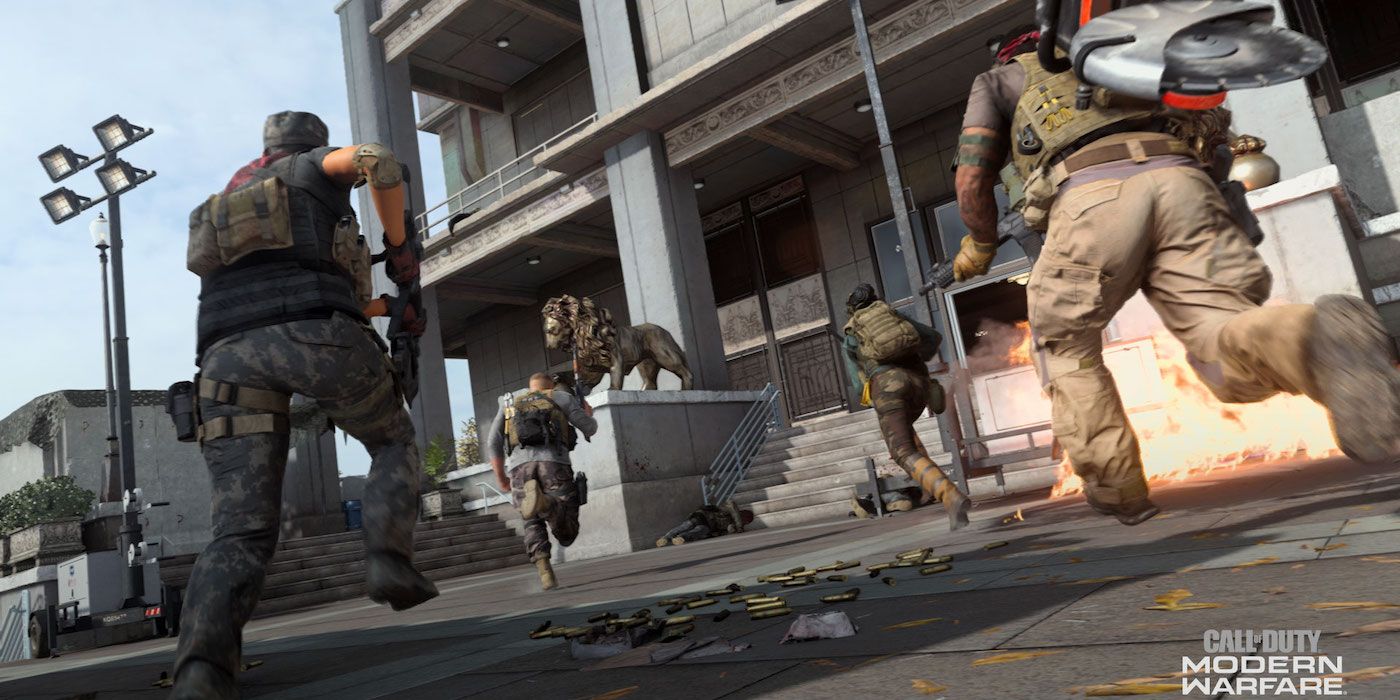 In modern times, review bombs have become a sort of collective resistance from players. Bombing a game sends a message, and although it’s often a political one (which sometimes doesn’t even have anything to do with the game), other times it’s a message that the critics missed something.

Take Artifact, for example. The critical consensus for Valve’s nascent collectible card game was tacit approval at 76%, but the user score tells a very different story. Because the vast majority of critics would have had their games and cards provided to them for free, they were unaware of the punitive monetization issues that ultimately led to Artifact’s demise.

Artifact 2.0 is being much more careful with its monetization as a result.

The review bomb that struck Call of Duty: Modern Warfare was much more of a political statement. The game doesn’t depict Russia in a particularly flattering light, so Russian players made sure to let Activision know how they felt.

And in Pokemon Sword & Shield, angry Pokemon fans review bombed the latest-gen game over Dexit, the great culling of the national Pokedex that left the game with just 400 Pokemon out of nearly 900.

But sometimes, critics and players are in agreement. With Warcraft 3 Reforged, critics left Blizzard’s remaster with a score of 59%, while users gave it a pitiful 6%. This was all due to a litany of promised features that weren’t actually included in the final product. Although the two scores are still far enough apart that it managed to reach number 12 on the list, both numbers send the same message to potential players: stay away.