Home » Reviews » These Are The Most (And Least) Popular Villagers In Animal Crossing: New Horizons

These Are The Most (And Least) Popular Villagers In Animal Crossing: New Horizons

Recently, the UK’s Blue Planet Aquarium – being fans of the game’s themes around nature and conservation – decided it would conduct some research into which villagers are the most popular amongst players, and which ones don’t quite cut it. You know, just so the rest of us don’t have to. 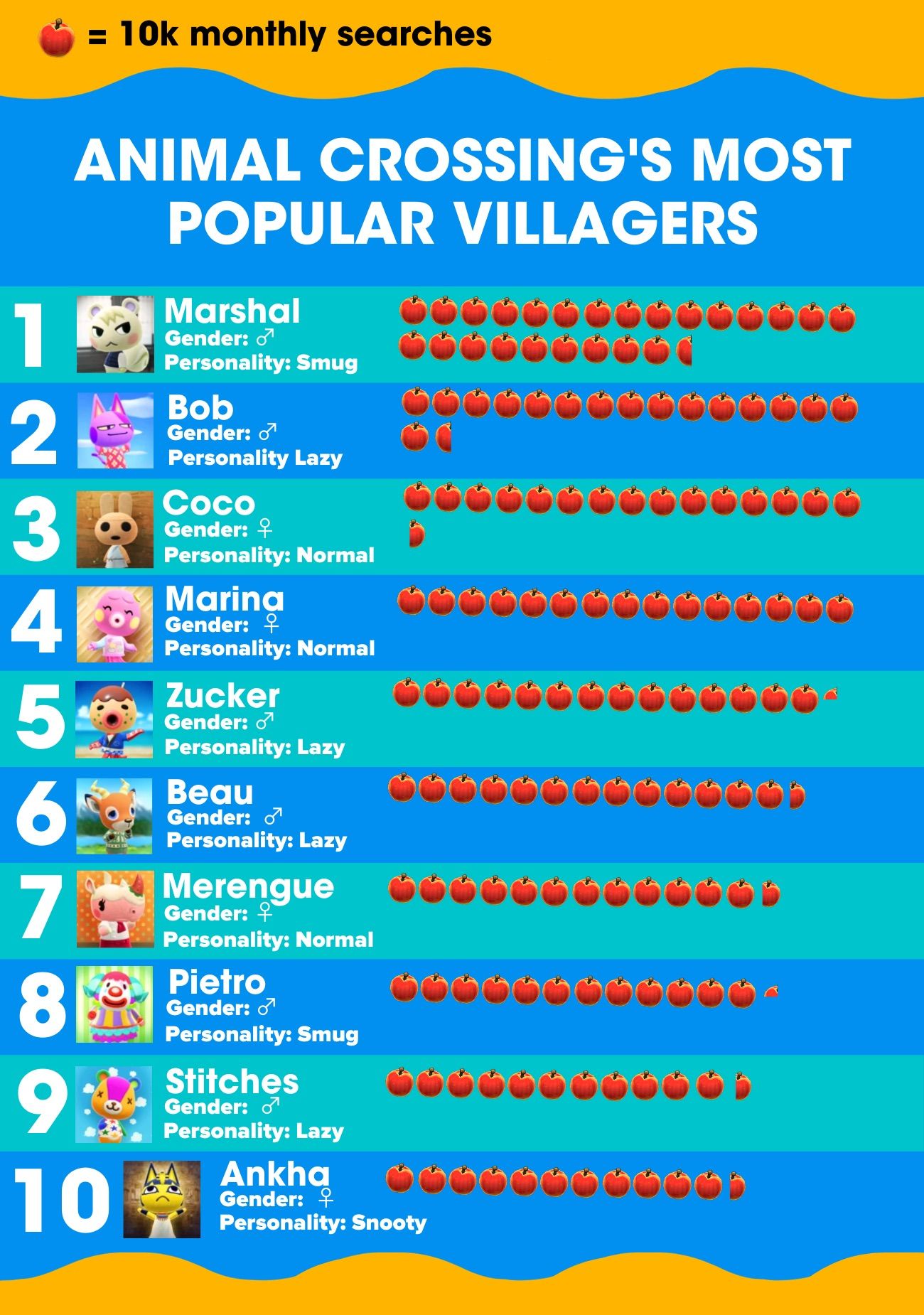 Blue Planet’s research revealed that Marshal – the game’s only squirrel villager with a Smug personality – grabs the crown of popularity by a long shot. He squirrels away 246,000 average monthly Google searches, which is a full 81,000 more searches than the second most popular villager, Bob the lazy purple cat. Just imagine Marshal’s Smug-o-Meter reading if he heard all of this.

On the opposite end of the spectrum, we have poor Clyde. The lazy horse villager only gets around 590 average monthly Google searches, according to Blue Planet’s data. In addition to this, it seems frogs are the least popular species, with pigs, birds, bears, and horses also not garnering as much attention when compared to cats, which are the game’s most popular animals. Players also love a good deer, octopus, dog, and duck villager, apparently. 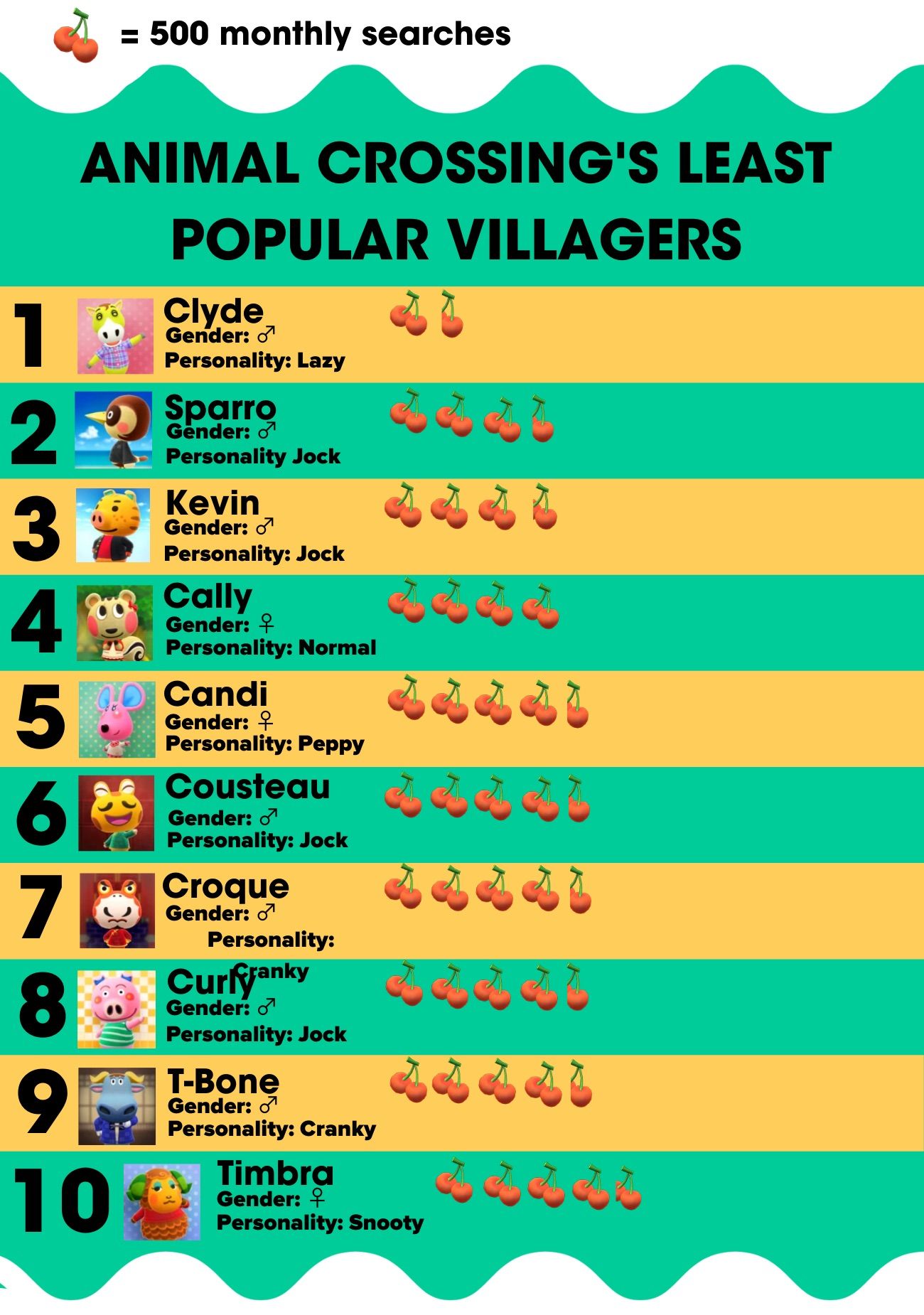 Other interesting findings are that there’s a general preference for female villagers over males, and the most popular personality types are Normal and Lazy. The least popular personalities appear to be Cranky, Jock, and Snooty. It looks like Marshal and Clyde are exceptions to these patterns, though.

As for why these guys nabbed the two most extreme titles, maybe Clyde’s appetite for food gets on players’ nerves, while Marshal’s charming sass and obvious cute factor are responsible. Whatever it is, the latter’s popularity can’t be denied; players exchange him for millions of Bells and his Amiibo cards have been seen on eBay for between $55 and $110. He’s also pretty hard to come by naturally, so that’s bound to contribute to the hype.

While it’s not necessarily true that these figures mean players love Marshal the most and positively despise Clyde, the two extremes are definitely something to marvel at.