Home » Reviews » The Parasocial Brilliance Behind Sam, The Simping Mascot From Samsung

The Parasocial Brilliance Behind Sam, The Simping Mascot From Samsung

I’m not putting Samsung’s cute new mascot on the same pedestal as Shakespeare’s finest work, but they both exist as part of an ever-growing zeitgeist, one that we’re constantly reacting to and piecing together as it evolves before our very eyes. I think there’s something beautiful to that. Samsung’s viral mascot isn’t even entirely official, instead being a concept that was never pushed into the mainstream, but that hasn’t stopped her from taking on a life of her own. Whether that’s a good thing is up for debate, but I love delving into the parasocial aspects behind fictional characters that exist purely to market a product.

Sam isn’t intended to be a replacement for Samsung’s virtual assistant, Bixby, or a new viral mascot for the company, but renders of her character model (via HITC) have surfaced and the thirsty denizens of the internet have flocked in to take advantage of them. I’ve already seen ungodly amounts of NSFW artwork featuring Sam, interspersed with playful comics and memes that purportedly poke fun at the absurdity of it all. Giant corporations like Samsung are fully aware of how parasocial relationships between fictional characters and curious consumers lead to a sense of loyalty, a willingness to engage with products and, in this case, a software ecosystem that some might have otherwise avoided. However, much of the internet is smarter than that and simply wants to simp. The fact that the first reaction my colleagues and I had upon learning about the existence of Sam was a collective “Oh no!” is a damning indication of where internet culture resides. Rule 34 of the internet: If it exists, there’s porn of it somewhere. If you have the talent to create something, even if it’s lewd artwork of a fictional smartphone lady, you can host it and likely not deal with consequences. On the contrary, you’re likely to attract an audience, with artist renditions of Sam racking up thousands of likes, retweets, and shares across social media in recent weeks. People want to engage with things like this, whether it be through genuine curiosity or something much deeper.

A similar philosophy can be applied to VTubers, especially when they’re anime characters depicted in a similar manner to Japanese idols, putting on a persona with their own distinct personality and visual quirks. Hololive is one such platform which has amassed millions of subscribers across its selection of characters, all of which accommodate their own individual fan bases that often collaborate with fellow idols for music videos, let’s plays, and other shenanigans. This once again explores the parasocial side of things that the internet is so wonderful at cultivating. People grow attached to these creations, hoping to support them and follow them into hell if their passion extends that far. 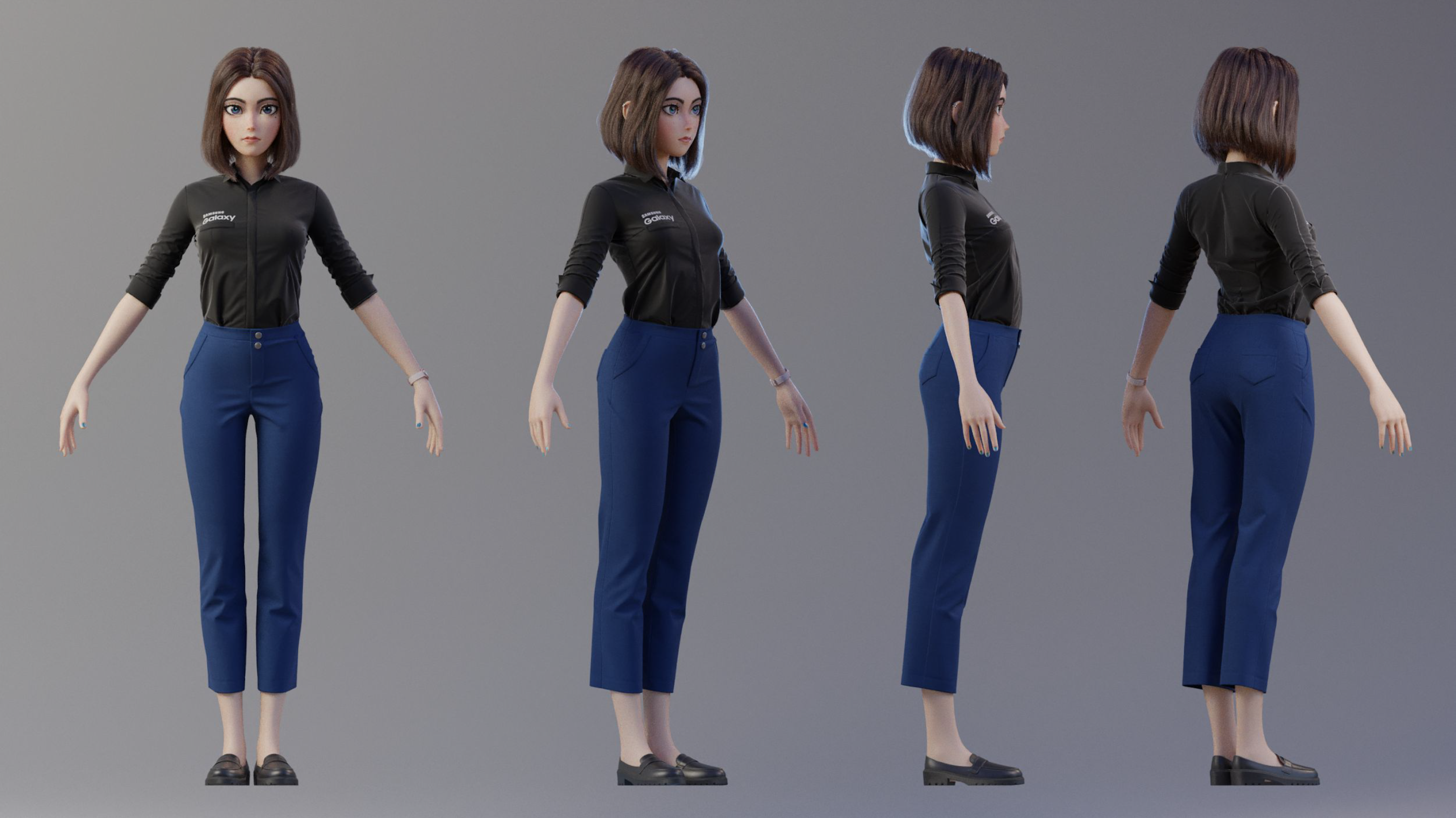 A culture forms around something quickly and efficiently in the modern era, due to the sheer amount of content that’s out there and how fast we can access it. Things come and go in what feels like seconds, so when something sticks around for more than a few weeks, you know it stands a chance of being quite special. I don’t think Samsung Sam has the potential to cement herself as a cultural touchstone like VTubers before her. It feels like the company is trying to capitalise on a trend, weaponizing the male gaze with a conventionally attractive female avatar that borders on anime, providing everything the average consumer wants to see in such a thing – especially if they’re thirsty and spend loads of their time online. If she was the real deal and pushed as a major mascot, things would be very different, but right now, it feels like a horny flash in the thirsty pan.

As a queer woman, I’m always advocating for positive expression of sexuality, but online this can be quickly bastardised by straight audiences looking to exploit sexuality rather than express it or engage with it. This is exactly what happened with Sam, and that’s not surprising – it’s par for the course. Perhaps in another world, in a culture that wasn’t frequently defined by deviancy and immediate thrills, a character like this could grow into something more pronounced. VTubers can accomplish this because they’re more than just an avatar, they provide a connection that audiences can take hold of and foster. When a corporation tries to pull a similar track, its hollow nature is visible within moments, and capitalism makes moving beyond that an impossibility.

Despite all of this, I’m having fun with all of the discussion around Sam, and it has me curious whether or not Samsung is taking notes and plans to deploy her in a more significant way moving forward. The audience interest is evident, it just needs to be moulded into something ascending above all of the degeneracy we’ve seen thus far. Who knows, for now I’ll just sit back and enjoy the show. I already own a Samsung phone anyway so I’m already along for the ride whether I like it or not.