One of the first things you see when you're set free in Elden Ring's open world is a big, scary-looking knight clad in a suit of gleaming golden armour. This powerful enemy, the notorious Tree Sentinel, has been mischievously placed on the path leading towards the Church of Elleh, an important early game location that new players are strongly encouraged to visit. On the surface it's just FromSoft being FromSoft. A practical joke at the expense of players who don't look before they leap. But there's a lot more to it than that.

The first Site of Grace you visit when you leave the starting dungeon overlooks the area the Tree Sentinel patrols, which means anyone who stops here—which is basically every new player—will catch a glimpse of it from afar. The conspicuous gold armour and sheer size of this hulking great death-knight makes sure they do. Some players might think, well, how tough can he be? The developer has placed him right next to the first checkpoint. They wouldn't do that if this was an insurmountable challenge… right?

Wrong. I'm sure some patient, pig-headed, or particularly skilled players would be able to defeat the Tree Sentinel before levelling their character up. But for the majority of people, attacking this guy the moment you arrive in Limgrave is a death sentence. He's fast, powerful, and has a long reach thanks to his massive golden halberd. Whether you attack him or not, you quickly realise that the best course of action—at least at this point in the game—is to give him a wide berth. You can easily sneak past him and make it to the church.

The Tree Sentinel is FromSoft firmly establishing that, no, you don't have to attack everything you see in this open world. Sometimes it's better to run or sneak past certain foes until you're strong enough to defeat them later. The placement of this enemy is basically a tutorial in disguise. It's a quietly brilliant piece of game design that, despite seeming like a prank, is actually FromSoft doing you a favour. Similar to the tutorial hole, the developer uses this moment to teach you a lesson, but in a hands-off, unobtrusive way. 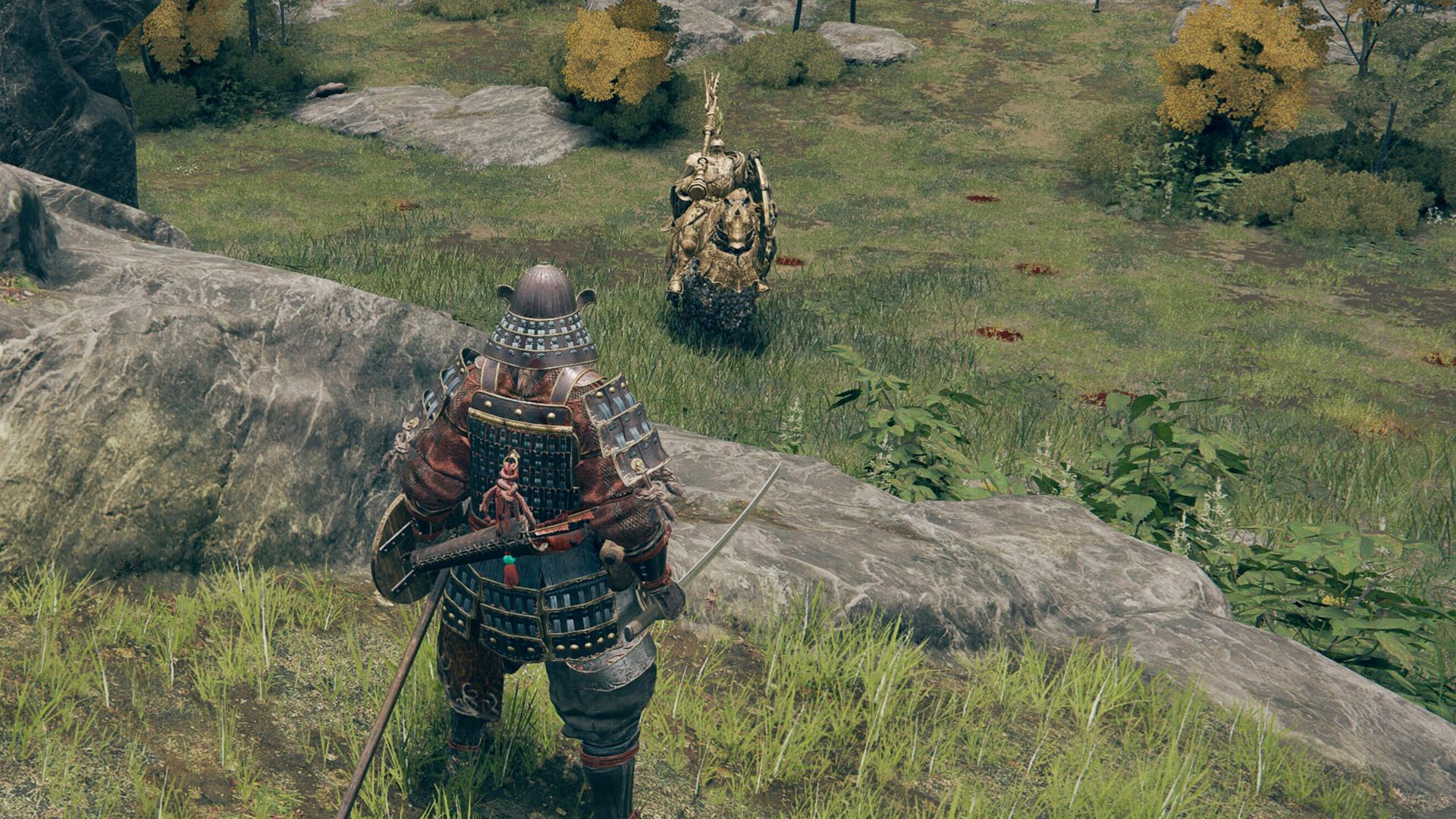 The Tree Sentinel also serves a second hidden purpose. After defeating a few bosses and gaining some levels, players will inevitably return to Limgrave and feel the urge to take him on again—and they'll kick his ass. Early in the game, when you're underpowered and inexperienced, he's the stuff of nightmares. But at a certain point he's just another knight on a horse with a shiny weapon to add to your collection. He can still devastate your health bar if you're careless, but most players should be able to defeat him fairly easily.

So not only is the Tree Sentinel a tutorial in disguise, he's also secretly a way for players to get a measure of how far they've come. I don't know if FromSoft meant it this way, but returning to Limgrave and killing this guy was when I first realised that, hey, I'm not bad at this game. This is far cry from when I first arrived, when I was convinced I would never get past the first boss and would regret spending $50 on a game I was destined to give up on. Many challenges in Elden Ring seem impossible at first, but they never are.

It's amazing how impactful the placement of a single enemy can be, and how it can echo through an entire playthrough. But this kind of design is something FromSoft is great at. Some games teach you the ropes with long-winded tutorials, pop-ups reminding you of basic mechanics every five seconds, and characters outlining in excruciating detail every single thing you can do. Elden Ring teaches you how its world works through its world. If you get a bloody nose in the process, well, that's all part of the learning process.