I’ve become well acquainted with The Dark Pictures Anthology. After playing and reviewing each episode, I’ve generally liked these interactive scary movies even if there’s still some room for improvement when it comes to their QTE-ridden gameplay.

But even though I have a good time wandering through these jump-scare laden adventures, I’ve noticed an odd pattern that keeps occurring in Supermassive Games’ horror series. For whatever reason, each of these tales features a “big twist” that completely alters what the story is about. A good narrative twist can be fun, but these ones tend to completely ruin the mood and remove all horror from the games. Which seems counterintuitive since these are, you know, horror games.

Hail To The Bus Driver 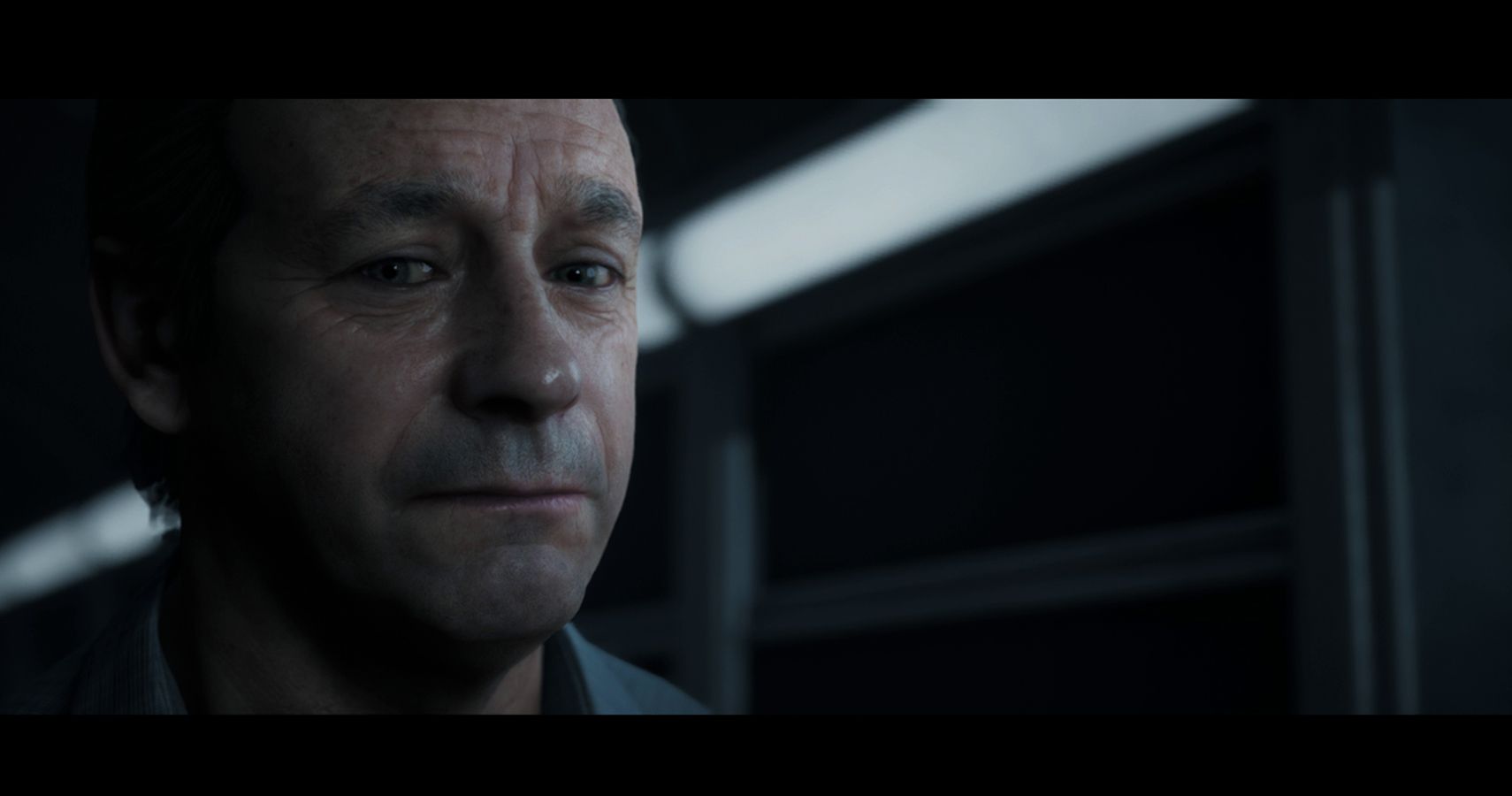 (Warning: This article contains major story spoilers for Little Hope, Man Of Medan, and Until Dawn.)

Little Hope begins with a drunk bus driver horrifically crashing. Then we switch over to a dysfunctional family and watch as they all die in a brutal house fire caused by a possessed little girl (a fact that winds up being a major, unaddressed plot hole.) These events appear to be unrelated.

You then take control of four college students and their grumpy, alcoholic professor as they try to escape from a foggy forest filled with terrifying monsters. They’re also routinely visited by ghostly doppelgangers of themselves from 300 years ago who all end up being prosecuted and executed in various witch trials. So the whole time you’re thinking, “oh, these people must be the reincarnated versions of those old Colonists and they’re all seeking retribution for one reason or another.”

Except, no, that’s not it at all. Instead, it’s revealed that the events of Little Hope all took place within the mind of the bus driver. He was the only survivor of that earlier house fire and was blamed for the deaths of his family. After crashing the bus, his concussed brain apparently made up a story about witch trials and placed a younger version of himself along with his long-dead family members into the roles of distressed college students. The entire adventure never happened. It was all cooked up by his subconscious to help him come to terms with his traumatic past and survivor’s guilt.

The odd thing is that the previous Dark Pictures episode, Man Of Medan, had a similar twist that managed to provide a somewhat logical reason for the scares. In that game, the cast of pretty young people are kidnapped by pirates and taken aboard a ghost ship filled with angry spirits. Much like Little Hope, those spirits are also the result of hallucinations. Only this time, it’s not guilt that’s responsible. It’s coffins filled with World War II-era toxic gas, which is somehow an even stupider twist.

You Know What’s Scarier Than Nothing? Anything! 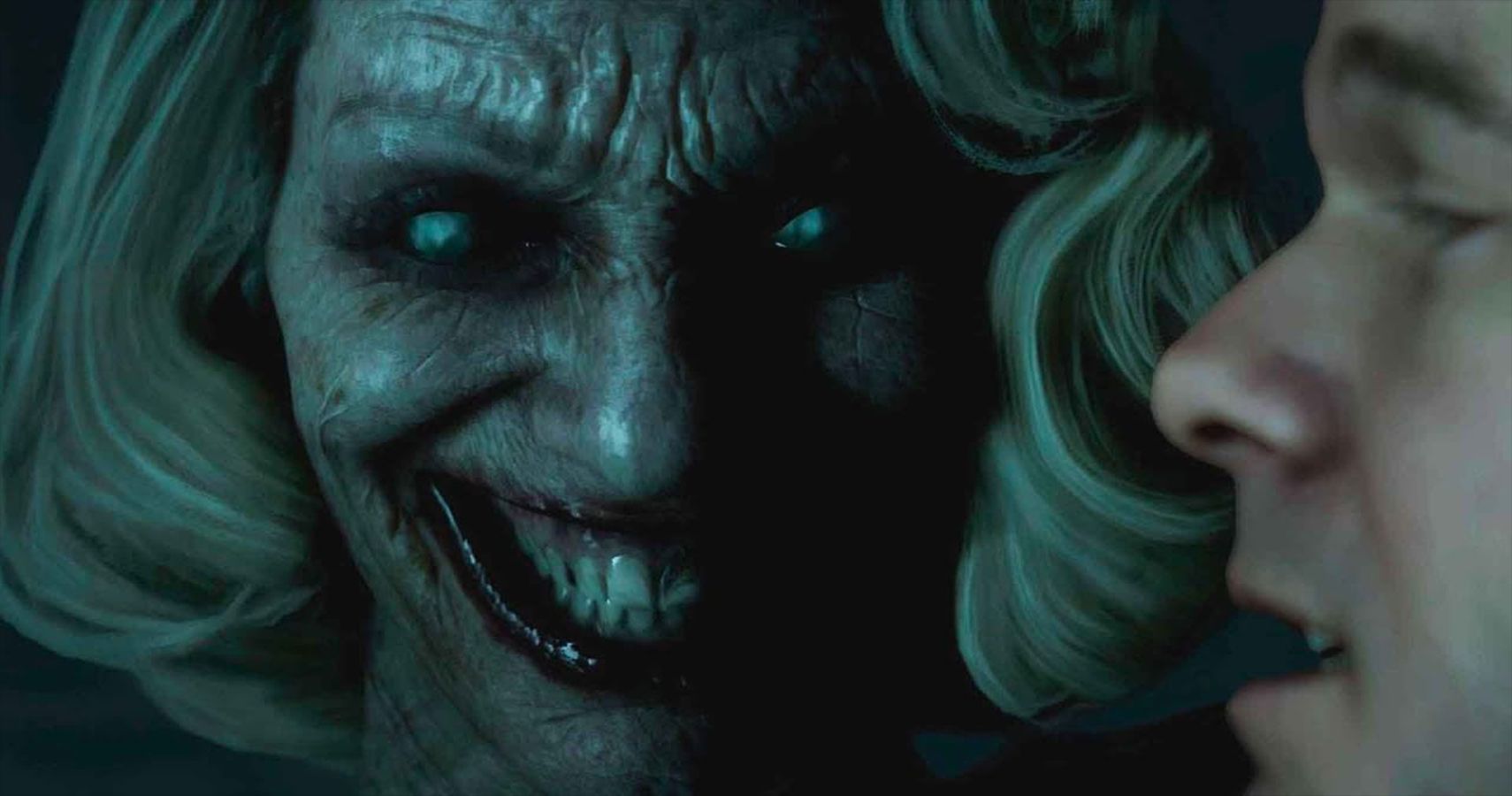 Most of the time when a story has a twist it’s supposed to shock you because it changes how you perceived the events that transpired. But the twists of The Dark Pictures Anthology ruin these plots because they give us perfectly logical explanations for all of the supernatural events going on. And you know what’s not scary? Logic!

The gameplay of The Dark Pictures Anthology requires you to make a lot of choices and perform quick-time events that could lead to the deaths of your characters. But once you realize that all of these situations are either the manifestations of a man’s intense guilt or the result of breathing in some bad gas, all of the drama and fear is immediately thrown out the window. That scary woman trying to claw your face off? That’s just gas. That monster from the lake trying to grab your middle-aged lady character with its chains? That’s just the concussion talking. Hell, even the middle-aged lady isn’t real!

As a result of this, many of the decisions you’re offered in these games are either pointless or easy to predict. Let’s say your character sees a monster wielding a hatchet, and you’re presented with the option to either shoot it or let it be. Well, if you’ve seen the twist then you know the monster isn’t real. So then why would you shoot it? It’s obviously one of the other cast members and by shooting it you’re killing off a character. It’s supposed to be a moment where the game goes, “haha we got you!” But, it didn’t, because we already know what’s going on. The only reason to make that choice is if you just want to kill that person for the sake of it, which I suppose could be fun if you’re feeling a little sadistic.

At the very least Supermassive Games was smart enough to delay Little Hope’s big twist to the end of the game rather than spoil it at the halfway mark as it did with Man Of Medan. But no matter when the twist happens, it still removes all the stakes behind your decisions. Now that I know that these horrors are all in the characters’ heads, there’s no reason to be afraid.

It’s possible that that’s the moral Supermassive Games is trying to convey with this series: That the most frightening thing of all is what comes out of our own imagination. That’s a nice sentiment, but I’m not sure the message behind your horror game franchise should be, “there’s nothing to be afraid of!”

I still like these games because they’re enjoyable little mini-movies that can be fun to play with friends, but I hope this isn’t going to be the way all of the episodes in The Dark Pictures Anthology play out. These twists are starting to become way too predictable. Every time I see some demon or beast, I’m naturally going to assume that it’s the result of an experimental drug or everything is happening inside of a dream.

This is weird because Supermassive Games didn’t do this with Until Dawn. In that game the answer to the horrors was wendigos. As it turns out, actual monsters are a whole lot scarier than seeking forgiveness from delusions created by alcohol and brain trauma. In the next episode, House Of Ashes, I sure hope Supermassive foregoes the twist and gives us a straight-up scary story. Because we don’t need a logical reason for why everyone is seeing ghosts. Just give us ghosts and let us be scared. After all, that’s the point of a horror game.

That being said, if there is a twist in House Of Ashes, my guess is that the events will all take place in the mind of a soldier as they’re dying in a war. And if I end up being right, then these games have really got to get rid of the twists.