Atmospheric platformers stand out. Games like Limbo, Gris, and Little Nightmares are memorable for their take on 2D gameplay. Notable puzzles, a unique atmosphere, and the overall presentation makes games like these stand out among the many other titles released in a given year. One recent platformer in a similar vein to these games is Stela. Originally released on Xbox One and iOS, Stela has made its way to Nintendo Switch and PC. Stela won’t go down as the next Limbo, but its dramatic presentation is effective.

Stela is a 2D puzzle-platformer. A lot of the time is spent running to the right and jumping over objects. Of course, there are puzzles to be solved along the way. At times, the puzzles are simply pushing an object to gain greater height. Other puzzles require using mechanisms. 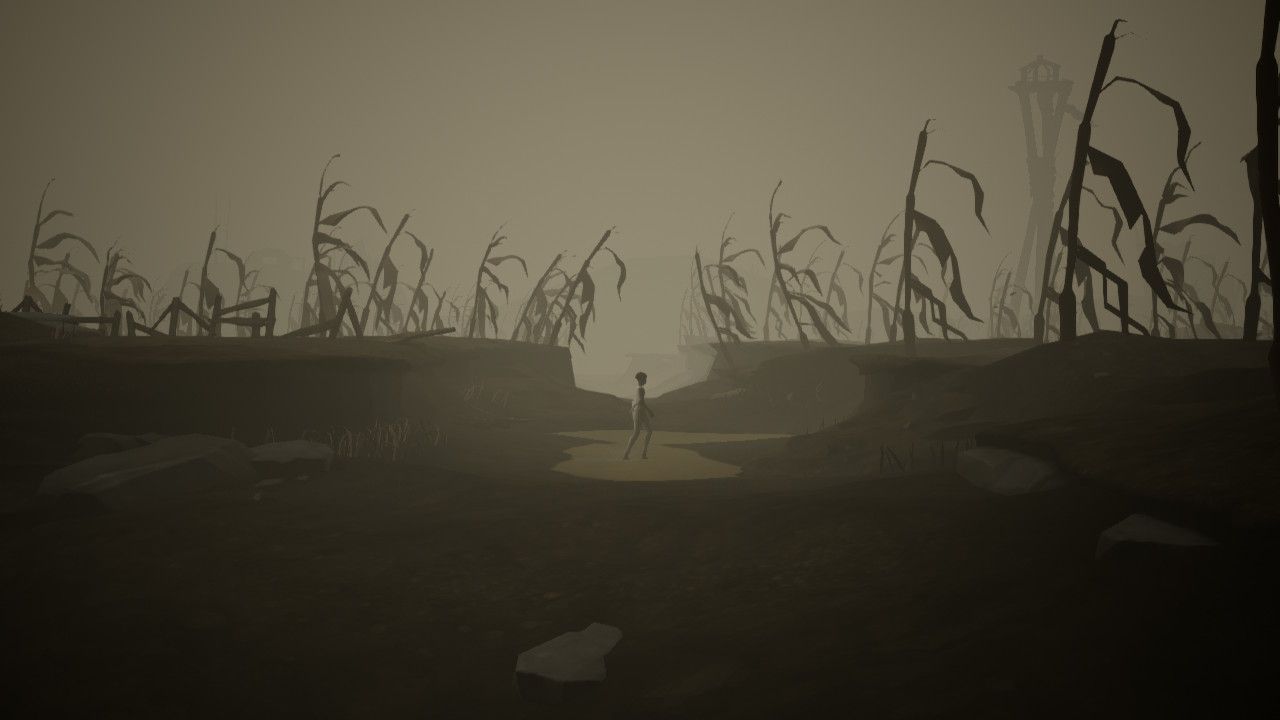 Stela is light on storytelling, but this (mostly) works in the game’s favor because the minimalist backdrops are interesting to look at. The character is dropped into a dark place, and then makes her way to the surface. One can tell the world is ending due to the desolate cornfields. If Stela was a movie, it would have one captivating introduction.

This cinematic quality continues throughout the game in terms of unexpected, unsettling danger. One of the most exciting aspects is the desperate run-for-your-life, whether it be against a swarm of insect-like creatures, or something far bigger. The game knows how to surprise players with a simple breaking of the floor, forcing players to adapt to a new situation. Stela has genuine scares thanks to the forest with human-like creatures. Here, Stela becomes a stealth title, where players have to maneuver past these beings without being seen. The game perfectly combines stealth and frenetic escape in one experience.

As for the platforming, Stela won’t win any awards, but it’s effective enough. The jumping can feel floaty in comparison to something like Super Mario World, but it’s nothing too bad. One thing to note is that a couple of times it can be easy to overlook where to climb or what to grab due to how the game is presented. As a whole though, platforming is good. The puzzles are nothing too frustrating (but probably not complex enough), making playing through the game a brisk experience for those who prefer not spending too much time on puzzle-solving.

Finally, the cinematic presentation of Stela is shown, or rather heard, in its soundtrack. The blaring horn players hear near the beginning, and other parts of the music, have a dramatic flair to them. It’s a shame that at this present time, there is no way to enjoy the music outside of playing through the game.

Not Quite As Good As Inside 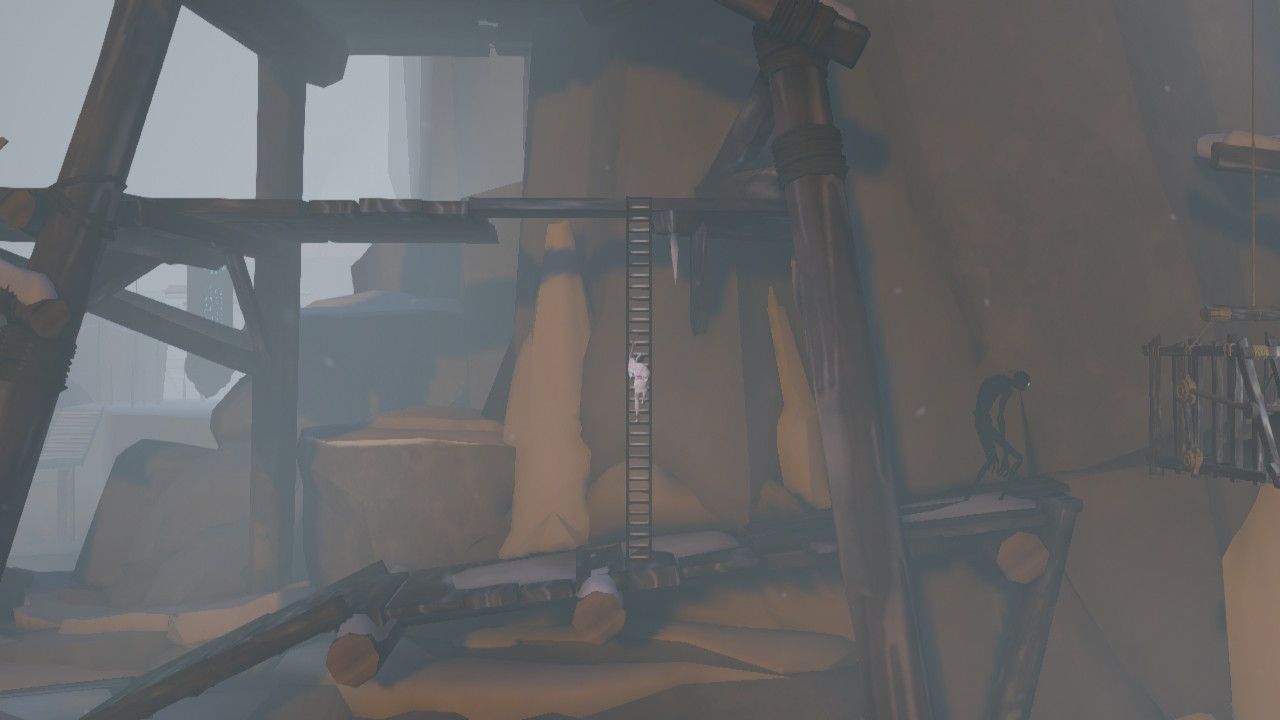 Stela isn’t perfect. The puzzles are decent enough, but can lack satisfaction for those  looking to feel rewarded. Compared to Inside and Little Nightmares, the puzzles in Stela are relatively simple.

While Stela doesn’t need cutscenes or dialogue, many will probably feel unsatisfied with the ending. Limbo left players pondering the true meaning, as did Inside. Little Nightmares has no dialogue, but the story can be understood in terms of what’s happening. Stela is more like Gris, but Gris had emotional resonance in its end. Stela’s ending is too vague to be effective and doesn’t live up to everything that came before.

Stela is not a long game. One can definitely get through it in under three hours. It’s a little too short to recommend for its $19.99 price. It’s still an above-decent title, but would have benefited from at least another 30 minutes of content. 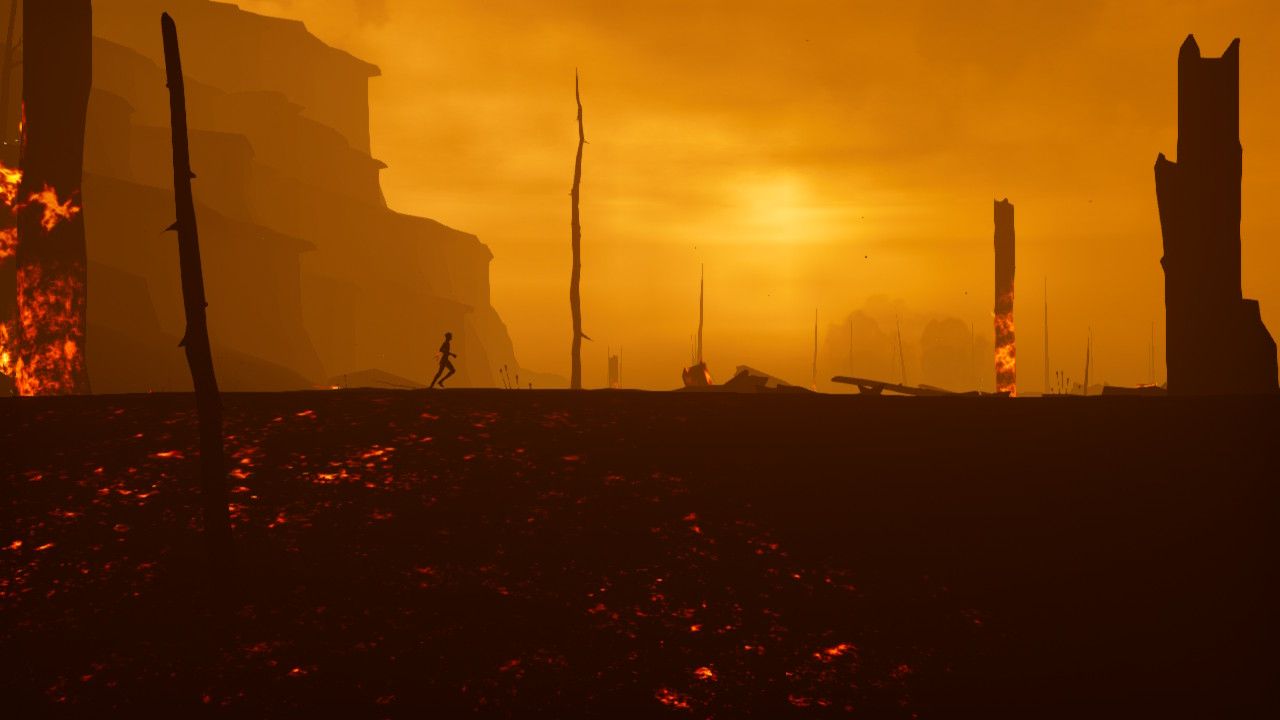 Stela lives up to its description as a “cinematic, atmospheric platformer.” Visually, the game shines. The simplistic look to the different areas is effective. The forest, the snow area, and everything else all look like great movie set pieces. The way the game progresses is also effective; the surprise moments catch players off guard. Running across a bridge as giant tentacles crush it provide an adrenaline boost.

Likewise, the player being in an enclosed place as creatures try to break in was excellent, and again, would make for a great set piece. Platforming is effective, and the puzzles are decent. However, those hoping for the challenging puzzles of Limbo will be disappointed. The game is also rather short considering its price tag. Still, Stela will likely leave more of a positive impression than negative.