Showing Master Chief’s Face Misses The Point Of His Character

Master Chief’s face has become stuff of legend. We all know that behind the helmet sits a traumatised, middle-aged white dude who is tired of saving the galaxy and living in a suit that absolutely doesn’t wank him off, but despite this obvious ultimatum so many are obsessed for him to leave the armour behind and show us the space marine’s human side.

I remember the end of Combat Evolved where Chief removes his helmet in the Pelican cockpit shortly after the ring has been destroyed, breathing a sigh of relief alongside Cortana as they both prepare for the battles ahead. The camera pans out, so we never catch a glimpse of his appearance, every facet of his being remains ambiguous beyond the sultry tones of Steve Downes ushering us toward the end credits.

We’ve seldom caught a peek at his facial features since, and I hope it stays that way. It likely will in the games, but when it comes to the Halo TV show from Paramount, 343 Industries’ Studio Head of Transmedia, Kiki Wolfkill, has already confirmed that Master Chief’s face will be shown as part of the first season. Speaking to IGN, she claims that showing it is important to the story the show aims to tell, presumably aiming to bring humanity to our main character by painting him as more than a faceless killing machine.

I understand the approach, and why showing his face might work better in a medium that relies on characters being shown from more than a first-person perspective. We won’t be stepping into Chief’s shoes as part of this adaptation, so we will view him on an equal playing field to other personalities in the show. This will require a different approach in terms of storytelling, but revealing such a precious aspect of Master Chief’s character so quickly and carelessly is’t the right decision. If anything, it feels like a copout.

“You will see his face,” Wolfkill confirmed. “For some people, it’s been a moment 20 years in the making, and for other people it is something that feels very hard to imagine. We absolutely respect both sides of that fence, those who really want to see Chief’s face and those who really don’t. But for the nature of this story, it felt really important to connect with the Master Chief in a different way, and that meant showing the face.” 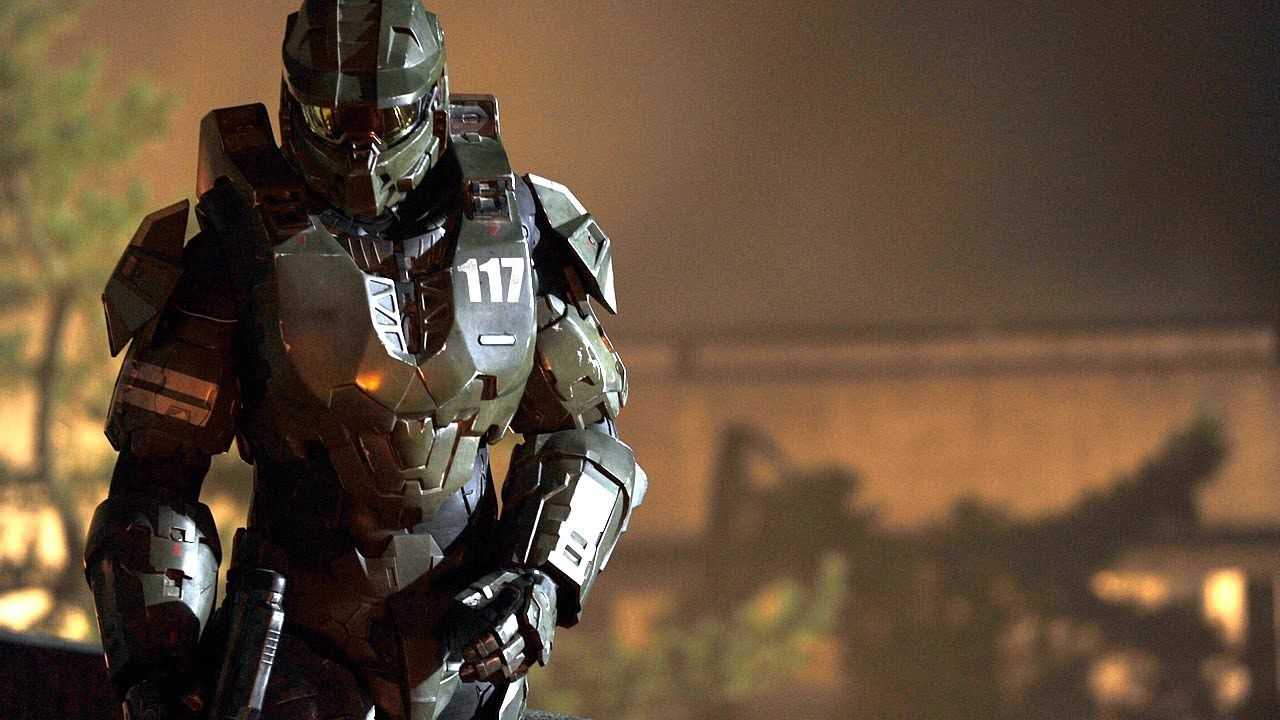 Have people really been waiting 20 years to see Master Chief’s face? Hardcore fans view the unveiling as almost sacrosanct, like it would rid our beloved hero of a mystique that has endured ever since the first game’s release. By showing his face you put Master Chief on the same level as other Spartans in the series, or he’s considered human in a way that takes away from the development that Bungie and 343 Industries worked so hard to pull off without ever resorting to such a cheap storytelling tactic. Master Chief is such a brilliant protagonist because emotional honesty is possible without any expressions, merely from dialogue, presence, and a backstory that elicits sympathy in all the right ways.

Halo Infinite is a perfect example of this brilliance. A smaller cast of characters and a greater focus on personal narrative meant that every single world spoken by Master Chief has meaning. He’s quiet and reserved, aware of his failure to save Cortana and how humanity has fallen thanks to his own abundant mistakes. His duty has gone unfulfilled, and thus he is left to deal with the consequences and finish a fight that has long been lost. We feel bad for him, and the presence of The Weapon and The Pilot help humanise him like never before. By the end of the game it feels like Chief has undergone a comprehensive emotional arc that can be built upon in so many ways moving forward. He’s no longer a faceless super soldier serving a singular purpose, he’s a human being with doubts, insecurities, and motivations just like the rest of us. All of that and we don’t even know what he looks like. Part of me worries the TV show will take off the helmet long before any of that character development has been solidified, or the adaptation is convinced it has more to say about this universe than it actually does. The thing is, we’ve seen from trailers and casting alone that the show is taking inspiration from not only the games, but the novels and the comics spread across the Halo universe. It is keenly aware of how deep the lore goes and the possibilities it holds in regard to exploration, meaning the desire to show Chief’s face feels all the more unusual. You are aware that his faceless nature is a core part of who he is, and why he’s proven so timeless in the eyes of fans, but now you wish to take that away? I don’t get it.

Beyond this the show looks great, so perhaps I’ll be proven wrong next month when it debuts and Master Chief reaches a level of nuance we’ve never been witness to. But right now, it feels like another medium once again failing to understand why video games work so well, and when you make that mistake with Halo, you’re going to face the consequences.