The release of Shadowgun War Games by developer Madfinger Games is finally here after months of being hyped up as the next big title to hit the mobile platform. While the game is visually impressive, it has a long way to go from being finished, and in its current state, it’s impossible to say how good it really could be in today’s market of great mobile alternatives since at its core it feels like a rushed, unfinished product. 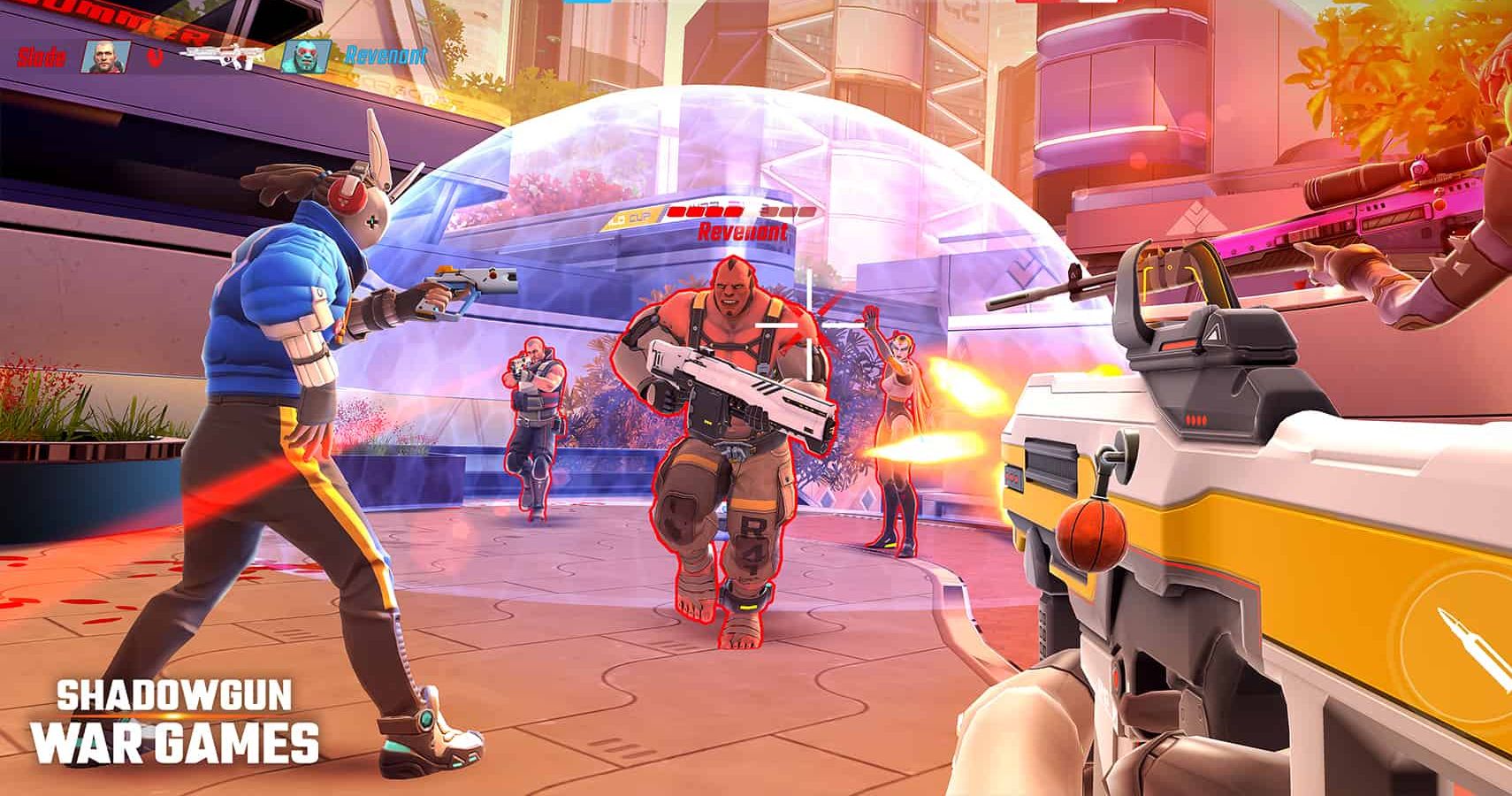 There really is no denying the blatant “inspiration” the developer has relied upon from Overwatch in creating Shadowgun War Games. The loading screen for the few maps currently available look as though they could be ripped straight from Overwatch, with clear themes from Hanamura and Lijiang Tower in the architecture and colors used. Level design follows the same principle, and everything looks like it should exist in Blizzard’s game.

During the closed beta period, there were only five characters to choose from: Slade (Soldier 76), Jet (Tracer), Sara (Phara after forgetting her jetpack), Willow (Widowmaker), and Revenant (the only original creation). Three are unlocked by default, and the last two can be acquired by playing matches and gradually ranking up. 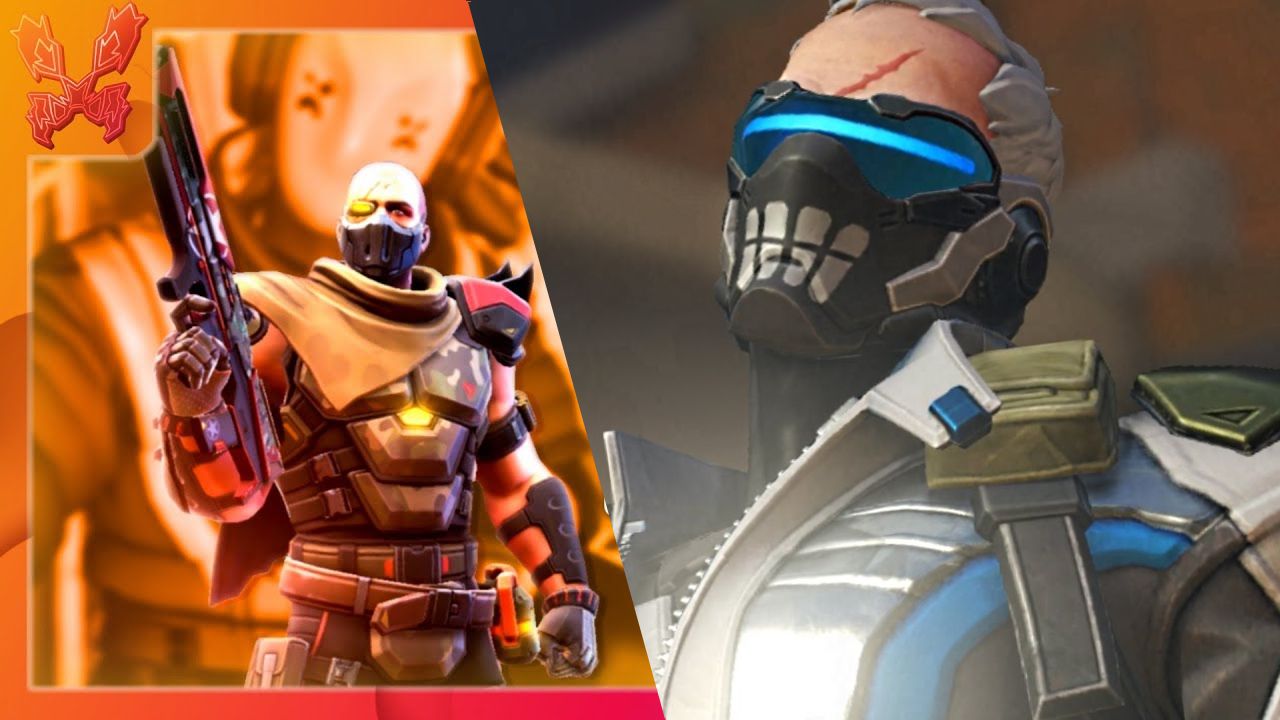 The paired Overwatch characters listed above is not some cheap shot at the game. These characters are basically copying Blizzard’s creations with only the smallest of differences. Soldier 76 has a hit-scan automatic weapon, self-heal, and projectile explosive, and Slade has the exact same tool kit in spirit. If the plan is to basically reskin these characters, it makes no sense to launch the game with such a small roster.

With that said, we can return for a moment to Revenant, a tank character that is an original creation and a blast to play. This slow-moving tank has an automatic hit-scan weapon with an enormous amount of ammunition, as well as two abilities. Roar harnesses the power of an angry Barbarian to slow and disorient opponents in a 90-degree arc, while Inner Rage provides both a speed and toughness buff to himself. Of all the characters available, this is one of the most enjoyable for the simple reason that he offers something new. Shadowgun War Games could excel in the future if it provides more original character creations.

A Lack Of Innovation And Limited Modes

Currently, players can only choose between two game modes: Team Deathmatch and Capture the Flag. Both are exactly as they sound from any other FPS on the market. Since the aesthetic and characters are Overwatch clones, we should expect to see something like a Payload map and Point Control added in the near future. Beyond that, Shadowgun War Games does not offer its players anything new from other mobile shooters.

A Constant Reminder To Spend Money

Free-to-play games absolutely need to monetize their products in some way to keep the lights on. However, there are simply too many high-quality titles in the market today to justify buying yet another Battle Pass for a game that feels so incomplete, which Shadowgun War Games reminds players to do constantly after every battle by showing what items could be gained if only one were to spend some money.

Worse still is that too many of the premium skins in the shop, which cost around $10 apiece, look like low effort reskins with slight color modifications. Some look decent, but for the price there seems to be a lack of quality. This may seem harsh since all games need to monetize, but Shadowgun War Games should get moving and release all characters and maps, as well as improve on the quality of their cosmetic offerings before asking their players to put money into the game.

Not Bad, Just Not Fully Baked

The biggest caveat that readers should take from this review is that Shadowgun War Games has the potential to be a decent mobile clone of Overwatch, but it first needs a roster that is fully fleshed out, new maps and modes, and a monetization structure not constantly thrown into the face of players following every single round.

For now, Shadowgun War Games isn’t a threat to any of the big competitors. Call of Duty Mobile, Fortnite, and PUBG can all relax knowing that Shadowgun War Games feels more like a proof of concept than a finished game. With that said, developer Madfinger Games is likely aware of the game’s shortcomings, and over the coming months there should be substantial additions in content, else we won’t be hearing much about the game.

Shadowgun War Games is free-to-play and available now for iOS and Android devices.