Ah, Runescape. Although I don’t play all that much anymore, Runescape is probably one of the most important games I ever encountered. Despite starting out on Pokemon and Zelda at around four years old – as well as sneaking goes of Halo: Combat Evolved on the Xbox when nobody was looking – I reckon Runescape is the game that introduced my young, ignorant, and stubborn self to modern RPGs. In a way, I owe at least part of how my career has shaped up to trimmed rune and obby capes.

You see, Runescape was all the rage when I was in primary school. I must have been about eight or nine when people in my class started raving about it. “Lumbridge?” I thought to myself as I overheard whispers behind the teacher’s back. “What the shit is a Lumbridge?” And so, I went home later that day and found out what the shit a Lumbridge was – a town full of scammers who make a complete arse of all the new recruits from Tutorial Island.

I had found my calling. 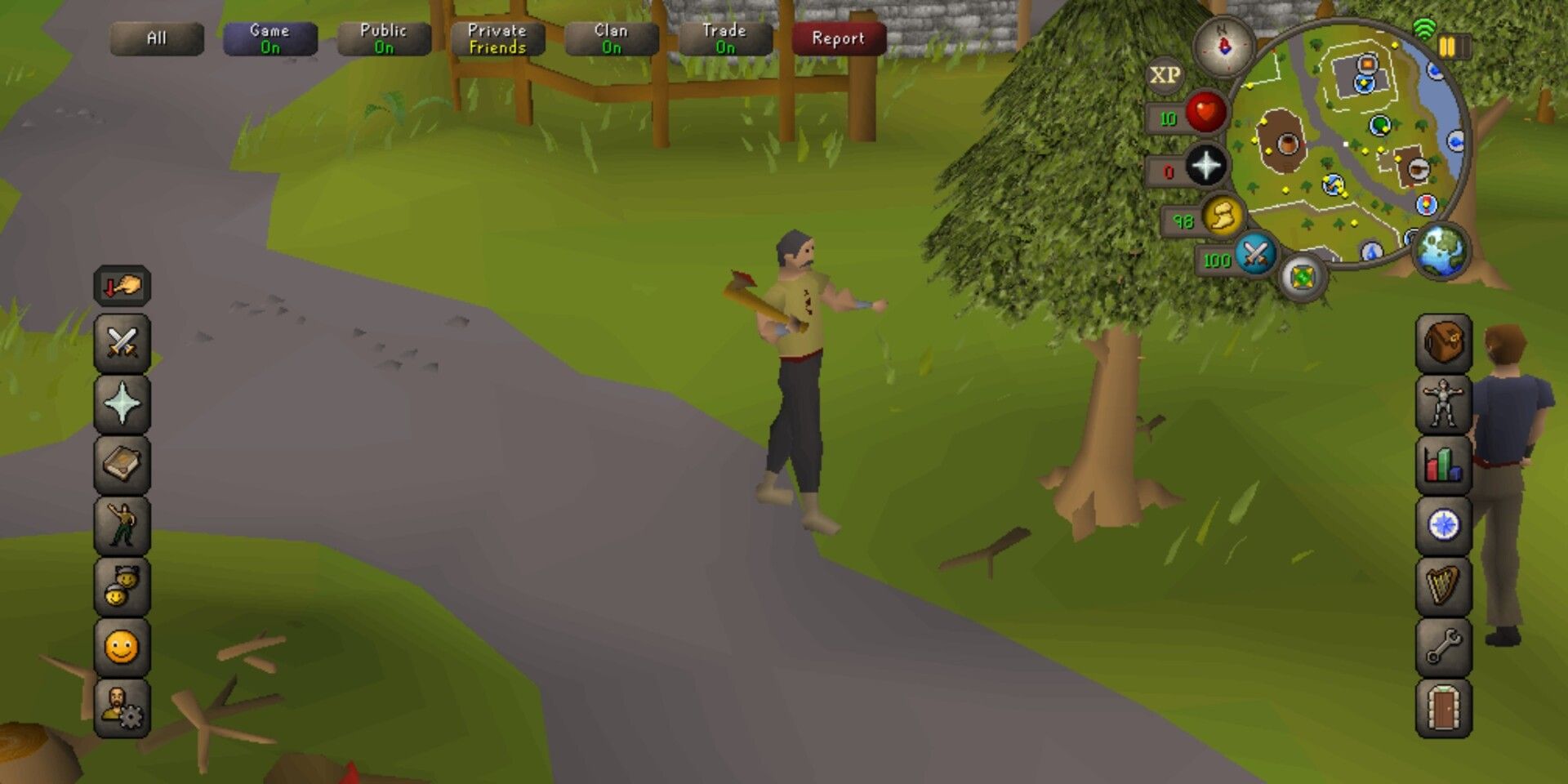 I’m generally quite an honest guy. I don’t get annoyed easily and old people think I’m really polite. I avoid fighting and every time I try to lie to someone they end up laughing at my almost embarrassing incapability to do so. That being said, the sycophantic fires lying dormant in my brain erupted at the first mention of building a Woodcutting enterprise in Runescape. “I don’t know these people,” I thought to myself. “We’re all just playing a game! It’s fun!” And so I got to work.

When you’re a nine-year-old, the differences between neoclassical and Keynesian economics might not be immediately obvious to you – fortunately, pyramid schemes are much easier to abide by. You offer someone smaller than you a tiny incentive to earn a lot of money from someone smaller than them, which you then absorb for yourself. As a matter of fact, Runescape in 2004 was almost as much of a capitalist hellscape as the world we live in today. Bosses with practices more brutal than my own used to simply dispose of their workers in the wilderness in order to nick all of their profits and the initial payment they gave the poor lad to earn them. Like I said, it’s like real life.

Again, though, I’m generally quite an honest guy. Even when I got into shady business in an early-noughties fantasy MMO, I always knew how far was too far – I simply wanted to make a bit of in-game cash without having to do anything myself. I probably could have earned some real-life money if I wasn’t literally nine, although I reckon the ethics of that would have been pretty shitty, so I like to think I would have given that a miss. Probably.

Anyway! Here’s what I did: I let some too-big-for-their-boots Woodcutting tycoon I randomly met in Lumbridge Bank think I was an idiot. I had managed to snag myself some Adamant weapons and armor using methods I am not necessarily proud of (incessantly lying). Then, I made a new account and quickly breezed through Tutorial Island. I traded all of my fancy-pants items over before going to the correct place in the correct world to meet up with a highly specific person I had picked out (I can’t remember their username) and asked them if I could work for them. “My friend gave me this stuff to start out,” I said. “I don’t think it’s worth very much but I can give it to you if you let me work for you.” 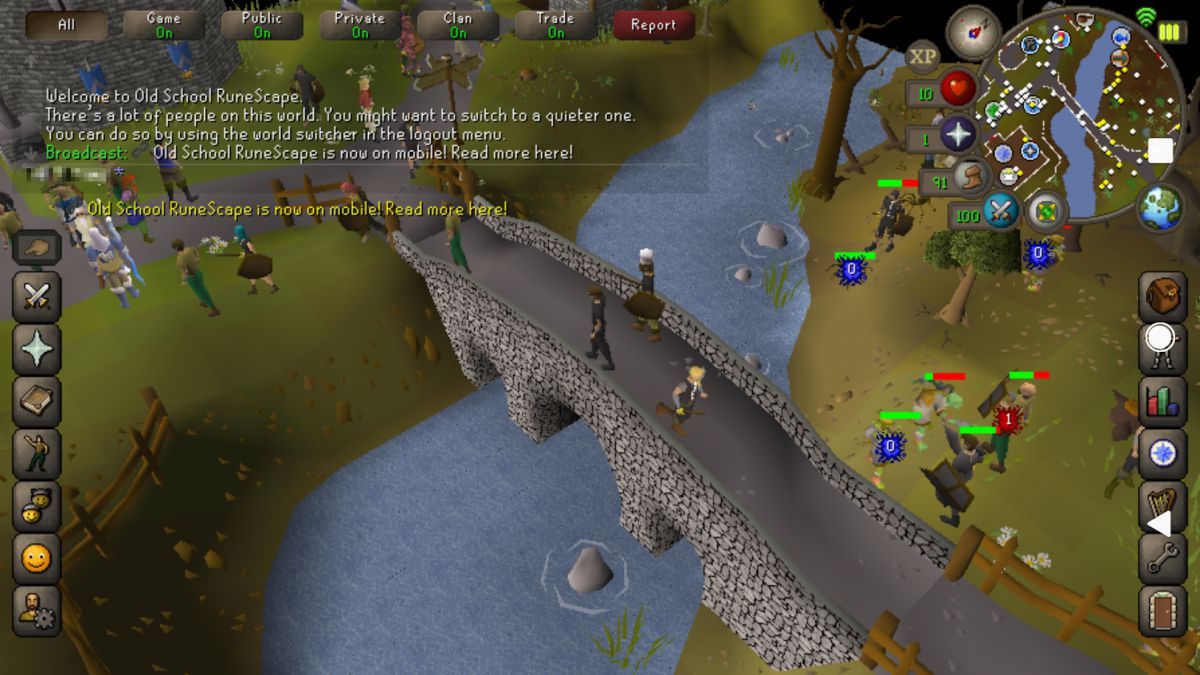 For those unacquainted with Runescape back in the day, working in Woodcutting gave you access to decent amounts of cash and, if you were relatively high-level, some pretty great equipment. It was an amazing thing to get involved in if you were happy to hover between mediocrity and greatness and, like all pyramid schemes, sticking around gave you the cushy life of an unfortunately apathetic sucker.

But I didn’t want to hover. Nine-year-old Cian was destined for greatness.

I leveled up Woodcutting for a few days, gradually accumulating small amounts of wealth and upgraded weapons. By the time I reached level 60, I was able to chop Yew trees with a Rune hatchet – everything was going according to plan. I told my boss, received my hatchet, and signed out. The next day, I immediately went back to chopping lower-level trees. I handed in my logs without saying anything and my boss gave me what I was due. He had forgotten about the hatchet. 20 minutes later, I told him I had hit level 60 and he gave me another one. Now I had two – what an idiot.

Admittedly, this was small potatoes for my boss. He probably didn’t remember because he didn’t care. But for me, this was the beginning of a Woodcutting empire, the humble roots from which the greatest timber industry in the history of Gielinor would grow. I gave someone a few hundred coins to tell the boss they had hit level 60, and a few hundred more for the rune hatchet he gave them (which should have been far more expensive, but again: scamming). With three rune hatchets tucked safely in my inventory, I changed server and went back to the same area. 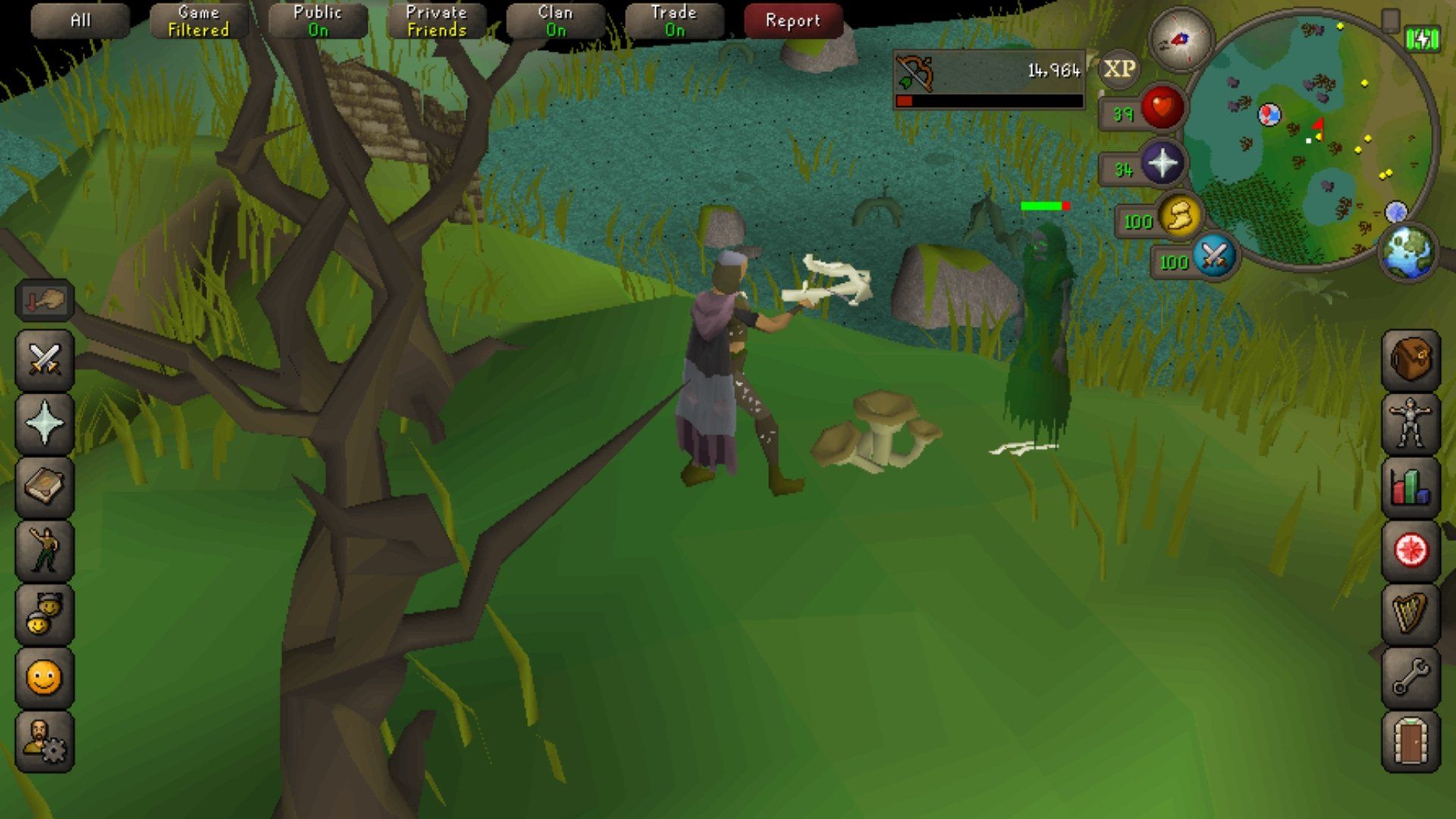 “Looking for woodcutters, will pay in coin and rune,” I said. A level 5 on my left is spamming the trade invite. His buddy, level 17, is saying, “Sure, but I want ten coins per log.” OK, mate. That’s fine by me, you colossal numpty.

“Here are three bronze hatchets, just in case,” I told them, and would go on to tell everyone else like them. “Here’s a steel one too, just so you don’t need to come back when you level up enough to use it. Just give me whatever logs you cut and I’ll pay you for those, too.”

Eventually I had my own band of woodcutters, all gunning for rune hatchets and a piece of the pie. After a while, you could get the loyal ones to watch over smaller projects – I started hanging out at the Magic trees with my level 75+ workers, while keeping some smaller sub-bosses with absolutely zero know-how happy with handouts a fraction of the size of my most measly profits. I had become mad with power, a Woodcutting tycoon who could barely defeat a level 5 cow, but had somehow accumulated a sufficiently gross amount of wealth for me to never need to care about that.

And then I got banned. 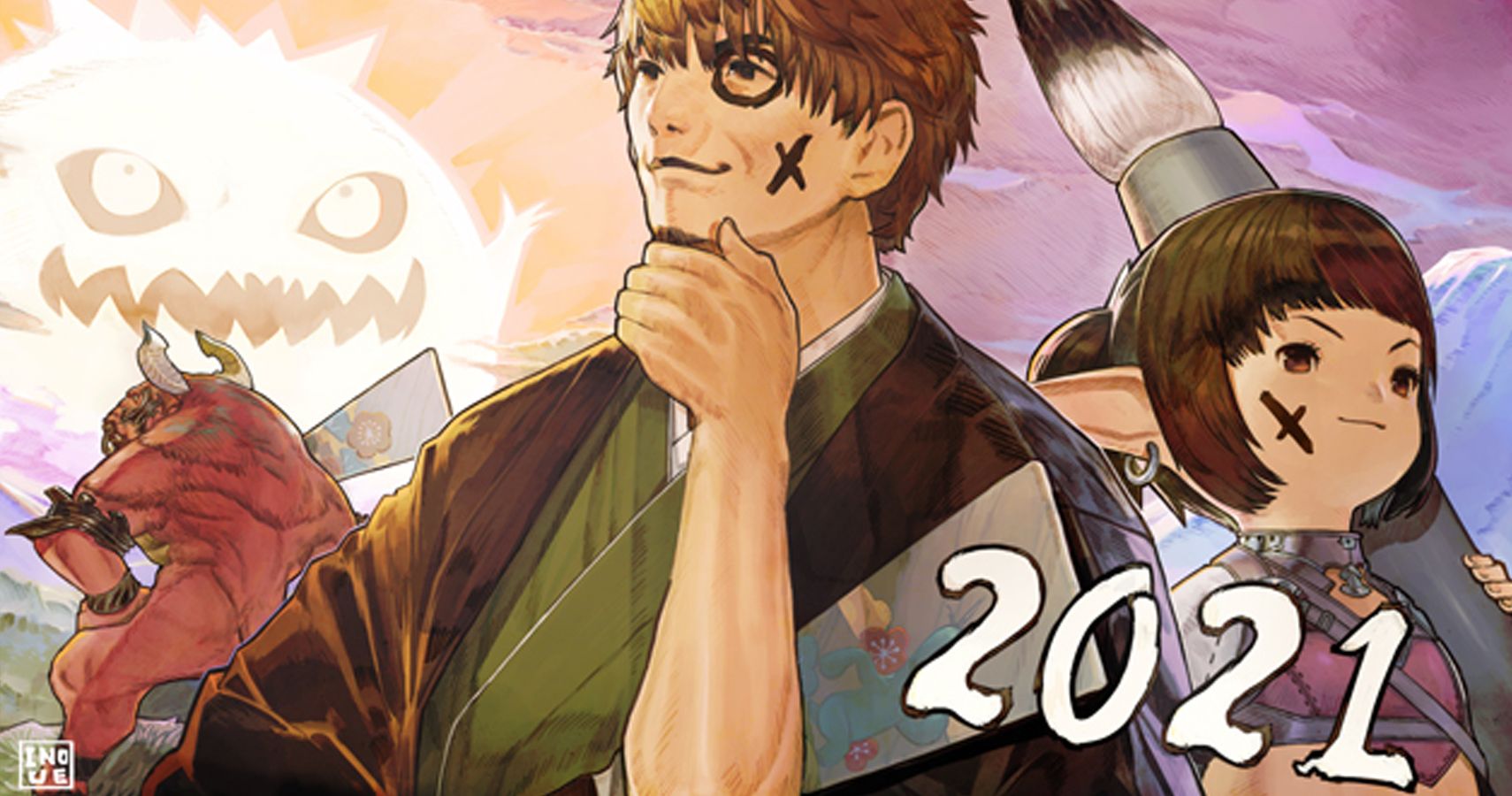 Related posts:
Best News
Possible Grand Theft Auto 6 patent for smarter NPCs spotted
PS Plus February 2021 NEWS: Fans face longer wait for free PS4 games reveal
The 10 essential Xbox Game Pass games for hope in 2021
Ubisoft Job Posting Suggests ‘Splinter Cell VR’ Will Have a Multiplayer Mode – Road to VR
Fortnite fans think next crossover character is Lara Croft
Recent Posts
This website uses cookies to improve your user experience and to provide you with advertisements that are relevant to your interests. By continuing to browse the site you are agreeing to our use of cookies.Ok