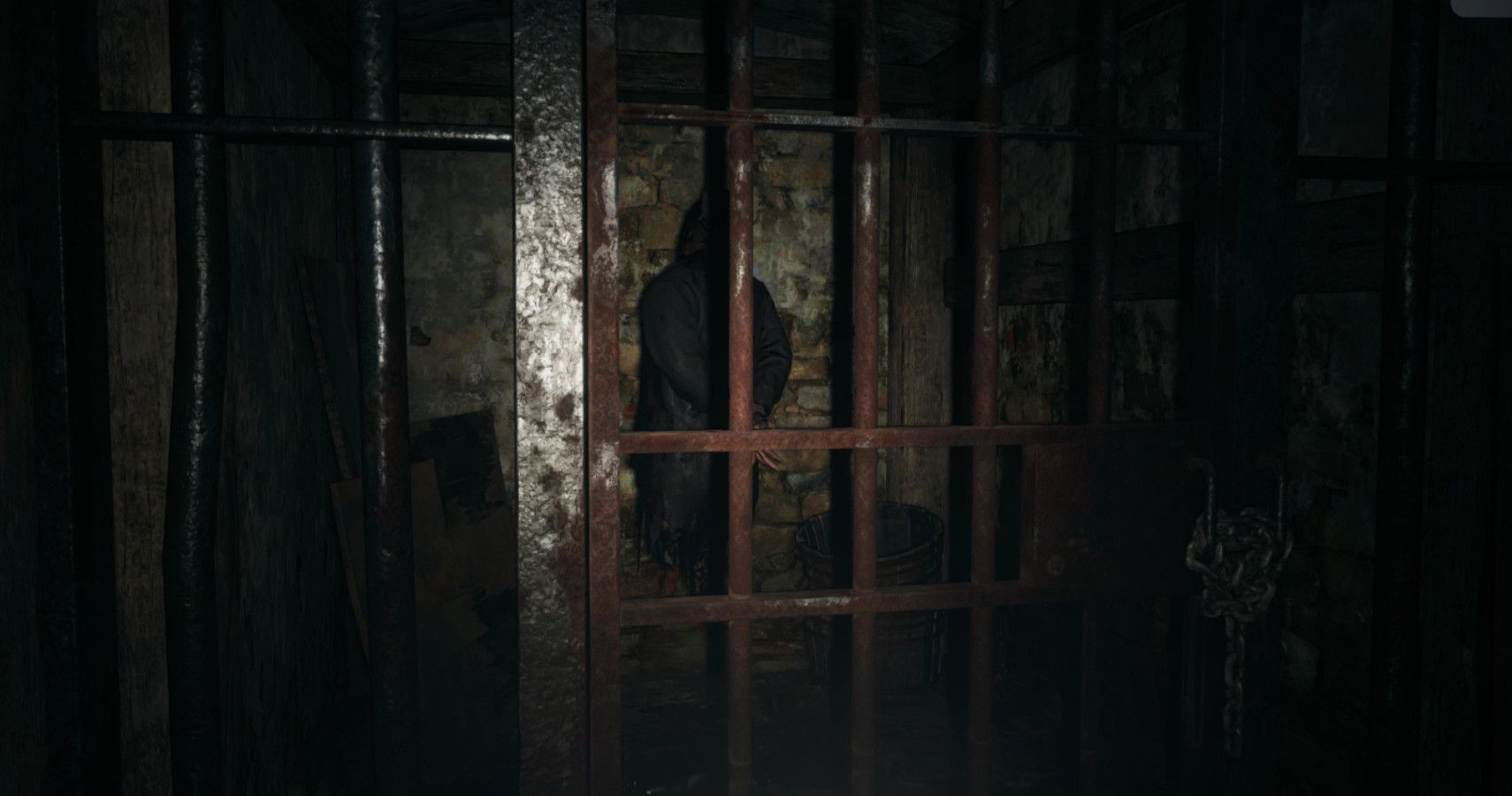 As you begin Maiden, you’ll find yourself laying on the floor of a dark jail cell. “Escape the dungeon” appears on the screen, and as if that wasn’t obvious enough, you’ll find a note stuffed into a crack in the wall explaining, in detail, exactly how to escape the dungeon.

As you explore the dungeon searching for “the thing you’ll need to escape, hidden where they’ll least suspect, soaked in blood,” you’ll get plenty of opportunity to really soak up the atmosphere and settle into the world. Resident Evil 7 didn’t rely on jump scares to build tension, and excelled at creating rich environments that made your skin crawl just from being in them. Maiden captures that feeling immediately in the first dungeon area. Between the spiked, medieval torches devices piled in every corner and the trails of fresh blood leading to hanged, half-eaten corpses, every inch of Maiden is a terrible feast for the eyes. 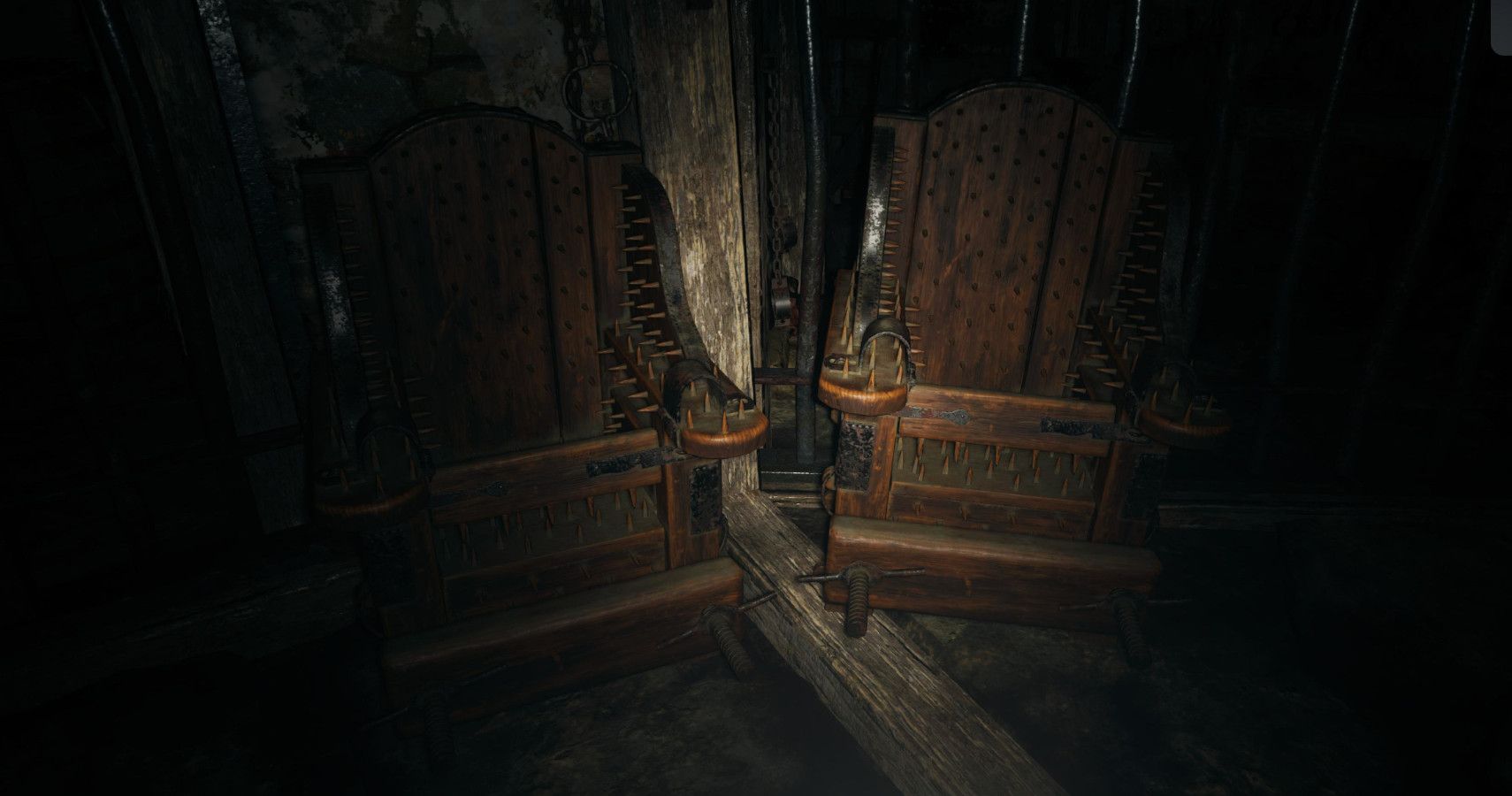 Until the very end of the demo, Maiden is nothing more than a haunted house experience. There’s nothing that can hurt you, no game over state, and no combat, but none of that stopped me from being terrified throughout every moment. Once you manage to escape from the dungeon and make your way into the living areas of the castle, the tension increases significantly. The transition is exceptional in how visceral it is; you immediately want to get away from the corpses or severed limbs — things that can’t hurt you. Once you get into the main house, which is completely free of death or gore, things actually get scarier. The game uses the sounds of footsteps, moving shadows, and voices to tell you that with every step forward you’re getting closer to real danger. It’s almost enough to make you want to go hide back in the dungeon. 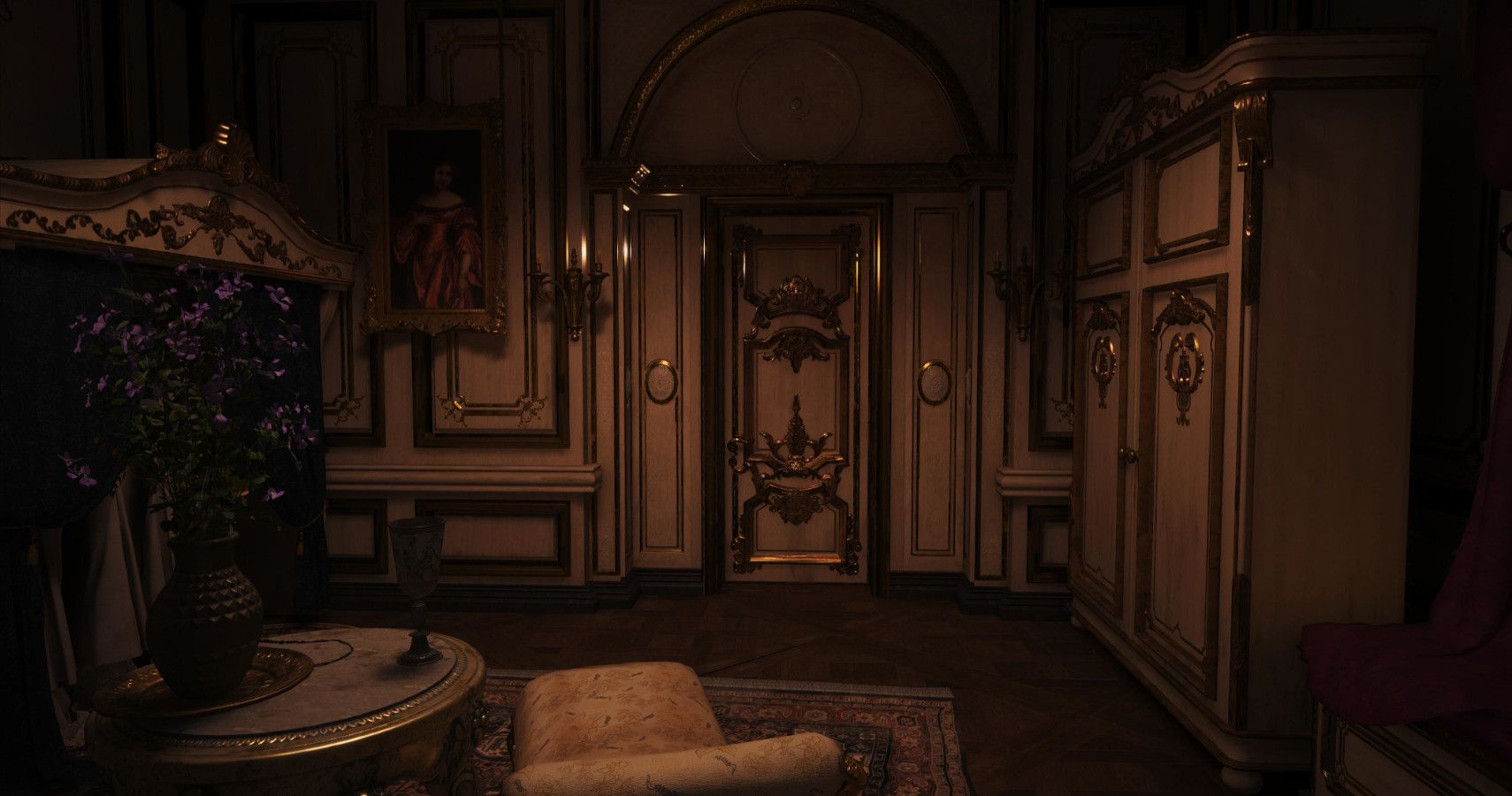 Speaking of that transition, I found the sudden, stark contrast between the torture dungeon and the austere living quarters of Castle Mitrescu to be particularly disturbing. In Resident Evil 7, you start in a creepy cabin in the woods, make your way into the creepy basement, and eventually find yourself the hostage of a family of creepy cannibals. Here, the Castle is pristine and dignified. There’s a sense of subversion and concealed terror that Resident Evil 7 never bothered with, it wore its monstrousness on its sleeves.

But Maiden makes it clear that Village is exploring a different kind of evil. The Mitrescu family, particularly the matron Lady Mitrescu (the trailer depicts Lady Mitrescu answering to someone name Mother Miranda, but we don’t know who, or what, she is) is very much a proper lady. While RE7’s Bakers were unapologetic backwoods freaks, the antagonists in RE8 are dignified and regal. They’re still blood-sucking cannibals, of course, and in Maiden you’ll encounter a dinner table that’s covered in plates full of putrid meat that seems to be a clear homage to Resident Evil 7. But the Mitrescu’s pour their blood from crystal decanters, not dirty plastic milk jugs. I think that juxtaposition is going to be a big part of Village and Maiden does a fantastic job of setting that table. 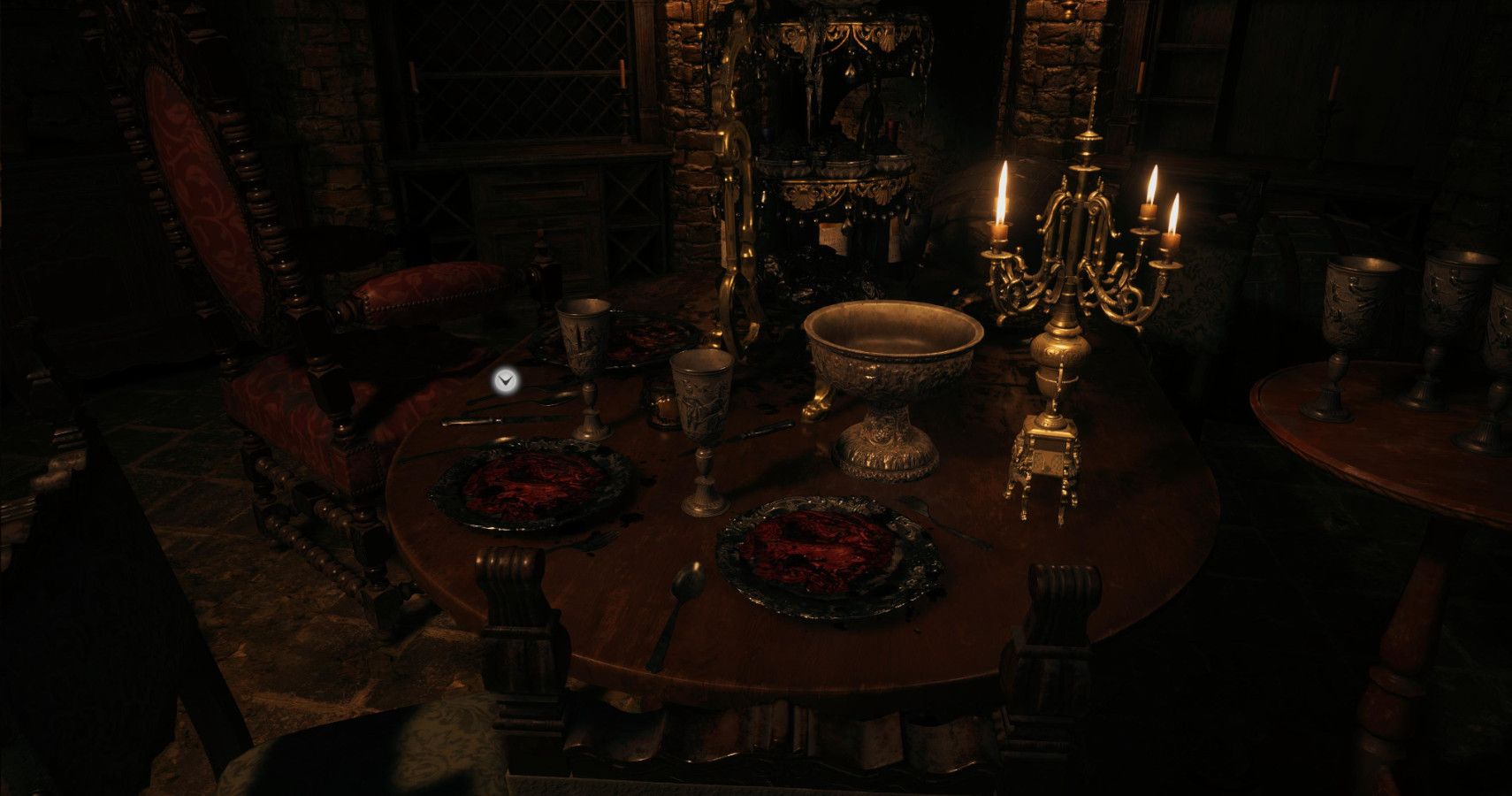 It was announced today that Resident Evil Village will launch on last-gen consoles as well as the current-gen PS5 and Xbox Series X|S. After playing Maiden I can only imagine the last gen version will be a major downgrade. Though the demo doesn’t make use of the DualSense controller’s haptic features, the use of lighting and HDR just scream next-gen. It’s been confirmed that Village will feature dynamic 4k, high dynamic range, and ray tracing, and while I can only confirm that Maiden is definitely using HDR, I’m fairly confident that Maiden features ray tracing, as the lighting is dynamic and incredible. I hope the last-gen versions look decent, but if you have the opportunity to play this on a PS5, Maiden makes it abundantly clear that the developers are making good use of the technology.

Maiden isn’t a major departure from the RE7 formula. I think fans of this style of Resident Evil game already know what to expect. But even if you’re already sold on Village, this is a worthwhile experience. There are a few little breadcrumbs here that help to build the world and set up the characters of Village. It’s definitely not essential, narratively speaking, but speaking as someone that has never stopped thinking about Resident Evil 7 since I first played it, Maiden is a real treat, and a fantastic indication of things to come.

Next: Re:Verse Is A New Multiplayer Game Set In The Resident Evil Universe 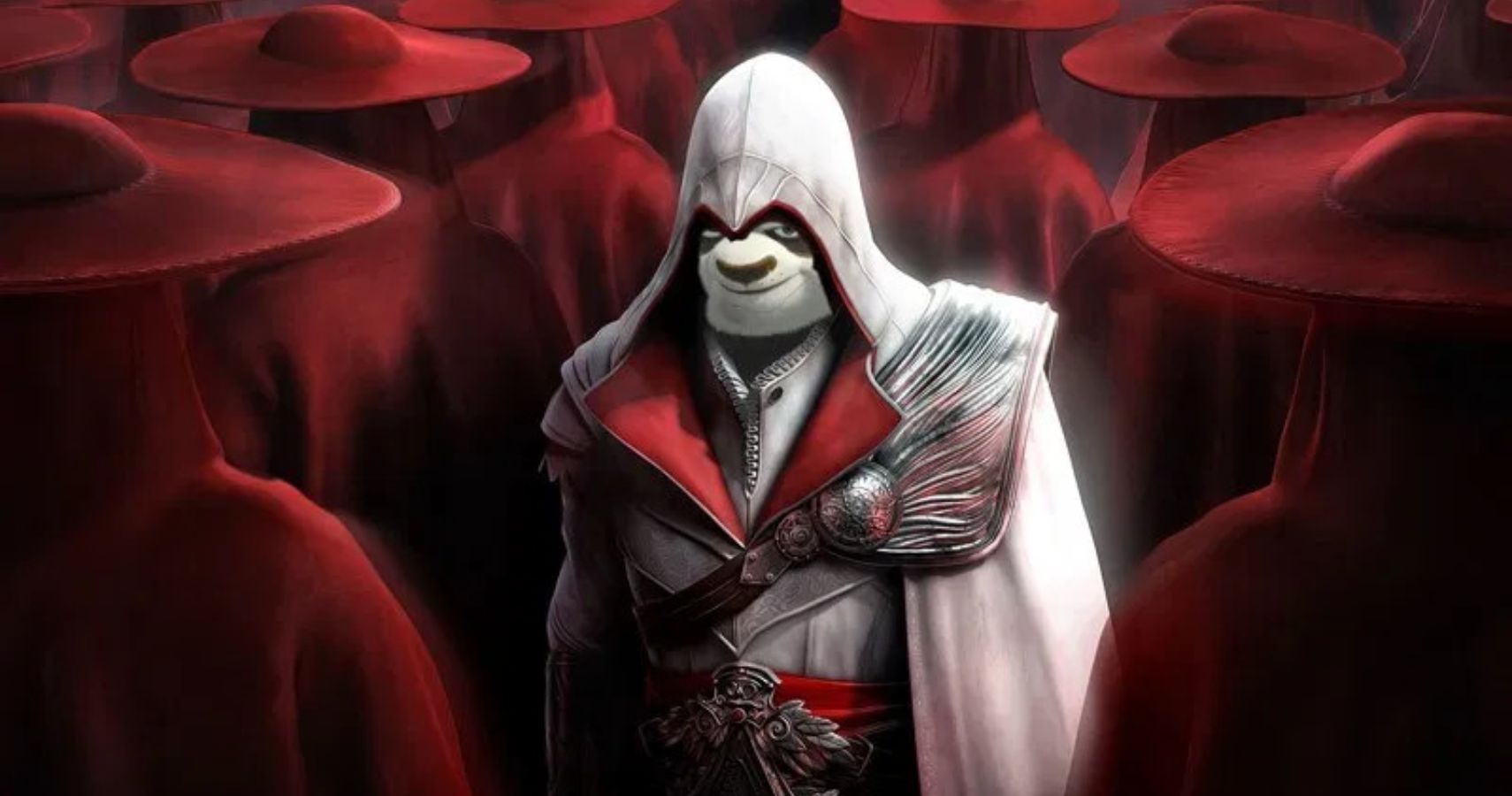