Port Royale 4 Review: Plenty Of Supply, Not Much Demand

I never would have considered that there was an audience for a strategy game about running a naval trade company in the 17th century. Yet, the Port Royale series proves that there’s a market for everything, as it’s now on its fourth installment of sea-faring, rum-selling adventure. Of course, your mileage may vary when it comes to enjoying Port Royale 4 as adjusting business ledgers and dealing with viceroys may not the kind of exciting gameplay you’re used to. 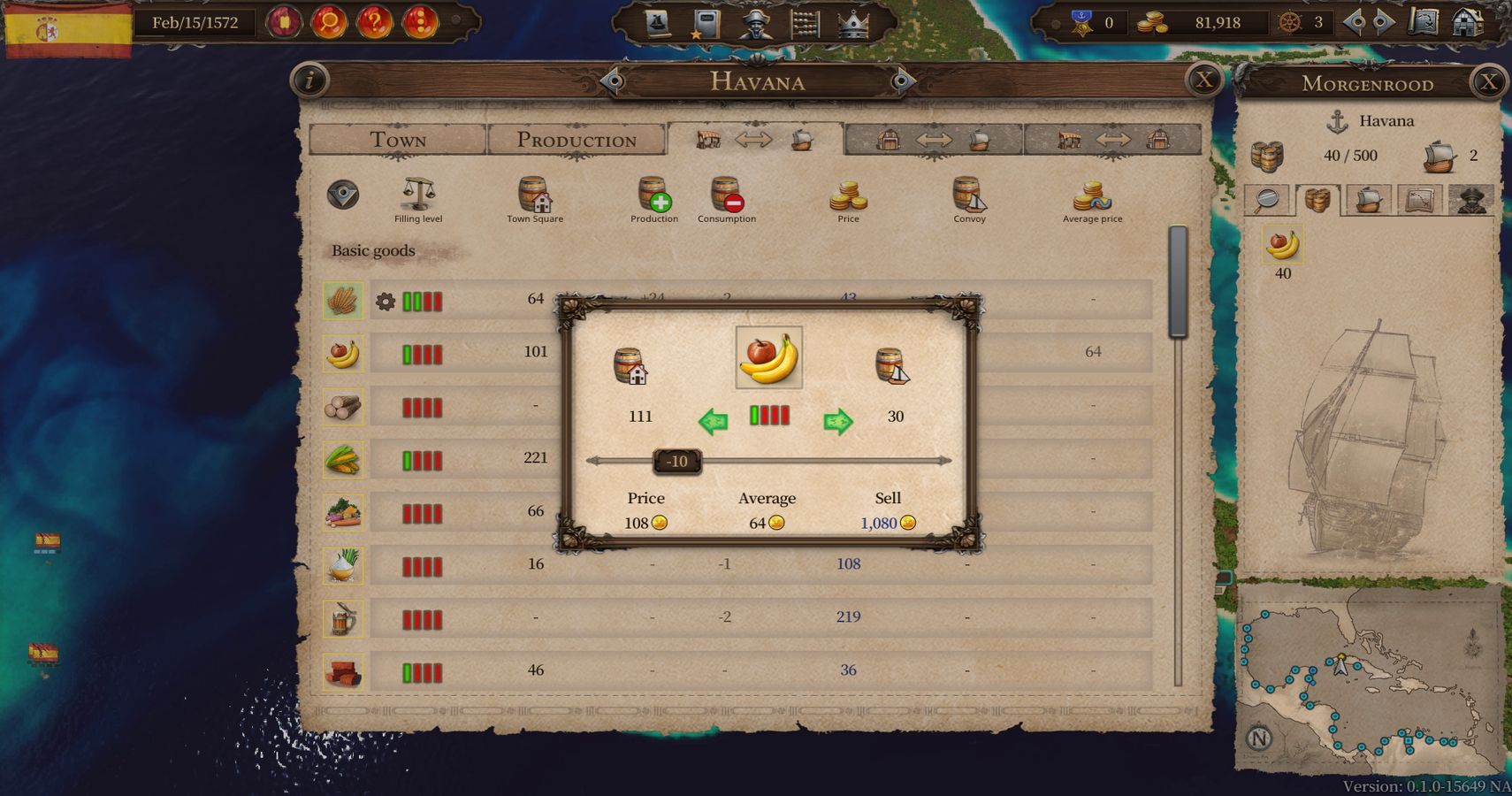 Port Royale 4 puts you in the role of a European governor in the 1600s. It’s your job to grow your small colony into a powerful city. To do so, you need to drum up some capital to invest in building up your town and expanding your influence. The best way to accomplish this is to take whatever commodities you have in abundance and sell it to other cities at the highest price possible. You can become the master of commerce in campaign modes focused in locations around Spain, England, France, or the Netherlands, or in a free mode where the only goal is to become as filthy rich as possible.

While I’m not that familiar with the subject matter of Port Royale 4, I do like watching numbers go up. Which is good, since that’s pretty much the goal of playing this game. It’s all about supply and demand. You need to make sure you have the goods that the surrounding cities are desperate for, but you also need to manage how much you sell. If a city is low on fruit and you give them too much, then the price will drop since they have plenty. Likewise, if a colony has a surplus of sugar and you buy it all then the asking price will go up significantly. It’s a delicate balancing act.

I’m into the idea of owning and operating my own business. However, I feel like there are aspects of Port Royale 4 that could have been streamlined to make things a bit more enjoyable. For example, colonies have small icons that display what they produce, but you still have to click on each one to determine the prices that they’re offering for the goods they want. This leads to a lot of clicking around and figuring out who needs what or who has too much of something. It can get frustrating since there isn’t an easy way to sort through the different locations. If I have plenty of cotton to sell, I have to click on all the towns to see who has the best prices. That’s a hassle since Port Royale 4 covers a lot of territory across the globe.

The game takes place on a large map that can be zoomed all the way out to get an idea of the scope of your capitalist venture. Or you can zoom in close and watch the little people hustle and bustle down the busy streets. It’s pretty impressive seeing the citizens of your colony go about their day. However, time moves much slower when you’re in that tight. You’re probably going to spend more time zoomed out so your ships don’t take hours to sail around. That’s a shame since staring at the map isn’t that visually appealing unless you’re into topography.

Managing your convoy can be daunting, especially once you build or buy more ships. Setting up trade routes so vessels will travel automatically and conduct business on their own becomes a necessity. Once you’ve gotten the hang of things it’s pretty easy to make money. A bit too easy in fact. After grasping the basics I started to make significant profits to the point that the game felt like it was playing itself. I was just watching all my ships travel across the routes, which was sort of boring.

Beyond simulating the experience of running a trading company, you’re also managing your city and trying to become a powerful governor. You’ll need to sell your goods to the surrounding cities, but to do that you need permits to do business. Once you gain enough fame, you can then set up businesses in that town and can even apply to become an administrator. There’s also the matter of finding workers, which means building more homes for them to live in. Churches, taverns, and other buildings encourage the population to go up. Since this is the 17th Century, more people moving in increases the chances of a plague outbreak. Needless to say, that will reduce your profitability and productivity.

As Fun As An Actual History Class 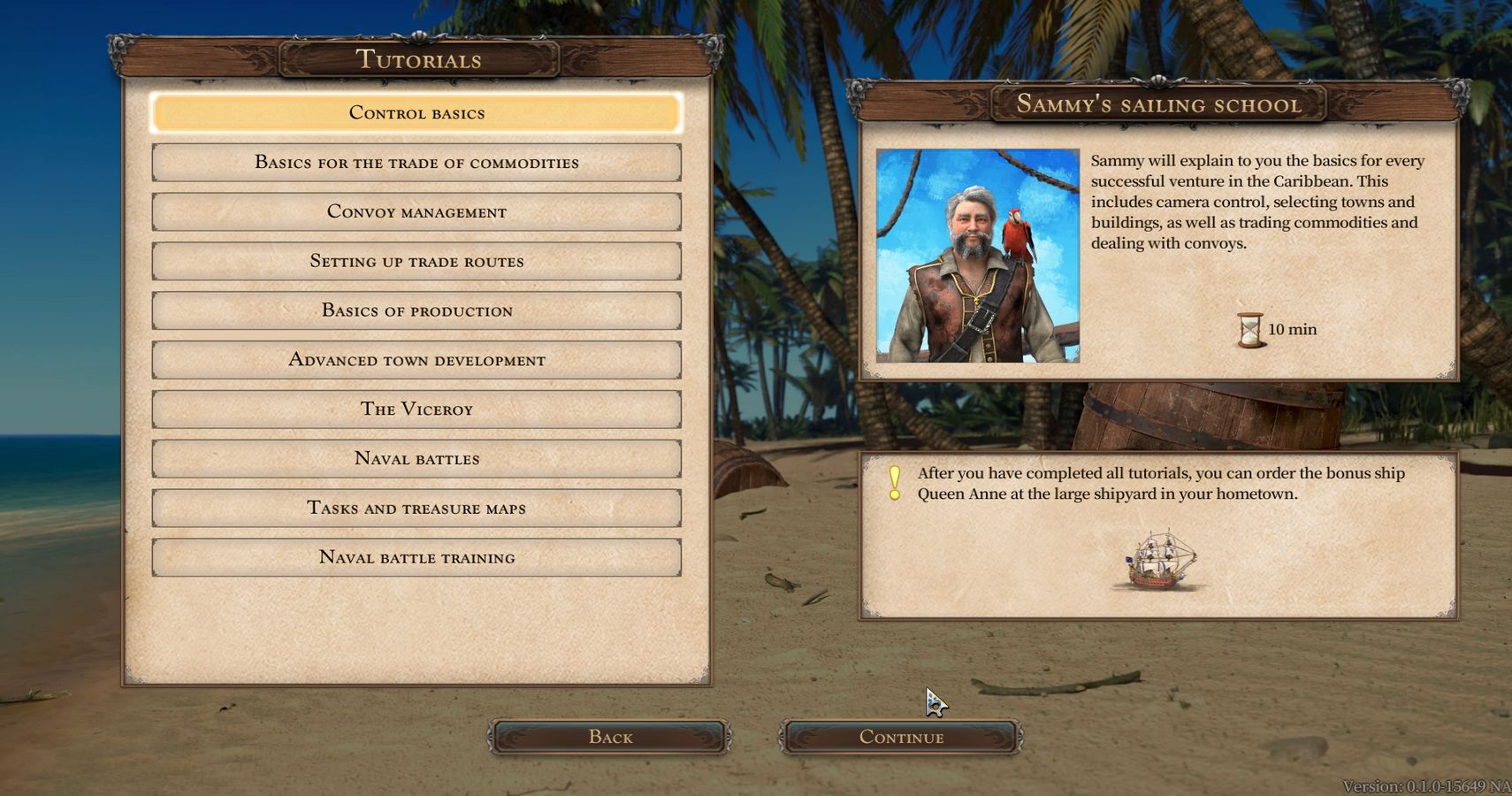 As you can tell, there’s a lot of systems and mechanics to learn in Port Royale 4. Fortunately, there’s an incredibly in-depth tutorial that goes over everything you need to know to play. Unfortunately, it’s about an hour long and painfully dry.

Some bearded guy named Sam teaches you how to run your business in multiple different classes and it goes on forever. I legitimately felt like I was taking some sort of expedited college course about historical European trade practices. Making the player sit there while a digital avatar prattles on about how to negotiate contracts with the Netherlands isn’t the most engaging way to introduce your game to someone.

There are other ways to get by in Port Royale 4 other than hauling fruits and vegetables to Spain and back. There will occasionally be side objectives such as delivering a set amount of goods to a town or finding a treasure map. You can indulge in piracy to earn some quick gold, although that could land you in trouble with rival nations.

It also might mean winding up in one of the game’s naval battles, which isn’t something I’d recommend since these fights are rather dull. While you can spice it up by giving your captains special abilities called Tactics, the battles are plain turn-based affairs that don’t offer up anything unique when it comes to strategic combat. It doesn’t help that these fights can go on for ages. Even the one I did during the tutorial seemed to drag until it came to an anticlimactic conclusion. I dreaded any time I got drawn into an encounter because I knew it was going to be a slow, boring 15 to 20 minutes.

I Think I’d Rather Do Paperwork 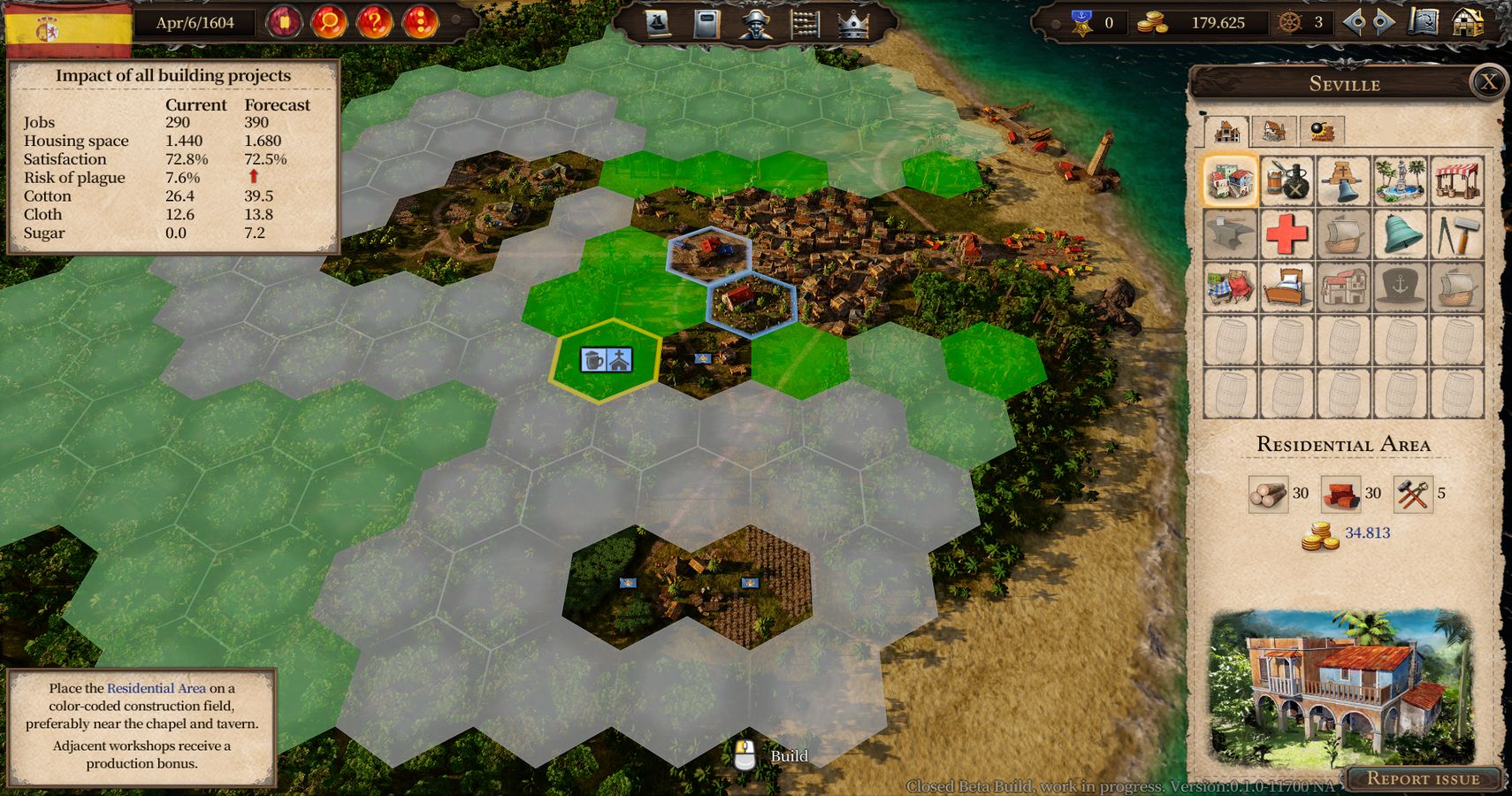 While I was initially invested, the tedium of Port Royale 4 soon began to set in. Navigating through all the menus to look at colony statistics, set up trade routes, and manage workers and businesses was sluggish and cumbersome. There’s so much information to retain that you need a spreadsheet and a calculator to stay on top of things. This feels like work, although I guess that means it’s successful at capturing the essence of being in charge of a 17th-century trading company.

Even for the niche audience that this game is aimed at, I imagine this will be too unintuitive and exhausting. With a better user interface and some quality of life improvements, I could see how this game could be enjoyable for everyone and not just history buffs. As it is right now, Port Royale 4 is great for those who love crunching numbers, but probably won’t be much for those who want to play a video game.

A PC copy of Port Royale 4 was provided to TheGamer for this review. Port Royale 4 is available on PC, Playstation 4, Xbox One, and Nintendo Switch.