Home » Reviews » PAX Co-Founder Jerry Holkins’ Tips On How To Perform Your D&amp;D Campaign For An Audience

PAX Co-Founder Jerry Holkins’ Tips On How To Perform Your D&amp;D Campaign For An Audience

There are so many great role-playing games to choose from, and the mainstream success of shows like Critical Role and Acquisitions, Inc. has inspired groups to share their characters and ongoing journeys with fellow gamers. Whether delving into a classic adventure with Dungeons & Dragons, exploring the far reaches of Federation space with Star Trek Adventures, or something in between, we have some great tips from PAX Founder and tabletop veteran Jerry Holkins right in time for PAX East 2020.

Transitioning From A Casual Setting To Video And Audio Recording

When a group of players make the decision to shift from a casual environment to sharing their adventures with an audience, the temptation may arise to change how one acts or prepares for a campaign. 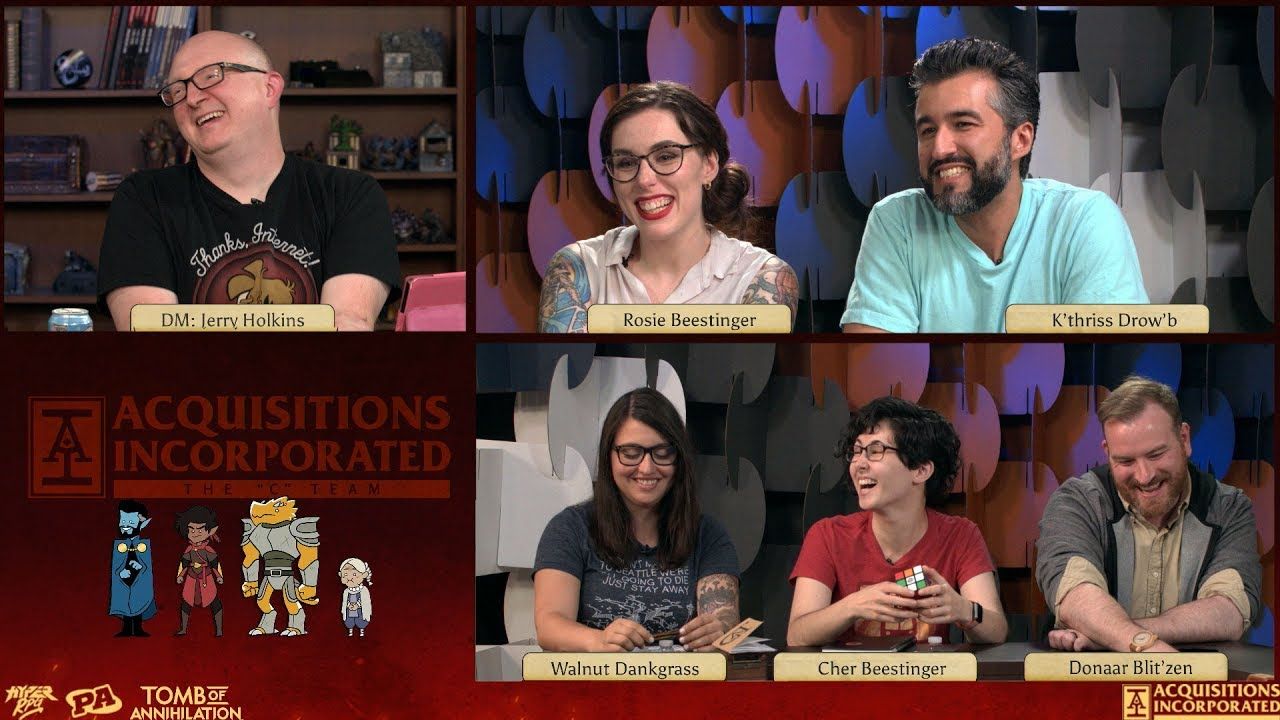 On The Subject Of Wiping Out The Party

Total Party Kills (TPK) can be a controversial subject with certain groups. While the idea of killing an entire party may seem over the top, but there are times when it can be organically incorporated into a campaign. Jerry describes the concept as a facet of the game that should always be present, at least in certain ways:

“The table for D&D (or any other roleplaying game, in my experience) is incredibly resilient. It can put up with a lot. In my experience, players can come to terms with character death provided that it’s not dying to trash mobs in an alley somewhere. Most backstories players tend to cook up have some death in there somewhere, and the threat of it always has to be out there.”

It seems that the most important consideration in dealing with death is how it appears, how often, and in what context.

“What I would say about Death is that you have to be conscious in your use of it, so that when it rears its head it’s ready to teach players something important about the world – sometimes it’s as simple as ‘the world is incredibly dangerous.’”

Of course, at other times a DM can always use their omnipotence to deal out meta-justice to those players who dare to break the world. 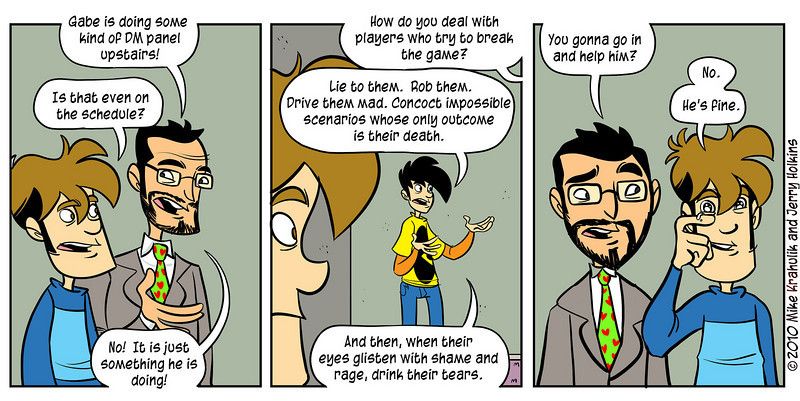 Give Everyone The Chance To Shine

People are different in their motivations, and so too are the characters they bring to a campaign. Some want to explore, some want to steal everything in sight, and others may embody what is affectionately terms as the Murderhobo. Left unchecked, any of these styles of play could dominate a campaign and overshadow what a DM aims to do, and striking a balance is key. For Jerry, this is especially true.

“The particular way I tend to run games, and the sorts of people I tend to play with, leans toward a weirder, more narrative game. But there’s typically one person in a campaign who really wants to kill things and root around in the enemy’s chest cavity for gems. That’s like… their thing.” 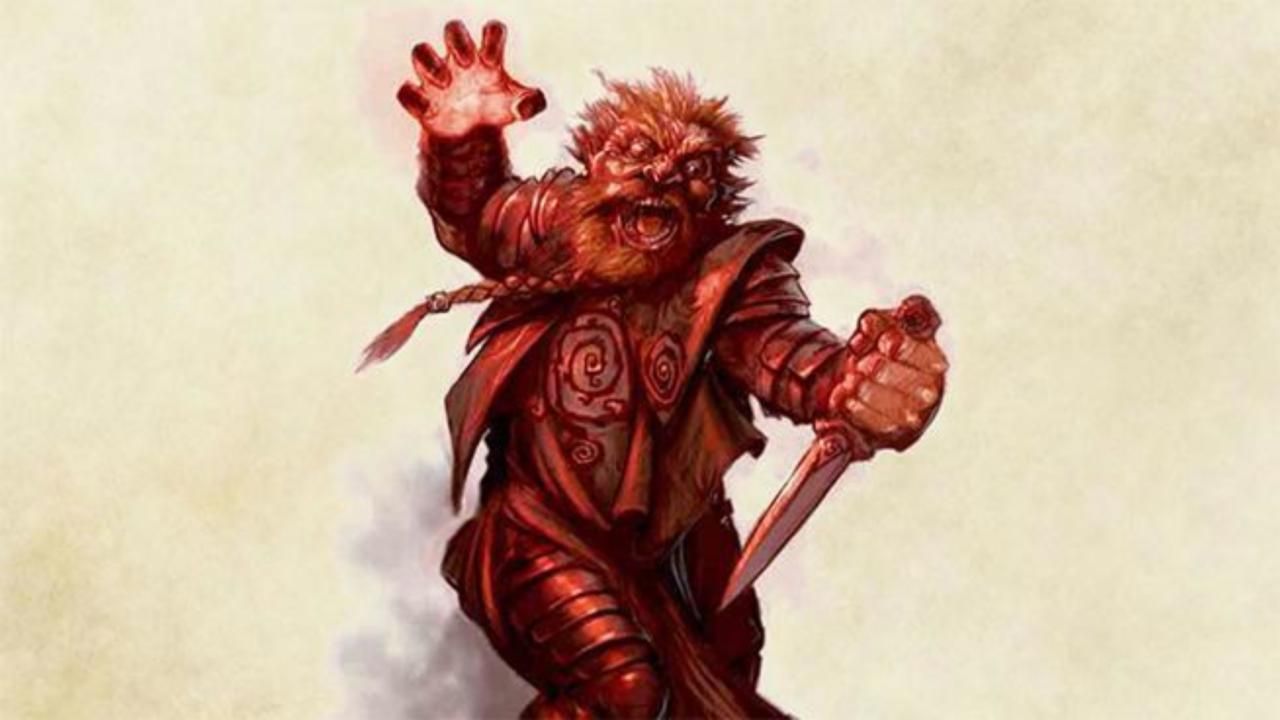 While some may consider this kind of behavior in game unacceptable, Jerry rolls with whatever it is that motivates a player, so long as there is a chance for everyone to shine.

“Just like there’s somebody who wants to have sex with elves or something. These archetypes don’t spring from nowhere. And just as long as they don’t get in the way of other people’s fun, and as long as they’re down to clown when it’s somebody else’s turn to take center stage, I’ll run that game. In general, you want a range of players at the table, for all the regular reasons you’d want that – but these things just happen to work for roleplaying as performance also.”

Are There Already Too Many Role-Playing Shows And Podcasts?

While the idea of sharing one’s adventures with an audience may seem exciting, the market for such shows is quickly becoming – or arguably already is – over-saturated. It may be difficult to stand out at first, but then again, that should not stop anyone from sharing their adventures.

The scene was quite different when Jerry began.

“ I started playing RPGs for an audience when podcasts were still kind of a weird thing, so it’s still kind of crazy to think that there even exists such a thing as a ‘market’ for it that could get ‘saturated.’ But I don’t think you’re wrong – plus, the profound length of many ‘actual play’ episodes make it very difficult to really follow more than a couple. That shouldn’t stop anyone, though. It should temper your expectations for a Wendy’s sponsorship, perhaps – but if that’s why you’re playing D&D, you have other problems.”

Finding Your Own Voice

On the one hand, the rise in popularity of shows like Critical Role and Acquisitions, Inc. is great for raising general awareness of role-playing games. On the other hand, it can also create in players an image of what a DM or player should be like that does not fit every group. We asked Jerry what he would do if shortly after beginning a campaign, a player was to declare that as a DM, they were not being enough like Matt Mercer, and that they should aspire to be like Critical Role.

“Do people like this exist? I guess I’ve read tales of beleaguered Dungeon Masters online whose players have said things like that, but I can’t even imagine what I’d say in the moment. I might forget to invite them next time.”

While Jerry has been a long-time DM, PAX East attendees will be in for a special treat as Mike Krahulik, the other half of Penny Arcade, takes on the role as guide for the party live on Saturday, February 29 from 8-11 PM in the Main Theatre. Hopefully Mike has taken some more time to prepare for the event than Gabe, his drawn counterpart. 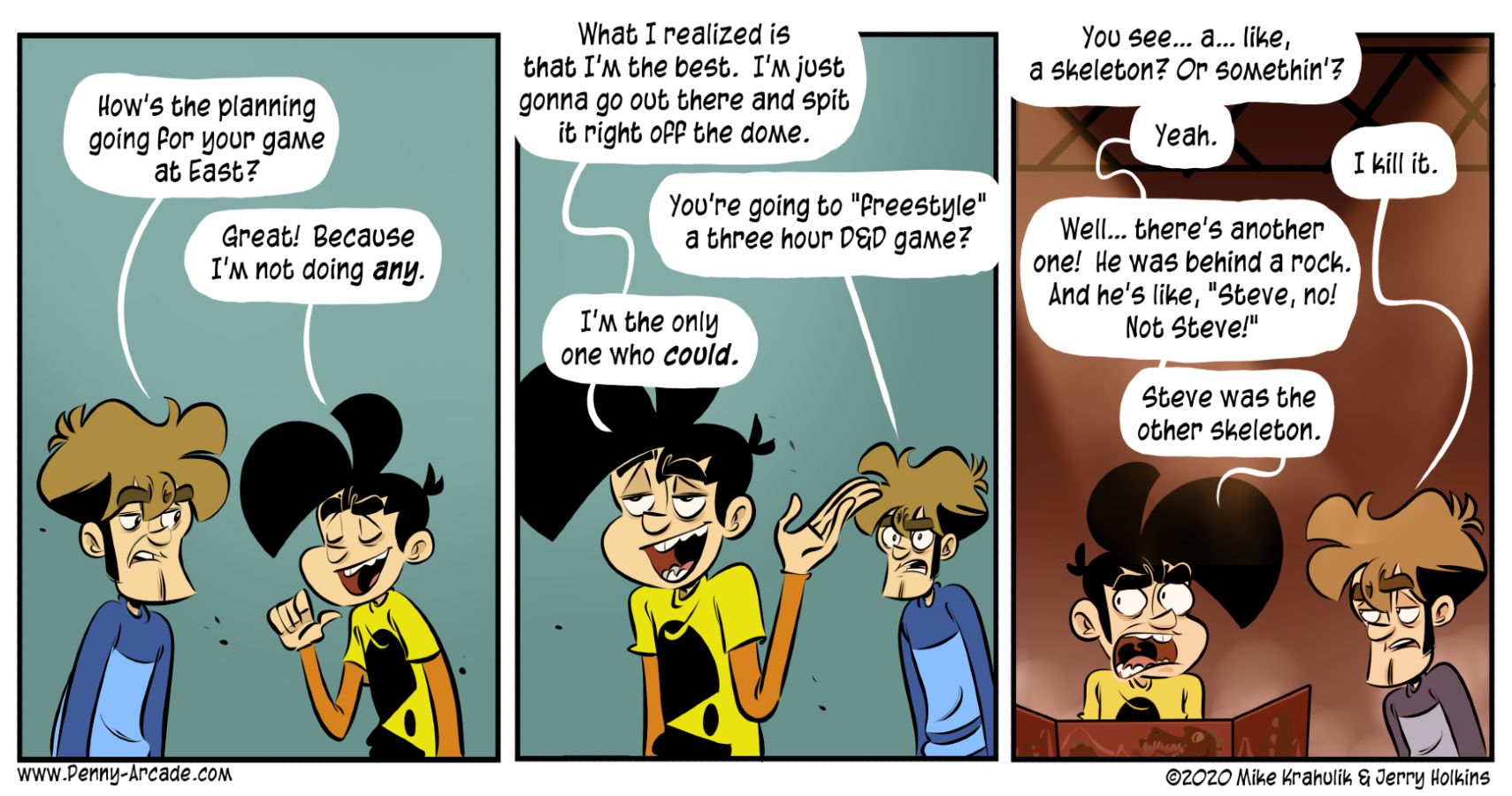