Home » Reviews » On The Level: Why “Through The Fire And Flames” Is The Gold Standard Of Bonus Levels

On The Level: Why “Through The Fire And Flames” Is The Gold Standard Of Bonus Levels

Bonus levels have existed almost as long as video games themselves, as a way to reward the player for their progress. Bonus levels are often without consequences; just fun, extra stages that differ from standard gameplay in some fashion. They could simply differ in difficulty, such as Street Fighter II’s car destruction stages where players punch inanimate vehicles instead of humans who fight back – or it could play like a different game entirely, such as Sonic 2’s 3D halfpipe stages. Regardless, all bonus levels serve the same purpose: to reward. And no bonus level has ever been as rewarding as “Through the Fire and Flames” from Guitar Hero III. 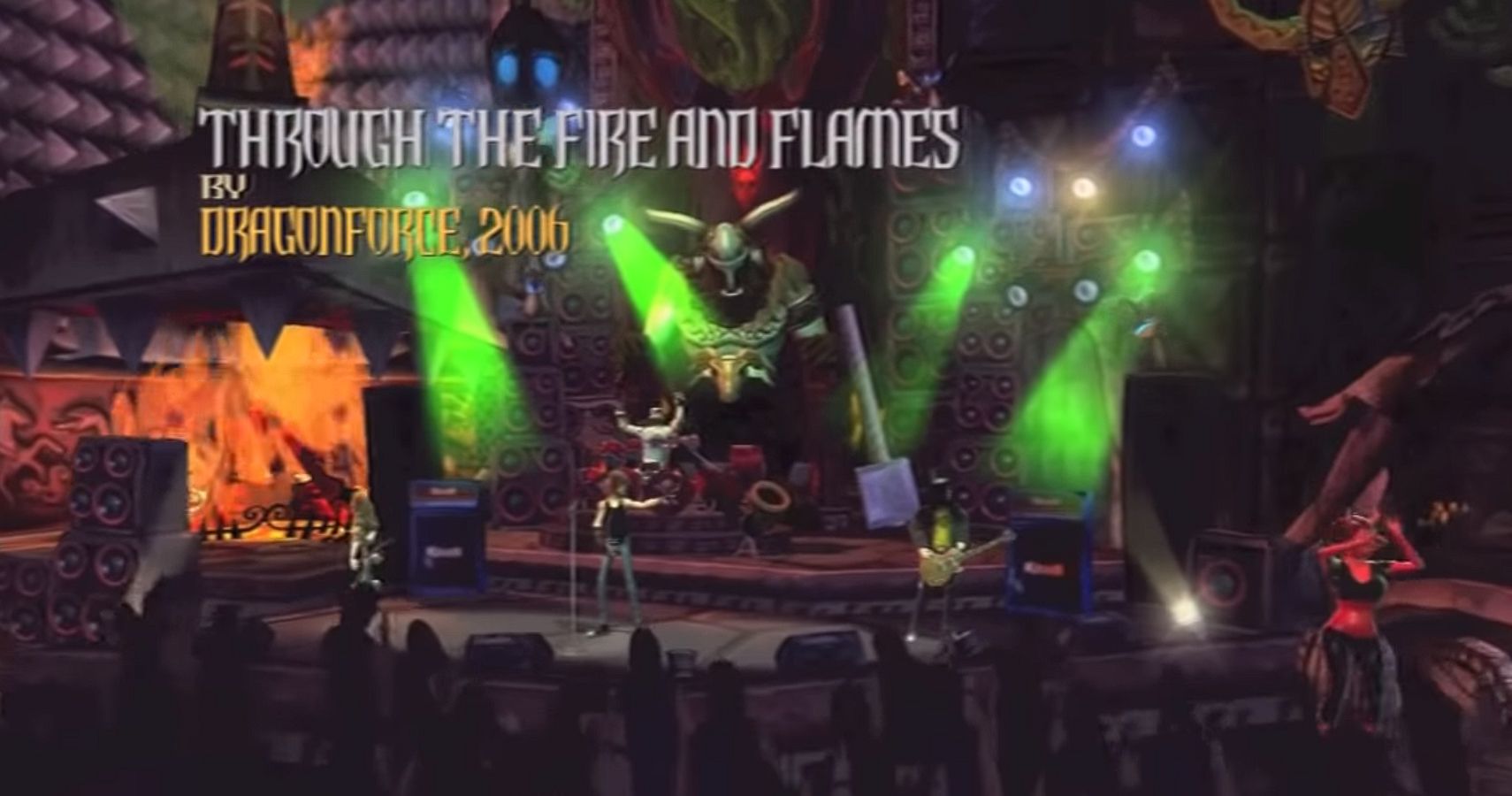 After defeating Lou in the final battle of Guitar Hero III, you are taken to Mount Olympus to play the song as a bonus track while the credits fade. You can’t fail out of the song here, but upon the completion of the credits, the song will be listed in your bonus tracks for you to play legitimately (with scoring and fail-outs). For the years that would follow, and still to this day 13 years later, players would compete to better the rest of the community at this track. While plenty have already full combo’d the song, top players are now doing so blindfolded and at higher speeds. On top of being an absolute banger, the song’s incredibly high difficulty and 7+ minute runtime make it the perfect platform for you to show off how good you truly are at Guitar Hero.

“Through the Fire and Flames” would go on to become Dragonforce’s most successful song to date and their only song to be certified platinum, with 1.1 million copies sold in the United States alone. This would be largely due to the part it played in Guitar Hero, as Guitar Hero III was the highest-grossing video game in the United States for that generation. No other bonus level in gaming history, and few normal levels can even begin to compare to the legitimate, life-changing impact that this song had on people; it helped explode Dragonforce into the international metal spotlight. But despite the incredible success of the band and the song itself, “Through the Fire and Flames” will always be “that one really hard song from Guitar Hero.”

This song generated communal efforts to perfect it. For nearly a year following the game’s release, it would dodge perfection from the thousands of players tackling it, before Chris “iamchris4life” Chike finally slayed the beast, earning the first ever 100% full combo on Expert difficulty. This feat would go as far as to be covered by the New York Times and CBS News in an age where it was very atypical for gaming feats to be covered by major news outlets.

I very vividly remember trying to just beat this song when I was a kid, but struggling to make it past the intro. I tried everything. I tried holding down the green fret with my right hand and playing the rest with my left, while my dad strummed the opening note for me and again whenever I missed; I tried using rubber bands to hold the green fret down so I could focus on the rest of the notes, then I would pause the game after the intro and take the elastics off; I would play the section for hours in practice mode at lower speeds to try and learn it, but nothing seemed to work. I couldn’t beat the song and I ultimately accepted defeat. It wasn’t until I revisited the game seven years later that I would finally pass this track… with only three stars. To this day, five stars still eludes me.

“Through the Fire and Flames” is the face of the franchise, and may well be the most iconic insentient villain in gaming history. The success of this track should be what all bonus levels aspire to be: an instantly recognizable, infinitely memorable stage that leaves a lasting impact on gaming pop culture. This track is all that and so much more, with more replay value than any other bonus level on the market and more legitimate cultural impact than many entire franchises even have. “Through the Fire and Flames” is, bar none, the best bonus level in history.