With the release of the NES Classic in 2016, the micro-console craze kicked into overdrive. Nintendo’s attempt at making a mini emulation box wasn’t perfect, but provided a very good experience for the majority of people that just wanted some kind of “plug-and-play” option for reliving classic titles. It was immensely successful and followed up by the even better SNES Classic the next year.

We all know about that, though. What’s more curious are all of the imitators that have cropped up in the years since. Sony has tried its hand (with disappointing results), SNK has multiple options, and Sega has basically perfected the art. What about all of these new mini arcade cabinets? Specifically, how does the new line of My Arcade Micro Players fare when stacked up to the competition?

Thanks to My Arcade, we’re able to take a look at the “Space Invaders” cabinet to see if it is worth you hard earned $40. If you just want a quick answer, I’d have to say yes. Certainly not perfect, the attention to detail with the decals and the surprisingly decent buttons make for a nice trip down memory lane. It could also be the perfect stocking stuffer for the retro enthusiast in your house, or even your parents. 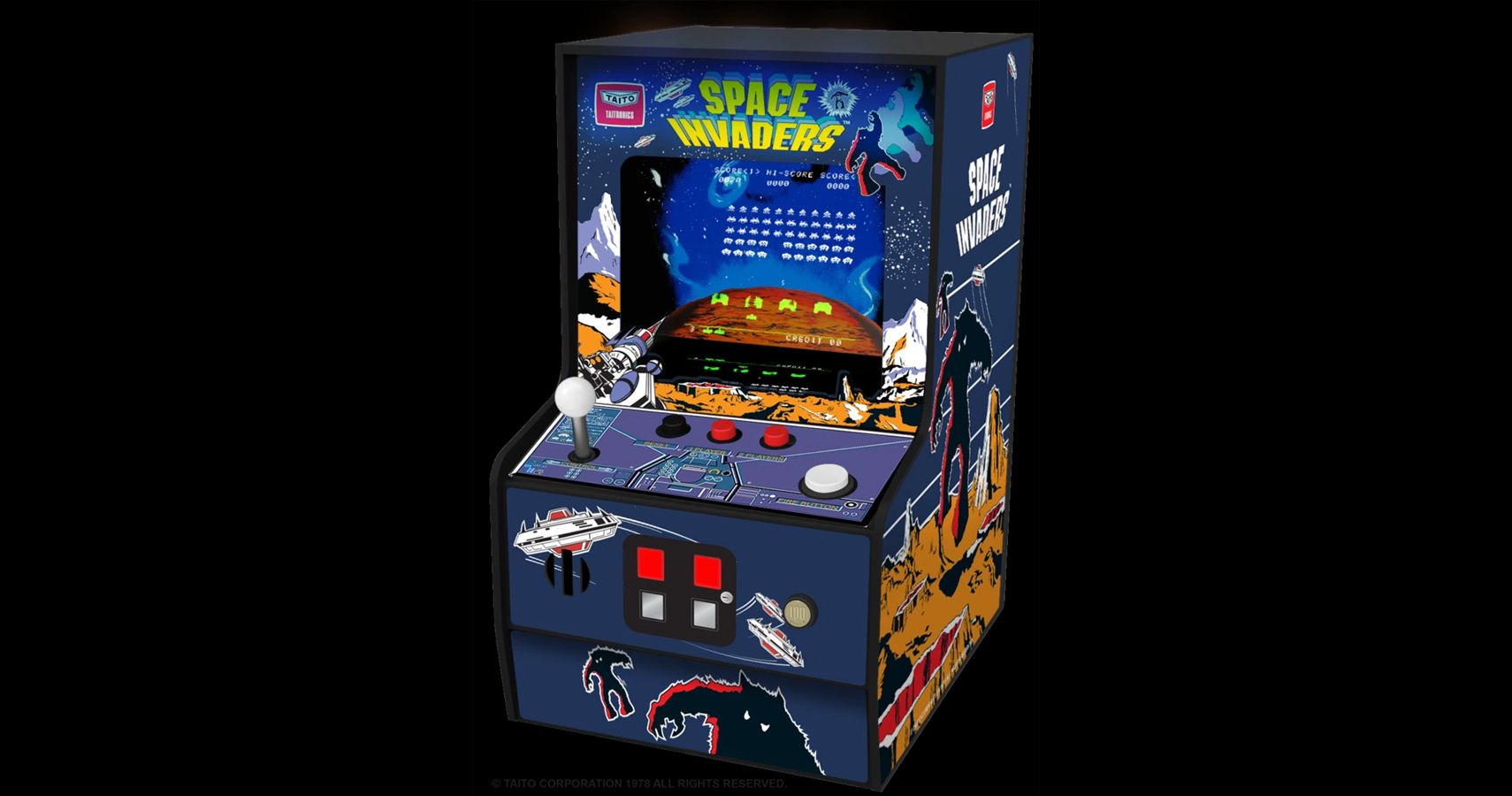 Based on similar models that began appearing in stores in 2018, Space Invaders is a small scale replication of the classic Taito arcade cabinet that took the world by storm in the ’70s. As is to be expected for the price, this cabinet isn’t made of wood or anything. It’s plastic molded into a cabinet shape with stickers placed to recreate the look of the original machine. In that sense, it might feel a little cheap, but it’s not bad when compared to some other offerings.

The buttons are similarly cut down in scale and can feel a little mushy. For how simple Space Invaders is, this never becomes a problem. You only have a single button for firing and the joystick is locked to two directions, meaning movement feels precisely as it did on the original cabinet. The joystick is also quite nice, which is a problem most mini-cabinets mess up.

The device is powered by either four AA batteries, or a micro-USB cable. My seething hatred for the micro-USB standard means I would personally recommend going with batteries, but either option works well enough. Since neither comes with the unit, you’ll have to supply your own power to get it running. There’s no rated battery life, either, but I’ve managed to keep it powered for over a week with it running for an hour or so a day. 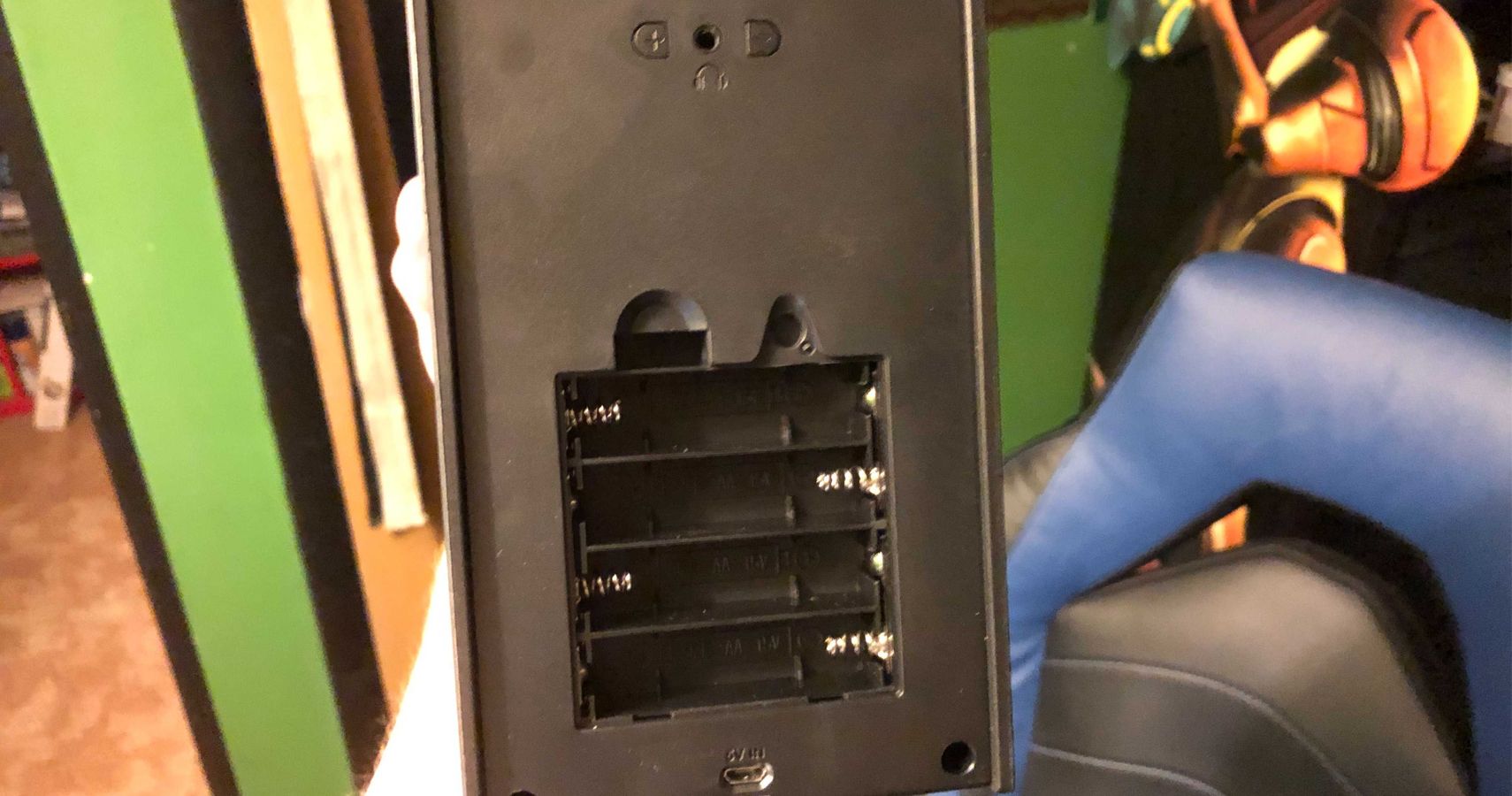 You can likely increase that duration by outright muting the device. On the back, you’ll find some hidden buttons for increasing or decreasing the volume. Space Invaders isn’t known for its thumping soundtrack or anything, but the bleeps and bloops sound decent enough coming out of the included mono speaker. I suppose you could hook it up to a speaker system with an auxiliary cable, but I can’t imagine a scenario where I’d want that.

Now we get into the downside and this one might be major to certain people. The included screen isn’t an LCD, but some kind of holographic display. The cabinet projects Space Invaders onto a background that adds some depth to the title. It certainly looks cool, but you have to be sitting at a very specific angle to actually see anything. The size of the projection is also really small, meaning you’ll have to squint in bright settings.

If you turn all of your lights off and mimic a classic arcade, the display is easier to see. It also looks really cool in complete darkness, but the viewing angles are disappointing. Someone looking over your shoulder is bound to not see anything and trying to line up your shots or dodge enemy projectiles is an exercise in frustration. 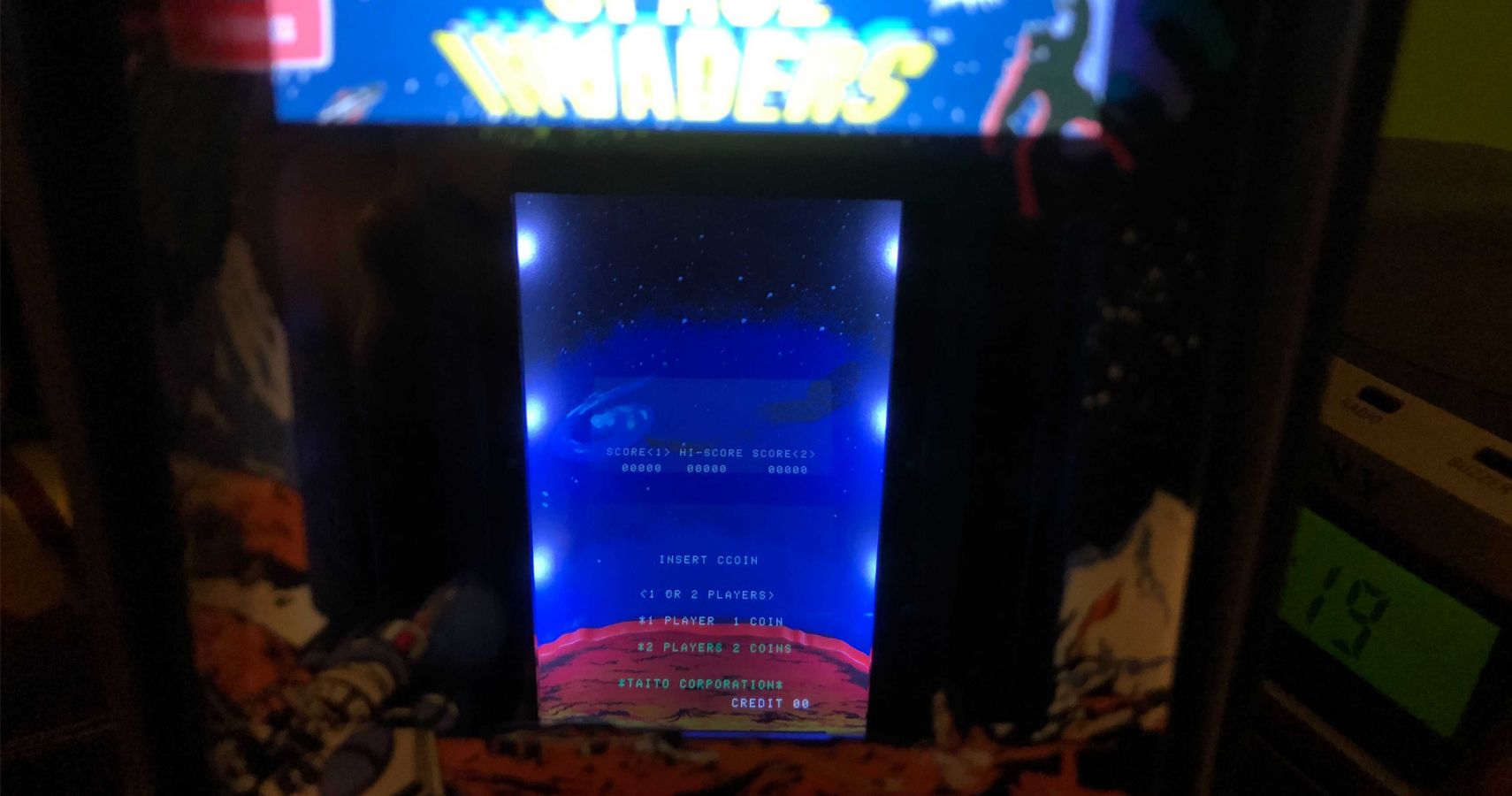 This isn’t the worst display I’ve ever seen, but it does make Space Invaders harder than it needs to be. I would have preferred a traditional LCD or even LED display, but My Arcade went for something that sounds better than it ends up being. It’s cool that the background is modeled into the plastic, which gives Space Invaders an almost 3D quality to it. It just comes at the expense of playability, which is unfortunate.

Apart from that, everything else about My Arcade’s mini cabinet is fine. You likely won’t be blown away, but then the price tag of $40 is hardly going to break the bank. I suppose there could have been extra games, but that likely wasn’t the goal. If all you want is a shelf display or a mini arcade to go in your game room, these little cabinets are honestly perfect. Nothing will ever beat an original machine, but not everyone has thousands of dollars and tons of floor space to work with. Sometimes you just want a nice little ornament for your shelf and that’s exactly what this is.

I wish I could be more positive about the actual game experience, but maybe that’s not the reason for this cabinet’s existence. Your personal use case will determine whether or not you want to take the plunge here. For me, I think I’d be fine leaving it plugged in just to pretend I have a small arcade for some of my stupid gaming figurines. 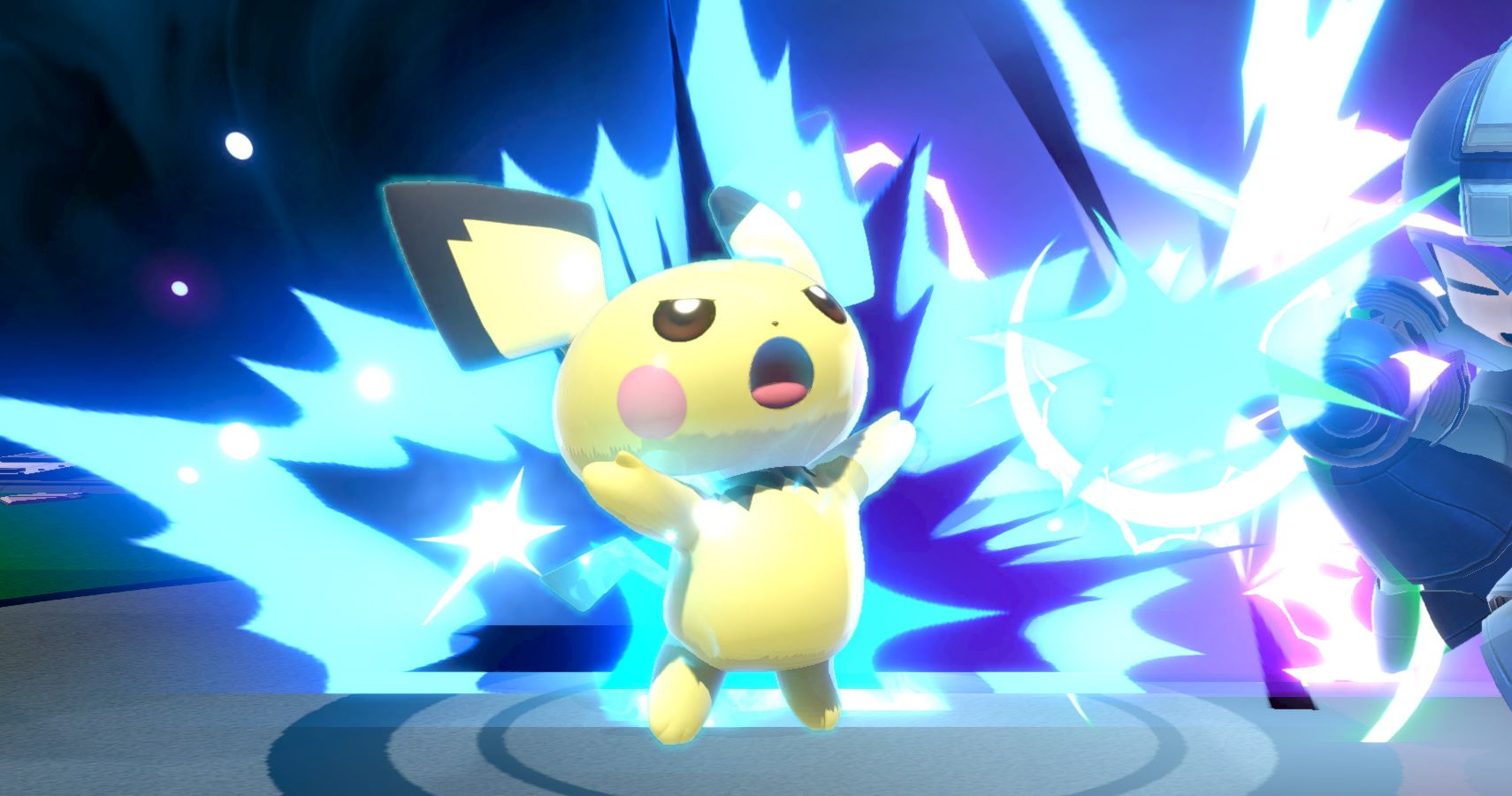 Peter is an aspiring writer with a passion for gaming and fitness. If you can’t find him in front of a game, you’ll most likely find him pumping iron.

Related posts:
Best News
Oculus Quest 2 Controller Battery Life Lasted Me 3 Months
Roblox partners with Ernest Cline on Ready Player Two event
Tawdry Gacha Game Azur Lane Crosses Over With Dead Or Alive
New PlayStation VR Mega Pack Includes 5 Games and Camera Adaptor
The World Ends With You Sequel Announced For Summer 2021
Recent Posts
This website uses cookies to improve your user experience and to provide you with advertisements that are relevant to your interests. By continuing to browse the site you are agreeing to our use of cookies.Ok