This year has been somewhat of a renaissance for tabletop and board games, what with the plague and all keeping us locked up indoors. So what do we buy these newfound board game obsessives? How about the gamer who already has them all? And what about family games? Join us now as we look at some last-minute board game gift ideas.

If you are not already familiar with the granddaddy of the modern board game phenomena, then why the heck not? Catan celebrated its 25th birthday earlier this year and has released a celebratory edition of the classic game. Catan (formerly Settlers of Catan) is the brainchild of Klaus Teuber, a former German dentist-cum-game designer who has several award-winning titles under his belt. 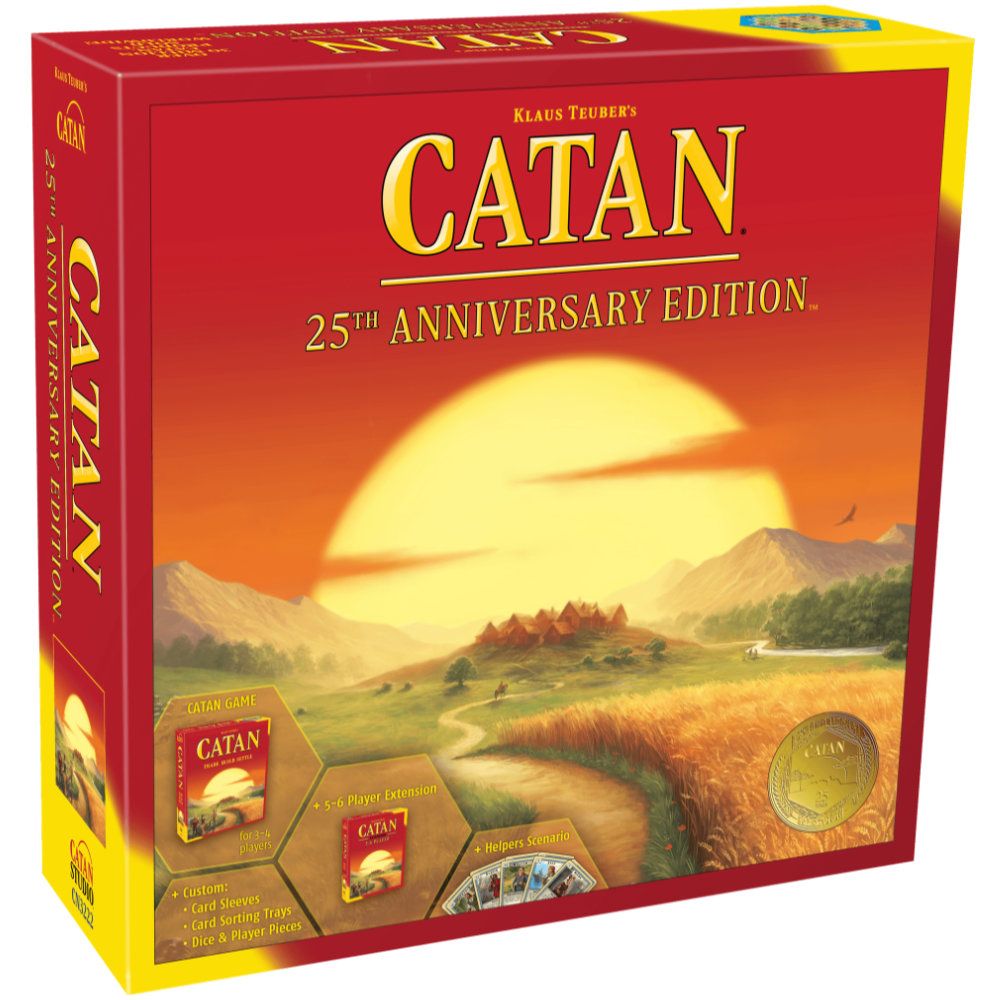 Let’s be clear, Catan 25th Anniversary Edition is probably not a purchase for long-time board gamers as it brings nothing new to the table, unless they want the sparkly, iridescent wooden play pieces? It is, however, a great start for new players as it contains a copy of the original game, the 5-6 player Extension, and the Helpers of Catan Scenario. It even comes with some card storage and protection sleeves, something that is usually an aftermarket purchase! All in all, this is a great purchase for someone new to the hobby. It’s also a great purchase for families with a recommended minimum age of 10+

The Pandemic series of games are a mainstay of many a gaming shelf, and the latest edition of Pandemic Legacy: Season 0 should be no exception. The Pandemic Legacy series took the original premise and added an episodic element that would be played over multiple sessions with the same group. This twist would influence the outcome of future games based up how the previous game had ended. 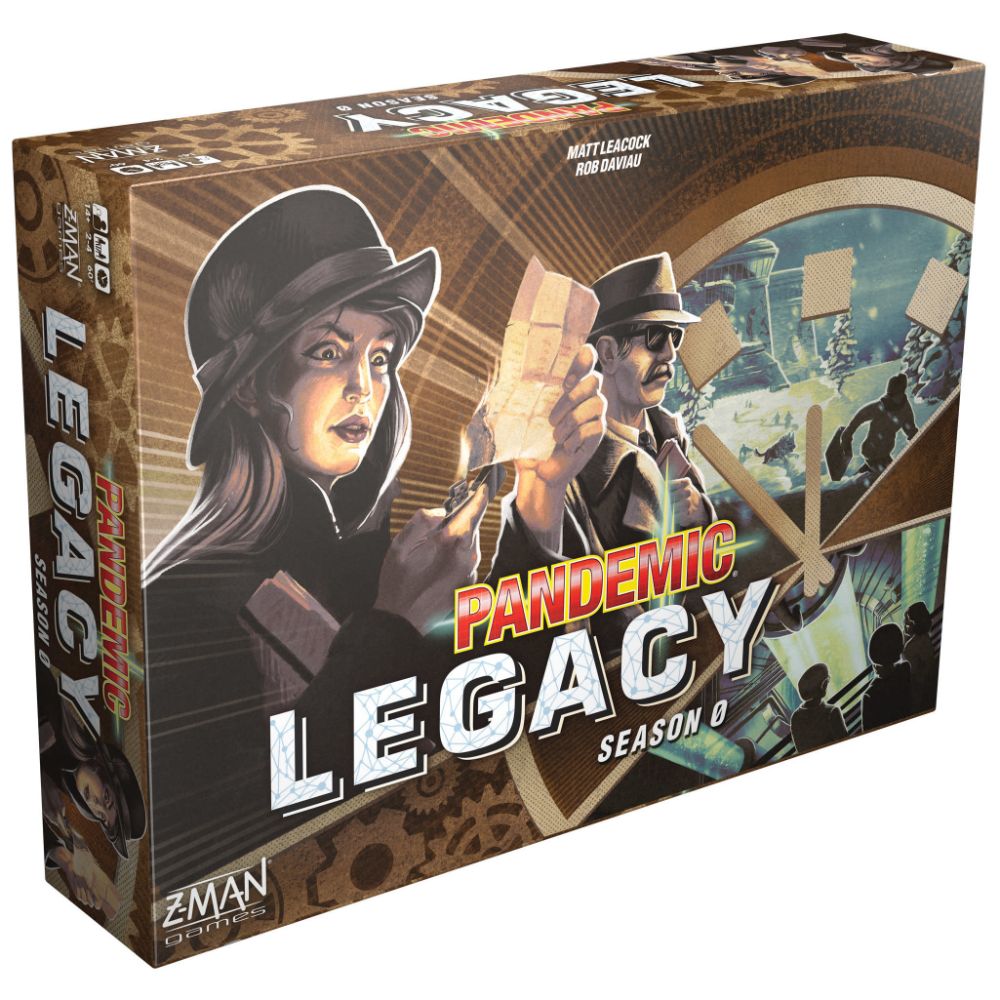 Pandemic Legacy Season 0 is a prequel to the previous two games, Seasons 1 & 2, and does not require you to have played them before this one. Set prior to the events of Season 1, Pandemic Legacy: Season 0 is set during the events of the cold war in the early 1960s. The players work together as recent graduates of the CIA to investigate rumors of a new man-made super-virus that is rumored to have come out of a soviet think tank. You can read TG’s Pandemic Legacy Season 0 review of this modern classic; we loved it and especially the aesthetic! The game looks and feels like it is a product of cold-war espionage with a war board, passports, and playing accessories, all themed perfectly. A must-have for fans of the Pandemic series. Pandemic Legacy: Season 0 is for 2-4 players, aged 14+.

The Lord of the Rings: The Board Game Anniversary Edition

Another game celebrating a milestone this year is The Lord of the Rings Board Game. It was first published 20 years ago. Fantasy Flight Games paid homage by releasing a faithful recreation of the original while bringing it up to date with new plastic miniatures of Hobbits and Sauron. The artwork of John Howe is crisp and vibrant, and the gameplay is a true testament to the prowess of veteran designer Reiner Knizia. 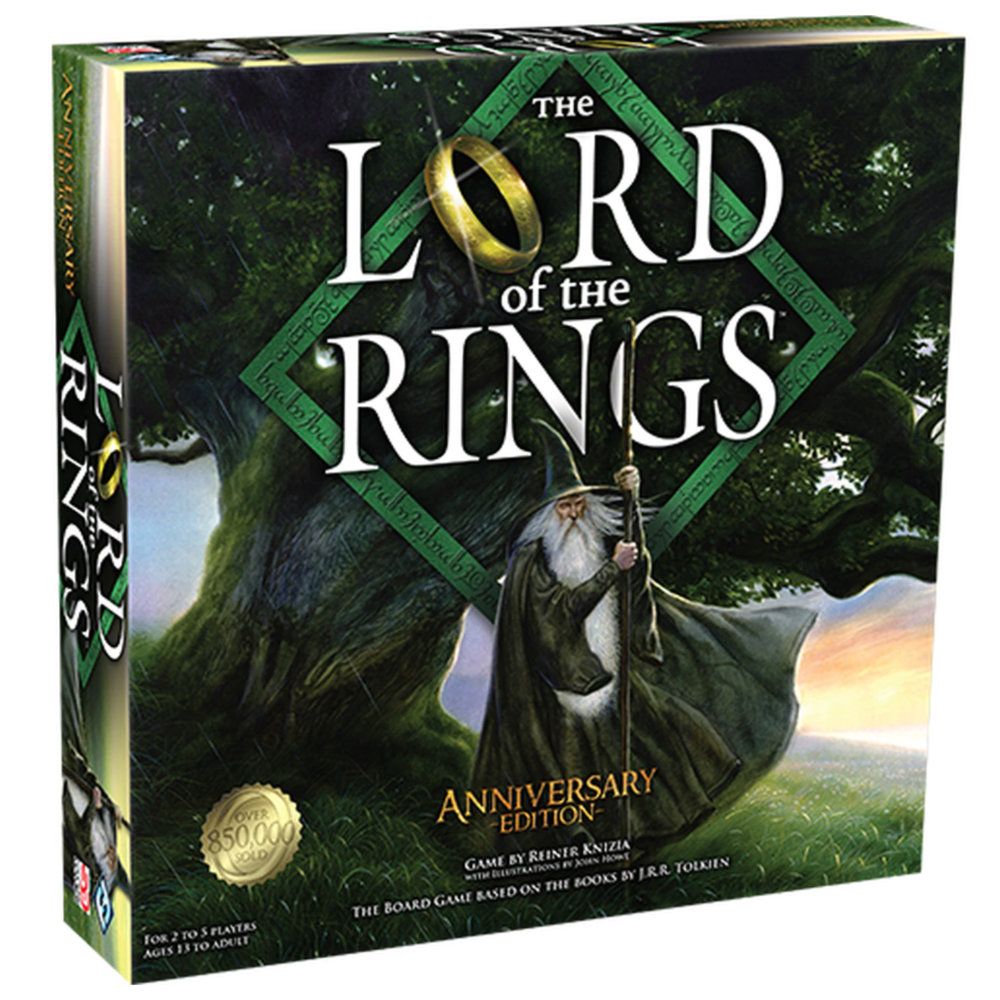 Arkham Horror: The Board Game

There are several Arkham Horror titled tabletop games, but one of our favorites is Arkham Horror: The Boardgame. Currently, in its third edition, it is set in an alternative history 1920s Americana and is based upon the works of H.P. Lovecraft. 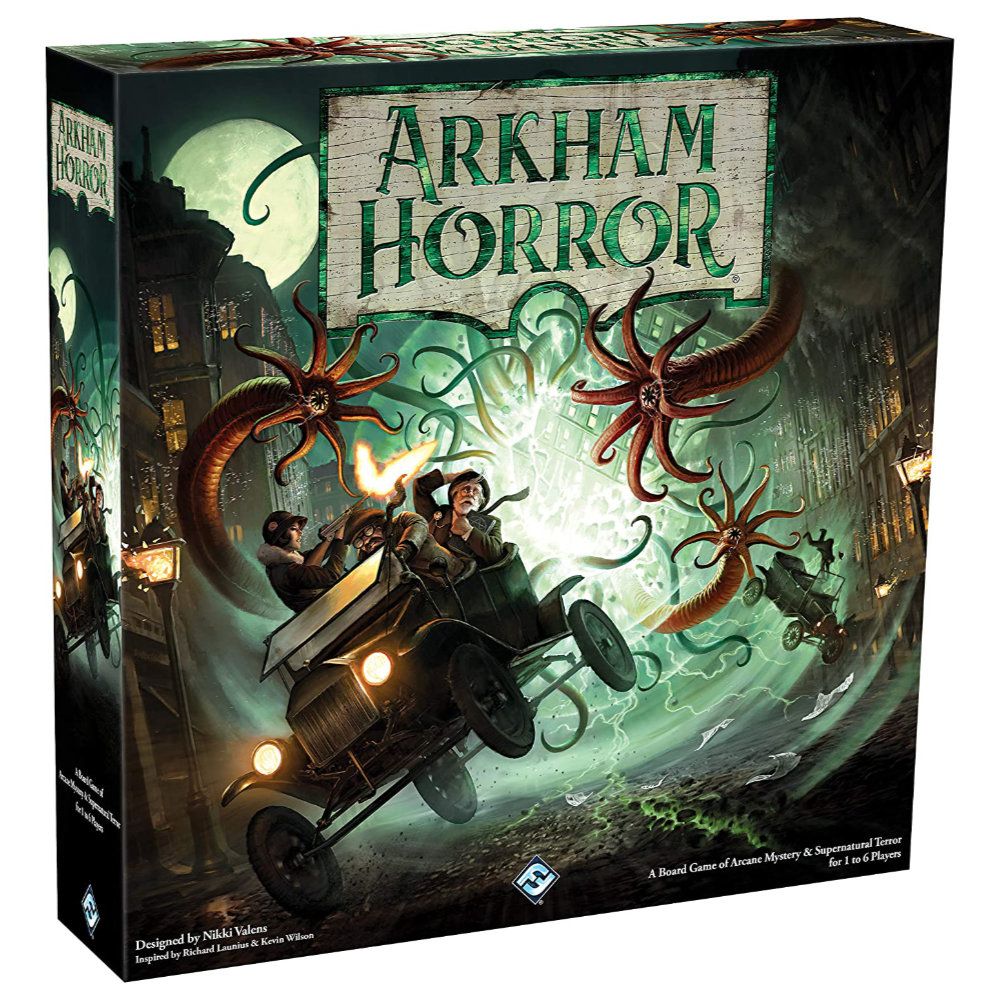 Something is stirring in the city of Arkham and it is up to the players to investigate and rid the world of the Ancient Ones, mysterious, shadowy alien creatures that reside just the other side of reality. Fans of cooperative games will feel right at home but it the strong horror and Lovecraftian themes, with a side of steampunk for good measure, that make this game a standout classic. Arkham Horror is suitable for 1-6 players, aged 14+

What can we say about Wingspan? A lot, apparently! For starters, who knew that ornithology would be so cool. As the name suggests, Wingspan is all about birds and one of the standout features is the beautiful illustrations of over 170 birds by artists Natalia Roja and Maria Martinez. If nothing else, this game is a work of art! 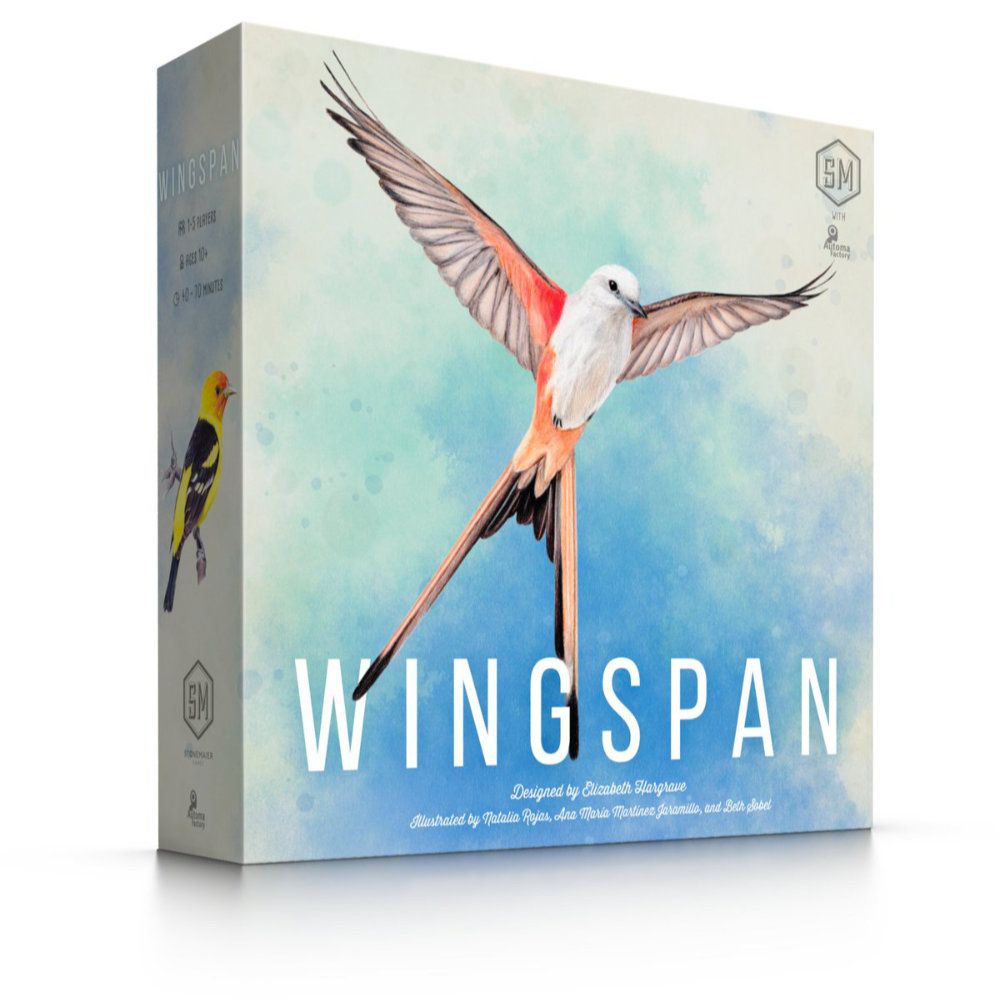 Designed by Elizabeth Hargrave, Wingspan pits the players against each other in a competitive wildlife reserve building game. The aim is simple, attract the rarest birds to score the most points. That doesn’t mean the game is easy, far from it! Players must find winning combinations by connecting birds with the correct habitats while growing their population. The multi-award-winning game is suitable for 1-5 players aged 10+ 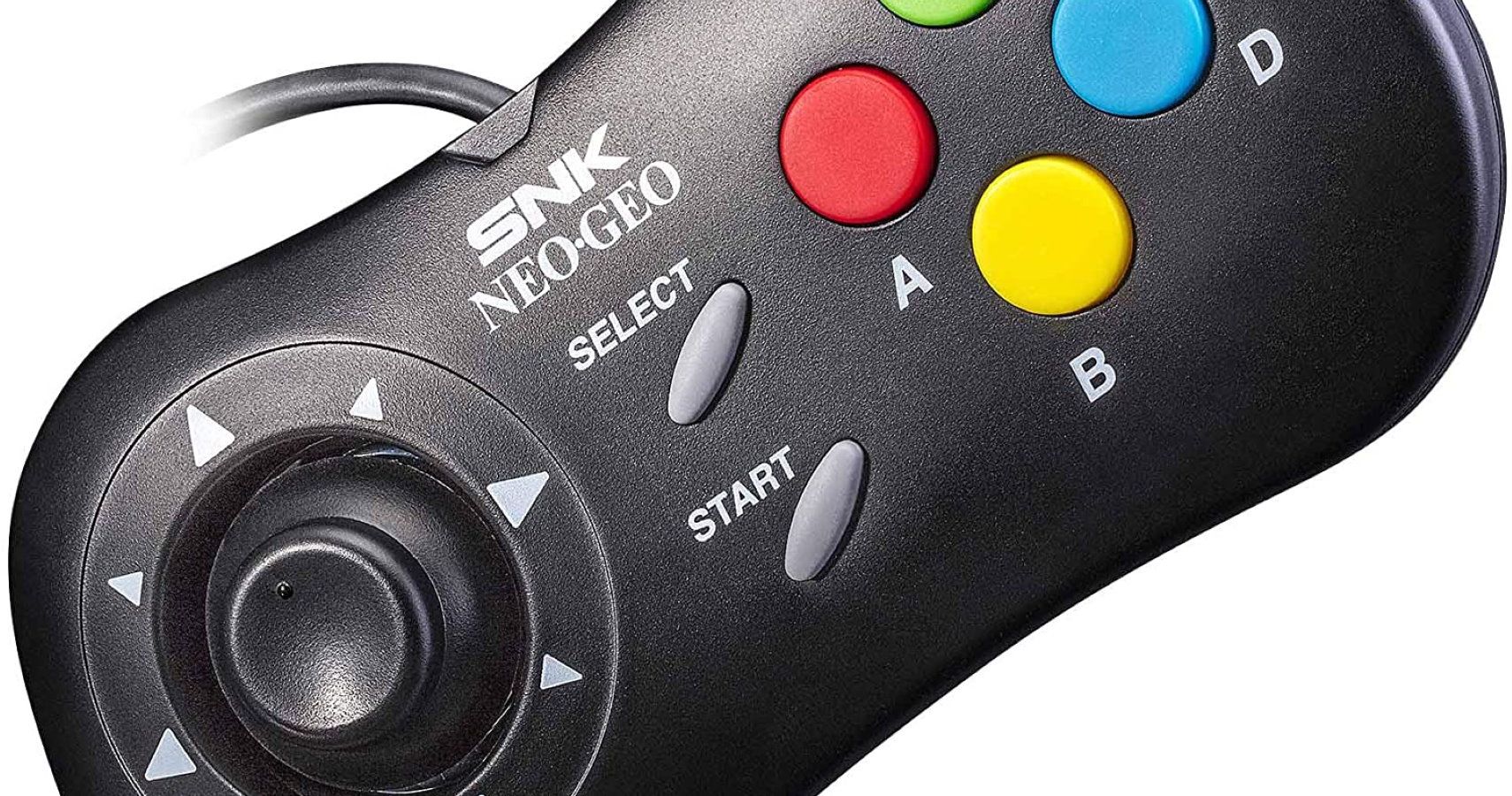 Related posts:
Best News
Team Vitality announces Garmin partnership – Esports Insider
10 Things Everyone Completely Missed In Assassin’s Creed Valhalla
Epic Releases Galactic Civilizations 3 And Dandara: Trials of Fear Edition For Free
There will be no GeForce RTX 3060 Founders Edition, Nvidia confirms
Video: Intel answers our Rocket Lake S questions
Recent Posts
This website uses cookies to improve your user experience and to provide you with advertisements that are relevant to your interests. By continuing to browse the site you are agreeing to our use of cookies.Ok