Fallout 3 came out 12 years ago on October 28, 2008. I adore this game. It raised all my expectations for open-world RPGs. Actually, it raised all my expectations for games period. I had never played anything like it before. Roaming around a ruined post-apocalyptic wasteland, encountering mutated horrors, and trying to help the poor, destitute residents of the irradiated remains of Washington will always be a gaming experience that I’ll hold close to my heart.

Up until the point at the end when the game flat-out called me a coward. 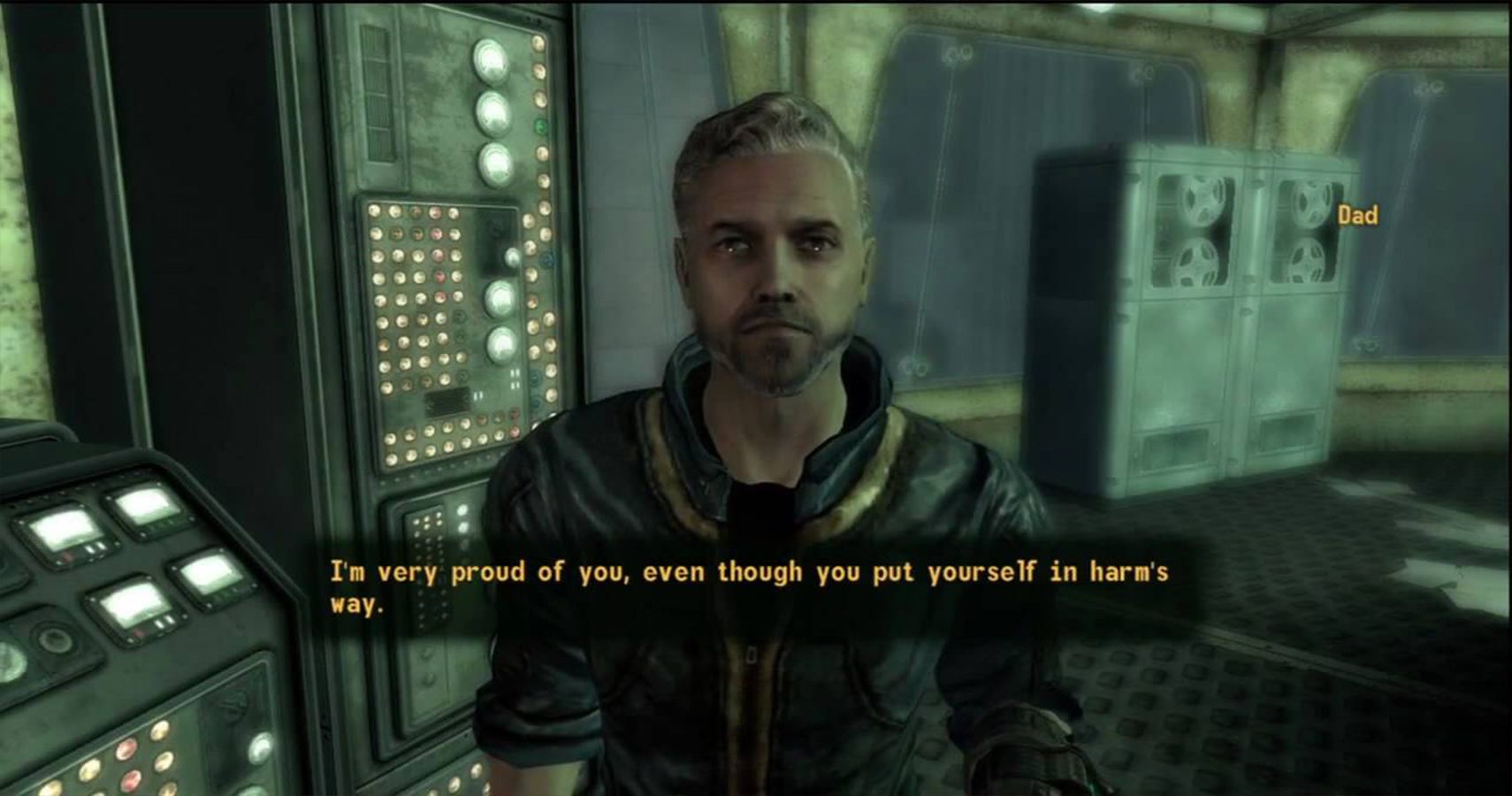 You see, the main quest of Fallout 3 is about finding your father once he’s escaped from the Vault that you’ve spent the majority of your life in. Upon finally reuniting with your Liam Neeson-voiced parent, he reveals that he was part of a top-secret scientific endeavor called Project Purity that would bring clean drinking water to the citizens of the Capital Wasteland. He left the Vault to finish his work and help quench everyone’s thirst.

But since nothing ever goes right in the Fallout universe, fascist baddies The Enclave get involved and try to take over the facility for themselves. So your dad sacrifices himself by flooding the activation room with radiation in order to prevent them from getting their filthy hands on his work and using it for the purposes of evil. The downside to this is that the only way to clean the water supply is by inputting a special code in that now irradiated room.

The game is supposed to end with you following in your father’s footsteps and heroically sacrificing yourself by entering this room to activate Project Purity. This will kill you, but everyone gets clean water and you get the good karma ending, so it all works out.

Alternatively, you could take the coward’s route and send Sarah Lyons – a Brotherhood Of Steel soldier who accompanies you on this mission – into the room instead. The ending would then call you a wimp and declare that it was she who was the true hero after all. There’s no worse feeling than hearing Ron Perlman – who narrates the game with his gravelly voice – essentially call you a yellow-bellied wuss.

When I played Fallout 3, it was around the time that the Broken Steel DLC released. This content added a whole new campaign that occurred after the main story wrapped up and allowed you to keep playing after the end credits had rolled. It also made significant changes to the ending of the game, which included the option to let one of your companions go into that poisoned room instead of you.

One of those companions happens to be a highly intelligent super mutant named Fawkes (aka the best companion.) Since he’s a super mutant, he’s immune or at least incredibly resistant to radiation. So entering a room full of the stuff wouldn’t have any real effect. So you could send him in to enter the code, he’d be fine, you’d be fine, Sarah Lyons would be fine, and everybody in the Wasteland gets crystal clear H2O to enjoy in abundance. It’s as win-win as a Fallout scenario could possibly get.

So, by finding a solution that allows everyone to live and saves the people of Washington, you would think that the game would acknowledge your pragmatic problem-solving skills in a positive manner, wouldn’t you? Well…

Oh, excuse me, I’m sorry, Fawkes was the true hero, huh? Not me, the guy who did all that work helping people out there in the Wasteland? Fighting Deathclaws and evil robots and saving people from Slavers?

Apparently, because I chose to not die and sent in a guy who could press a button without fear of radiation poisoning, I’m a horrible human being. So instead of being praised for my intelligence, I’m chastised for not becoming a corpse. How utterly cowardly of me to not sacrifice myself despite the fact that I was standing next to an 8-foot tall mutant-man who is basically made out of radiation. Shame on me, I guess?

I hated this ending when I played it because I couldn’t understand why it would be written this way. Why would you give me the choice to send in someone immune to radiation and then still call me a coward for doing so? It’s literally the best possible option! I get that sending Sarah in to kill herself in my place deserves some well-earned scorn from Mr. Perlman. But Fawkes is going to be fine! Look at him in that ending! He’s practically dancing around in all that radiation! Hell, he starts kicking the machine because he’s getting bored of waiting for it to start up.

As a result, this ending has always clouded my memories of Fallout 3. The idea that to be a true hero you have to be willing to pointlessly sacrifice yourself is so unbelievably stupid. It’s not like the people of the Wasteland are going to think less of you. They’re not going to say, “Well I’m glad that The Lone Wanderer got us all clean drinking water, but shouldn’t he have allowed himself to be turned into a puddle of green goo? What a loser. Next time a giant scorpion is gnawing on my face I don’t even want him to save me.” 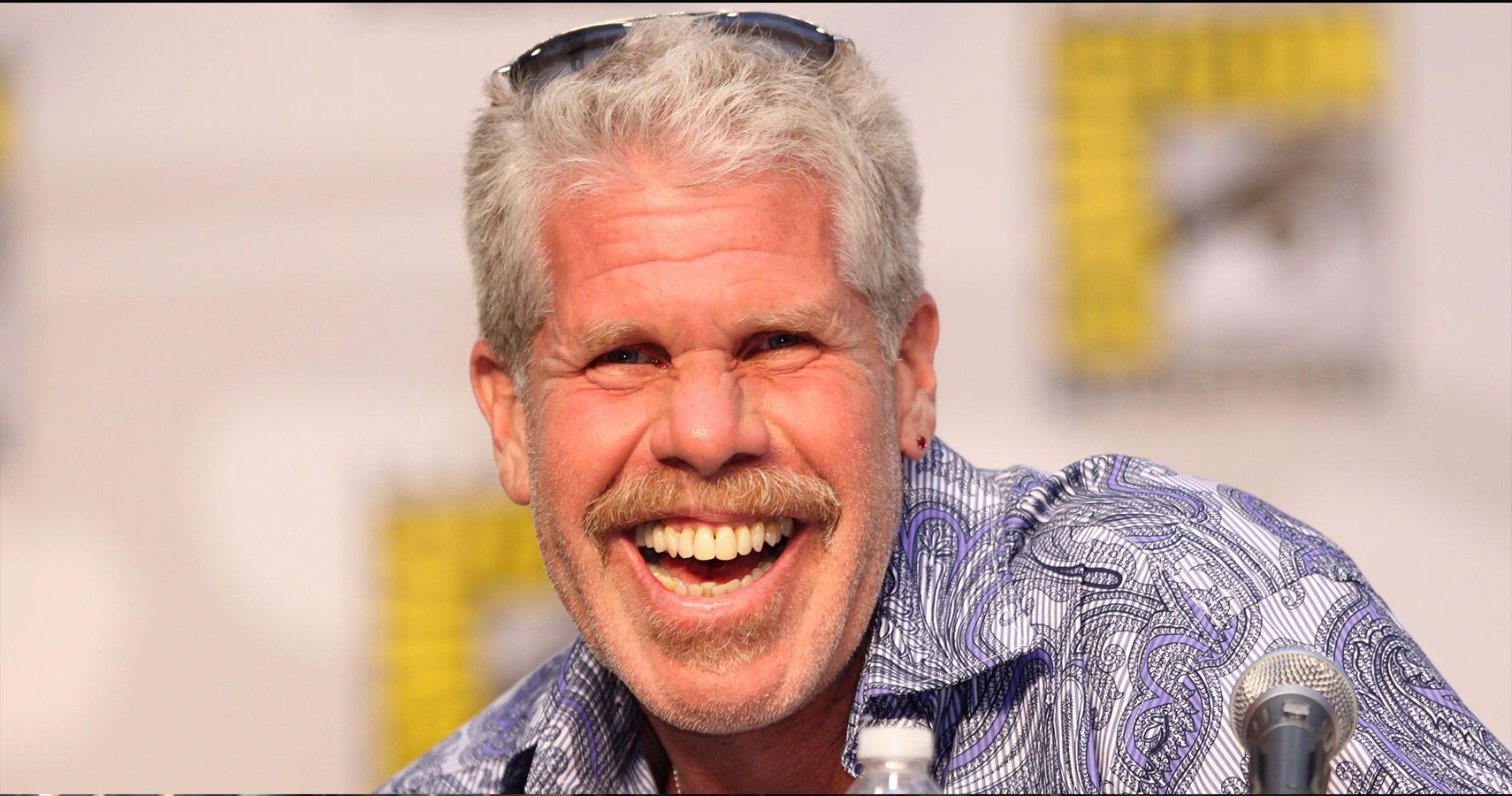 Of course, this is only a small issue I have with the game. I still cherish Fallout 3 more than most games I’ve played since. It’s full of amazing stories, side quests, and weird events that occurred as a result of Bethesda’s notoriously buggy game engine. I still fondly remember the time I accidentally started a war between three super mutants, a platoon of Brotherhood Of Steel soldiers, and a swarm of giant ants. So even being insulted by my otherwise positive ending isn’t enough to completely sour me on one of my favorite games of all time.

But seriously, come on, I totally made the right decision. You know what, maybe next time out of spite I’ll put the FEV virus in the water supply. That’ll show Ron Perlman. The ungrateful jerk.

NEXT: Industry Games Of The Generation, As Chosen By Actors, Developers, Studio Heads, Writers, And More 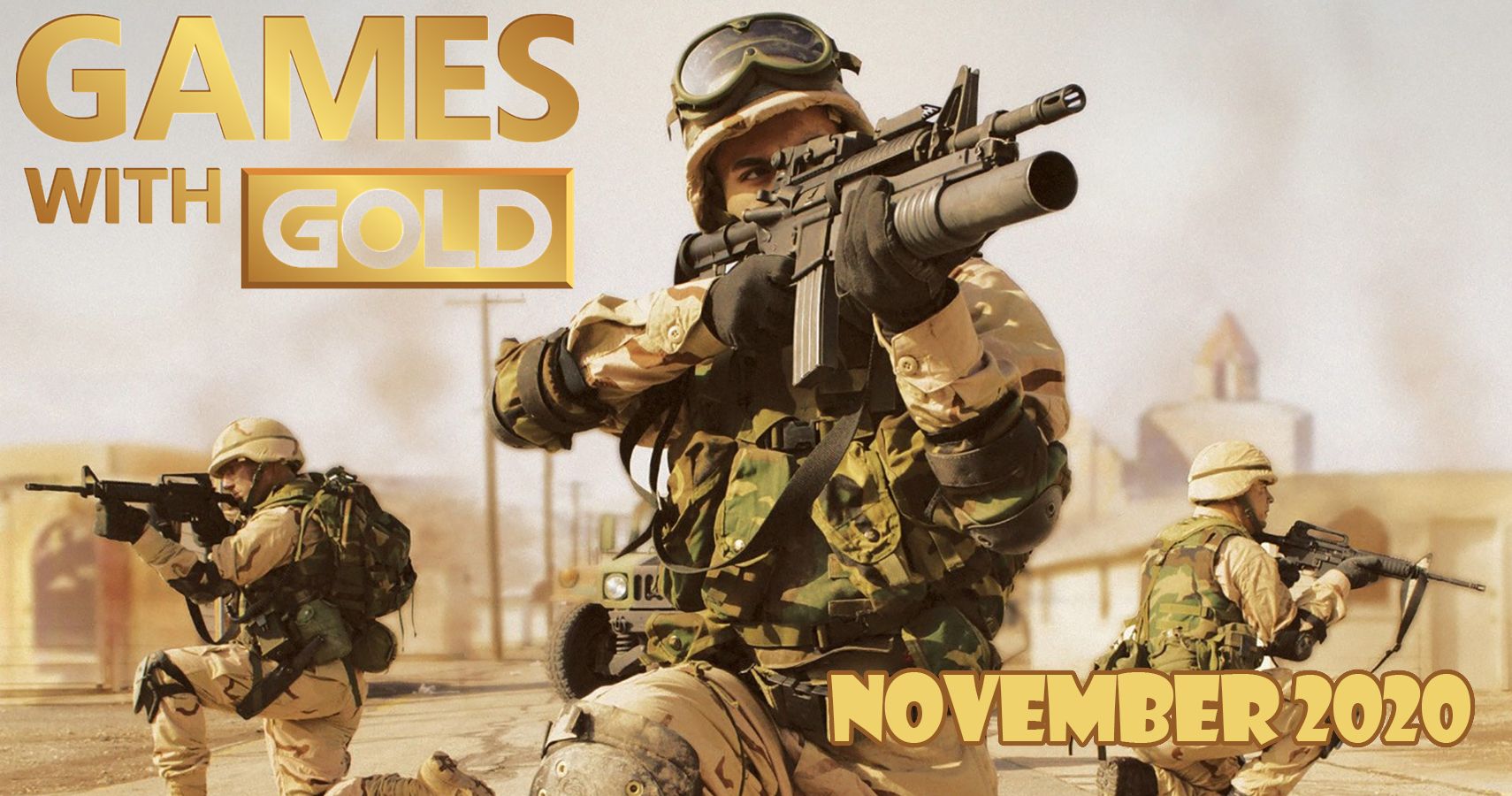 Related posts:
Best News
GreenPark Sports Raises $14M, Partners With NBA and LCS
Dive Into The Dark Side Of Warhammer 40k With Humble RPG Book Bundle
LLA’s All Knights introduces Wadid as newest starting support for 2021 roster – Daily Esports
Sea Of Thieves To Move Away From Monthly Updates In 2021, Focus On Bigger Seasons
Trust Me, You Absolutely Need To Let Spiritomb Follow You In The Crown Tundra
Recent Posts
This website uses cookies to improve your user experience and to provide you with advertisements that are relevant to your interests. By continuing to browse the site you are agreeing to our use of cookies.Ok