In October last year, Nintendo launched the Switch OLED, a fancy new version of its wildly popular semi-handheld console. With 92.8 million hardware sales worldwide, the Switch is on track to beat the Wii as the company's best-selling console—a goal I've personally contributed to by recently upgrading from a Switch Lite to the OLED model. There was nothing wrong with the Lite. I've been playing it regularly for two years now, and have enjoyed hundreds of hours of Zelda, Mario, and Animal Crossing on it. But the lure of that new display, and finally seeing Breath of the Wild on my TV, was just too much to resist.

The Switch OLED has a lot of minor improvements over the standard console, including a sturdier kickstand and a generally more premium feel. But as the name suggests, the new display is the real star here. Going from the 5.5-inch LCD display on the Lite to the 7-inch OLED display on the new console is more than a significant upgrade—it's night and day. The deep blacks! The pin-sharp pixels! The colours! The brightness! The extra screen real estate! Last time I felt like this was when I realised far too late that I needed glasses, got some from the opticians, and was stunned to discover that I'd been walking around in a blur for years.

As a dedicated Lite user, switching to a full-size console has taken some adjustment. The Lite weighs just 277g, compared to the OLED's 320g, which makes it feel a lot heavier. (Side note: the OLED is slightly heftier than the original Switch too, which weighs 297g.) I also have to lower the brightness quite a bit if I'm playing in a dark or dimly lit room, otherwise those glaring OLED whites melt my eyeballs. But these are mild inconveniences, because in every respect this new console makes my beloved Lite feel like a baby toy. We had some great times, but I'm sorry. It's over. You are never leaving the drawer I put you in. 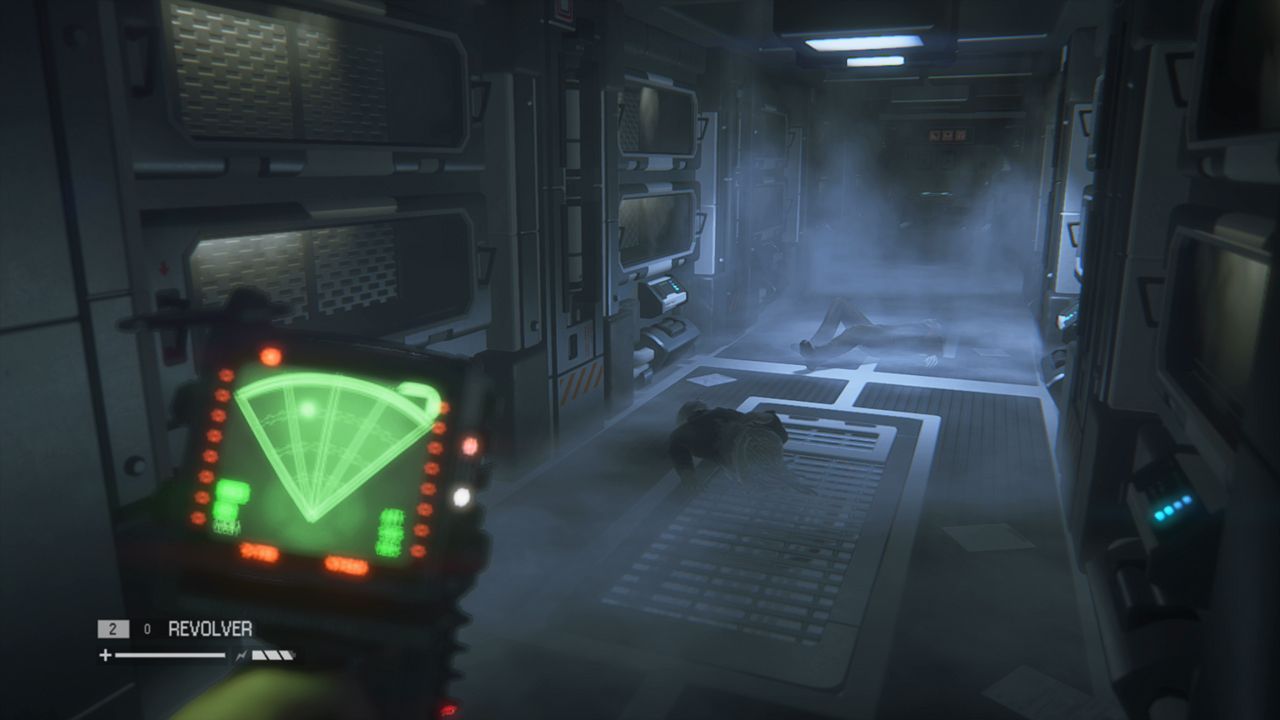 Animal Crossing: New Horizons is where the difference really hit me. For almost 80 hours I'd been seeing Sandy Cove (that's my town, it's lovely) on the Lite's wee, murky 5.5-inch screen. But now, thanks to that OLED display, it pops and sizzles with colour and detail that I never noticed before. I mean, it's still fundamentally the same experience, but it's amazing how much of a difference this display makes to these kinds of vibrant, colourful games. Super Mario Odyssey has also been given a new lease of life, with the sparkling, shimmery waters of the Lake Kingdom looking especially spectacular on the new screen.

But it's just as good for darker games too. Alien: Isolation looks incredible on this thing, with the OLED's deeper blacks accentuating the shadowy environments and adding to the game's powerful sense of claustrophobia. Sevastopol Station feels even more oppressive as you creep through the darkness. This was already a pretty game on Switch, but it's remarkable how much the new display enhances the aesthetic. I've played Isolation on every platform it's appeared on to date, and this is the best I've seen it looking outside of the PC version. It might be the best example of the Switch OLED's improved display actively improving a game. 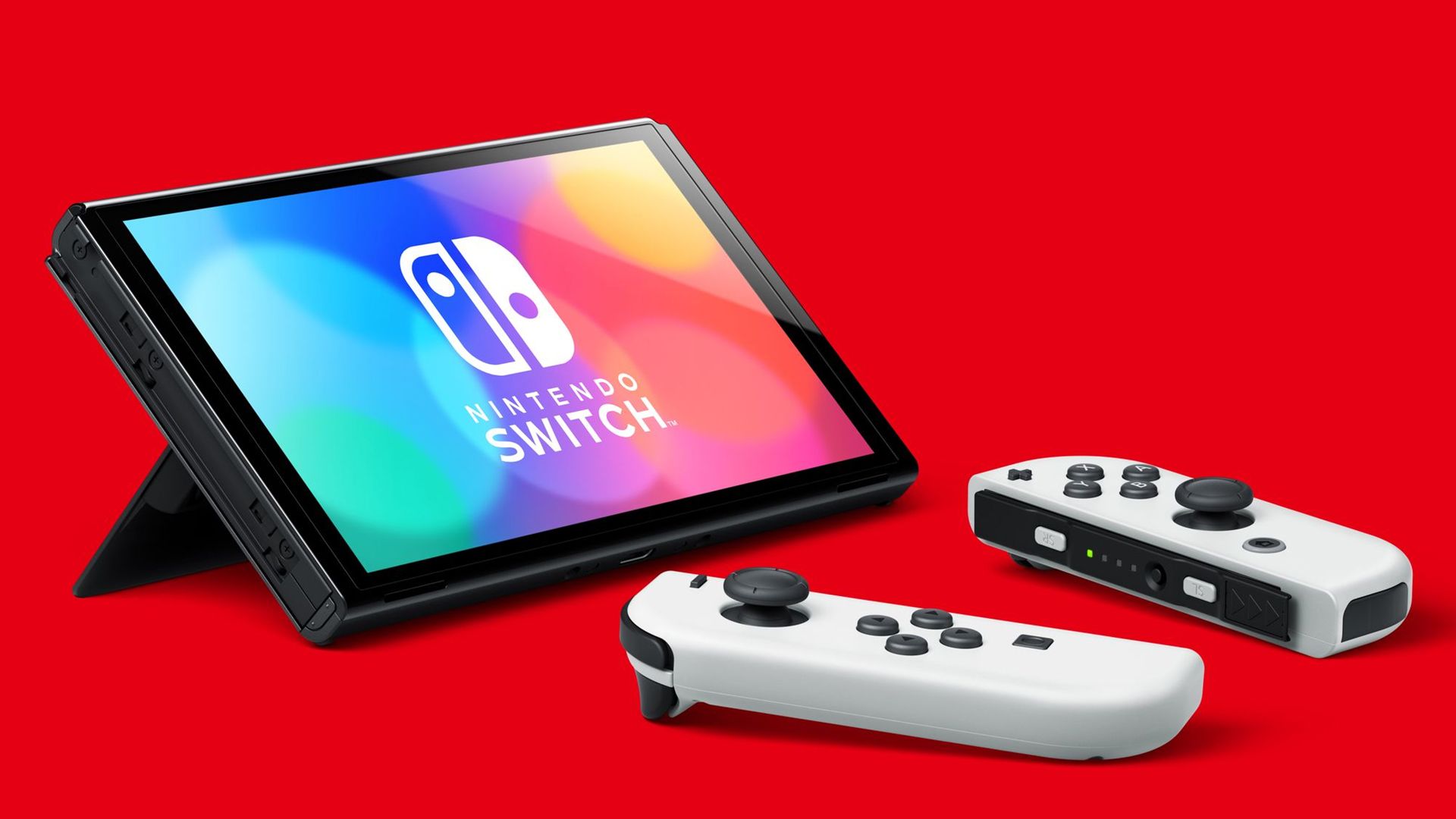 The new screen is also great for games that involve a lot of reading. The Great Ace Attorney Chronicles and Phoenix Wright: Ace Attorney Trilogy both benefit from the sharper display, with text that is much crisper and, as a result, more pleasant to read. Same with narrative-heavy indie games like Tangle Tower and Over the Alps. Also, if you're subscribed to Nintendo Switch Online, it's worth cranking the brightness as high as it'll go and playing a few SNES games. They explode off the screen. It's essentially a flawless screen, except how aliasing artifacts in certain games appear a little more pronounced on it than on the Lite.

It's still slightly disappointing plugging the Switch OLED into your TV and seeing a fuzzy 1080p image—especially if you regularly switch back and forth between it and a 4K console like the PS5 or XSX. But as a handheld, it's nigh-on unbeatable. It might even be the best handheld console ever made? It's certainly up there. As an upgrade, it won't be for everyone. It's a lot of money to pay for a better display. But for me it's been a game changer, and if you can afford it, it's well worth investing in. If you've only ever used a Switch Lite before, as I had, then the transition to this dazzling OLED display is a revelation. You'll never want to go back.