Half-Life Alyx Might Have The Best Ending In Video Games

I still think about the ending of Half-Life: Alyx all the time. It is one of the single bravest moments in video game storytelling I’ve ever seen, willing to usurp the impact of a cliffhanger we’d been hoping to see addressed for over a decade.

The final act features Alyx Vance freeing G-Man from some form of interdimensional prison before being warned that the future will see the death of her father at the hands of Combine forces – an event we all know as the harrowing conclusion to Half-Life 2: Episode Two.

She’s stricken with grief, desperate to change the future and save her father from an untimely demise. So she's offered an accord – give herself up in exchange for the life of her father. Our heroine accepts, and we don’t know whether she’s alive, dead, or taken into a different dimension to perform tasks unknown. One answer, and infinitely more questions.

It all happens so fast that even we can’t quite comprehend what’s happening, lost in a whirlwind of revelations as characters are forced to make fast decisions that will change the world of Half-Life forever. G-Man’s monologue about the nature of Alyx’s situation and the consequences of changing the future are coated in cryptic jargon and nonsensical allusions to the nature of fate, painting a larger picture that remains unpainted.

But we buy into it all, almost as eager to address the future as Alyx is. She’s saving a loved one, while we’re igniting the flame of a narrative that has long grown extinguished. For the entire game we were innocently tricked into believing it was a prequel with no bearing on the future, a brief snapshot into the past that would explore existing characters and locations, nothing more was even entertained. This is Valve, so we’d grown complacent to its attitude of never developing sequels and refusing to address lingering threads in the universe. 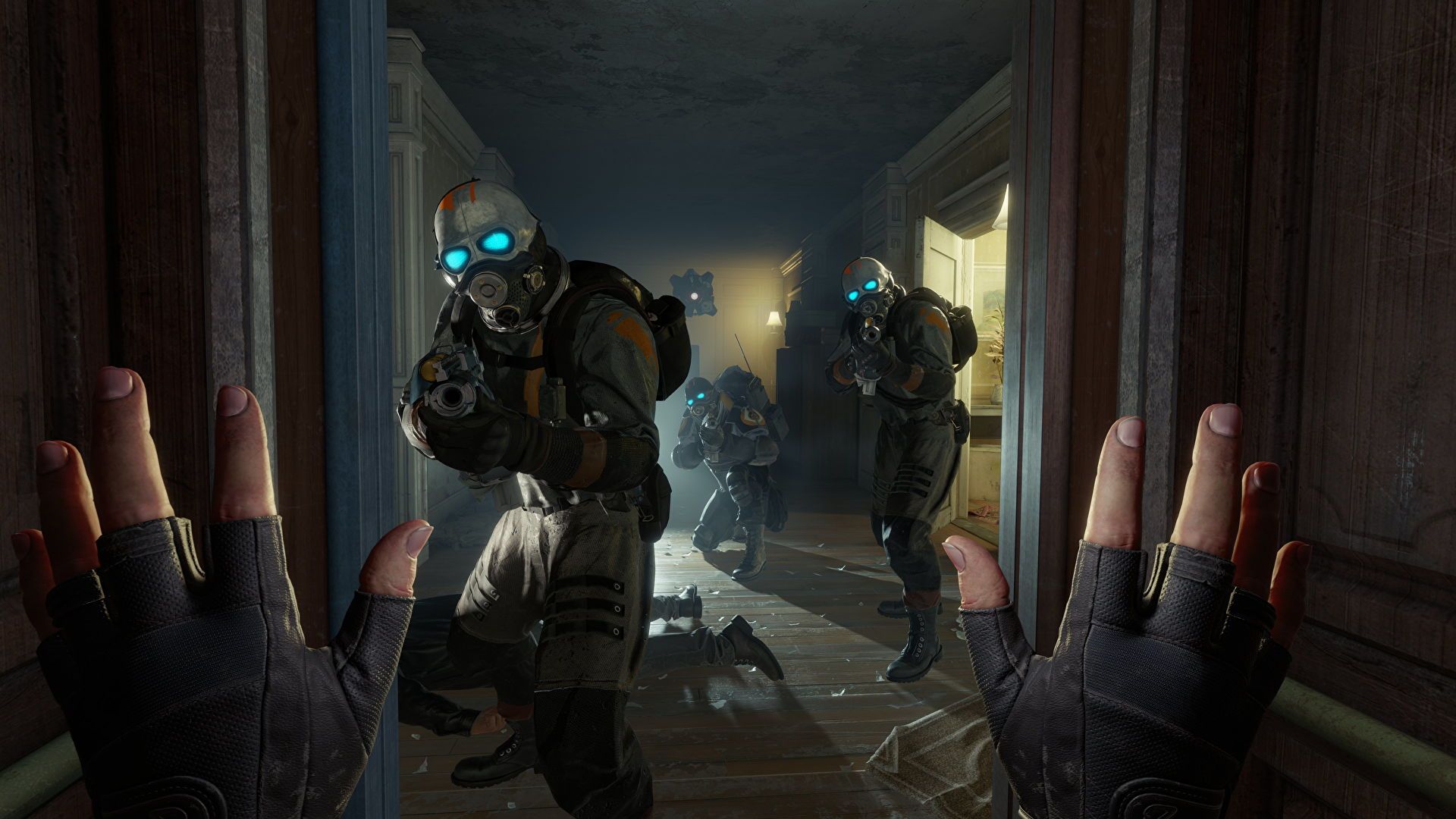 Now we are literally being handed the reins – or in this case, an iconic crowbar that symbolises the passing of a new torch. It’s a firm declaration that Half-Life is back and Valve has no intentions of leaving it behind. I spoke to project lead Robin Walker about the ending last year, and he said there was a wish for fans to no longer be stuck “in narrative limbo” anymore, opening up an avenue for future games to be created that advance this story without deliberate cliffhangers that left us pining for the better part of 20 years.

“It needed to be something that mattered,” Walker said in regard to the game’s ending. “The story couldn’t be something you could just ignore and move onto whatever we build next. We also knew that Half-Life fans have been stuck in a sort of narrative limbo for a long time now, and we wanted that to change.

“We wanted to be excited about possibility again. We gave [the player] a red herring where you think you know how it’s going to end with a fully plausible ending, and we then subverted that, which were all really important elements that took a lot of iteration and came together towards the end.” 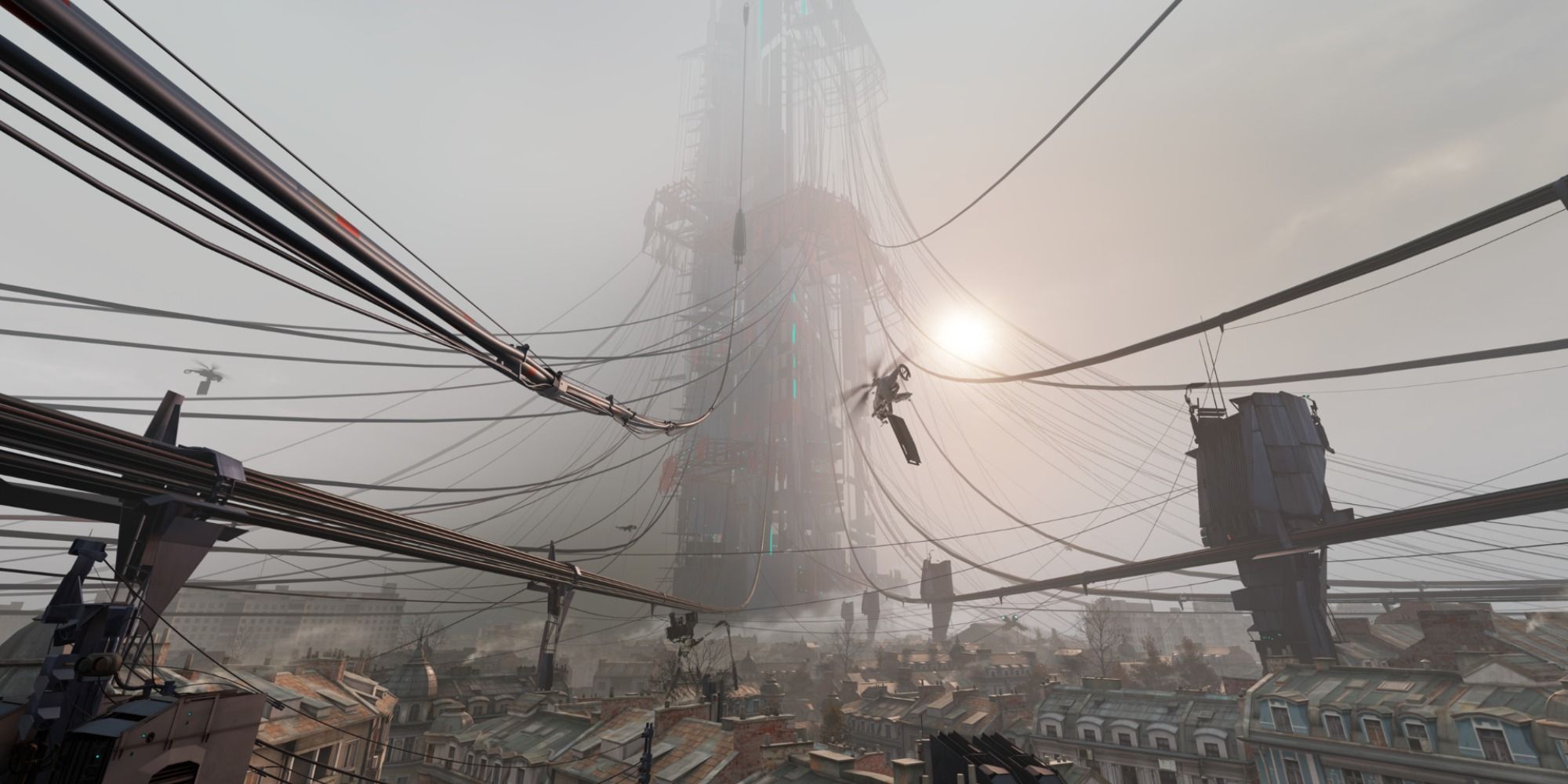 Valve succeeded in that notion, and to know that a group of talent exist within the company that understands the potential of Half-Life from both a narrative and mechanical perspective is so exciting. For so long I thought it dead, and Alyx’s ending is so magical because it defied all expectations with so much more than lazy fan service. It ingeniously dissected a moment so iconic while having the bravery to wipe it from existence. In other fandoms we’d be furious, lambasting the creators for daring to toy with something so sacred.

Yet here long enough has passed that a traditional conclusion feels foolish to strive for, so instead Valve decided to rearrange its own nucleus to craft an ending so magnificent it borders on ethereal. I think the fact it unfolded in virtual reality means so much, because we are a direct witness to G-Man’s monologue and the foundations he is about to uproot. When the credits conclude and the screen fades away from whiteness we’re suddenly in the shoes of someone new. Our hands are gloved, while Eli Vance is screaming to us about his missing daughter. He’s alive, she’s gone, and a Combine corpse sits on the rusty floor. 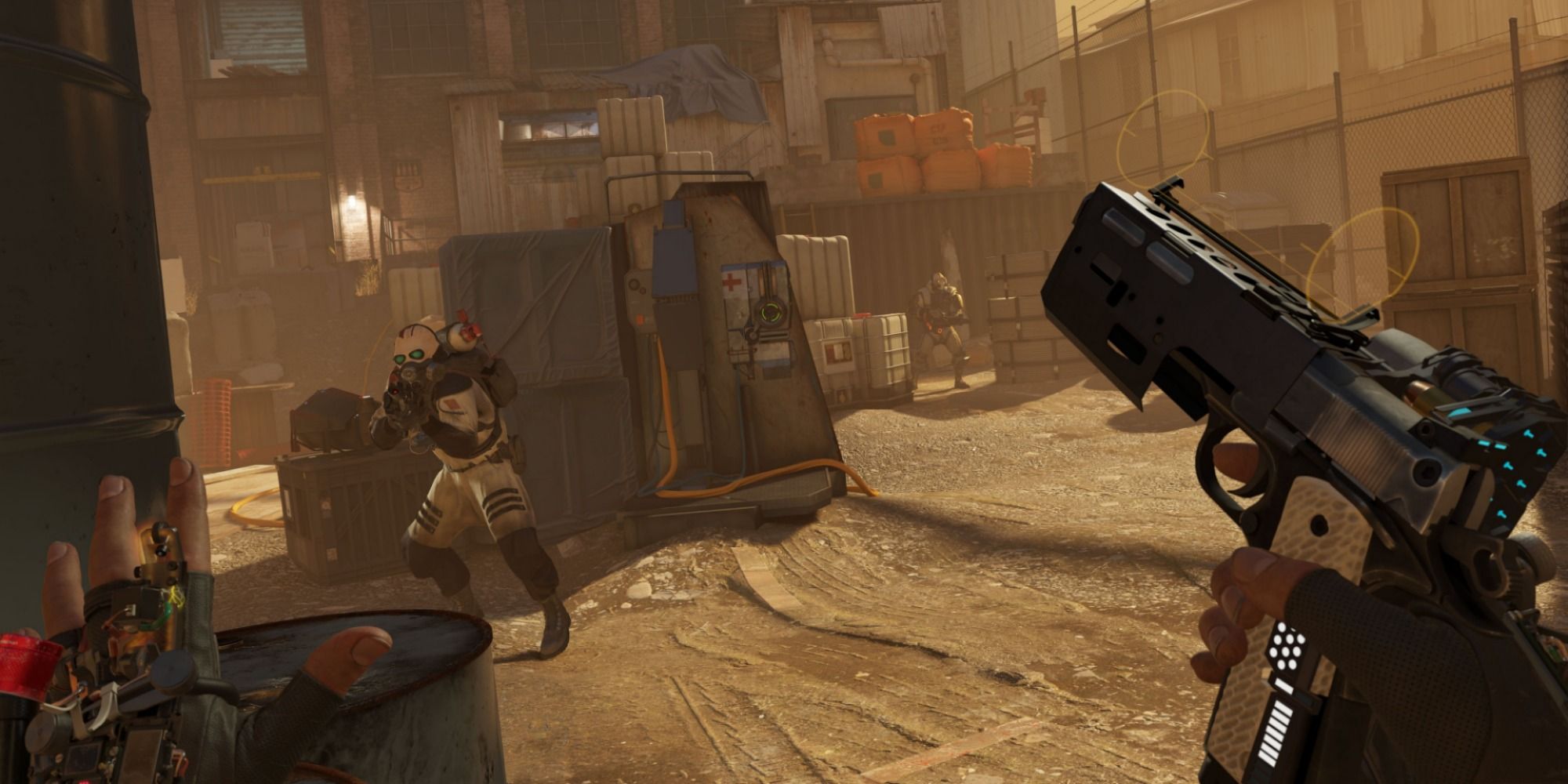 Dog jumps down from above with a crowbar in tow before it’s suddenly handed to us. None of this is automated, the only way to usher in the true ending is to reach out and grab it for ourselves. We are directly ushering in a new era of Half-Life, taking hold of this trusty tool and welding it into the unknown. We don’t know where the next game will take us, but that’s the beauty of it all, the wondrous potential of rebooting a property that for decades has been shrouded in prestigious mystique. Gordon Freeman is back, and in my mind he is now a brand-new character. He could even have a voice, speaking with newfound motivation to find his lost friend and save the world from ruin. We have no idea what narrative ideas Valve will carry over into this new vision and that’s what is so damn thrilling about it all.

Half-Life: Alyx and its groundbreaking ending changed everything and somehow remains the same example of interactive brilliance it always has been. I think the most important takeaway is that Valve is excited about Half-Life again, a passion which clearly faded away after the release of Episode Two and struggled to return. It needed to hit the reset button to maintain any sense of composure, and it did so by rooting into the past and redefining everything it once stood for. That takes some bravery, and the end result is near perfection.