Today, we’re looking at the two Final Fantasy VII novels, which were both tied into the events of Advent Children. The first novel is On the Way to a Smile, which is an anthology containing stories from different Final Fantasy VII characters. The second novel is Final Fantasy VII: The Kids Are Alright: A Turks Side Story, which follows a new cast of characters that are connected to the story of Midgar and the Shinra Corporation. 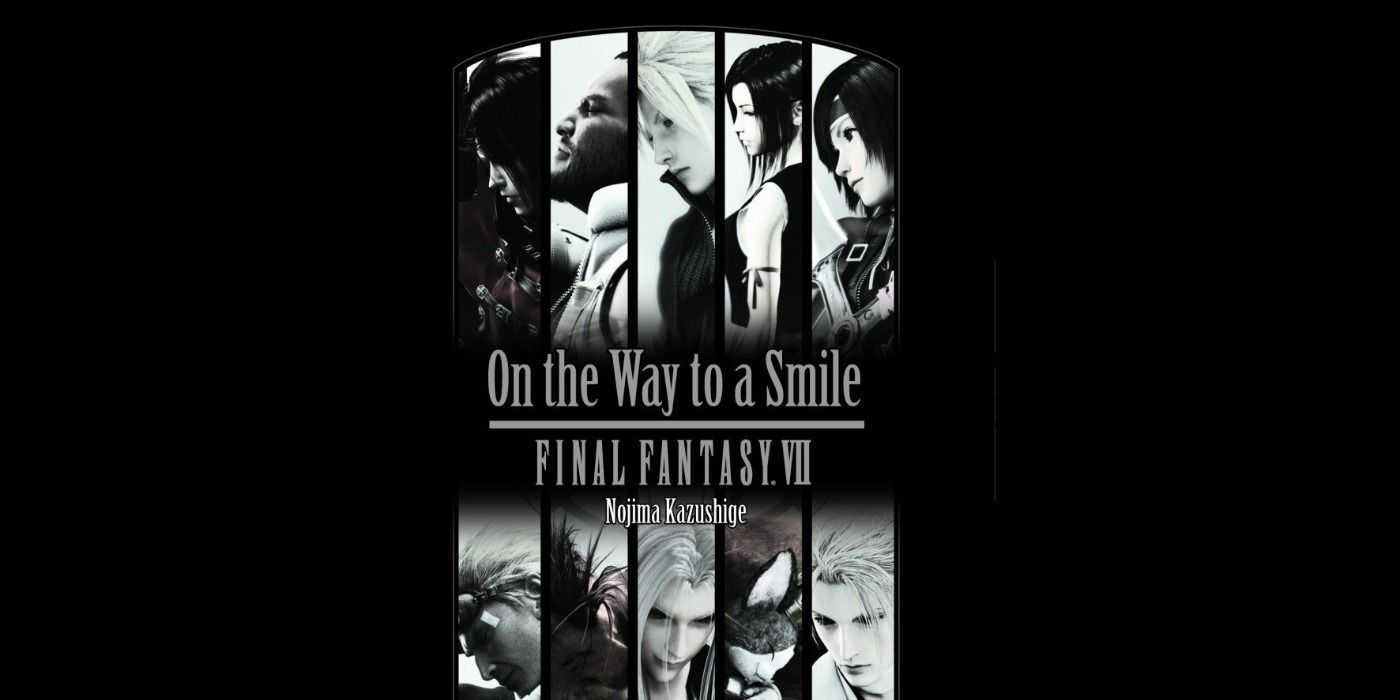 On the Way to a Smile is the name given to a selection of small stories that are set between the events of Final Fantasy VII. The stories were released in different places in Japan, but they have been collected in a single book in the west.

On the Way to a Smile answers some of the lingering questions regarding Final Fantasy VII, such as how Tseng survived the Temple of the Ancients and how President Rufus Shinra escaped from Diamond Weapon’s attack, but the focus of the story is showing the immediate aftermath of the ending of Final Fantasy VII. The Lifestream aided Holy and it destroyed Meteor, but a large number of the population was left infected with the fatal geostigma disease.

The heroes of Final Fantasy VII never get their due and their contributions are mostly ignored by a population that is just trying to survive. As such, On the Way to a Smile deals with some interesting concepts, like Barret lacking meaning in life without a Shinra organization to fight, while he watches the world struggle without the Mako energy he fought so hard to destroy. Red XIII has to come to grips with his unique status as somewhere between animal, man, and monster, as he raises two monstrous bear cubs as his own children. Yuffie uses her insatiable desire for Materia to seek a cure for geostigma, while the death of Aerith hangs heavy over the party and it creates a wedge between Cloud and Tifa, who cannot forgive themselves for letting their friend die.

There is a lot to unpack in On the Way to a Smile and it’s a genuinely interesting read, which goes in directions that fans of the original game might not expect. Advent Children came off as action shlock at times, but On the Way to a Smile has a lot of great character moments and offers a bleak look at the not-so-happily ever after of a world torn apart by natural disasters and war.

The only real weak point in On the Way to a Smile is the final chapter, which focuses on Rufus Shinra and the Turks. This segment feels more like a lead-in to Advent Children and as something that was invented to fill in plot holes from Final Fantasy VII, as well as a way of making Before Crisis canon. Despite these issues, On the Way to a Smile is a must-have read for fans of Final Fantasy VII.

Final Fantasy VII The Kids Are Alright: A Turks Side Story 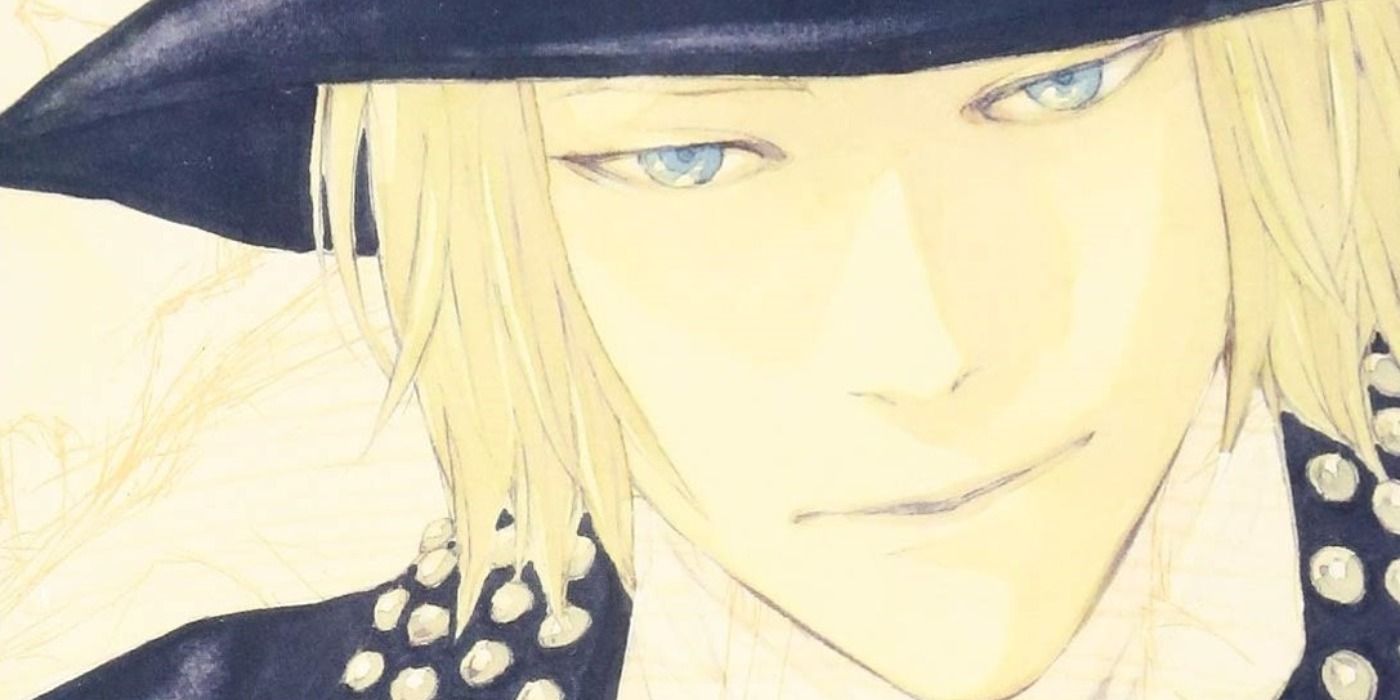 The Kids Are Alright is also set around the same time as Advent Children, but it mostly follows new characters and not the cast of Final Fantasy VII. The protagonist is Evan Townshend, who was separated from his mother as a teenager and has been living in the city of Edge following the destruction of Midgar. Evan and his friends start a detective agency and they are soon caught up in the machinations of the old Shinra company, who may be connected to the disappearance of his mother.

The Kids Are Alright is a very different story from the others in the Compilation. The characters aren’t all-powerful video game heroes. Evan is a sickly person who quickly falters in physical altercations, while Kyrie (his love interest) keeps talking herself into situations that she can’t escape from. The story of The Kids Are Alright is about moving on after a tragedy, living with illness, and rebuilding your life after losing everything you ever had. It might not be the story Final Fantasy VII fans are looking for, but it’s definitely an interesting take on the universe and is one we haven’t seen outside of On the Way to a Smile. Evan’s initial frostiness and entitlement might not be to everyone’s taste, but his growth over the course of the story is convincing and he somehow manages to outpace Cloud in the race to becoming a functional adult.

The best thing that The Kids Are Alright does is redeem Kadaj – the villain of Advent Children. In Advent Children, Kadaj was a boring indestructible anime villain who was always crying for his mother. In The Kids Are Alright, Kadaj is a horrifying Lovecraftian nightmare, who takes on the appearance of your loved ones using a mixture of psychic manipulation and shapeshifting. The scene where he pursues Evan and Kyrie through the Icicle Inn is straight out of a horror movie and it makes him a far more effective and memorable villain than anything he did in Advent Children.

If there is one complaint to be had about The Kids Are Alright is that there is too much of the Turks. It’s clear from their prominence in the other parts of the Compilation that the Turks are popular with both the fans and the developers of Final Fantasy VII, but after playing/watching all of the Final Fantasy VII media over the past few months I’m sick of them and their perspective on events. The Turks act as a deus ex machina that help Evan go to a location or are there to save his life on a few too many occasions, and the story would have benefited from letting the leads figure stuff out on their own a little more.

The Kids Are Alright is part road trip with your friends to solve a mystery and part introspection on dealing with growing up and the world not being everything you expect it to be. It’s a genuinely good story and is one of the better aspects of the Compilation, as it doesn’t feel like a soulless cash-in and it doesn’t shove elements into the canon that don’t belong. All Final Fantasy VII fans should check out The Kids Are Alright.