Home » Reviews » Everything we know about the Xbox Series X

Everything we know about the Xbox Series X

The next generation of consoles is right on the horizon, and both Microsoft and Sony have revealed quite a few facts about their new machines.

Microsoft debuted the Xbox Series X under the codename “Project Scarlett” at E3 2019, and gave us a first look at the console’s design in December. With anticipated exclusives like Halo Infinite, and a big focus on backward compatibility, the platform has a lot to offer — even though a number of questions remain. Here’s everything we know about the Xbox Series X.

What is the Xbox Series X’s release date?

In 2020, Nov. 22 is a Sunday, which would be extremely odd as far as release days go. A more likely date would be Nov. 20, the Friday before. However, all of these dates are just guesses, and we won’t know the exact release date until Microsoft announces it.

What are the hardware specifications of the Xbox Series X?

Here’s the tl;dr before we settle into tech jargon. The Xbox Series X is over 9 times more powerful than the launch-model Xbox One, and more than twice as powerful as the Xbox One X, according to Microsoft. The guts of the Xbox Series X will allow the console to deliver content at resolutions as high as 8K and frame rates up to 120 frames per second, with cutting-edge graphics features like hardware-accelerated real-time ray tracing in games.

The Xbox Series X contains a custom GPU from AMD based on the company’s RDNA 2 architecture. (RDNA 2-based graphics cards don’t yet exist, but AMD reportedly plans to release them later this year.) Microsoft says it wanted the console to deliver a consistent level of GPU performance, so the chip’s 52 compute units always run at a frequency of 1.825 GHz. That amounts to a computational capacity of 12.155 teraflops — making the Xbox Series X over 18% more powerful than the PlayStation 5, at least on paper. Both consoles have 16 GB of GDDR6 RAM.

Microsoft chose an eight-core CPU based on AMD’s Zen 2 microarchitecture that runs at a locked 3.8 GHz when simultaneous multithreading (SMT) is disabled, and at 3.6 GHz with SMT enabled across the eight physical cores and 16 threads. (SMT is a technique that can significantly improve computational efficiency by spreading work across processing “threads”; it requires more effort to program for it, and the majority of modern games don’t take advantage of it.) The Xbox Series X also has an edge over the PS5 in this category, albeit a much smaller one. As with its GPU, Sony opted for a variable-frequency CPU in the PS5, settling on a maximum clock speed of 3.5 GHz with SMT always enabled.

However, the Xbox Series X appears to have a marked disadvantage when it comes to data throughput. Microsoft developed a system dubbed the Xbox Velocity Architecture, which produces read speeds from the console’s 1 TB NVMe SSD of 2.4 GB per second of raw data and 4.8 GB/s of compressed data bandwidth. The company says this “effectively eliminates loading times,” but it’s half as fast as Sony’s solution, which can deliver 5.5 GB/s (raw) and 8-9 GB/s (compressed). As for the storage size, Xbox Series X owners will be able to double the capacity by buying a proprietary memory card-like device that packs a 1 TB NVMe SSD into a small unit that plugs into a slot on the back of the console.

What does the Xbox Series X’s design look like?

The Xbox Series X measures 11.85 inches in height, with a width and depth of 5.94 inches.
Image: Microsoft

As with the PS5, the Xbox Series X’s design is a radical departure from the typical look of a piece of electronics built for the living room. It’s kind of a nondescript monolith in matte charcoal gray, a long (or tall, if it’s standing up) rectangular box that’s similar to the size of two GameCubes stacked together. Looking at the console in its vertical configuration, the unit has a square footprint — 5.94 inches for both width and depth — with a height just shy of a foot at 11.85 inches.

As of now, Microsoft has yet to announce any other models of its next-gen system, although rumors of a less powerful, discless console have persisted for ages. The front of the Xbox Series X features a power button, an eject button for the console’s 4K Blu-ray drive, the disc slot, and one USB-A 3.2 port. The rear port array consists of the aforementioned storage expansion slot, two more USB 3.2 ports, an Ethernet jack, an HDMI 2.1 output, and a power port.

What Xbox Series X accessories are there?

The Xbox Series X’s wireless controller represents a refinement of the Xbox One controller rather than a full redesign. Microsoft worked to make it more comfortable for a wider range of people, especially those with smaller hands. In addition to the Xbox Series X, the gamepad is compatible with Android, iOS, and Windows PC. And it offers a built-in 3.5 mm headphone jack, a USB-C port, and — taking after the PlayStation 4’s DualShock 4 — a Share button for instant access to capturing screenshots and gameplay clips.

The only other official Xbox Series X accessory that Microsoft has announced at this point is the aforementioned Storage Expansion Card, for which the company partnered with Seagate. There’s no information yet on how much it will cost.

What will the Xbox Series X’s price be?

The top of the Xbox Series X. (No, that’s not a green light beneath the vents — just a piece of plastic.)
Image: Microsoft

Microsoft has yet to announce an official price for its latest console. The Xbox One debuted at $499.99, while the Xbox 360 launched at just $399.99. With all the tech inside the new console, it’s possible that it could come in on the expensive end of the scale, but we’ll have to wait for MIcrosoft’s official word to know for sure.

There’s also another possibility for the upcoming Xbox console price: It could have a payment plan option. For the Xbox One, Microsoft offers a plan that’s called Xbox All Access. This is a bundle that includes an Xbox One console and Xbox Game Pass Ultimate for prices starting at $19.99 per month for 24 months (depending on the choice of console). There’s really no way to know how popular this option is or whether or not Microsoft will continue it, but it’s worth noting that the current plan does include the ability to upgrade to the Xbox Series X after making 18 monthly payments.

Will the Xbox Series X get delayed past its release date?

It’s always possible, but probably not. For the time being, Microsoft has assured fans that the console is still on track to meet the holiday 2020 release window, despite concerns about delays from the novel coronavirus pandemic.

What kind of games will the Xbox Series X have?

The Xbox Series X will have all of the third-party releases that you would expect from every console. That means franchises and games like Call of Duty, Destiny, Fortnite, NBA 2K, and FIFA will all be on the console. But the real draw of a console is its exclusive games.

Console exclusives aren’t what they used to be, but there are still a few Xbox exclusives kicking around for the Xbox Series X. It’s worth noting here that “exclusive” is sort of a relative term. Every first-party Xbox Series X game will also be released simultaneously on Windows PC, so “exclusive” basically means that it won’t show up on a Sony or Nintendo console in the near future.

Microsoft’s crown jewel remains the Halo series, which has been true for nearly 20 years. The Xbox Series X will have its own entry in the series with Halo Infinite, which is scheduled to launch alongside the console. Beyond that, there will also likely be a Forza Motorsport game in the near future and maybe a new Fable game, as well as a Gears title — though Gears 5 was only released in 2019, so it could be a few more years before the franchise arrives on the new console. And Senua’s Saga: Hellblade 2 also doesn’t appear to be coming anytime soon.

Will the Xbox Series X play Xbox One games via backward compatibility?

If you care about backward compatibility — about being able to play current-generation (and older) games on your next-generation console — then the Xbox Series X is your best bet. Prioritizing Xbox 360 backward compatibility was one of the key steps in Phil Spencer’s efforts to turn around the Xbox One’s fortunes, and Microsoft has put in a lot of work over the years to expand the initiative. Now, the company is promising that its next console will support “thousands of your favorite games across four generations of gaming,” from the original Xbox to the Xbox 360 to the Xbox One to the Xbox Series X.

This also extends to Xbox One accessories: They’ll be compatible with the Xbox Series X, whether that’s the standard wireless gamepad or the Xbox Adaptive Controller. In addition, players’ Xbox Achievements and — via Xbox Live’s cloud-based game saves — their game progress will carry over across generations.

Microsoft says that backward-compatible games will run using the “full power” of the Xbox Series X CPU, GPU, and SSD. Players can expect “higher and more steady framerates and rendering at their maximum resolution and visual quality,” along with “significant reductions” in load times thanks to the console’s fast SSD. And Microsoft is even promising the ability to automatically add HDR color to older games and double the frame rate on some of them, going from 30 frames per second to 60 fps or from 60 fps to 120 fps.

Are there cross-generation games across Xbox One and Xbox Series X? 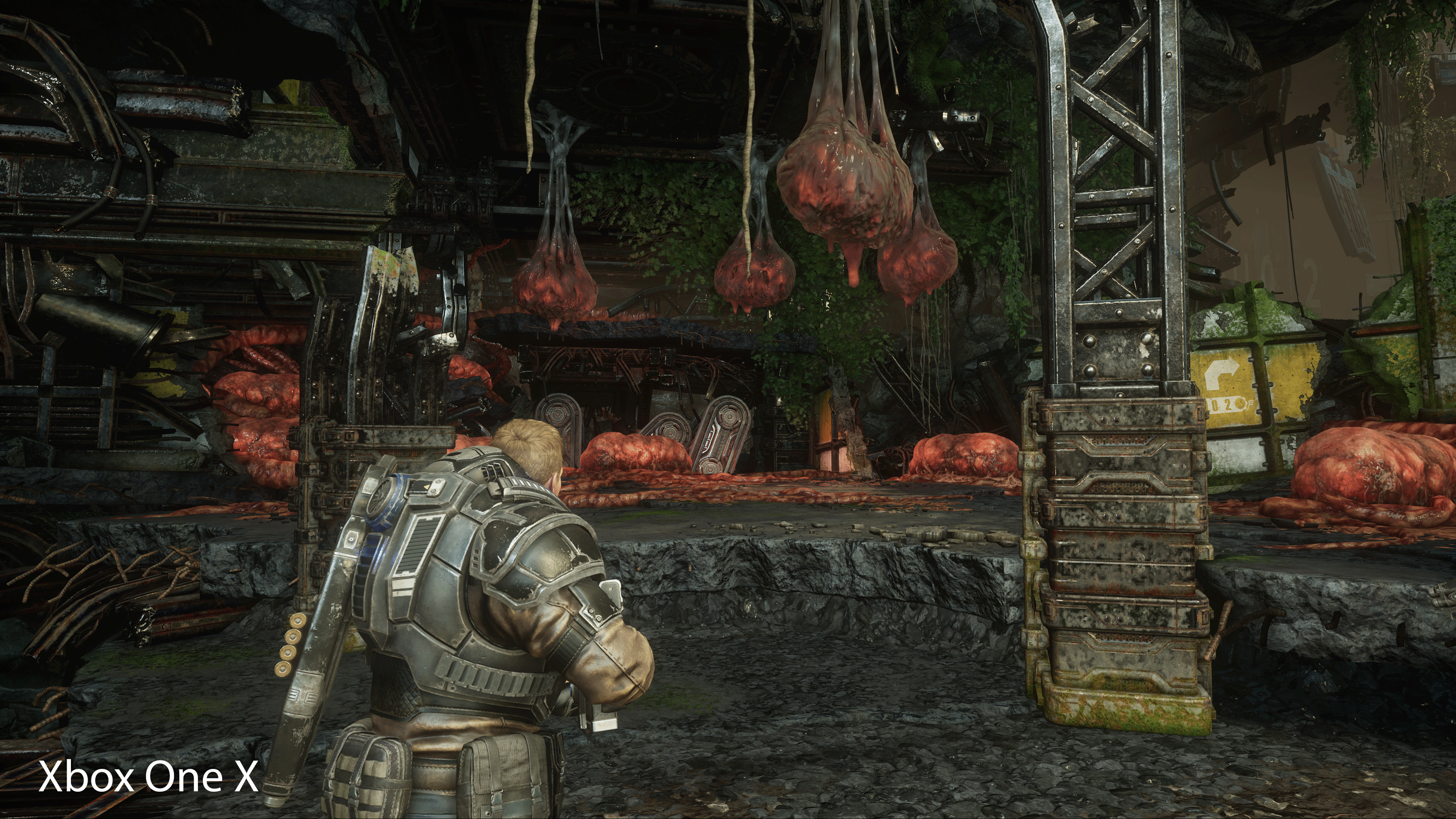 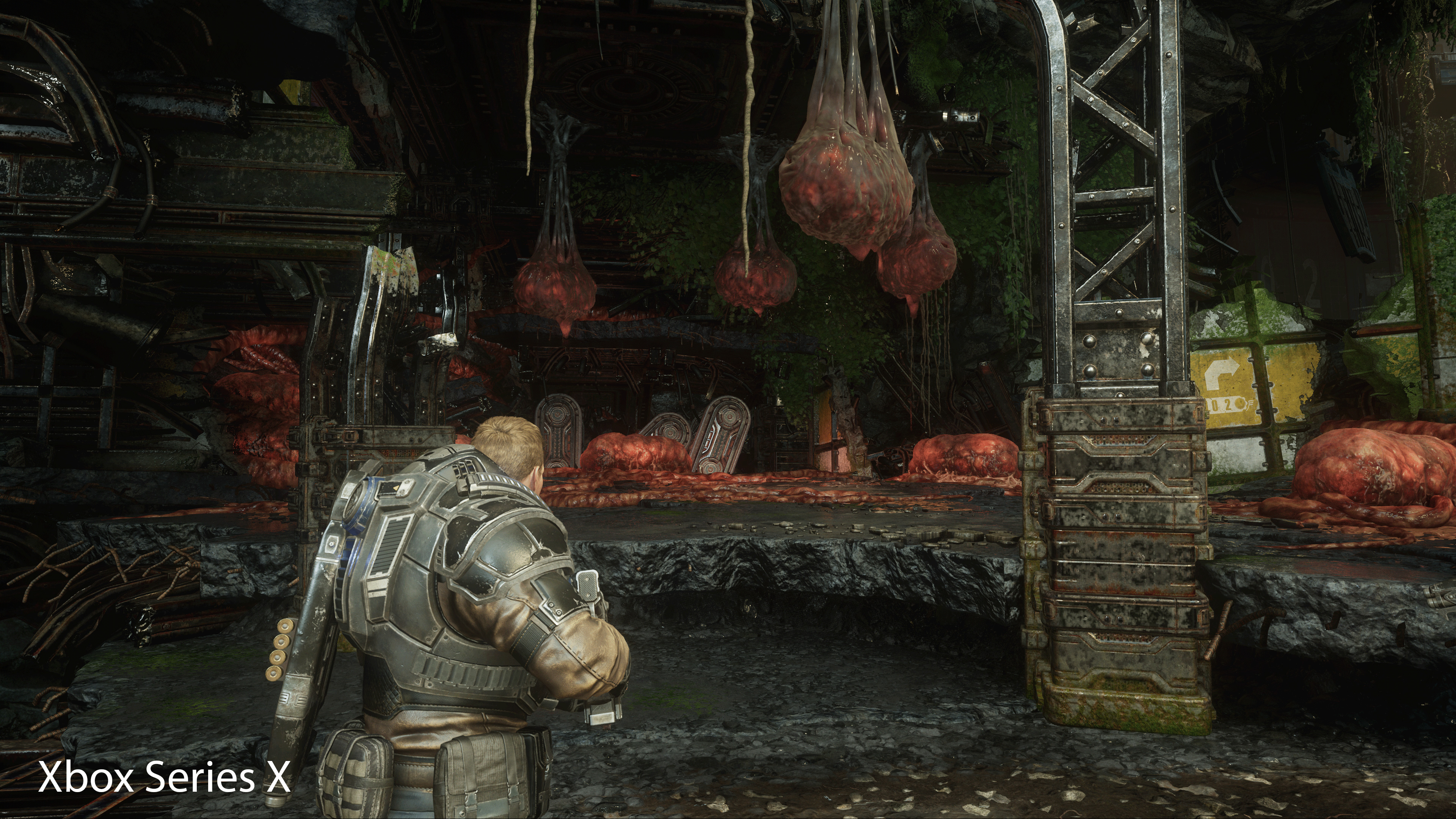 Microsoft has a program called Smart Delivery for Xbox One games that later get released on Xbox Series X. Smart Delivery makes sure that you’re playing the right version of the game no matter which console you’re playing on. So the short answer is: Yes, you get both versions of whichever game you buy.

For many games, especially those that are coming out right before the launch of the Xbox Series X, they will automatically upgrade to improved versions of the game if they’re launched on the new console. Microsoft has provided a list of games that are confirmed to be compatible with Smart Delivery so far:

Microsoft’s online service for the Xbox has a few different options. To play games online at all, you’ll need Xbox Live Gold. It costs $9.99 a month or $59.99 a year, and it grants you access to online play as well as a few free and discounted games through the Games With Gold program. But there are a few more options available as well.

Xbox Game Pass gives you access to a library of dozens of games at any given time, including certain new or recently released games. As long as you maintain a subscription, you can download these games and play them at any time. Xbox Game Pass also costs $9.99 a month, but it does not come with Xbox Live Gold, so you’ll need to subscribe to that separately.