A lot of nice looking games were announced at this week's Nintendo Direct, but there's one that really got me excited: a remake of the original Front Mission. Yeah, I know it's yet another old game dredged up, given a fresh lick of paint, and probably resold for too much money: but also, it's Front Mission.

Front Mission rules. Developed by Q-Craft, this mech strategy game launched in Japan in 1995. It was well received by critics and sold well, but publisher Square chose not to localise it. The only way to play the SNES original in English is to use a fan-made translation patch, which was completed in 2001.

You could also play the Nintendo DS version from 2007, which was localised by Square itself and made fine use of the console's dual screens. But this new remake, scheduled for launch on Switch later this year, appears to be a complete overhaul of the first game with fancy new 3D visuals.

Front Mission mixes chunky mech combat, turn-based tactics, and RPG systems to great effect. You play as the pilot of a wanzer, a walking tank that can be customised with new parts. Doing so lets you dictate your fighting style, whether you want to launch missiles from afar or go all-in on punching.

I love punching mechs in this game. The battlefield is grid-based, but attack an enemy and you transition into a separate battle screen. Here you watch mechs duke it out, and their attacks all look and sound gloriously crunchy—especially up-close melee moves like the superbly named Zenith Punch.

It's a pretty straightforward strategy game. Sometimes you have to protect a high value target, but most of the time you simply have to destroy every enemy mech that gets in your way. You also have to look after a supply truck unit, which is the only way to restock your ammo if it ever runs out mid-battle. 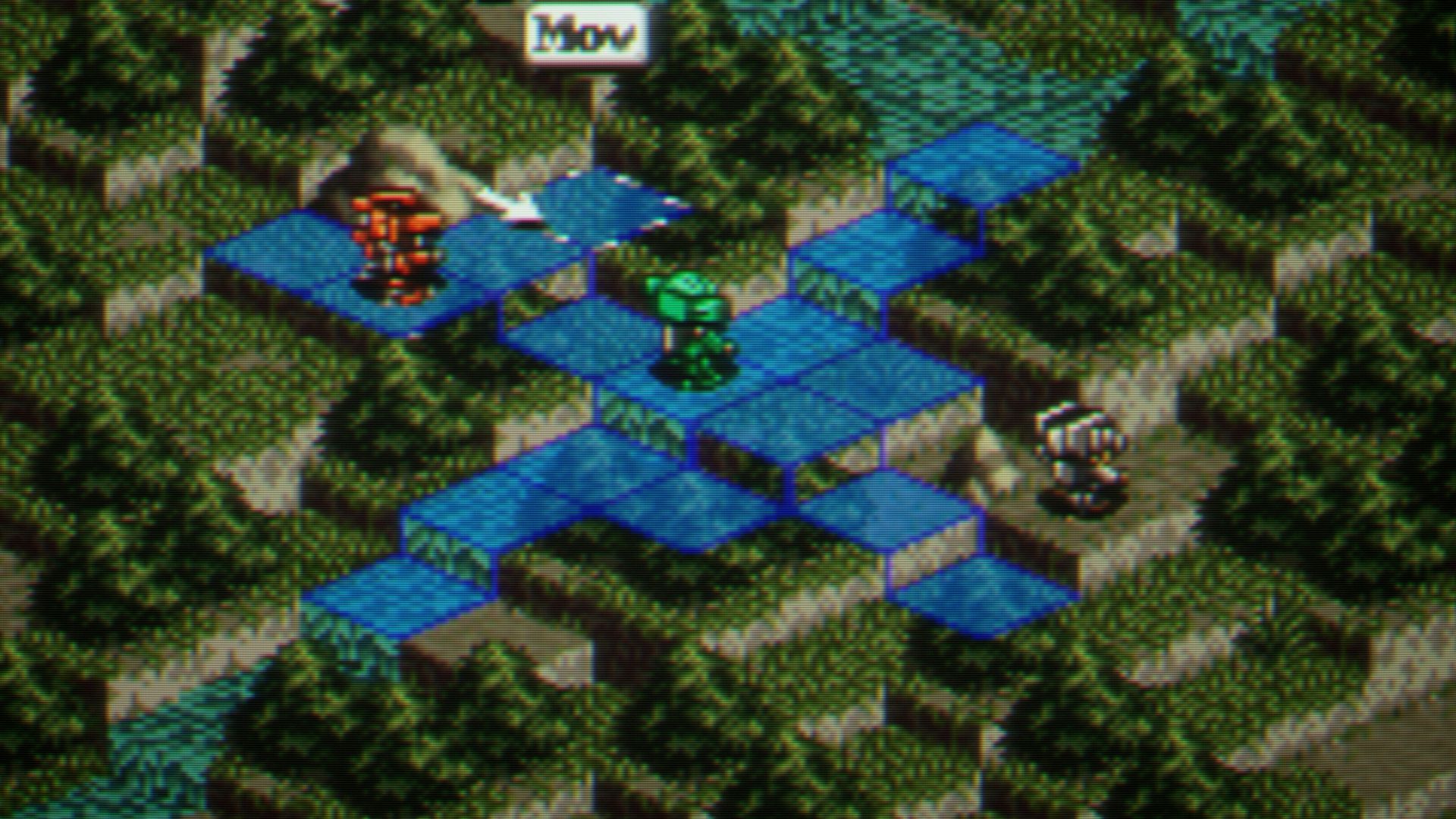 Despite its simplicity, Front Mission is super playable. It's one of the most polished games on the SNES, with a clean, snappy UI and that rarest of beasts: an entirely cursor-based control system that feels good on a gamepad. It's a real shame a game of this quality never got a worldwide release.

The story is great too, with characters brought to life by beautiful character portraits by Final Fantasy artist Yoshitaka Amano. Like a lot of mech media, an anti-war message runs through the game, and it can be quite moving at times. Melodrama and mech battles always go perfectly together.

The music is fantastic too. Composed by Noriko Matsueda and Yoko Shimomura, it's easily one of the best soundtracks of the SNES era. Seriously, once you've heard the shop theme—a brief snippet of which can be heard in the remake trailer—you'll have a hard time getting it out of your head. 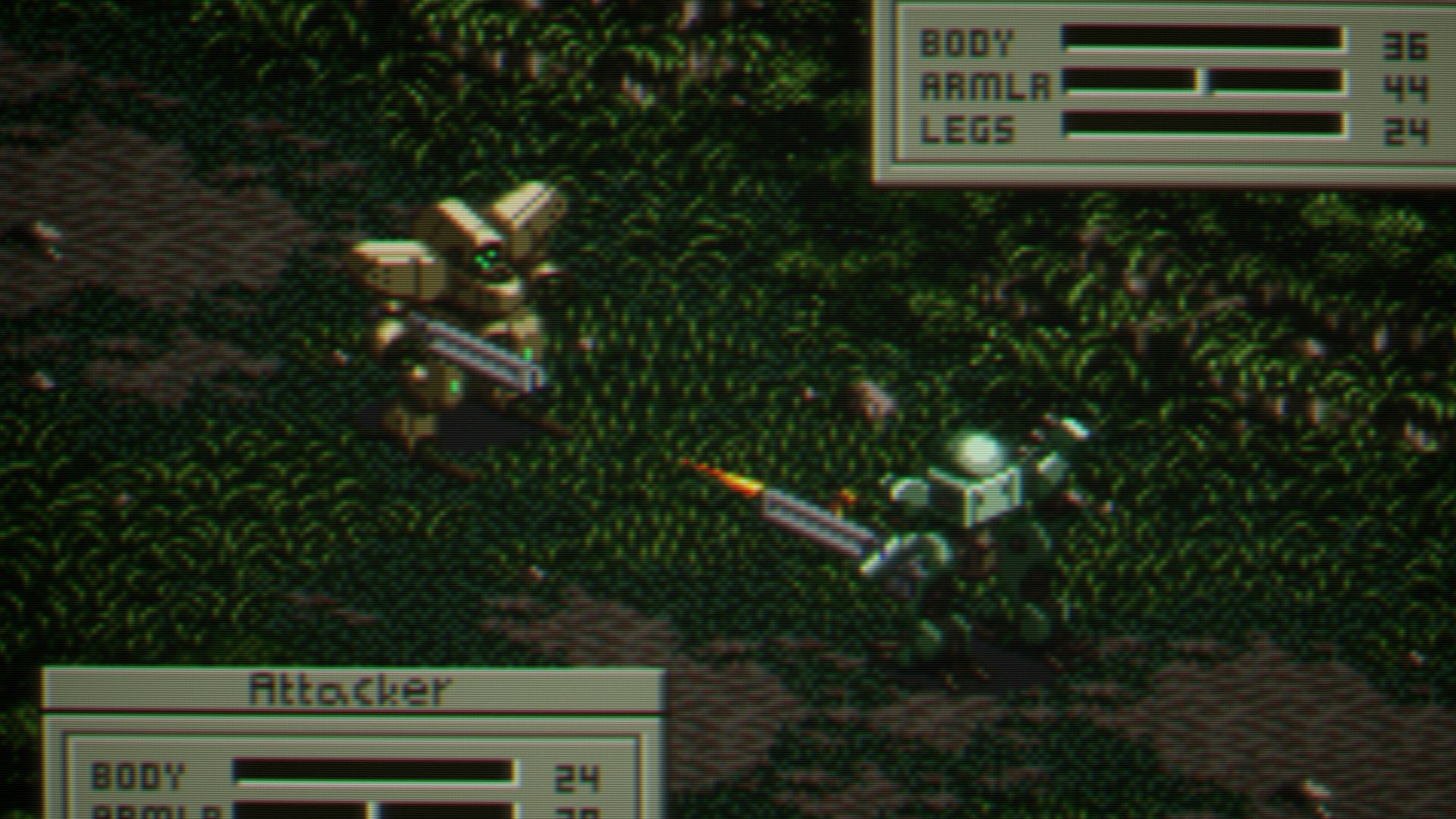 I'm not entirely convinced by the remake's art style. The original had a really distinctive aesthetic, and I'm not seeing much of that in the new version. I don't hate the new look; it just doesn't evoke the same feeling. I'm sure it'll grow on me over time. At least Amano's character portraits have survived.

I cannot wait to revisit Huffman Island and get stuck back into the near-future war between the United States of the New Continent and the Oceania Cooperative Union. There are too many remakes and remasters around at the moment, but Front Mission deserves it more than most.