Home » Reviews » Among Us: Best Imposter Strategies On The Skeld

Among Us: Best Imposter Strategies On The Skeld

Now that Among Us has reached over a million simultaneous players (and still appears to be picking up steam), players are honing their skills and sharpening their strategies as both Crew and Impostors. While Crew tends to be a very reactive role that’s difficult to plan around, good Impostor players always have a few tricks up their sleeve in case they’re selected to hunt down the Crewmates. Here are a few of the best strategies for Impostors on The Skeld.

The Skeld is the default map in Among Us, and likely where most players will have their first few matches. Impostors on The Skeld have to contend with a narrower arena than those of the other two maps, so the key to winning here is controlling when the bulk of Crew players will be moving – and to which side of the map they move – using your sabotages. Shutting the doors to Cafeteria in particular is a good way to slow Crew down, as it’s often used as a go-between for other rooms due to its location in the center of the map.

Electrical, Medbay, and Security are prime locations to commit a murder. They’re all connected by one vent system, but are also a decent distance apart if you’re walking normally. You can also lock the doors to these rooms in order to trap victims and vent out before anyone can get in to see you. By killing someone in Electrical, then venting and establishing an alibi with someone near the entrance to Medbay, you create doubt that you were ever near the body. You can also ensure bodies don’t get discovered for some time by sabotaging the opposite corner of the map after killing someone. 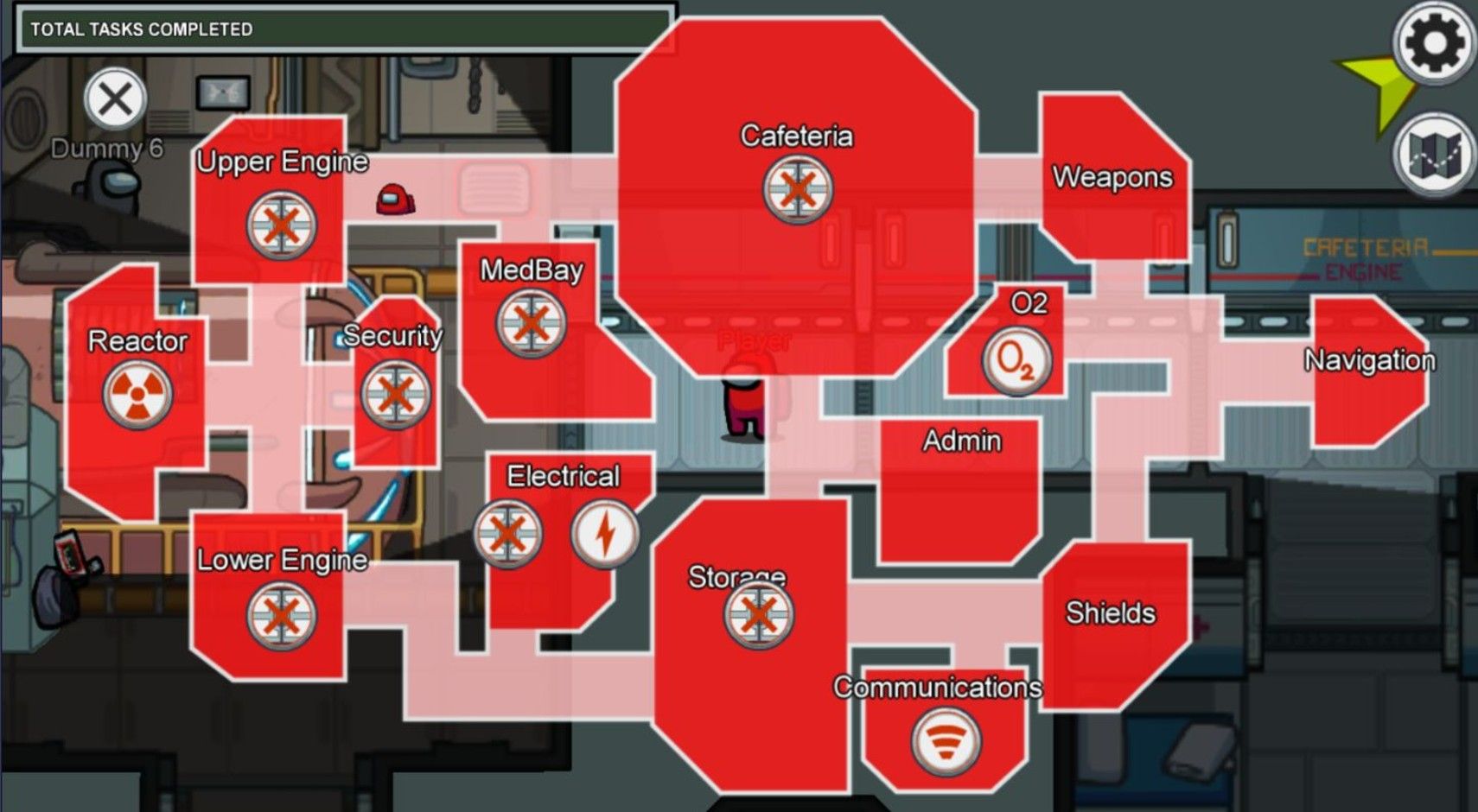 Killing someone in a remote area like Communications or Navigation and then cutting the lights is another good way to keep a body from being found for a minute, in addition to being a useful sabotage all around. O2, on the other hand, is the best lategame sabotage because it basically requires two people in different rooms to address it – and if you’re the lone Impostor when there are three Crewmates left, you can win by killing whoever comes to address the emergency with you and simply letting the ship run out of air.

Now that you’re armed with a bit more map awareness, happy hunting! Remember to use your sabotages frequently – they’re all that stands between you and death by task completion.

Related posts:
Best News
Highly-Detailed Ghostbusters Prop Replica Is Made To Look Poorly Constructed
Peter Parker Has Been Recast For Marvel's Spider-Man Remastered On PlayStation 5
Dirt 5 Supports Cross-Gen Saves On Xbox Series X/S, But Not PS5
Everything We Know About Call Of Duty: Black Ops Cold War
Video Shows Off Some Of Nintendo’s Rarest Consoles
Recent Posts
This website uses cookies to improve your user experience and to provide you with advertisements that are relevant to your interests. By continuing to browse the site you are agreeing to our use of cookies.Ok