A buyer’s guide to virtual reality headsets and controllers for Half-Life: Alyx

Half-Life: Alyx is the upcoming prequel to Half-Life 2, and the only way to play it is in virtual reality. Developer Valve says you should expect about a 12-hour experience, and finding the right set of peripherals is going to be key. Over the past two years, the landscape for VR headsets and controllers has expanded, so we’ve put together a quick buying guide to make your life easier.

If you don’t already have a VR headset and motion controllers, what follows are our top picks for the best options. If you do have a system of choice, you’ll also find a few options for upgrading your gear with Half-Life: Alyx in mind.

What you should expect

In Half-Life: Alyx, you’ll be spending lots of time holding a virtual firearm in your hand and shooting headcrab zombies and Combine soldiers. You’ll also be playing with physics and objects in the world in first-person view. The game accommodates full room-scale VR setups for standing, turning, and crouching, but you can also play it sitting down.

If you’re looking to take the leap into VR equipment for Half-Life: Alyx, you’ll want to take into consideration the shape and structure of the motion controllers on your shopping list. And if you already have a set of motion controllers, you might want to consider getting a different pair.

Valve introduced its own VR system last summer. It’s called the Valve Index, and it’s been getting excellent reviews. The price point is steep: A full kit will run you $999. It’s also in very short supply.

We called the Index “the best VR experience yet,” and it has only improved with software updates. The headset itself is comfortable, with plenty of resolution. For a standing experience, the motion tracking is excellent. But what puts the Index over the top are its unique Index Motion Controllers, lovingly referred to as “Knuckles.”

Valve Index review: $999 buys you the best VR experience yet — when it works

Valve designed Half-Life: Alyx with the Knuckles in mind. The most unique feature are the hand straps, which keep the controllers glued to the palms of your hands even if you let go. Knuckles also features individual finger tracking, which makes gripping objects very natural and intuitive in VR.

As an added benefit, Knuckles moves all the plastic bits of a traditional VR motion controller down and to the side, out of the way of the palm of your hand. That means you can easily touch your hands together without clacking bits of them together. As a result, using a pair of Knuckles is just about the best the best way to load and fire a handgun in VR. It should also help with gripping and throwing objects, which early preview footage has shown to be a big part of Half-Life: Alyx.

You can also purchase Knuckles separately for $279.

The full Valve Index VR Kit includes the headset, two controllers, two base stations, and a download code for Half Life: Alyx.

The Oculus Rift S has great resolution, and the price is right at $399, but availability is an issue. Where the Rift S excels is in its motion tracking, thanks to its “inside out” design.

The previous Oculus Rift model required external sensors, but the Rift S does not. That speeds the process of setup and calibration, and reduces the number of USB 3.0 connections that you’ll need.

Oculus Quest is also a good solution, as it shares a similar inside-out design and an identical price of $399 for the 64 GB version. It’s also natively wireless, but that’s not a feature that Half-Life: Alyx will support. You’ll need to be tethered to your PC via USB 3.0 to use it. How it will perform when being fed a AAA-quality PC game is an open question, but expect the experience to feature slightly lower resolutions.

The Oculus Quest is virtual reality’s next big leap forward

Both the Rift S and the Quest share the same motion controller design, including a big hoop that extends from the top of the Oculus Touch controllers. That will get in the way of some hand movements in Half-Life: Alyx, specifically loading and manipulating firearms. Thankfully, alternate button inputs are an option.

If you can still find one, the original Oculus Rift might actually be the better solution when it comes to motion controllers. The hoop on those is reversed, extending in front of and below the hand. That will make it easier to manipulate guns. You’ll experience lower visual resolution, and also need to set up at least two USB 3.0-powered sensors around your play space. (Get three for best results.)

The advantage of the HTC Vive Cosmos Elite and the Vive Pro (both $899) is the ability to play wirelessly. Half-Life: Alyx is a very active game, and will lend itself well to a room-scale presentation. Early demos have shown lots of ducking and sliding, with players bobbing and weaving to avoid incoming fire. Being tethered to a PC in those situations becomes a liability.

Unfortunately, to get that wireless capability requires a $350 upgrade and a bit of technical know-how. You’ll need to install a separate PCI card inside your PC, and mount an additional sensor to your monitor. The whole thing is a bit kludgey, in that it puts more weight on your head in the form of an antenna, and requires an external battery pack that you have to wear on your belt. Availability of the headsets is also an issue.

What pushes the Vive devices into a solid third place, however, are their wireless motion controllers. They’re long, and have a large puck on top. From experience, I can tell you they make manipulating a virtual firearm challenging. Their palm grips are also a bit harder to use than the trigger-style grips on the Oculus motion controllers. Valve has taken this into account, however, and offers alternate button configurations for playing Half-Life: Alyx on the Vive.

You’ll get similar resolutions to the above headsets with the lower-priced HTC Vive Cosmos, and the inside-out motion tracking itself is excellent. However, the system doesn’t support full 360-degree tracking of the motion controllers. In practice, that means that when your hand goes behind your back, the headset could lose sight of it. Some of the movements in Half-Life: Alyx require that you reach behind your shoulder, so the tracking may become a liability while playing this particular game. 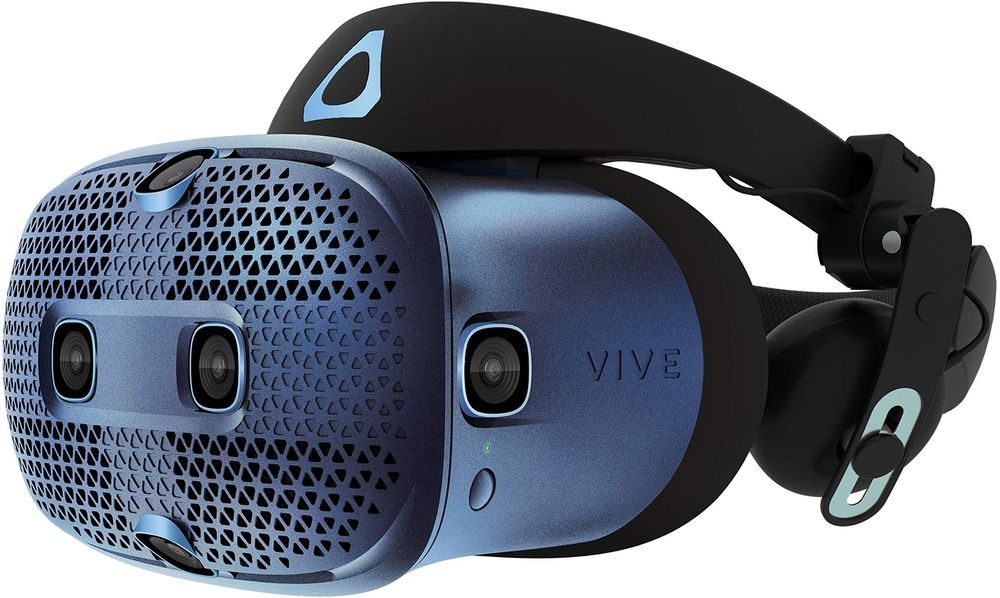 The HTC Vive Cosmos is fully compatible with the Vive wireless adapter, which will set you back another $348.99.

Since the Oculus Rift and the HTC Vive showed up on the scene in 2016, VR aficionados have been able to get by with relatively dated hardware. For Half-Life: Alyx, it looks like those early adopters will need to upgrade their rigs.

Valve’s minimum system requirements for Half-Life: Alyx specify an Intel Core i5-7500 or better, and at least an Nvidia GeForce GTX 1060 with 6 GB of onboard video RAM. We’ve listed a few options for you below, including multiple cooler options from AMD.

If you’re looking for a crossgrade or an appropriate upgrade, Tom’s Hardware has an excellent GPU hierarchy that I depend on for my own personal builds. You may also want to swing by PCPartPicker to make sure your motherboard will be able to make the transition.

Finally, if you’re building for the future and want to pick up a GPU that’s compatible with real-time ray-tracing — one of the splashy new effects that makes games like Control so good-looking — you might want to just bite the bullet and look at a new RTX card from Nvidia. Be aware that they’re a fair bit more expensive.