Rasputin, the giant computer AI, is back in the Destiny 2 limelight with the game’s latest season: Season of the Worthy. The Warmind is an old and complex individual, responsible for some of the most important events in Destiny history.

So before the season drops, let’s take a look back at what a Warmind is, what Rasputin has already done, and how he will impact Destiny’s future.

What is a Warmind?

A Warmind is a giant computer, complete with a self-functioning AI. It controls military technology, like Warsat satellites, and orbital strike cannons.

Humans built Warminds back in the Golden Age, after the Traveler first visited the solar system. But after the Collapse and the fall of the Traveler, Rasputin is the only still-functioning Warmind — that we know of.

Characters that believe he has a personality, like Ana Bray, refer to Rasputin using male pronouns. And Osiris calls him “old man” as an insult. We’re unsure why characters gender him this way — whether he prefers male pronouns, or if it’s just because he’s named after Grigori Rasputin.

Rasputin, the Collapse, and SIVA 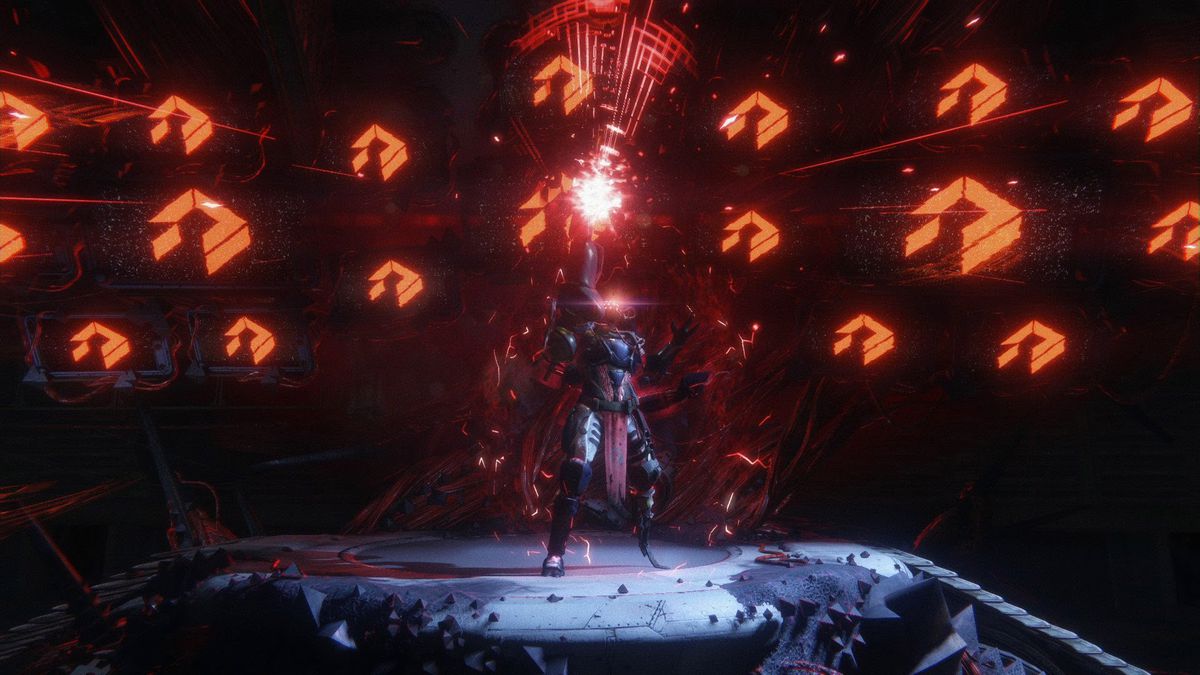 A Fallen harnessing the power of SIVA.
Image: Bungie

Rasputin is the greatest Warmind ever created, and he’s spent much of the Destiny franchise sleeping or dormant. Primarily located in the Braytech Futurescape on Mars, Rasputin also has a section of his mind on Earth, around the Cosmodrome.

The most important thing about Rasputin is that he caused the “death” of the Traveler.

At the end of the Golden Age, when the Darkness came for the Traveler, Rasputin could not maintain his normal directive: to help humanity survive. No matter how many simulations he ran, destruction was imminent. In his most defining moment, he executed a protocol named MIDNIGHT EXIGENT and reprogrammed himself. His new goal was humanity’s long-term survival.

Now in control of his own actions, Rasputin executed another protocol: ABHORRENT IMPERATIVE. He attacked the Traveler, seriously wounding it (that’s partially why it still looks broken in-game). The Traveler had a habit of developing civilizations, attracting unwanted evil, and then leaving the civilization behind for a safer location. Rasputin’s goal was to immobilize the Traveler. If the mysterious orb wanted to live, it would need to help Earth defend itself against the coming Darkness. And thus, the Traveler created the ghosts, and Guardians were born.

Rasputin was also the protector of SIVA, the nanotech construction technology that infected the Fallen during the Rise of Iron expansion. When the Iron Lords — old Guardians — attempted to steal SIVA to use it for humanity’s benefit, Rasputin turned it against them and wiped out all but two of them (Lord Saladin and Lady Efrideet). The Fallen later gained control of SIVA, and Guardians had to defeat them.

Because of his actions in both of these scenarios, many view Rasputin as a villain: The AI that nearly destroyed the Traveler, and murdered the first wave of honorable Guardians. But Rasputin has always been a machine that calculates what is best for humanity’s ultimate survival. Without Rasputin’s intervention at the start of the Collapse, it’s likely Guardians wouldn’t exist, and the Darkness would have destroyed the Earth. 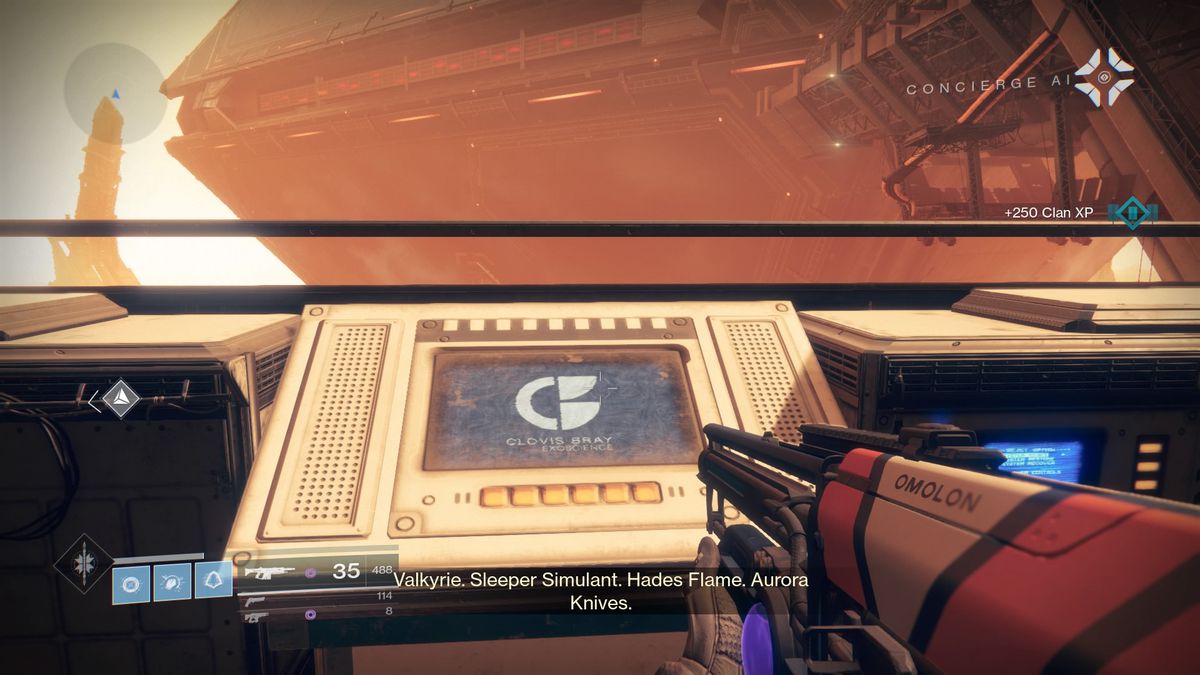 A Guardian interfaces with a Clovis Bray terminal with Rasputin’s core in the background.
Image: Bungie

Destiny 2’s second expansion, Warmind, was all about an ancient Hive threat on Mars near Rasputin’s core. Back before the original Destiny started, Nokris — one of the sons of Oryx, the Taken King — and Xol, the Hive worm god, landed on Mars. Rasputin launched the SIBERIAN ENTROPY PROTOCOL to freeze Nokris, Xol, and their army of Hive. When the enemies began to thaw, Guardians met up with Ana Bray.

Against the orders of the Vanguard, Ana and the Guardians woke Rasputin and reconnected some of his weapon systems. With his help, Guardians were able to craft the Valkyrie Javelin, and defeat Nokris and Xol — dealing a massive blow to the Hive.

At the end of the Warmind expansion, Rasputin informed the Vanguard that he intends to protect humanity on his own terms.

Season of the Worthy and beyond

In a teaser for Season of the Worthy, we see the Warlock Osiris confront Rasputin in his core. Osiris isn’t a fan of Rasputin, calling him a murderer and betrayer. But Osiris saw something in his visions of the future: a new Darkness coming. He asks where Rasputin stands — with the Light or the Darkness.

The Cabal’s giant energy-sucking ship, The Almighty, is plummeting toward the Traveler next season, and Guardians must link up new systems for Rasputin to help destroy the ship and save the Last City once again. But Rasputin’s influence is far more important than destroying a single ship, and the question of where his allegiance will fall seems to be the season’s central mystery.

Over the past few years, characters like Calus, Osiris, The Drifter, Mara Sov, and more have teased the arrival of a much darker force in Destiny. Each party has their own idea on how to deal with the problem. Some believe they should harness the Darkness, while others stand strong against it. During Shadowkeep, players saw a glimpse of that Darkness with the Pyramid ship on the Moon.

Rasputin will likely make a choice this season on who to join in the fight against the Darkness. Whichever faction gains his allegiance will have a powerful ally at their disposal. But Rasputin’s attempts to “help” humanity haven’t ever been casualty-free. Whatever the Warmind chooses in Season of the Worthy will likely affect the overall Destiny narrative for years to come.