Home » PS4 » Plunder is the secret star of Call of Duty: Warzone

Plunder is the secret star of Call of Duty: Warzone

When Infinity Ward first announced that it was making a free-to-play Call of Duty game called Call of Duty: Warzone, it focused its marketing around Call of Duty’s take on battle royale. But while battle royale mode might get people in the door for Warzone, the game’s other mode, Plunder, is the real star of the show.

Each match of Plunder has 102 players, broken up in squads of three players each. Each squad competes to be the first to earn $1 million in in-game cash, or get the most cash in 30 minutes. Players can earn cash from completing contracts, looting, or picking up the cash that enemy players drop when they die. Unlike in battle royale games, everyone in Plunder respawns after death. The only way to keep your cash safe is to deposit it by buying an expensive extraction balloon, which you can place wherever you want, or waiting for a helicopter to arrive at a very public and dangerous location.

A small wrinkle makes Plunder even more unique: the money that you collect doesn’t belong to the squad, at least not until it’s deposited. Instead, players hold money individually until it’s deposited. This makes for constantly shifting roles. If you have two rich squadmates who need to duck out of a dangerous firefight, and your own bank account is empty, guess who gets to stay behind and play the decoy?

But Plunder still feels built on the bones of a battle royale game.

Plunder uses the same map as Warzone’s battle royale. The map, Verdansk, is full of varied locations for firefights — from dams to forests to several different massive urban locations that give it the kind of expansive feel that most battle royale maps have. 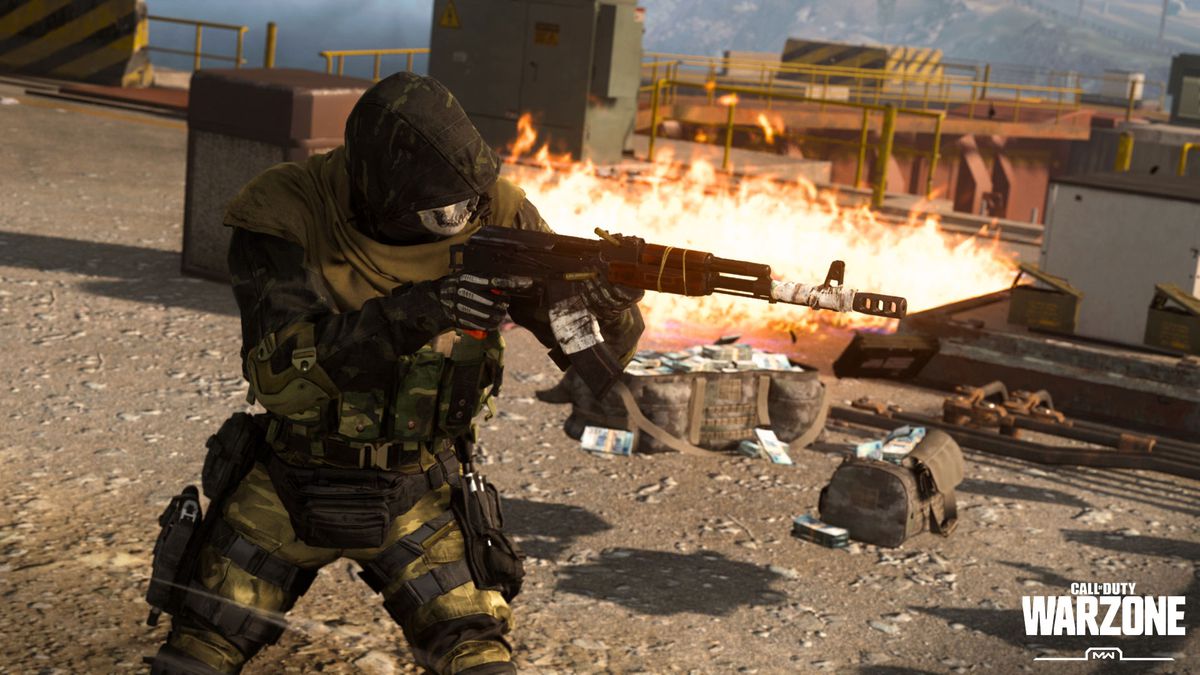 In fact, Plunder does a great job of encouraging you to explore more of the map than Warzone’s battle royale. Contracts, which can include things like hunting down specific enemy players or capturing certain objectives, happen all over and send you to new areas you might not have visited on your own. On top of that, the game marks the three squads with the most money at any given time, which could send you across the map on a hunt for more cash, rather than sticking within the confines of the circle.

Even more important than the map, though, is the player count of Plunder. With over 100 players in each game, it feels like anyone could be waiting around the next corner or in the building across the street. It seems like a fight is always threatening to break out. But in the fights themselves, Plunder sets itself apart.

In typical battle royale match, every skirmish feels like it has high stakes; lose the fight and you risk elimination. But, Plunder gives everyone an unlimited number of respawns, but respawning will diminish your character’s cash. This changes the whole equation of how fights work and when you pick them. It keeps the stakes high for each fight, without the threat of the match ending with one well-placed shot.

During one match, my team and I were hunting down one of top earning teams. We finally caught up with them at a small farm and managed to take down two of the three players and grab their money. Before we could get the last squad member, other teams showed up looking for their cut of the prize. Suddenly we were in the middle of a gun fight with at least a dozen players. Any mode that can materialize that kind of chaos would be special, but it’s once the respawning starts that things get complicated.

Plunder allows players to respawn, but every death divides your cash in half. The other half is left on the ground where you fell. This makes every respawn a tantalizing risk-versus-reward scenario: do you take the half of the money you still have and run far away, or risk another 50% slash to your bank in hopes of getting back what you lost.

In the case of my squad’s farm-house stand, we started out carrying around $200,000. Another $100,000 rested on bodies we hadn’t gotten to loot yet. But as our adversaries started to close in, my squad started dying more often — collecting the money we dropped became almost impossible while under siege.

After three or four deaths, our strategy shifted. One player tried to grab as much cash as they could and stay alive. On every respawn, I would sprint back into the fray in hopes of protecting my squad’s new piggy bank, only for them to get gunned down, forcing me to hoard the money myself and repeat the cycle. Every time, the overall cash would get a little lower. 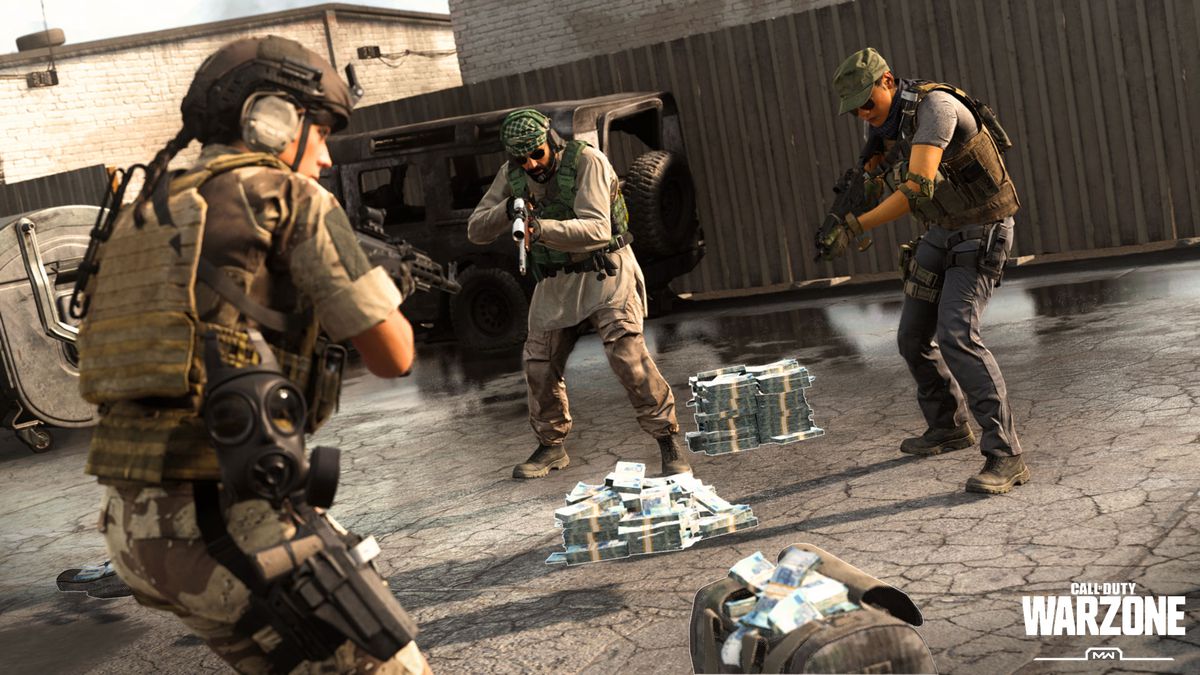 At our highest point, my squad had somewhere around $350,000 — a huge amount of money, and 35% of the total we’d need to win the game. But by the time we tucked our tails between our legs and ran away from the battle (still raging on at the farm), we were left with $21,000 between us. We had spent nearly 15 minutes falling victim to a particularly gratuitous example of the sunk cost fallacy and had almost nothing to show for it. On the other hand, it was also one of the most fun multiplayer matches I’ve played in recent memory.

Plunder’s fights are sometimes over in a flash, or they could drag out for ten-plus minutes, but each one still feels like Call of Duty. During my team’s fight at the farmhouse-turned-Alamo it felt like we paused our 100-player match to have a mini Call of Duty Team Deathmatch game instead.

When Warzone was announced, all eyes were on the battle royale mode. But by taking the foundation of battle royale, with its massive map and high player count, and building a new game mode on top of it, Infinity Ward managed to create a fantastic mode that steals the show. It may not exactly be battle royale, but it does feel like a uniquely Call of Duty-style addition to a genre that’s proving bigger than just battle royale.