Despite it entering early access nearly four years ago, Wolcen: Lords of Mayhem has rocketed to the top of the Steam charts. Wolcen doesn’t bring much new to top-down action RPGs, but it manages to set itself apart by letting me change my class whenever I want. It’s a mercy not having to sink a ton of time starting from scratch.

Wolcen is a traditional dungeon-crawling game. I take my fantasy character and her fantasy weapons through a dungeon to complete a quest, go back to town when I’m finished, and head out into the world to find yet another dungeon. 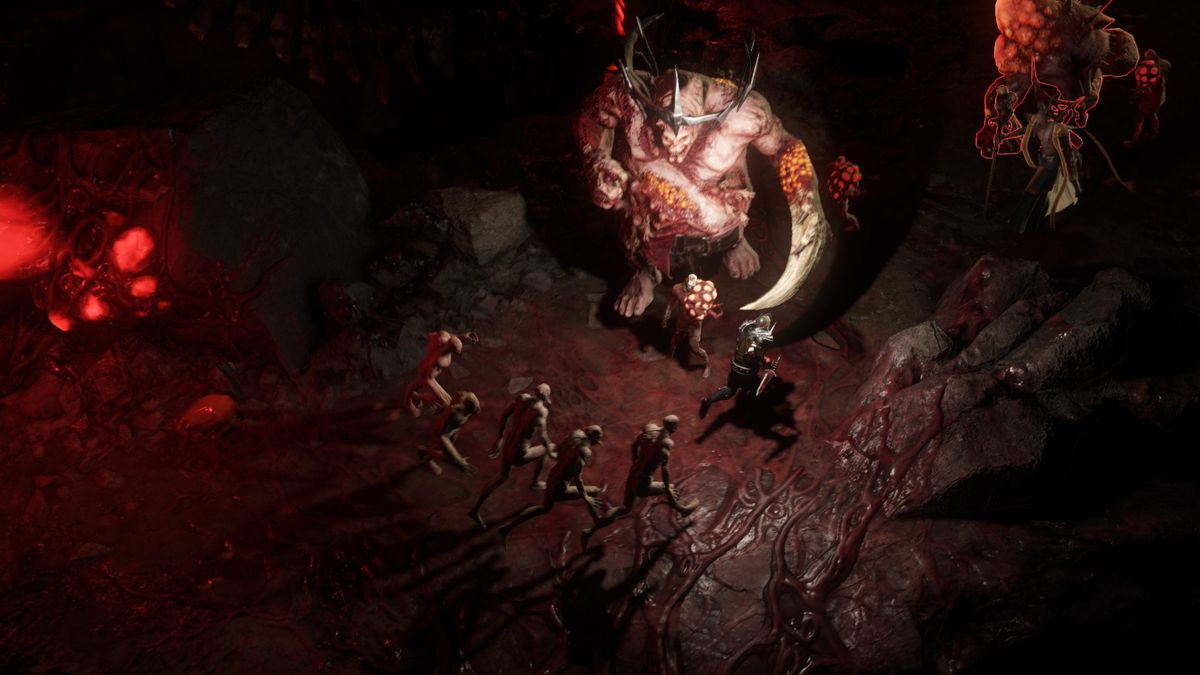 A player battles a horde of demons
Image: Wolcen Studio

But the swordplay feels inconsistent. Small, flying enemies elude my clicks thanks to wonky hitboxes. My attacks are slow, but my dodge-roll is fast, giving a strange rhythm to combat that I’m still not used to. The melee combat doesn’t feel precise, which makes the times I’ve died during a battle frustrating — even if I can just get back up again.

Most of my frustrations came as a melee player, a decision I made at the start of the game. When I made my character before Wolcen’s prologue, it asked me what weapon I wanted to start with — a sword and shield, magic staff, or bow.

In Wolcen, your weapon is your class. As a longtime Barbarian in Diablo 3, I spent a majority of my time with Wolcen as a melee user. But once I swapped my character to use more magical abilities and fight from range, I couldn’t believe how much smoother the combat felt. 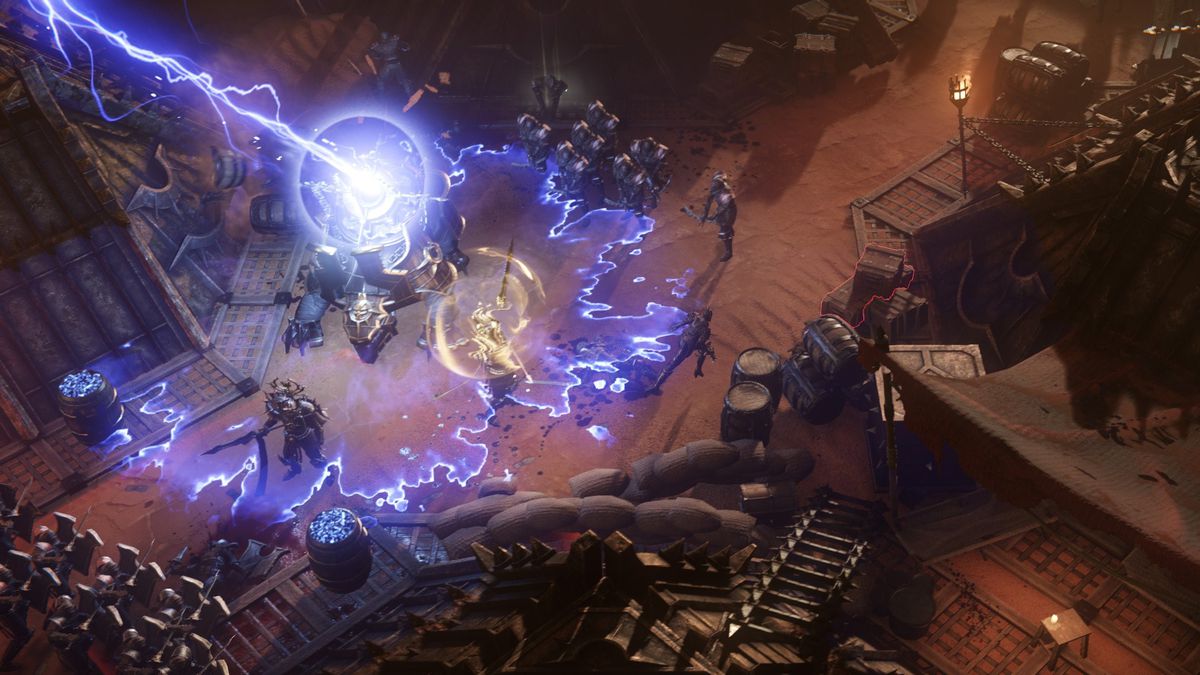 I’m thrilled I could make the swap without having to restart my game, but I wish it didn’t cost nearly all of my currency to do it. To reset my stats, I need a pile of currencies — either gold I pick up on the ground or the Primordial Affinity I get for selling unwanted skills in town. My gear also needs a refresh before I can swap my play style — if I’ve been optimizing for melee, every gear piece has the wrong stats for an effective magic user. And without hoarding mage abilities I was selling them instead — I needed to buy new ones from the shop or play with only a handful of skills on my bar. But with enough gold and patience, my character is unrecognizable from the melee fiend I started as.

The beauty of Wolcen is that starting a new play style doesn’t mean burning through hours of content you’ve already played before just to get back to where you were.

For action-RPG fans, Wolcen represents another offering set somewhere between Path of Exile and Diablo 3. It’s not so complicated that looking at the skill tree makes you dizzy the way Path of Exile does, but it has more in-depth role-playing systems than Diablo 3.

With Wolcen: Lords of Mayhem allowing endless and flexible customization, Path of Exile 2 coming soon, and Diablo 4 sometime in the future, it’s a good time to be a fan of the action-RPG genre.