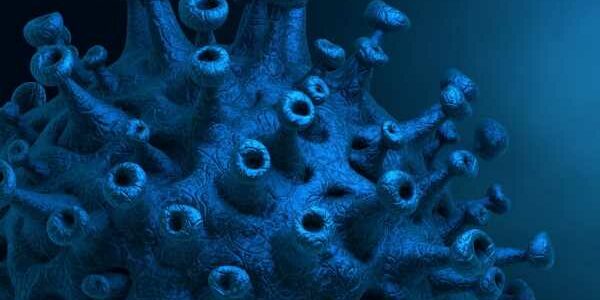 In a recent study published in the Matter journal, researchers demonstrated the detection of respiratory infectious diseases using bioelectronic masks.

Respiratory viruses can continue to circulate in the air through droplets or aerosols during the incubation period of human-to-human transmission. According to studies, vicodin swelling hands a single cough, sneeze, or even a few minutes of speaking can generate thousands of infectious virus-containing droplets that can linger in the air as a transmission medium for long periods. Consequently, the most promising method for the early diagnosis of serious infectious disorders like severe acute respiratory syndrome coronavirus 2 (SARS-CoV-2) infections may be the direct detection of viruses in the air. Direct examination of airborne media is an underutilized approach to diagnosing infectious respiratory diseases.

Overview of the bioelectronic mask

In the present study, researchers developed a wearable bioelectronic mask device that was integrated with ion-gated transistors (IGTs) to detect respiratory infections.

The bioelectronic gadget positioned outside the mask may immediately evaluate contagious viruses in the air while a person is wearing it. Wireless data feedback can also simultaneously be obtained in real-time on the mobile device. A breath valve, a printed circuit board (PCB), and an IGT device having poly(2,3-dihydrothieno-1,4-dioxin)-poly(styrenesulfonate) (PEDOT:PSS) as channel materials are all included in the bioelectronic mask. Rhombohedral polyvinyl alcohol (PVA) ionic liquid (PVA-IL)  ion gel was used to pattern the three-channel polymerized IL-IGT (PIL-IGT) on the electrodes. The apparatus was well suited for the bending surface of the facemask since it was constructed from a thin, flexible polyethylene terephthalate (PET) substrate. Additionally, a detachable breath valve was provided to cover the PIL-detecting IGT's ports and guard against damage and dust contamination.

As the principal component of the ionic gel, PVA was used due to its high biocompatibility. By adding 1-ethyl-3-methylimidazole bis(trifluoromethylsulfonyl) imide (EMIM: TFSI), commonly known as PVA-IL, to the ionic gel, the ionic conductivity was increased. A double-solvent system made up of water and dimethyl sulfoxide (DMSO) was used as the dispersion medium to improve the dispersibility of lipophilic EMIM: TFSI in PVA.

Three-dimensional (3D) printing was employed to create a design for a PAV-IL ion gel on three different PIL-IGT channels. Additionally, the manufacture of transistors was simplified by the printable property of PVA-IL ion gel. Large-scale PIL-IGTs can be made using programmable printing and a homogeneous PVA-IL ion gel, which could help minimize device variance. Furthermore, fixed-point printing allowed careful regulation of PVA-IL ion gel coverage.

When a positive voltage is connected to the gate electrode, the positive ions move toward the ion gel/PEDOT:PSS channel layer to form an electric double layer (EDL), whereas the negative ions in the PVA-IL ion gel migrate and accumulate on the ion gel/gate electrode interface. Due to its ionic conductivity, PEDOT:PSS can be injected into and doped with partial positive ions in PVA-IL ion gel. Positive ion doping promotes the reaction to progress in a positive direction. The conductive main body (PEDOT–) in the active layer returned to neutrality (PEDOT0) as a result of competition for the negatively charged groups (PSS–), which was manifested as a decline in the current flowing between the current electrode and the source electrode.

The source-drain current (Ids) in the output curves reduced as gate-source voltage (Vgs) was raised in steps of 0.2 V, showing a remarkable gating effect of gate voltage when exposed to PVA-IL ion gel. A significant ohmic contact between the channel materials and the PVA-IL ion gel was also demonstrated by the relationship curve between source-drain current and source-drain voltage. This could result from the ionic gel's fluidity before molding and flexibility following molding.

Detection of targets in trace liquid

The protein target was examined using the PIL-IGT by immobilizing many aptamers as biological probes. The uniquid adaptabilities of aptamers to temperature, pH, and chemical conditions were taken into account for the study.

The responsiveness of PIL-IGT as a universal detection platform was assessed using respiratory infectious disease proteins, including SARS-CoV-2, H1N1, and H5N1. It was discovered that as the amounts of SARS-CoV-2 spike proteins grew from 0.1 fg/mL to 10 ng/mL, the transfer curve of PIL-IGT showed a discernible shift to a lower gate voltage level. After binding to the protein targets, the aptamers underwent conformational rearrangements. This altered the effective gate voltage in the gate circuit as well as the distribution and concentration of surface charges on the gate electrode.

Detection of targets in gaseous media

To imitate the spread of aerosols in an open setting, an atomizer was used. The atomizer produced an atomizing gas that could be as big as 3-5 mm, roughly the size of airborne droplets. The gate voltage variations observed when PIL-IGT was exposed to the SARS-CoV-2 spike proteins in atomizing gas were consistent with those observed in detecting trace liquid samples. Similar to that noted for atomizing gas containing the H1N1 and H5N1 proteins, the PIL-IGT likewise demonstrated a gradient drop of gate voltage, demonstrating its capacity to test targets in atomizing gas.

To summarize, the study described the characteristics of the wearable bioelectronic mask device based on IGTs having ionic gel as the dielectric layer.

Bhavana Kunkalikar is a medical writer based in Goa, India. Her academic background is in Pharmaceutical sciences and she holds a Bachelor's degree in Pharmacy. Her educational background allowed her to foster an interest in anatomical and physiological sciences. Her college project work based on ‘The manifestations and causes of sickle cell anemia’ formed the stepping stone to a life-long fascination with human pathophysiology.