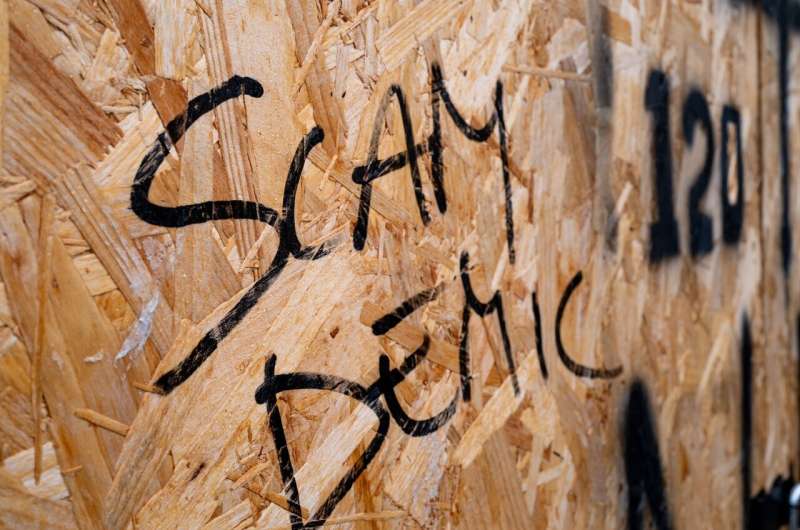 Professor Jolanda Jetten from the UQ School of Psychology said the research found conspiracy theorists were also more likely to respond to COVID-19 with self-focused strategies rather than strategies that assist society as a whole, such as vaccination.

“Conspiracy theorists were more likely to focus on ways of helping themselves such as stockpiling, and less likely to respond to community-focused strategies like hand-washing and social distancing.

“We started this research wanting to find out if COVID-19 conspiracy theorists are primarily motivated by concern for others—like social justice activists—or primarily concerned for themselves.

“The overall picture suggested that compared to other people, conspiracy theorists are relatively self-oriented.”

The research team surveyed 4245 people from eight nations, and three months later followed up with 1262 of those people from three nations.

Professor Matthew Hornsey from UQ’s School of Business said the findings had troubling implications for public health and safety.

“Responsible behavior from individuals—including widespread uptake of a vaccine—remains our best hope of defeating this and future pandemics,” Professor Hornsey said.

“Vaccine hesitancy is particularly strong among conspiracy theorists, and suspicion about the pending vaccines may be high enough to threaten herd immunity.

“Understanding this phenomenon may help inform interventions designed to increase societal resilience in the face of current and future pandemics.”