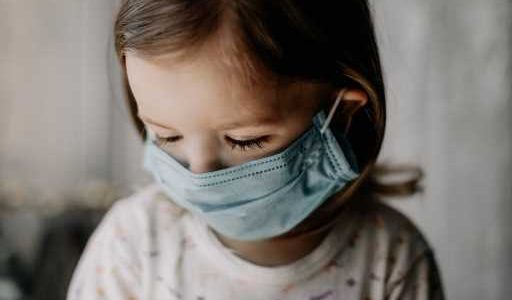 While the understanding scientists currently have about the novel coronavirus that causes COVID-19 is that children are more often to experience less severe illness, there’s new information on the other pediatric illness caused by the virus, Multi-System Inflammatory Syndrome or (MIS-C), as well as what more acute cases of COVID-19 illness might look like in children to help parents better understand the signs and symptoms to look out for.

In a new nationwide study published by JAMA on Wednesday, researchers examined 1,116 cases of young people treated at 66 hospitals in 31 states and found a few key differences in the demographics cases of people with MIS-C and acute COVID-19.

They found that the MIS-C cases were more likely to be between six and 12 while the majority of the acute COVID-19 cases occurred in children older than 12 or younger than six. They also found that non-Hispanic Black children, what is a medrol for children with severe cardiovascular or mucocutaneous involvement and having more extreme inflammation.

“Patients from both groups commonly presented with a variety of constitutional, gastrointestinal, and upper or lower respiratory signs or symptoms on admission,” researchers wrote. “Both groups often required intensive care unit support, more commonly in the MIS-C group. Although the results for most patients with MIS-C were SARS-CoV-2 antibody positive, most patients with COVID-19 were not antibody tested. Most severe cardiovascular involvement from MIS-C, including left ventricular dysfunction and coronary artery aneurysms, resolved within 30 days.”

They note that their case series particularly found that non-Hispanic Black children were “more likely than non-Hispanic White patients to have MIS-C than COVID-19” while “Hispanic patients did not appear to be at a higher risk for MIS-C than COVID-19.” They note that, In Kawasaki disease (which MIS-C resembles), Black children see a higher risk of not responding to certain treatments or increased coronary abnormalities.

“Most patients classified as having MIS-C and COVID-19 experienced severe respiratory involvement and it is possible that some patients may have had COVID-19 with cardiovascular involvement, as has been described in adult patients, rather than MIS-C,” researchers write. “Current criteria for MIS-C may also capture a spectrum of hyperinflammation and cardiovascular involvement occurring acutely and during the postinfectious phase. Misclassification of these patients might impede optimal treatment if the pathogenesis differs between MIS-C and COVID-19; however, it is possible that anti-inflammatory agents like steroids could be beneficial for both.”

Be vigilant of pediatric symptoms that differ from adult symptoms

One family recently shared the experience with CNN of their six-year-old daughter, Gigi who had autism, epilepsy and hydrocephalus, who died suddenly from complications from the virus — though they hadn’t realized was sick with COVID-19. The parents, Priscilla and David Morse said that she wasn’t displaying too many symptoms other than throwing up twice, which they originally believed might have been a result of a previous treatment for her hydrocephalus.

She said the doctor told them it was likely a stomach bug and to go home and have her get some rest: “I went to the store to get popsicles, and I came home to two ambulances, fire trucks, police cars in front of my house, and my daughter dead.”

Before you go, check out the best kids face masks you (probably) won’t have to wrestle on to tiny faces: