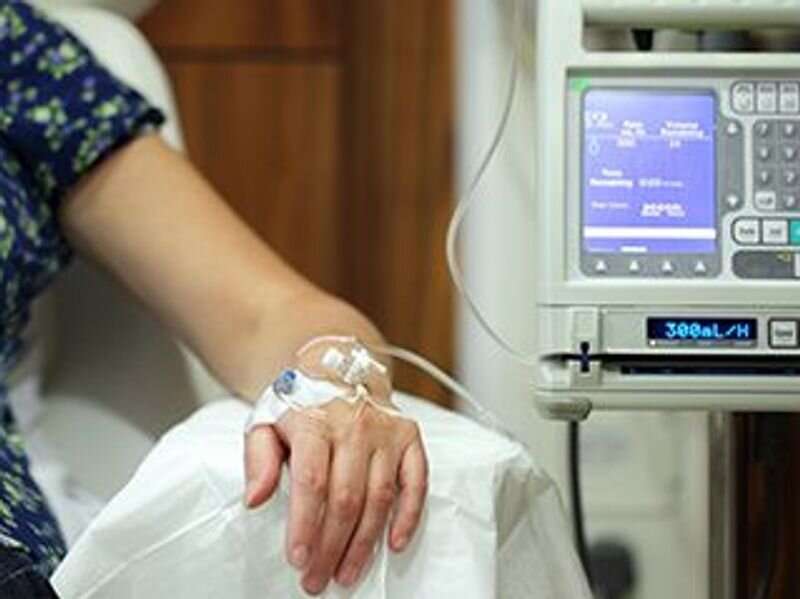 The U.S. Food and Drug Administration approved the first therapy in its class to reduce the frequency of bone marrow suppression induced by chemotherapy for extensive-stage small cell lung cancer, the agency announced Friday.

Cosela (trilaciclib) inhibits cyclin-dependent kinase 4/6 to help protect bone marrow cells from the damage caused by chemotherapy. It is administered intravenously as a 30-minute infusion within four hours before starting chemotherapy. This approval provides patients with a treatment option to reduce common side effects of chemotherapy and may “make their chemotherapy safer and allow them to complete their course of treatment on time and according to plan,” Albert Deisseroth, M.D., Ph.D., phenergan directions supervisory medical officer in the Division of Non-Malignant Hematology in the FDA Center for Drug Evaluation and Research, said in an agency news release.

The approval was based on data from three randomized, double-blind, placebo-controlled studies in a combined 245 patients with extensive-stage small cell lung cancer. Patients were randomly assigned to either an infusion of Cosela or placebo before chemotherapy. Those who received Cosela had a statistically significant reduction in the duration and severity of neutropenia compared with those who received placebo. Researchers also found a positive impact on red blood cell transfusions and other myeloprotective measures with Cosela.

The most commonly reported side effects of Cosela were fatigue; low levels of calcium, potassium, and phosphate; increased levels of aspartate aminotransferase; headache; and pneumonia. Before administration of Cosela, patients should also be cautioned about the potential for injection site reactions, acute drug hypersensitivity, interstitial lung disease/pneumonitis, and embryo-fetal toxicity.