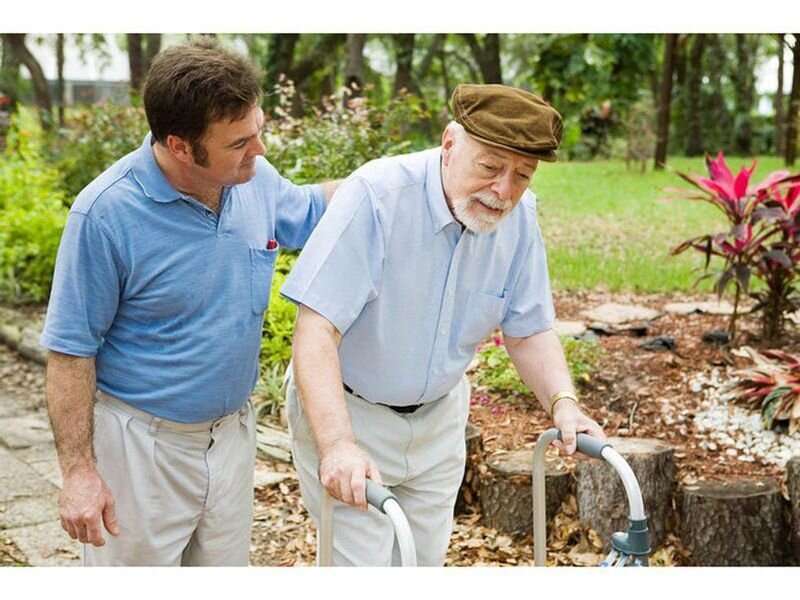 Researchers think they’ve figured out why Parkinson’s disease causes a person’s limbs to become so stiff that at times they can feel frozen in place.

Using a robotic chair equipped with sensors, a research team has linked the activation of leg muscles in Parkinson’s patients with a region of the brain called the subthalamic nucleus.

This oval-shaped brain area is involved in movement regulation, and data from the chair show that it controls the start, pantoprazol x nexium finish and size of a person’s leg movements, according to research published Sept. 7 in Science Translational Medicine.

“We could confirm that the same modulations underlie the encoding of walking states—for example, changes between standing, walking, turning, avoiding obstacles or stair climbing—and walking deficits such as freezing of gait,” Moraud said.

Parkinson’s disease is a degenerative disorder of the nervous system that primarily affects the body’s motor functions.

Parkinson’s patients have trouble regulating the size and speed of their movements, according to the Parkinson’s Foundation. They struggle to start or stop movements, link different movements to accomplish a task like standing up, or finish one movement before they begin the next.

The subthalamic nucleus is part of the basal ganglia, a network of brain structures known to control several aspects of the body’s motor system, said Dr. James Liao, a neurologist with the Cleveland Clinic who reviewed the findings.

“This study is the first to convincingly demonstrate that the basal ganglia control the vigor of leg movements,” Liao said. “The significance is that this links dysfunction of the basal ganglia to the shuffling gait deficit of Parkinson’s disease.”

To research Parkinson’s effect on walking, researchers built a robotic chair in which a person could either voluntarily extend their leg from the knee or the chair could do it for them.

Researchers recruited 18 Parkinson’s patients with severe motor fluctuations and problems with their walking gait and their balance. Each patient was implanted with electrodes that could track electrical signals from their subthalamic nucleus and also provide deep brain stimulation to that brain region.

Impulses coming from the subthalamic nucleus were tracked as patients used the chair and later as they stood and walked.

“The fact that all these walking aspects are encoded in that region of the brain makes us believe that it contributes to walking function and dysfunction, thereby making it an interesting region for therapies and/or for predicting problems before they arise,” Moraud said. “We could leverage that understanding to design real-time decoding algorithms that can predict those walking aspects in real-time, using brain signals only.”

In fact, the researchers did create several computer algorithms that distinguished the brain signals from a regular stride from those that occur in patients with an impaired gait. The team also could identify freezing episodes in patients as they performed short walking tests.

“There are big hopes that the next generation of deep brain stimulation therapies, which will operate in closed loop—meaning that they will deliver electrical stimulation in a smart and precise manner, based on feedback of what each patients needs—may help better alleviate gait and balance deficits,” Moraud said.

“However, closed-loop protocols are contingent on signals that can help control the delivery of stimulation in real-time. Our results open such possibilities,” he added.