Dementia-stricken care home resident, 81, who died from a cardiac arrest was not given CPR ‘because staff confused her with another resident with same first name and a DNR’

Paramedics failed to resuscitate a dying care home resident after her records were mixed up with another person with the same first name, it was claimed today.

Joyce Parrott, 81, died in April 2020 after suffering a cardiac arrest at The Elms in Whittlesey, Cambridgeshire.

Ambulance staff were wrongly told she had a ‘do not resuscitate’ order in place, an inquest heard.

Her daughter, Caroline Porter, rosacea doxycycline twice day said a nurse ‘mixed up my mum with another Joyce’, who didn’t want CPR if her breathing or heartbeat stopped.

She accused staff of failing to do ‘everything they could’, claiming the on-duty nurse didn’t even know whether there was a defibrillator on-site.

HC-One, which operates the care home, have apologised to the family.

A spokesperson for The Elms said it was ‘deeply sorry’ that ‘a mistake was made’ and Mrs Parrott’s care plan was not followed.

Experts, however, say it was ‘highly unlikely’ Mrs Parrott would have survived, even if she received CPR. 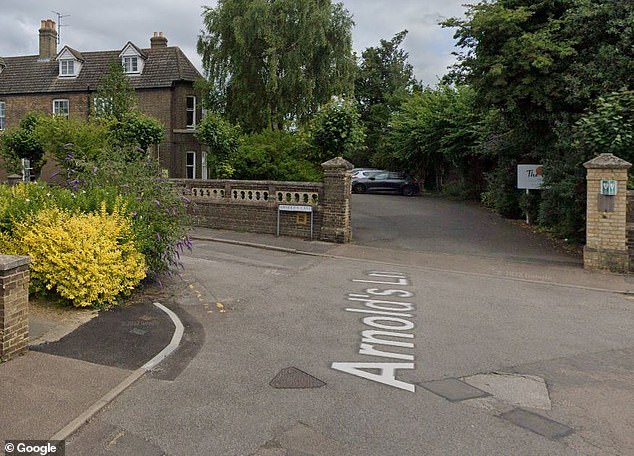 Joyce Parrott, 81, died in April 2020 after an inquest heard after ambulance staff were wrongly told she had a ‘do not resuscitate’ order in place. Her daughter, Caroline Porter, said a nurse ‘mixed up my mum with another Joyce’ who opted not to have CPR if her breathing or heartbeat stops. HC-One, which operates the care home The Elms in Whittlesey, Cambridgeshire (pictured), where Ms Parrott died, have apologised to the family.

‘Do not resuscitate’ means if your heart or breathing stops, medics will not try to restart it.

It is formally known as a ‘do not attempt cardiopulmonary resuscitation’ (DNACPR).

A DNACPR decision is made by a patients and their doctor or healthcare team.

A decision is usually recorded on a special form.

The forms are easily recognised by doctors, nurses and healthcare workers, so they know what to do in an emergency.

It is kept in a patient’s medical records. It may also be printed and kept with a person if they are at home or in a care home.

Mrs Parrott, who suffered from vascular dementia, moved to The Elms in February 2020, according to the BBC.

At an inquest earlier this month, a coroner explained that an ambulance was called on April 29 2020 over concerns about Mrs Parrott’s ‘abnormal’ health.

Caroline Jones, the coroner for Cambridgeshire and Peterborough, said she had stopped breathing before paramedics arrived on the scene.

The BBC reported that she said: ‘When the rapid response paramedic attended, he was advised that Mrs Parrott had a [DNR] directive in place so did not commence CPR.’

Medical tests showed that Mrs Parrott’s heart rhythm was asystole — when there is no electrical activity in the organ.

‘A few minutes later, it was advised that Mrs Parrott did not have a [DNR] in place,’ Ms Jones added.

‘By which time she had not been breathing for a prolonged period, so CPR was not commenced.’

An expert said Mrs Parrott would have likely died even if ambulance staff performed CPR as soon as they arrived, according to Ms Porter’s lawyers, Ashtons Legal.

But Ms Porter told the broadcaster: ‘I understand what the experts mean, but even the small chance is a chance and she was denied that chance.’

She doesn’t believe medics ‘did everything they could’ for her mother.

The nurse who called an ambulance for Mrs Parrot, who is since thought to have left the country, said she didn’t know whether there was a defibrillator at the property, Ms Porter claimed.

She said: ‘She was the nurse on duty, surely she should have known where the defibrillator was?’

Ms Porter claimed that the nurse ‘admitted that she’d been working off two care plans, both with the first name of Joyce and she’d mixed my mum up with another Joyce’.

She also told the BBC that she had previous concerns about her mother’s care after she was left in soiled underwear at The Elms for five days, just weeks before her death.

Staff told Ms Porter that they had offered their assistance to change her mother’s clothing but she had declined.

The Elms, which has 37 beds and care for the over-65s, was rated as ‘requires improvement’ by the Care Quality Commission watchdog, which last inspected the home in December.

A spokesperson for The Elms said: ‘The health, safety and wellbeing of all our residents is our absolute priority.

‘We are therefore deeply sorry that on this occasion, a mistake was made which led to this individual not being supported in line with their care plan when they fell critically ill.

‘Since this historic incident occurred, we have made important changes to the way we communicate key information to our full time and temporary care colleagues to ensure that such a mistake is not repeated.

‘We immediately strengthened our record keeping systems so that they are clearer for all colleagues to refer to quickly, improved our shift handover processes, and provided additional support and auditing framework in the home.

‘We have also increased our levels of senior team oversight and provided all colleagues with enhanced refresher training to ensure that our stringent policies and procedures are fully embedded.

‘The inquest recognised these improvements and the policies and procedures we have in place.

‘We will continue to work hard to ensure that the highest standards of care, quality and governance are sustained so that we can provide the kindest possible care to our residents.’

It comes after the death of three residents — Margaret Canham, George Lowlett and David Poole — at The Elms in 2019 weeks after their families complained of ‘poor care’.

The deaths will be examined at inquests but the care home said many of the allegations don’t reflect the care it provided.

The orders not to perform CPR were brought in without consulting patients during the Covid crisis.