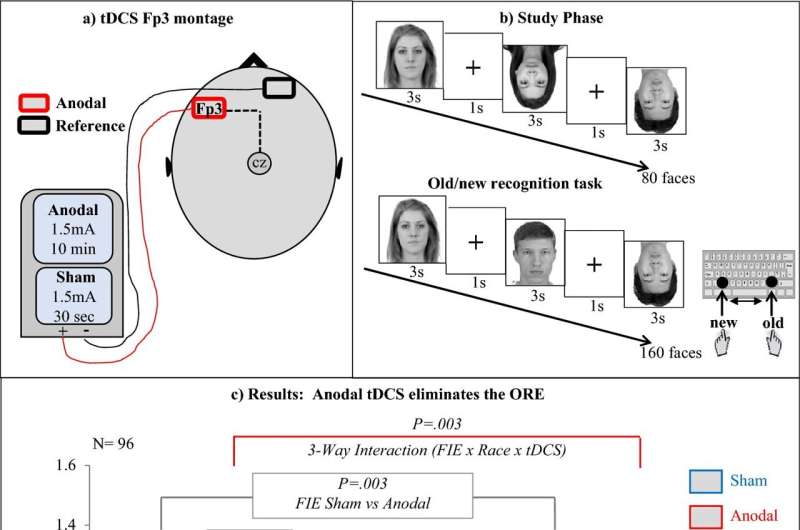 Cognitive psychologists at the University of Exeter believe they have discovered the answer to a 60-year-old question as to why people find it more difficult to recognize faces from visually distinct racial backgrounds than they do their own.

This phenomenon named the other-race effect (ORE) was first discovered in the 1960s and has consistently been demonstrated through the face inversion effect (FIE) paradigm, where people are tested with pictures of faces presented in their usual upright orientation and inverted upside down. Such experiments have consistently shown that the FIE is larger when individuals are presented with faces from their own race as opposed to other race faces.

It has prompted decades of debate as to the underlying factors, with social scientists historically taking the view that it’s indicative of how people are less motivated to engage and differentiate members of other races, cycrin contraindications thus leading to a weaker memory for them. Cognitive scientists, on the other hand, propose that it is based on the comparative lack of visual experience that people have with other-race individuals, which then results in reduced perceptual expertise with other-race faces.

Now, a team in the Department of Psychology at Exeter, using direct electrical current brain stimulation, has found that the ORE would appear to be caused by a lack of cognitive visual expertise and not by social bias.

“For many years, we have debated the underpinning causes of ORE,” said Dr. Ciro Civile, senior lecturer in cognitive psychology and research lead for the project.

“One of the prevailing views is that it is predicated upon social motivational factors, particularly for those observers with more prejudiced racial attitudes. This report, a culmination of six-years of funded research by the European Union and U.K. Research and Innovation, shows that when you systematically impair a person’s perceptual expertise through the application of brain stimulation, their ability to recognize faces is broadly consistent regardless of the ethnicity of that face.”

Published in the journal Scientific Reports, the research was conducted at Exeter’s Washington Singer Laboratories, and used a non-invasive transcraniaL direct current stimulation (tDCS) procedure, specifically formulated to impair a person’s ability to recognize upright faces. This was applied to the participants’ dorsolateral prefrontal cortex, via a pair of sponges attached to their scalp.

The results revealed that in the control group, the size of the FIE for own-race faces was almost three times larger than the one found for other-race faces confirming the robust ORE. This was mainly driven by participants showing a much better performance at recognizing own-race faces in the upright orientation, compared to other-race faces—almost twice as likely to correctly identify that they had seen the face before.

In the group subject to active tDCS, meanwhile, the stimulation successfully removed the perceptual expertise component for upright own-race faces and resulted in no difference being found between the size of the FIE for own versus other-race faces. And when it came to recognizing faces that had been inverted, the results were roughly equal for both groups for both races, supporting the fact that people have no expertise whatsoever at seeing faces presented upside down.

“Establishing that the other-race effect, as indexed by the face inversion effect, is due to expertise rather than racial prejudice will help future researchers to refine what cognitive measures should and should not be used to investigate important social issues,” said Ian McLaren, professor of cognitive psychology. “Our tDCS procedure developed here at Exeter can now be used to test all those situations where the debate regarding a specific phenomenon involves perceptual expertise.”