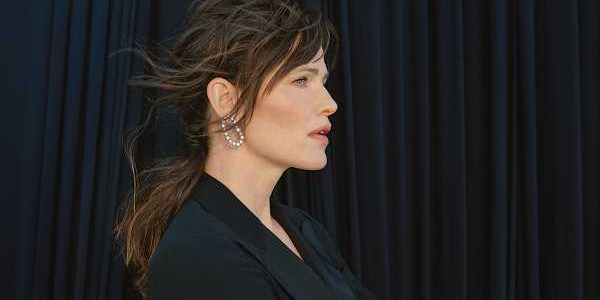 Jennifer Garner is opening up about how her children have handled growing up with their famous parents in the spotlight.

The Yes Day actress, 48, has previously been open about living with endless paparazzi attention surrounding her family, and in a new cover story for The Hollywood Reporter, she says she has very few family photos since her kids were traumatized by cameras and feared the devices when they were younger.

When asked how paparazzi attention impacted her children — son Samuel, cheap januvia overnight shipping without prescription 9, and daughters Seraphina, 12, and Violet, 15 — Garner responds, "We'll have to ask them when they're older."

"When they were smaller and there were things out there that were shocking, my request to them was always, 'Let Dad and I talk you through whatever it is,' " she says. "I'd tell them, 'If you see an image on the front of a magazine, I'll look at it with you and we'll process all the scary feelings that come up together.' "

Garner recalls her oldest, Violet, speaking about paparazzi while a kindergartener: "She stood up on a chair in a little velvet dress, with her hair a bit back and her glasses on and she didn't say her R's right, and she said: 'We didn't ask for this. We don't want these cameras, they're scary. The men are scary, they knock each other over and it's hard to feel like a kid when you're being chased.' "

Want to get the biggest stories from PEOPLE every weekday? Subscribe to our new podcast, PEOPLE Every Day, to get the essential celebrity, entertainment and human interest news stories Monday through Friday. Garner, who shares her kids with ex-husband Ben Affleck, says the constant cameras following them "put so much anxiety in our little family."

"… I'd go do a school run and it'd be 15 cars going with me. I never had a day without them, and if I did, if I made it to a park by hiding in the bottom of the pool man's truck or something, then a nanny would see me there and call a number and they'd swarm," she recalls.

In 2013, Garner and a team of celebrity parents led by Halle Berry decided to take action on the issue and passed a bill that made it a crime for paparazzi to photograph children without permission. During a conversation on PBS' Tell Me More With Kelly Corrigan in October, Garner explained that while she understood the constant attention was a "cost of doing business," it eventually came to a point where it began to negatively affect her kids.

"For 10 years, there were at the very least six cars and often 20 outside of our house, and outside of school, and at the pediatrician's," she recalled at the time. "And you're begging them, 'Please step aside from the pediatrician's door. I have a sick kid. Please.' "

"Anywhere that we went it was a total circus," she said before recalling one example: "My one daughter tried to play soccer and it was such a zoo for the families that they just said, 'Can you please not.' "