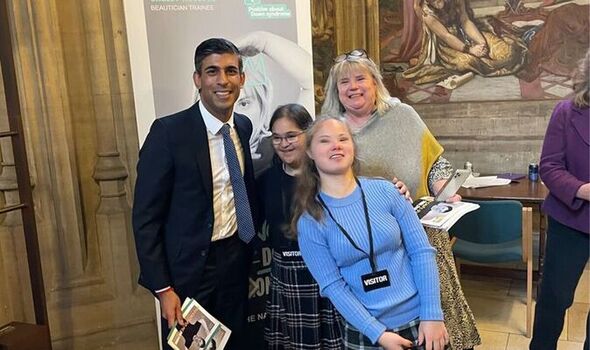 A teenager is fighting to change abortion laws as she believes they discriminate against people with Down’s Syndrome.

Millie Anna Prelogar, 18, is an influencer from Windsor who was “shocked” and “offended” when she found out that you can abort a baby with Down’s syndrome up until birth.

In UK law, abortions can be enacted up until 24 weeks, reports Berkshire Live, carbamazepine fda but for babies who have evidence of a disability, including Down’s Syndrome, cleft palate, or a club foot, it’s legal to abort the baby up until birth.

With this in mind, Millie has a question to pose to lawmakers and the general public: “Do you think I’d be better off if I had never been born?”

With the help of the You-Can’t-Put-Me-Down-Syndrome campaign, Millie has been raising awareness of what it’s like to live with an extra chromosome. She said: “Having Down’s Syndrome is no big deal. We can do anything we set our minds to with just a little extra help and support.”

This is exactly what Millie told Prime Minister Rishi Sunak when she met him minutes after he had been appointed the new PM on October 24. Activists like Millie are asking MPs to rewrite the protocols and language used when speaking to expectant parents whose babies have been diagnosed with Down’s Syndrome.

Millie is also asking for the Abortion Act to be changed.

She said: “At first I was shocked and then I felt offended that the current abortion law discriminates against people like me, this reinforces negative stereotypes and questions the value and dignity of my life.

“I want the appeal judges to get rid of section 1(1)(d) of the Abortion Act so foetuses with disabilities are treated the same as all other foetuses.”

With the help of Positive About Down Syndrome, who launched the ‘You-Can’t-Put-Me-Down Syndrome’ campaign, Millie is raising awareness of these laws.

Millie says that people generally have the misconception “that people with Down’s Syndrome can’t live happy, productive and fulfilled lives”, but through her campaigning missions she’s hoping to prove that this isn’t true.