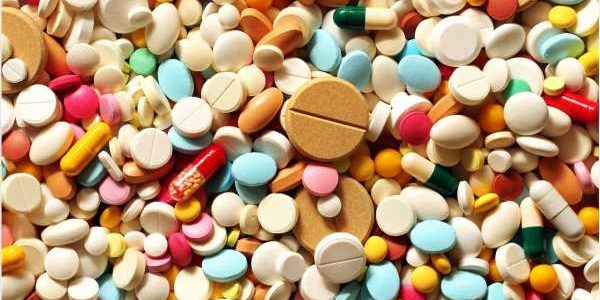 The search for effective and safe antivirals against the severe acute respiratory syndrome coronavirus 2 (SARS-CoV-2) pathogen responsible for the current coronavirus disease 2019 (COVID-19) pandemic assumes new urgency in the face of more virulent and transmissible variants. Apart from the development of new drugs, the repurposing of already approved drugs has been a promising approach.

A new study, released as a preprint on the bioRxiv* server, describes the identification of new compounds from a library, generic prednisolone ca without prescription with inhibitory activity against several coronaviruses. This study shows the utility of this method, besides identifying compounds that not only inhibit viral shedding in SARS-CoV-2 cultures, but have an immunomodulatory effect that may be useful in mitigating the damaging cytokine storm typical of severe or critical COVID-19. 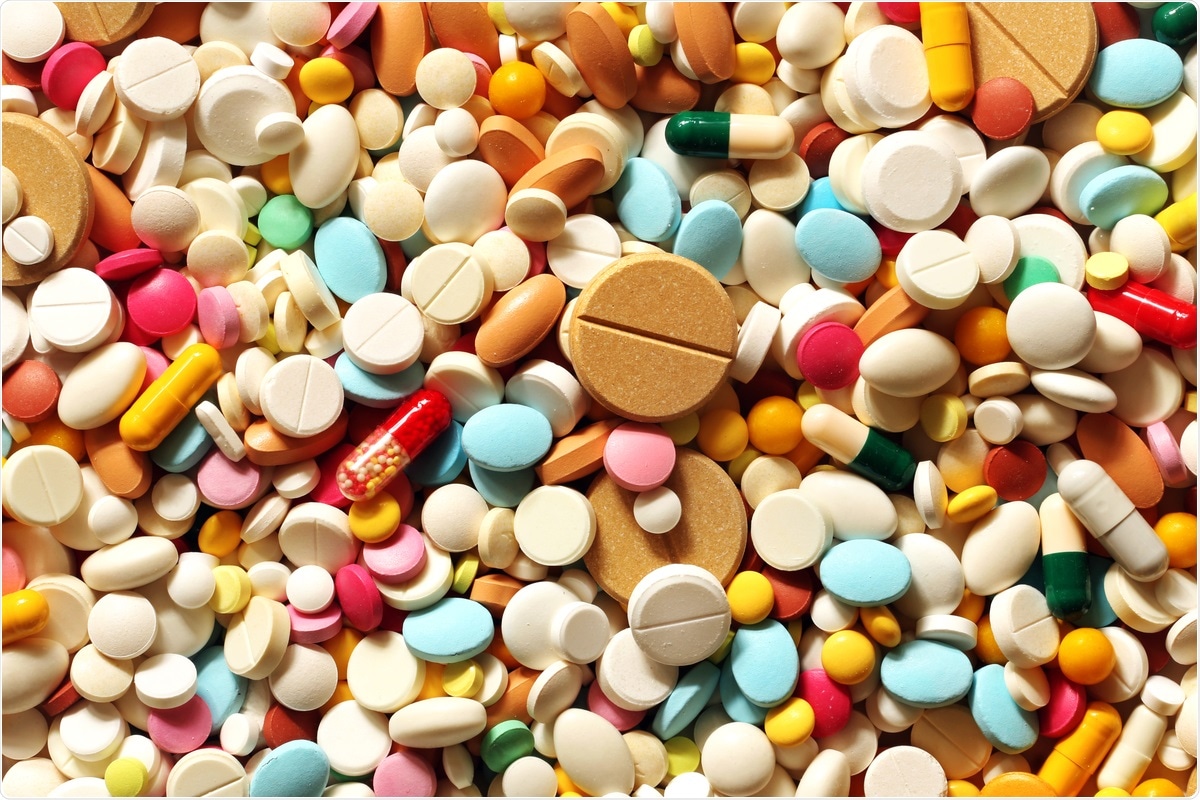 At present, supportive care is supplemented only by the antiviral drug remdesivir, and anti-inflammatory corticosteroids. However, the virus continues to show new mutations, several of which accomplish immune evasion and resist neutralization by existing antibodies. Thus, there is an urgent need to identify inexpensive, safe and effective treatments for this illness.

Drug repurposing has been shown to be far superior to conventional drug development techniques in this scenario, as it bypasses the safety trial requirements for de novo drug synthesis. By drawing on already approved drugs, it can make many more compounds available within a short time frame, such as remdesivir, anti-malarials, and the elongation inhibitor Aplidin used in multiple myeloma.

The current study describes the results of a multi-cycle drug screen intended to identify drugs that can be repurposed for this illness. The screen examined the effects of thousands of compounds on the entire replication process of a fluorescence-tagged alpha-coronavirus hCoV-229E.

Once a hit was identified, it was assayed against two other human coronaviruses (hCoVs), OC43 and SARS-CoV-2, grown in a culture meant to simulate nasal and bronchial epithelium, with the cells growing at an air-liquid interface to mimic airway conditions.

This led to the identification of 11 compounds that impaired the replication of a number of coronaviruses. One of these was the mouthwash ingredient called Cetylpyridinium chloride monohydrate, with topical activity, and the rest were systemically used compounds.

Five of these are approved compounds, including the well-known methylene blue (MB), mycophenolic acid (MPA), while two others are in phase II clinical trials, and three in preclinical testing stages. MPA and MB showed inhibitory activity against SARS-CoV-2 infection, especially inhibiting the propagation of the virus from the infected cell to neighboring cells.

Of the five approved drugs, MB and MPA seem to have both antiviral and anti-inflammatory activity, are widely available, and are inexpensive.

The study also showed that 39 compounds showed a low micromolar effective concentration against hCoV-229E-GFP, with efficacy against infection of 50% of cells (EC50) below 2 μM, and a therapeutic index (TI) over 2. The TI indicates the margin of safety between the therapeutic and toxic dose.

The therapeutic concentrations for these three compounds were 32 μM, 9 μM and 46 μM, respectively. At a concentration of 1.75 μM, 39 compounds proved effective and safe against hCoV-OC43 as well.

When tested for SARS-CoV-2 inhibition, eleven compounds were identified to inhibit the replication of this virus in two cell lines, at least. MPA, thonzonium bromide and MLN4924 were active in three cell lines, and showed inhibition of hCoV-OC43 and SARS-CoV-2 whether used to pre-treat the cells, or added following viral challenge.

Two compounds were inhibitory in every tested cell line, namely, Posaconazole, and Ro 48-8071. Many more compounds were active against both hCoV-229E-GFP and hCoV-OC43 than against SARS-CoV-2, with no obvious relationship to the cell line in which it was cultured.

Culture temperatures may impair the activity of some of these compounds, accounting for the fewer number of compounds with anti-SARS-CoV-2 activity. However, the screening carried out in cell lines with two endemic hCoVs (229E, OC43) and SARS-CoV-2, led to the detection of antiviral activity in five compounds.

At 1 and 10 μM concentrations, MB reduced infectious virion shedding by up to 2 logs on the second day post-infection (dpi), and by 8 dpi, viral shedding was undetectable. In the apex of the explant, corresponding to the exposed side of the airway epithelium, the viral genome load was reduced by about 2 logs to 3 or 4 dpi.

These results were confirmed by the detection of viral ribonucleic acid (RNA) by polymerase chain reaction (PCR) testing.

However, beyond 4 dpi, there was no reduction in the viral genome load at the apex of the explant culture, though viral titers were undetectable.

MB is a redox-cycling agent, making use of cellular flavo-oxidoreductases for their reduction while consuming cellular nicotinamide adenine dinucleotide phosphate (NADPH). The rapid auto-oxidation of leuco-MB, the reduced form, consumes molecular oxygen and produces hydrogen peroxide, which is a very potent oxidizing agent.

In response, multiple genes are triggered, of which the transcription factor Nrf2 (nuclear factor erythroid 2-related factor 2) is linked with many cellular pathways that are activated in stress and homeostasis. If Nrf2 expression is enhanced, this could inhibit SARS-CoV-2 infection. In fact, the expression of this gene has been found to be reduced in tissues obtained from COVID-19 patients.

Another top hit, GPP-78, also involves one of the key enzymes in salvaging or recycling NAD.

MPA also showed significant antiviral effects, only less than MB, with the efficacy continuing to be demonstrated after viral exposure, especially at 10 or 10 μM. Apical viral genome copy numbers showed only a small reduction, however.

MPA may not only inhibit viral replication by its non-competitive inhibition of an enzyme required by the viral nonstructural protein (nsp) 14 for replication and transcription. This also blocks the proliferation of T and B cells.

It may also reduce the levels of furin, a protease that is vital for the systemic pathology caused by the virus, and for its propagation within the host. Furin is essential for priming the spike protein to accomplish virus-neuropilin-1 (NRP-1) binding to infect nerve and cardiac cells.

MPA also has immunosuppressive and anti-inflammatory effects at higher concentrations, as indicated by its use in organ transplant patients in the form of mycophenolate mofetil (MMF), to reduce the incidence of transplant rejection. In severe or critical COVID-19, the use of MPA may avert the cytokine storm that is responsible for multi-organ damage.

These actions may be traceable to the suppression of lymphocyte proliferation, these cells being very vulnerable to this mechanism of inhibition.

Some compounds are already being developed for clinical use. MLN4924 also prevents the degradation of Nrf2, which may indicate that it has a similar mechanism of inhibition against SARS-CoV-2. This also shows an EC50 of 30 nM against hCoV-229E, and its prime activity is against the Nedd8 activating enzyme (NAE) that disrupts the cell cycle and leads to apoptosis.

Ro 48-8071 is in preclinical testing, and showed the most effective profile. It is a cholesterol biosynthesis inhibitor via its inhibition of enzymatic activity.

Posaconazole also showed the same mechanism and inhibition profile, but did not follow a dose-response pattern. Posaconazole was extremely safe, however.

The compound SB-505124 also inhibits the TGF-beta type I receptor serine/threonine kinase, or activin receptor-like kinase (ALK) 4, along with ALK5 and ALK7. Since the TGF-beta receptor regulates multiple functions of immune cells, this may also lead to a suppression of the inflammatory response.

LY2090314 is one of several compounds that target glycogen synthase kinase, and had an EC50 of 2 nM against hCoV-229E-GFP. However, none of these showed SARS-CoV-2 antiviral activity.

In view of the vaccine rollout in many countries, it may be thought that the threat posed by COVID-19 is drawing to an end. However, it may take years for the whole world to be vaccinated, with many newer variants already showing resistance to immune antibodies, both therapeutic and those elicited by natural infection.

Moreover, people with COVID-19 need to be treated with safe and specific agents. Broad-spectrum drugs are preferable when the many potential zoonotic and anthroponotic coronavirus transmission events are considered.

The future may lie with drugs that target the host rather than the virus, as is the case with remdesivir, which arrests the viral replication enzyme, RNA-dependent RNA polymerase (RdRp). This mode of inhibition remains constant across a variety of viruses, but can be easily evaded by a single nucleotide change in the Ebola virus polymerase, for instance.

The broad spectrum of inhibition across several different hCoVs indicates that the mechanism of inhibition is not active at the point of viral entry. This is because these viruses have different entry mechanisms.

This large-scale screening of compounds against the entire viral replication cycle led to the identification of multiple promising hits that can be repurposed for SARS-CoV-2 inhibition. Five approved compounds were identified.

These comprise MB and MPA, Posaconazole, thonzonium bromide and cetylpyridinium. These variously prevented viral shedding and dissemination, and all were oral, except for Cetylpyridinium, which is a topical agent.

bioRxiv publishes preliminary scientific reports that are not peer-reviewed and, therefore, should not be regarded as conclusive, guide clinical practice/health-related behavior, or treated as established information