With the end of Keeping Up With the Kardashians in sight, Kim Kardashian is looking back on some of the 20 seasons of the show with the eye of a parent and wondering how she’s going to explain a few things to her kids. In a sneak peek of the upcoming May 20 episode, she explains to Scott Disick that she doesn’t want her daughter North to see any of the episodes, where to buy generic diflucan coupons no prescription except the clips that are available on TikTok. 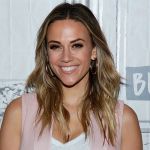 
Jana Kramer's Daughter Breaks Her Heart With This Response to Divorce

But there’s one throwback memory in particular that she definitely doesn’t want to have to explain to her kids, though she knows it’s inevitable.

“I don’t really want to explain who Kris Humphries is,” she told Disick in the clip. Kardashian and Humphries were married in 2011. The wedding, in true Kardashian style, cost an estimated $6 million and sent the show’s ratings into the stratosphere. Kim famously filed for divorce just 72 days later, citing irreconcilable differences.

“That is your life, that is your past, and at some point they’re going to be interested in seeing everything,” Disick said. “They’re either going to do it without us or with us.”

This is something that all parents have to tackle, albeit not with an internationally popular TV show. Still, we’ve got to speak to our kids about the times we were once young and foolish, the mistakes we made, and yes, the relationships we had. Because if we’re not honest with them, we can hardly expect them to be honest with us, or to trust us with the questions we’d rather answer ourselves.

Earlier in the clip, Disick came out in favor of watching the show alongside his and Kourtney Kardashian’s three kids, Mason, Penelope, and Reign.

“I’m just thinking like they’re going to watch it at some point,” he explained. “It’s their life. At what point do we sit them down and say, ‘You’re allowed to go through these seasons and see what mom and dad did all these years?’”

“I’m just not ready for the kids to see it yet, at least North,” Kim said. “Recently the kids have asked to see the show but I’m really hesitant just because me personally, I’m going to have to explain a lot.”

These are some of the reality-TV alumnae we love to follow as they tackle motherhood.