The chemical composition of the stationary phase in HILIC is often more complex than traditional high-performance liquid chromatography (HPLC) and uses a combination of different molecules that interact with analytes to achieve maximum separation across several parameters. 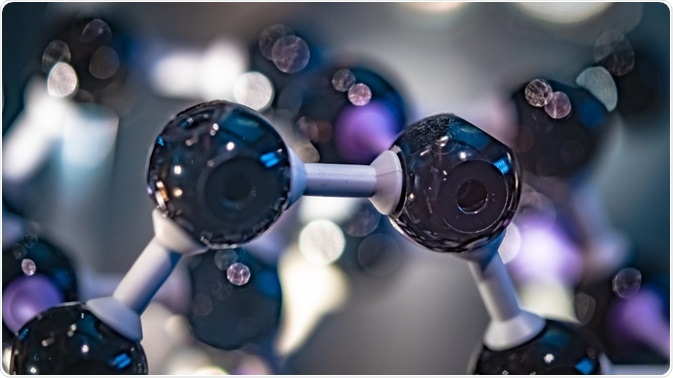 Almost any polar chromatographic surface can be used in HILIC, which often consists of bare silica. Silica can be modified by adding surface functional groups to increase or lower the interaction strength between the stationary phase and analyte or solvent may be used to fine-tune retention time and improve separation between compounds.

Many physicochemical interactions can be exploited in HILIC to separate molecules in a sample. The choice of stationary phase depends upon the molecules to be separated and the solvent (mobile phase), as separation occurs through differing retention strengths between molecules with the stationary phase.

Separation based on chemical and physical interactions

Hydrophobic and hydrophilic forces, fundamental to HILIC, are also considered to be physical interactions. Analytes are separated in order of polarity by hydrophilic (polar) stationary phases.

Silica gel is the most common substrate from which stationary phases are made in all types of column chromatography, due to its porous structure. Bare silica may be used as a stationary phase in HILIC due to the formation of silanol groups on exposed surfaces, orlistat buy online uk making it highly polar. The three common types of silica gel, differing in their preparation, are termed type A, B, and C.

Type A silica gels contain metal impurities as they are precipitated from silicate solution without removing pollutants. The presence of metal ions activates silanol groups, and they may form complexes with certain chelating solutes. This may be exploited when working with some peptides, as they are often highly labile and break apart easily without chelation.

Type B silica gels are prepared through the aggregation of colloidal silica solutions in air and so contain far fewer impurities. Polar compounds are well separated by type B gels. The pH of the mobile phase may also be adjusted to encourage the ionization silanol groups on the surface of the silica, making cation exchange an important factor in retention time.

Type C silica gels are modified to possess a hydrosilated surface made up of non-polar silicon hydride groups. This is useful when a mobile phase with high organic solvent composition must be used, and more polar analytes elute more quickly from this type of column.

Silica gel stationary phases may be modified with a variety of functional groups to finely adjust the retention strength depending on factors, such as hydrophobicity or pH. A common modification to bare silica gels is the incorporation of a hydroxyl group to the exposed silanol surface to create a diol group.

Anionic functionalized silica gels, obtained by the addition of amino groups, are also frequently used in HILIC. This creates a negatively charged surface that causes positively charged species to be more strongly retained than basic compounds.

Michael graduated from Manchester Metropolitan University with a B.Sc. in Chemistry in 2014, where he majored in organic, inorganic, physical and analytical chemistry. He is currently completing a Ph.D. on the design and production of gold nanoparticles able to act as multimodal anticancer agents, being both drug delivery platforms and radiation dose enhancers.