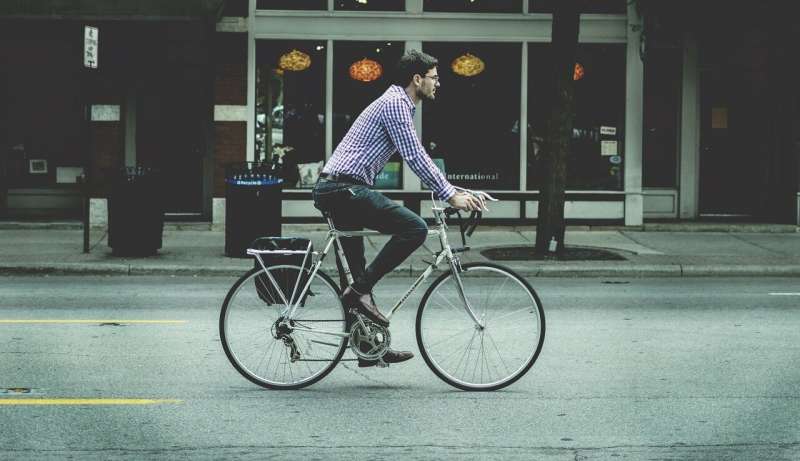 The pandemic-related closure of sports fields, gyms, and fitness studios in Germany has led to a significant increase in cycling in the public green spaces of large cities. This is the conclusion reached by researchers at the University of Bayreuth in a new study published in PLOS ONE. The study is based on anonymised data from the Strava fitness app, which is used by more than 73 million people worldwide.

“We were seeking to find out how people in Germany have reacted to the increasing restrictions on their usual sporting activities since the lockdown began in March 2020. In particular, we were interested in whether they switched to outdoor activities compatible with the restrictions imposed by the federal and state governments, and with the rules of ‘social distancing.” The Strava fitness app, which works with GPS data and records the movement profiles of users to a high degree of accuracy, was particularly well suited for such a study. In the evaluation, we focused on a comparison of cycling in large metropolitan areas and in rural areas, abilify fda indication denial ” says Bayreuth sport ecologist Anne-Marie Schweizer M.A., first author of the study and co-worker of Prof. Dr. Manuel Steinbauer, head of the study.

In all, the 15 most populous major cities and seven rural regions were selected for the study. In these regions—for example in the Bavarian Forest, the Harz Mountains, the High Mark, and the Baltic Sea island of Usedom—no increase in cycling activities caused by the lockdown could be detected. In the large metropolises, on the other hand, cycling became more popular, especially in public parks. As early as April 2020, cycling activity in urban green spaces jumped by 81 percent compared to the previous months. In the period April to June 2020, it increased by an average of 55 percent. In order to extract these developments from the extensive data material of the Strava app, the researchers had to take into account both weather-related influences on cycling behavior and the increasing number of athletes who had registered for the app during the COVID 19 pandemic.