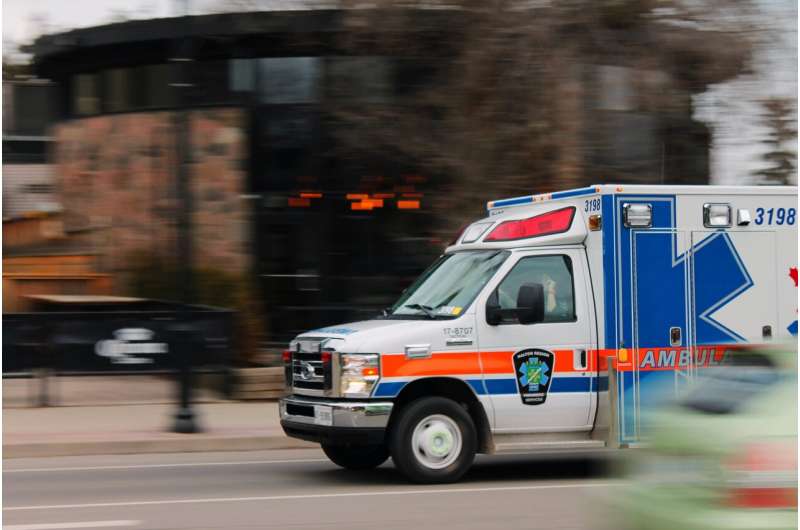 The period after hospital discharge is a high-risk time for people who use illicit opioids such as heroin, according to new research publishing October 5th in the open access journal PLOS Medicine. Fatal opioid overdoses are four times more likely in the first two days after hospital discharge than at other times, and people who use illicit drugs need extra support when being discharged from hospital.

The number of deaths related to opioids, such as heroin, is increasing in England. Hospital patients who use drugs often report undertreated pain and opioid withdrawal and may leave hospital to use illegal drugs. Dan Lewer of University College London and colleagues examined whether hospital admission and discharge are associated with increased risk of fatal drug overdoses, hoping to understand if these times present opportunities to support individuals who use illicit drugs.

They studied opioid-related deaths in England in people aged 18-64 using 2010-2019 data from a national database. A total of 13, buy cheap clomicalm canada without prescription 609 deaths occurred in that period, with 236 (1.7%) following drug use while admitted to hospital: a risk that was smaller or lower than periods not in hospital or recently discharged. 1,088 (8%) deaths occurred in the 14 days after hospital discharge, particularly during the first two days, which is an increase over other periods. Patients who were admitted to hospital for psychiatric admissions, who left the hospital against medical advice or who had stays of seven days or more were at greater risk.

The team concludes that with 1 in 14 opioid-related deaths in England occurring in the two weeks after hospital discharge, interventions such as treatment to prevent withdrawal or overdose response training could save lives. “We don’t want patients needing to treat their own withdrawal or pain and end up overdosing in the bathroom,” says co-author Thomas Brothers, who specializes in addiction medicine. “Hospitals can do more to support this patient group, by giving medicines such as methadone, safer consumption spaces, take-home naloxone kits, and improving training.”