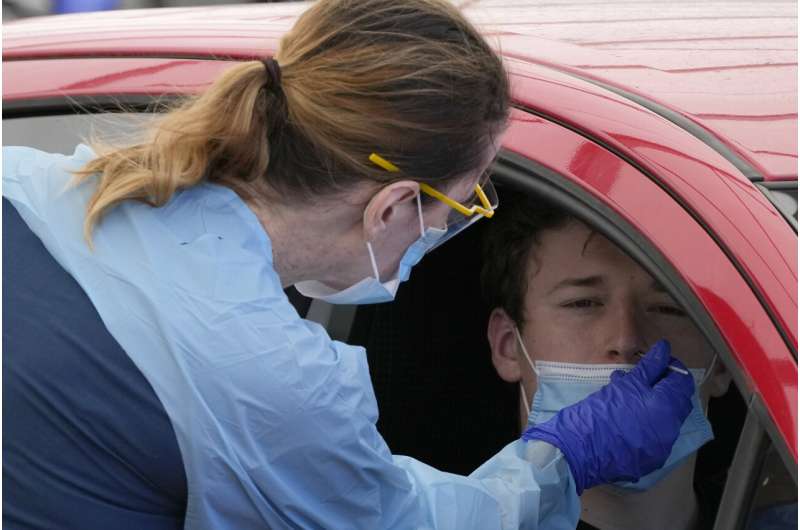 Australia’s most populous state reported a record number of new COVID-19 cases on Sunday and a sharp jump in hospitalizations while thousands of people were isolating at home after contracting the virus or coming into contact with someone who has.

A major laboratory in Sydney, which is located in New South Wales, said that 400 people who had been informed a day earlier they had tested negative for COVID-19 had in fact tested positive. The lab’s medical director said those people were being contacted and informed of the error.

“An emergency response team is now investigating the cause of this mistake, which is believed to be due to human error. We sincerely apologize,” said SydPath medical director Anthony Dodds.

Doctors and pharmacists in New South Wales have said they are running short of vaccine doses amid a rush for shots spurred by concern over the omicron variant.

New South Wales reported 6,394 new infections, up from 6,288 a day earlier. Case numbers in the state have surged over the past two weeks but hospitalizations have lagged behind new infections.

More than 70% of cases in some Australian states are the omicron variant of the coronavirus but New South Wales does not routinely carry out genome testing to identify the variant. State Health Minister Brad Hazzard indicated Sunday that omicron is widespread.

“We would expect that pretty well everybody in New South Wales at some point will get omicron,” Hazzard said. “If we’re all going to get omicron, the best way to face it is when we have full vaccinations including our booster.”

Health officials reported 458 active cases in hospitals across the state, up sharply from 388 the day before. There were 52 people in intensive care in New South Wales.

Victoria, the country’s second most populous state, reported 1,608 new COVID-19 cases and two deaths on Sunday, with 374 people in hospitals, including 77 in intensive care.