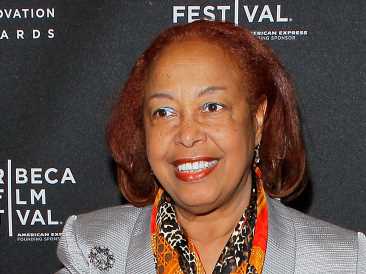 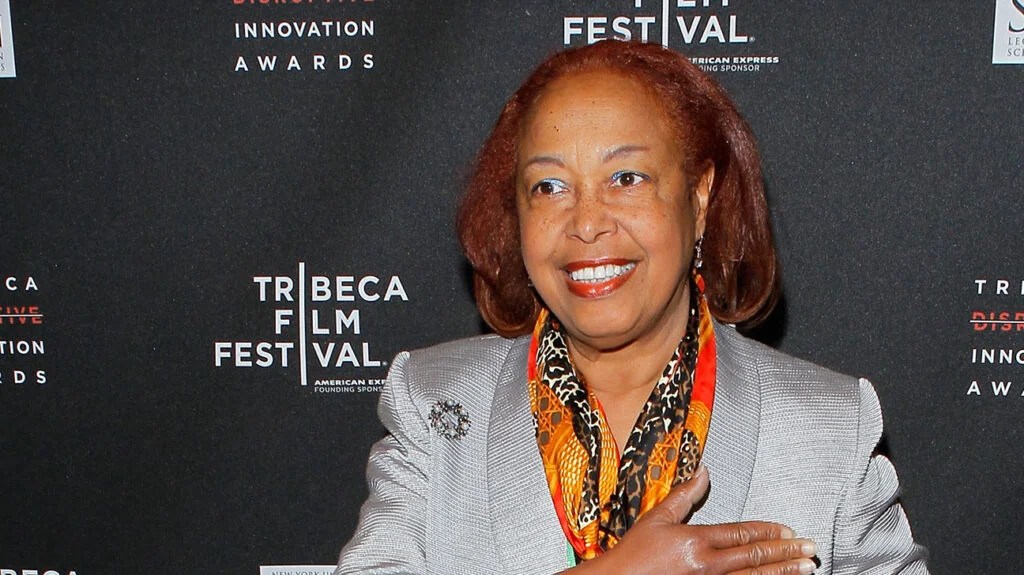 History carries many untold stories of Black women and their roles in fueling scientific advancement. This Special Feature calls attention to the life of Dr. Patricia Bath, who used her passion for ophthalmologic research to fulfill her commitment to serving communities.

Science and medicine have long been known as male-dominated fields that have featured the accomplishments of white men while overlooking and minimizing those of women and people of color.

People of color face prejudice and injustice as a result of deeply rooted systemic racism. This embedded discrimination targets groups beyond the frame of social class and economic status and is built into every aspect of society.

As an effort to bring the lives of some of these individuals to the fore, this Special Feature puts a spotlight on the career and service of Dr. Patricia Era Bath (1942–2019), generic alesse best price without prescription a Black ophthalmologist who changed the landscape of laser eye surgery and community outreach.

In addition, her invention of cataract removal techniques contributed to the advancement of cataract surgery and noninvasive procedures as a whole.

Ultimately, however, Dr. Bath’s achievements were rooted in a desire to serve her community. Her continuous advocacy through both research and volunteer work built the framework for expanding access to proper healthcare and education.

Role models who fueled her passions

Dr. Bath revealed that mentors played a crucial role throughout her life. She pointed to multiple individuals who encouraged her at various stages — from planting the first seeds of inspiration to helping her make specialized career decisions.

Born on November 4, 1942, in Harlem, NY, Patricia Bath grew up in a predominantly Black community. As a result of a racist housing policy known as redlining, her community included people from many economic classes.

One of her neighbors, Dr. Cecil Marquez, was her family physician, and his influence first gave her the motivation to go into medicine.

On the recommendation of her high school teacher, Dr. Bath applied and was accepted to conduct research through the National Science Foundation. This opportunity served as the groundwork for her continued explorations in scientific research.

She continued on this path to medicine, and, in 1968, she received her medical degree at Howard University College of Medicine in Washington, D.C.

In a conversation with Dr. Eve Higginbotham, a Black colleague who specializes in glaucoma, Dr. Bath highlighted two women who offered her concrete direction in pursuing a career in ophthalmology.

The first was Dr. Lois A. Young, who served as the Acting Chief of Ophthalmology during Dr. Bath’s time at Howard.

She was also the first Black woman to join the faculty of the University of Maryland as an ophthalmologist, where she was well-loved by her patients, and people knew her for her trailblazing work.

Dr. Young was an inspiration through her classes and collaboration. It is because of her mentorship that Dr. Bath chose to pursue the field of ophthalmology.

The second was Dr. Danièle Aron-Rosa, whose work advanced the application of lasers to ophthalmology. During a 1986 sabbatical in Paris, France, Dr. Bath worked in Dr. Aron-Rosa’s lab at the Rothschild Eye Institute.

She spoke of this time as a formative experience, in which she received the opportunity to focus entirely on new and engaging projects within a lab setting.

Dr. King’s dreams for the poor

As a Black woman growing up during the Civil Rights Movement, Dr. Bath noted how her interactions with Dr. Martin Luther King Jr. and his work for the poor helped shape her aspirations.

The Poor People’s Campaign of 1963 in Washington, D.C., was a response to the widespread poverty across the country. Dr. King and his supporters laid out a set of demands, asking for “federal funding for full employment, a guaranteed annual income, anti-poverty programs, and housing for the poor.”

Dr. King was assassinated before this event took place, but many who shared his vision gathered in Washington, D.C., from all over the country and built a camp of 3,000 wooden tents. They named the camp “Resurrection City” and protested there for 42 days.

Inspired by Dr. King’s visions, Dr. Bath also took part in the Campaign, where she collaborated with medical students to provide free health services to thousands of people in the camp.

However, law enforcement evicted everyone in the camp as soon as their permit expired, and the Campaign’s demands have yet to be fulfilled, even today.

Dr. Bath also had a dream for the poor and underserved communities, specifically with regard to eye health. In 1976, Dr. Bath co-founded the American Institute for the Prevention of Blindness.

The nonprofit organization strive to prevent blindness and provide primary care for malnourished, at-risk populations according to their principle that “eyesight is a basic human right.”

Dr. Bath’s accomplishments and titles are admirable. However, her numerous firsts as a Black woman also underscore the structural and institutional racism that prevent other women of color from joining her in these achievements.

These structures were prevalent from Dr. Bath’s roots in Harlem, an area that endured a long history of racist policies that limited access to resources, such as financial programs and education.

Even once she reached the reputable positions of leadership, Dr. Bath continued to face sexism and racial discrimination.

In 1975, Dr. Bath joined the Jules Stein Eye Institute at the University of California, LA, as the first woman on the faculty in the Department of Ophthalmology.

Despite usually assigning office spaces according to academic rank, the Institute offered her an office “in the basement next to the lab animals,” which she refused.

Medical schools and societies, such as the American Medical Association, have a history of refusing to admit Black students. Even once these institutions opened their doors to them, these students faced constant discrimination and a lack of support.

Invention of the Laserphaco probe

Many scientists hail Dr. Bath’s impact on eye surgery as one of her greatest achievements. Her invention of the Laserphaco probe and development of a new technique revolutionized cataract removal surgery.

Cataracts are cloudy areas that form in the eye lenses, resulting in blurred vision. They are one of the leading causes of vision loss.

Dr. Bath’s technique incorporates the use of lasers, which are less invasive and more precise than traditional surgical measures.

The laser first creates tiny incisions in the eye. Then, the optical laser fiber probe enters through the incision and vaporizes the lens containing the cataract. The probe extracts this lens, making way for the insertion of a replacement lens.

This new technique reduced the length of time required for surgery, which furthered the possibilities of treatment and wound care.

She recalled: “When I talked to people about it, they said it couldn’t be done. UCLA did not have the lasers I needed. We don’t have a national laser institute. Our laser superiority is mostly weapon/military-related.”

The process of developing this technique took years of work due to its advanced and innovative approach.

Dr. Bath received her first patent in the U.S. in 1988, becoming the first Black female doctor in the country to patent a medical device. In the following years, she received an additional seven patents: four in the U.S. and one each in Canada, Japan, and Europe.

In addition to the invention of the Laserphaco, Dr. Bath highlighted her important work in developing a new approach within ophthalmology.

“Philosophically, I like to think that my greatest accomplishment has to be in those moments when I’ve helped someone regain eyesight, when I remove the patient’s patch, and he starts with the big E and goes all the way down to the 20/20 line. But then I realize that many times, you cannot be the surgeon for everyone who needs eye surgery and that there are more people blinded by preventable causes and treatable causes than any given ophthalmologist could ever treat.”

This novel approach incorporates a public health-based lens to examine demographics and health determinants within at-risk populations and highlights the need to address issues by providing primary eye care through volunteer outreach.

Dr. Bath first landed on this idea as a result of her observations while interning at Harlem Hospital Eye Clinic and simultaneously completing a fellowship at Columbia University.

Recognizing this substantial gap, she conducted a study and published her findings in a 1979 paper titled “Rationale For a Program in Community Ophthalmology.”

Dr. Bath analyzed data from state-maintained blindness registries and found that between the ages of 45 and 64 years, Black Americans demonstrated a rate of blindness that was 3.6 times higher than that of their white counterparts.

Glaucoma, which is relatively easy to prevent, was eight times more common as a cause of blindness in Black Americans. Dr. Bath concluded that these rates of blindness resulted from the disparity in services available to the Black community, leading to undiagnosed and untreated diseases.

Dr. Bath emphasized that a key component of community ophthalmology is promoting health education. Spreading awareness within underserved communities with a high risk of blindness, she believed, could ensure early diagnosis and treatment.

Her efforts in providing direct care for communities, as well as implementing technology to increase access in remote areas, “saved the sight of thousands.”

On May 30, 2019, Dr. Bath died due to complications resulting from cancer.

Even with her many personal successes, she often raised the question: “How do we pass the torch?”

Her spirit of determination remains a legacy in the field of ophthalmology and inspires scientists and clinicians alike in their pursuit to bring about change in the world.