Home » News » You Can Now Add Cazadores To Fallout 4, In Case You Hate Yourself

You Can Now Add Cazadores To Fallout 4, In Case You Hate Yourself

If there's one enemy in the Fallout universe more terrifying than the rest, it's Deathclaws. A close second is the Cazadores of New Vegas, a giant, mutated version of Pepsis grossa, better known as the tarantula hawk.

The tarantula hawk of the New Mexico and Nevada desert is already pretty scary for being one of the largest stinging insects on earth, growing up to two inches long (5 cm, not including wingspan) and possessing a sting that's been colorfully described as being on the receiving end of a taser set to 11. The Cazador is like that, only it's 4 feet tall and can drop a wastelander in just a few stings.

So only the truly foolish or brave will install the new Mojave Cazadores mod from creators HcGxGrill and TheFriedturkey. As part of the larger Project Mojave mod, which seeks to recreate the entirety of New Vegas’s sandbox within Fallout 4’s engine, Mojave Cazadores adds an entirely new challenge to Fallout 4’s wasteland. 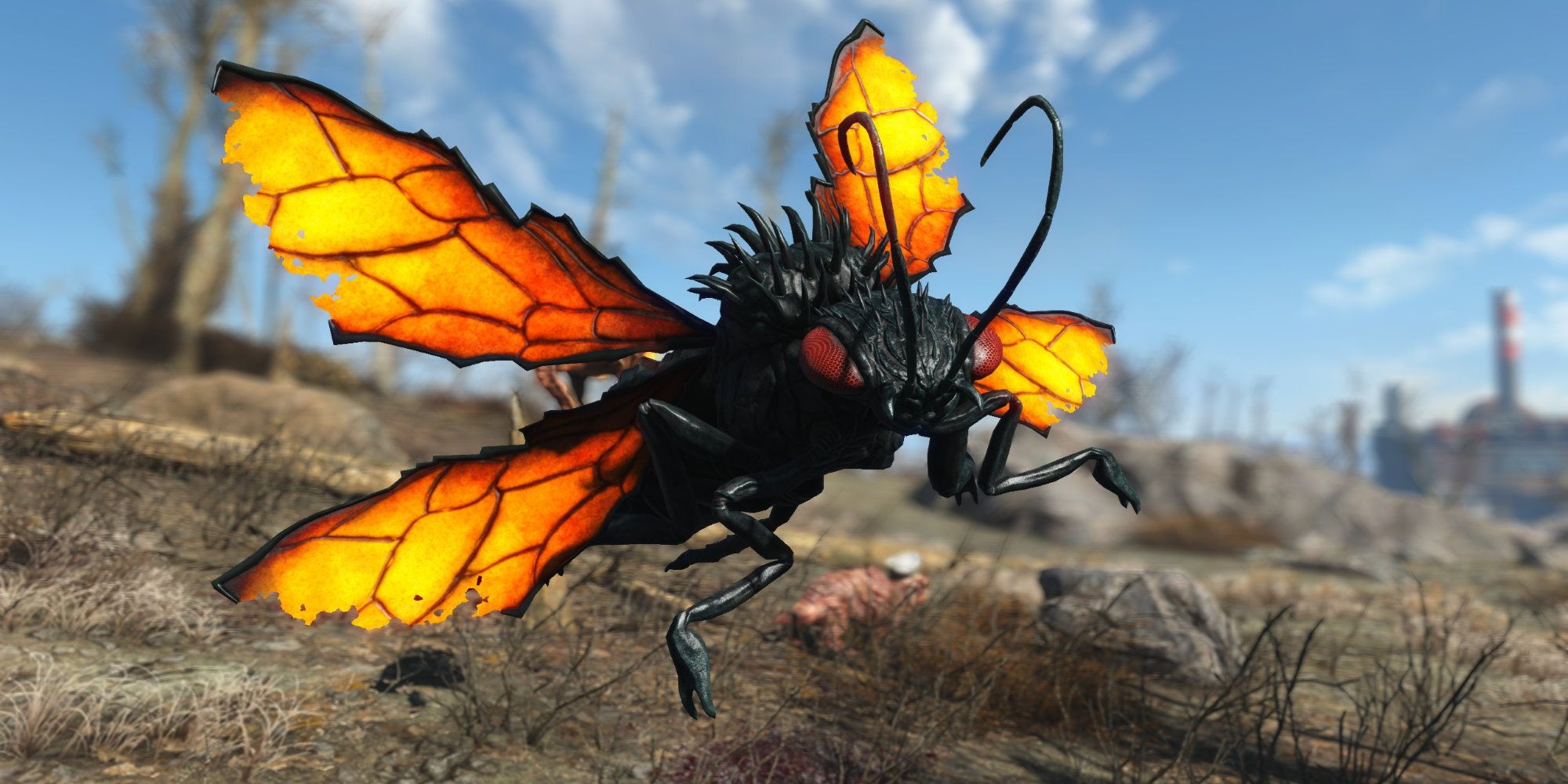 "This adds the dreaded Cazadores from Fallout New Vegas into Fallout 4,” reads the mod description, “now you can experience the pain of these swift creatures in Commonwealth!"

According to the info posted on Nexus Mods, this mod will make Cazadores appear all over the Commonwealth but will be most common near the Glowing Sea. They'll also appear in groups and sometimes alongside Stingwings, which are basically mutated scorpionflies rather than wasps.

The mod will add five variants of Cazadores, from standard size to "large, and we mean large." They're all fully animated and will attack workshops if they come near your settlements. One recommends decent power armor and an extremely powerful gun to exterminate these bastards. Antivenom can be crafted to help stung settlers, but only after killing a few Cazadores.

One other thing the mod adds is Caz, a new companion that can be found east of Finch Farm at Lynn Pier Parking. She grows over time and will follow you on your adventures throughout the Commonwealth. She also won't sting you, but sadly can't convince her cousins to do the same.

Would you rather your Fallout 4 experience expand without terrifying giant wasps? Try the Sim Settlements 2 mod that recently got a new chapter. It adds to the settlement system with more simulation elements and even some sidequests.