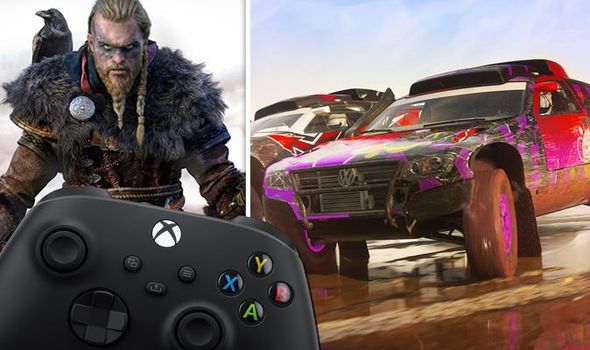 A number of Xbox Series X and Series S launch games have been revealed.

Microsoft recently announced plans to launch its range of next-gen Xbox consoles on November 10. This includes the powerful Xbox Series X, as well as the budget-friendly Xbox Series S console.

With the console release date officially revealed, publishers have started to announce launch games for the upcoming hardware.

This includes Assassin’s Creed Valhalla, which has been given a November 10 release date on all platforms – with the exception of PS5, which doesn’t have a launch date.

“Assassin’s Creed Valhalla launches with Xbox Series X | S on November 10, 2020,” reads an Ubisoft tweet. “Build the legend of a Viking raider on any console.

“Upgrade from Xbox One to Xbox Series X at no additional cost.”

The next-gen versions of Assassin’s Creed Valhalla will take advantage of the console’s superior graphics. It will run at 60 frames-per-second in 4K resolution.

Speaking of Ubisoft, Watch Dogs Legion will also be available as a launch title for Xbox Series X/S.

The open-world hacking game launches on October 29 for PS4, Xbox One and PC. It will take advantage of Smart Delivery technology for Series X and S.

“Assassin’s Creed Valhalla and Watch Dogs: Legion will leverage the Smart Delivery technology, allowing players to buy the game once and play it on either Xbox One or Xbox Series X | S on 10th November, 2020.

“Cross-save functionality between Xbox One and Xbox Series X | S will also be supported on both games so players can keep their progression from one platform to another.”

Elsewhere, Dirt 5 has also been announced as an Xbox Series X and S launch title.

The game is coming to PS4, Xbox One and PC on November 6, followed by an Xbox Series X/S launch on November 10.

To celebrate the announcement, Dirt 5 has been given a brand new gameplay trailer set in New York.

“This Ice Breaker event by Roosevelt Island is at the dead of night, with incredible lighting, atmosphere and fireworks making for a unique racing experience.

“Up to 12 cars can do battle in Ice Breaker events, with multiple layouts and locations available.”

You can check out the Dirt 5 gameplay trailer by pressing play on the video above.