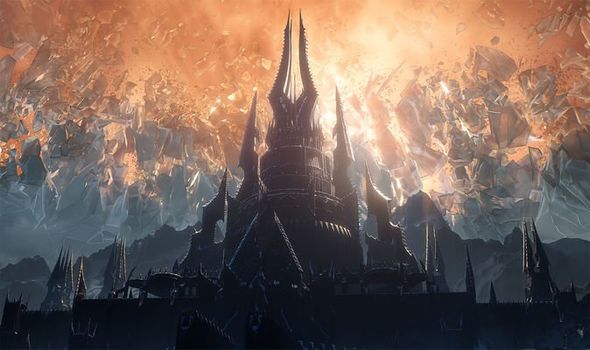 The WoW Shadowlands release date is scheduled for later this month, but that hasn’t stopped Blizzard working on the final product.

As World of Warcraft gamers who have been testing the latest Shadowlands builds will know, there is still plenty of tinkering being done behind the scenes.

A new patch is scheduled to arrive on November 17, which will bring the latest changes to WoW Shadowlands content.

Much of the core experience will remain the same, although tweaks are being made, some of which will be noticeable after the upcoming game maintenance.

A message from Blizzard explains that some trinkets aren’t working correctly and need to be changed before the big launch.

“With a hotfix coming soon to the Shadowlands Beta, we’re addressing a number of overperforming trinkets that we want to bring into line before Shadowlands launches,” Blizzard confirmed this week.

This includes the following items:

Blizzard has also warned that the WoW Shadowlands pre-patch event has also been updated, revealing today:

“The additional second-week content of the Shadowlands Pre-patch, Death Rising, is now available in this region. New quests are now available in Icecrown and capital cities, and you are advised to take extra precautions. Zombies are invading!”

And it won’t be long before the full experience is available to check out across all servers on Battle.Net.

Blizzard has confirmed that the new WoW Shadowlands release date has been set for November 23, 2020, in the United States.

Some gamers were predicting the big rollout out the very next day, as Tuesdays are the usual time for updates and patches.

But World of Warcraft fans will no doubt be ecstatic to find out they are having to wait a day less and won’t be finding themselves holding on following another delay.

While Blizzard has confirmed that WoW Shadowlands will be rolling out on November 23 in the United States, the new expansion will be going live in Europe on November 24.

For gamers in the UK, the WoW Shadowlands release time has been set for 11pm GMT, on November 23.

Meanwhile, gamers in locations like Paris and Berlin will have to wait an extra hour, technically leaving the launch happening on November 24 in those regions.

A message from the WoW development team adds: “I’m happy to share that the expansion will be arriving November 23 at 3 p.m. PST (November 24 at 12 a.m. CET).

“We’d like to thank everyone across the WoW community who helped us get where we are today, including players leveling up new characters in the Shadowlands pre-patch (and keeping Azeroth’s barbers extra busy), as well as all the beta testers who continue to provide us with invaluable feedback on the expansion.

“Since we first told you about our decision to delay, we’ve used the time to further polish the expansion and shore up the endgame, including overhauling the combat and rewards in the Maw, and reworking the Covenant systems to make your choice more immediately impactful and have clearer long-term goals.

“Now the team is in a great position to get things the rest of the way to the finish line before November 23—and as always, we’re committed to working with you to improve the game for as long as you’re out there playing it.”